The new program, unique among major Canadian carriers, allows users to purchase their iPhone device on any two-year voice and data contract, but upgrade to the next iPhone in one year without paying the balance of the device — as long as they return their previously purchased iPhone in good working condition. This upgrade must take place between 13 to 18 months after purchase.

There’s also a limited time frame for an iPhone’s eligibility on the program after it becomes available, though SaskTel doesn’t specify exactly how long.

When the subscriber does choose to upgrade, they can decide if they’d like to do the whole thing over again the next year, and choose ‘Fast Forward’ once again, or select another pricing term option.

To use the ‘Fast Forward’ option, customers must also pay a $3 monthly ‘participation fee.’ 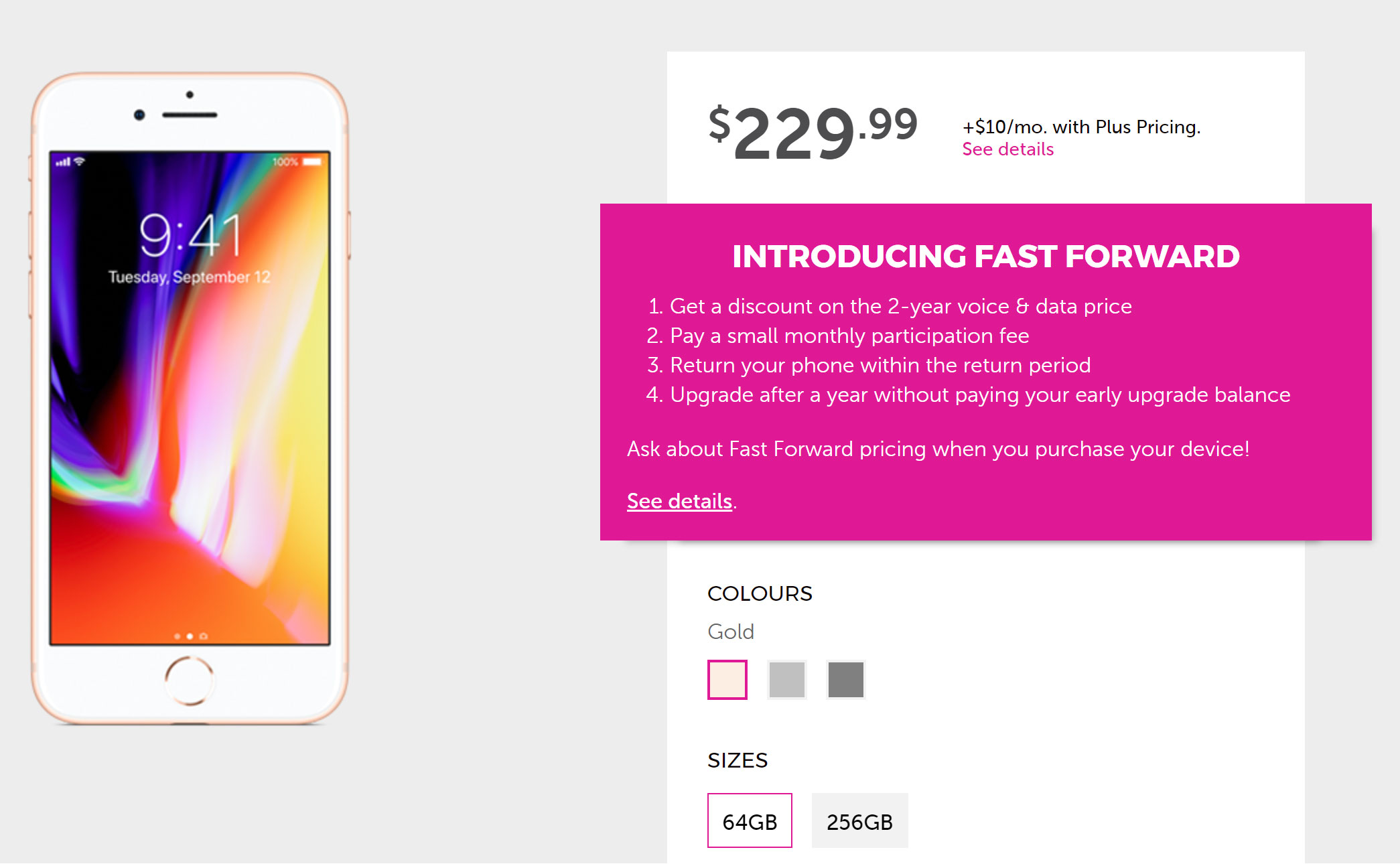 The program is not available over the phone or online, just at SaskTel stores or authorized dealers.

If a customer fails to return their old iPhone within the return period, or if it’s not in good working condition, they’ll be charged the full payback amount, equal to the discount they received when they purchased their phone — exactly one day after the return period ends. To make sure the charge doesn’t catch customers by surprise, SaskTel will send text message reminders.

In the U.S., programs like this are not uncommon. Not only is there the iPhone Upgrade Program through Apple, but also through various U.S. carriers like AT&T, Sprint and T-Mobile.

Canada’s first iPhone early upgrade program was Telus’ T-UP! in 2013, which gradually grew to include other smartphones, but that was subsequently discontinued in 2016. Currently, none of the major carriers have a similar program one-year program, and the iPhone Upgrade Program is not available in Canada.