Balsillie has over 100,000 hockey fans behind his Coyotes offer 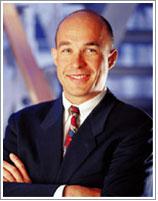 Earlier in the week we reported on how RIM co-CEO Jim Balsillie made a $212.5 million offer for the Phoenix Coyotes. He sent out a press release today to thank the over 100,000 fans who stand behind him. Imagine if he can turn an NHL Team into another successful Canadian legacy.

“Today we went over 100,000 people who have signed up to www.makeitseven.ca to demonstrate their enthusiasm for an NHL franchise in Southern Ontario and a seventh NHL franchise in Canada. I want to thank all those fans all across Canada and the United States who’ve signed up to support our bid. Your many heartfelt messages and best wishes have meant a lot to me. I have been making the case that Southern Ontario is the best under-served hockey market in the world. The support of these 100,000 fans, in less than a week, goes a long way to helping prove that point. Lets keep it going.”