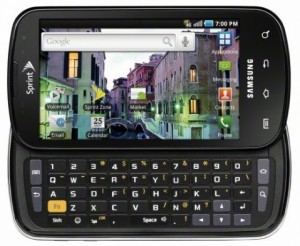 Yesterday we let you know that Bell was going to be launching the Samsung Galaxy S “Virbrant” in late July. This Android-powered device runs OS 2.1, has a wicked 4-inch Super AMOLED display and a 5 megapixel camera. A press release went out this morning with all the details (see here).

For all the people who wanted this device to be available at TELUS or Rogers (or another carrier) there’s a glimmer of hope in the coming months. A one-liner at the bottom of the release caps everything off: “Canadian consumers can anticipate the release of additional Galaxy S smartphones throughout the rest of 2010.”

So this could mean the “Vibrant” is going to other carriers… or it could also mean that the Samsung Galaxy S Pro (Samsung Epic 4G in the States) is coming to a Canadian carrier.