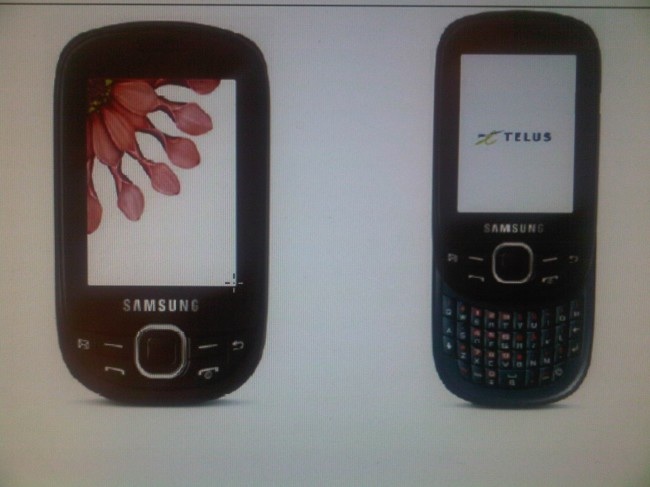 Remember that mysterious Samsung “Elevate” that we found on the Samsung Canada website a couple weeks back? Well – thanks to our friends over at IntoMobile who got tipped that the Elevate is actually heading to TELUS for $199 no-contract and $49 on a 3-year contract.

In addition, you can see by the image that it’s a slider that has a full QWERTY keyboard. Very Samsung Flight like or Palm Pre. Other known specs are that it has a 2.6-inch QVGA display, 1.3 megapixel camera, media player, Bluetooth, 3G. This is apparently available today but nothing has shown up online yet.

UPDATE: The Samsung Elevate is also known as the Samsung t356. We posted this news last week as it’s heading to Koodo Mobile and will be their 2nd confirmed HSPA device. There is no official Koodo launch date yet but we posted the possible price point to be  around the $300 range… so it’ll be interesting to see what TELUS actually launches this at. You can check out the internal screenshot here.

(Thanks Simon!)
Via: IntoMobile