Survey reveals Canadians are still using their smartphones while driving

Many provinces across Canada banned the use of electronics while driving years ago, with fines for those caught starting at $280.

A national survey of 1218 residents by Allstate Insurance reveals Canadians are still using their devices behind the wheel. The Canada Distracted Driver Poll noted that 40% of all collisions happen near intersections, and 36% admitted to using a smartphone while stopped at a red light, while 18% admitted to sending a text.

The survey also found a third of drivers said that receiving a fine or ticket was enough incentive not to use their phones while driving, but men are six times are more likely to continue reoffend once a fine has been issued. 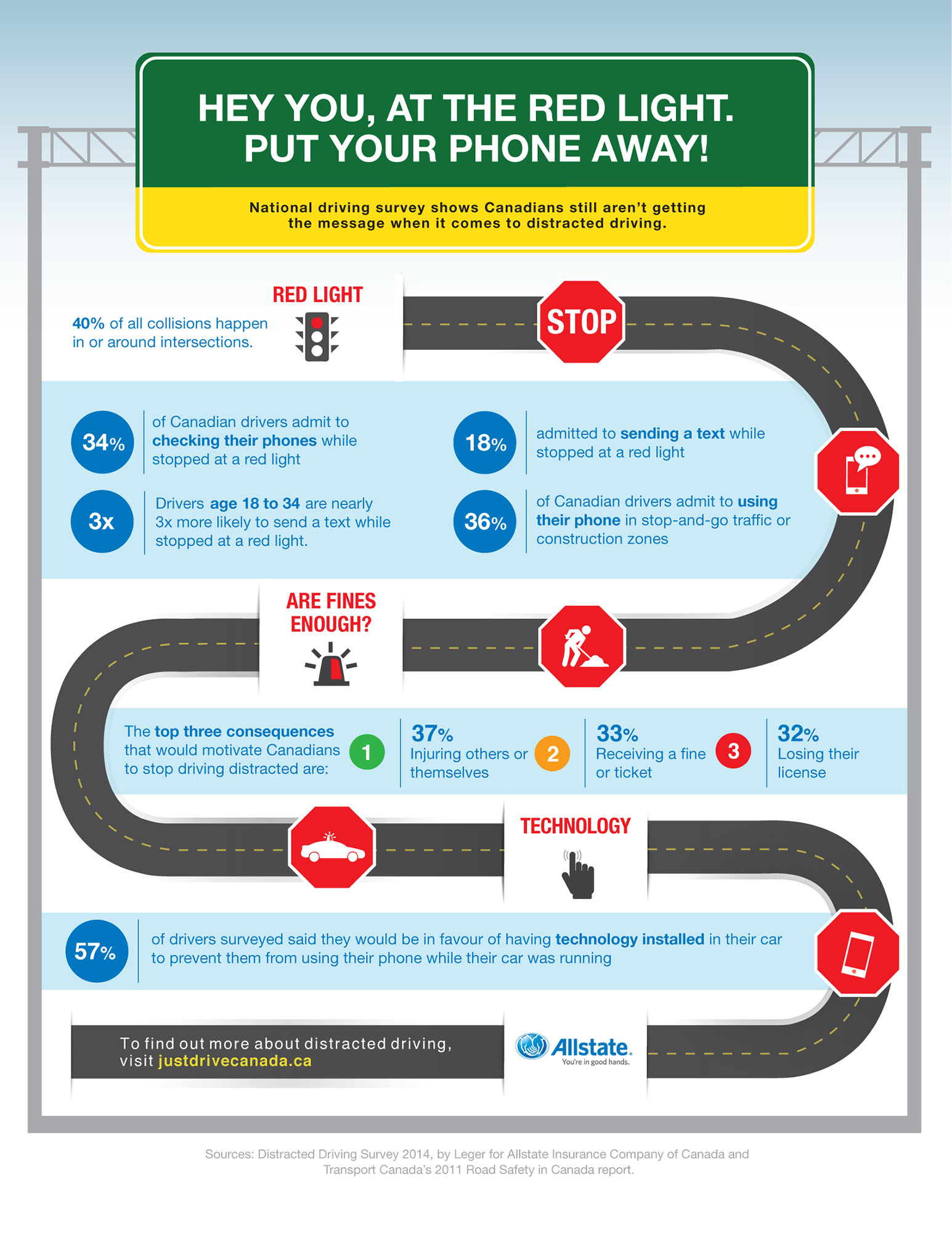