Smartphones and mobile data have made it much easier for us to get our internet fix. Before, we had to plant ourselves in front of a computer, be that at home, at work, or in an internet cafe. Now, we can log on and check Twitter or read the news while waiting in line at the bank. No surprise then, that ComScore’s data has revealed nearly half of all the time Canadians spend online is on mobile.

Interestingly, while the smartphone audience gender split shows 51% male and 49% female, women make up a larger percentage of Canada’s mobile-only internet users (that is, the people who use only their phone to connect to the internet and don’t use a desktop computer at all). Speaking to Metro, ComScore’s Paul Rich said that of the 4% of Canadians accessing the web through only mobile, 55% were women.

ComScore also reports that tablet ownership in Canada is up 37% since just last year (June 2013), while smartphone ownership is up 12% in the same amount of time. British Colombia saw the biggest increase, with smartphone penetration rising to 80 percent, up 11 points since last year. The Prairies sits at 81% (up 7 points), Ontario is at 80% (up 5 points), Quebec is the lowest at 72% (up 5 points), while Atlantic Canada is at 75 percent penetration (up 8 points compared to last year). 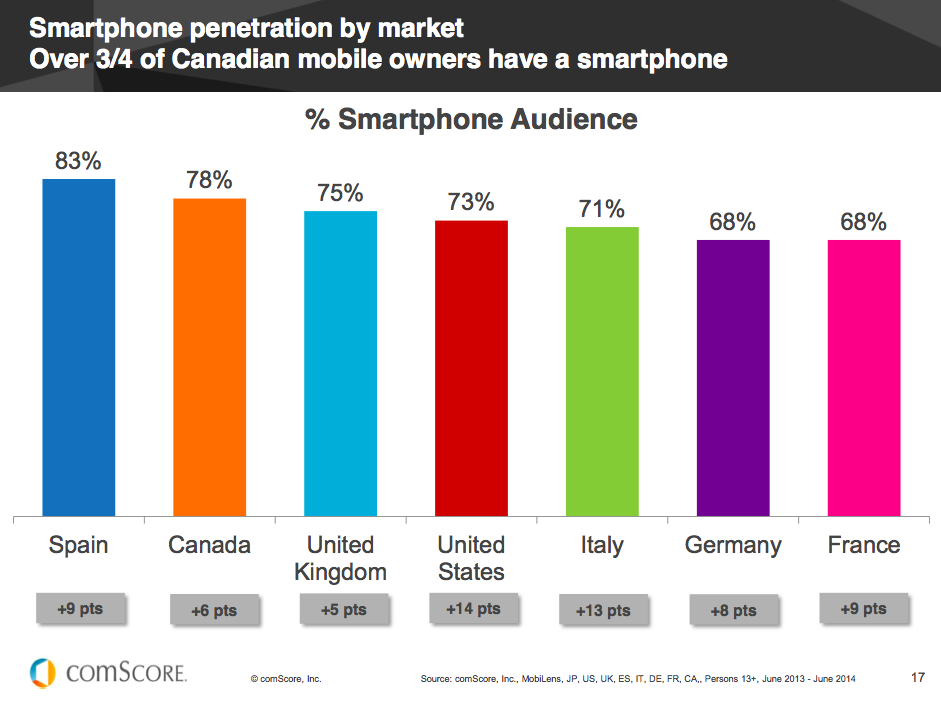 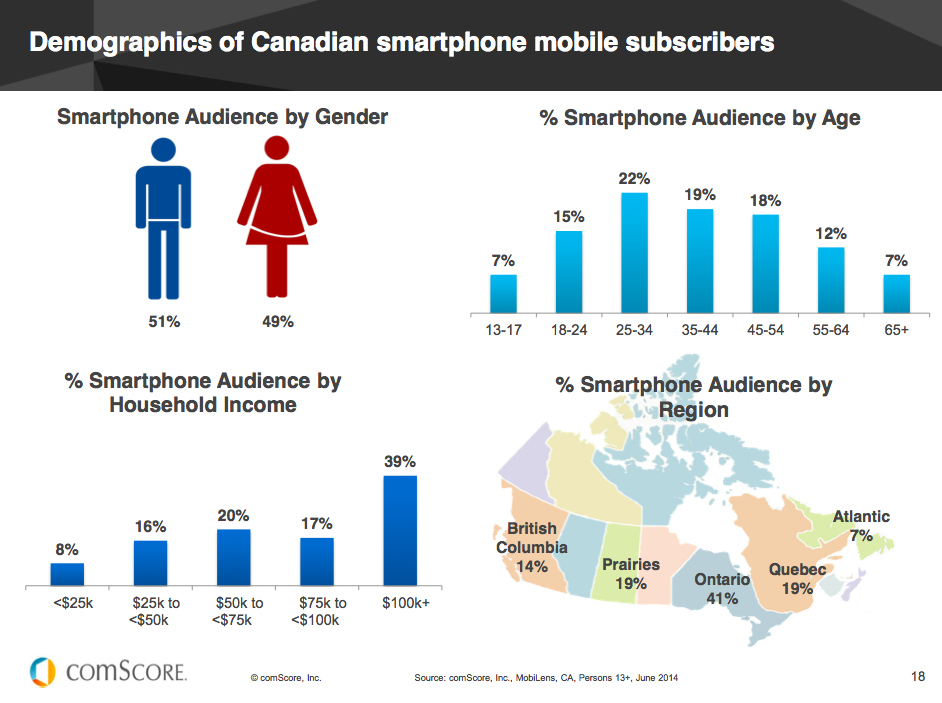 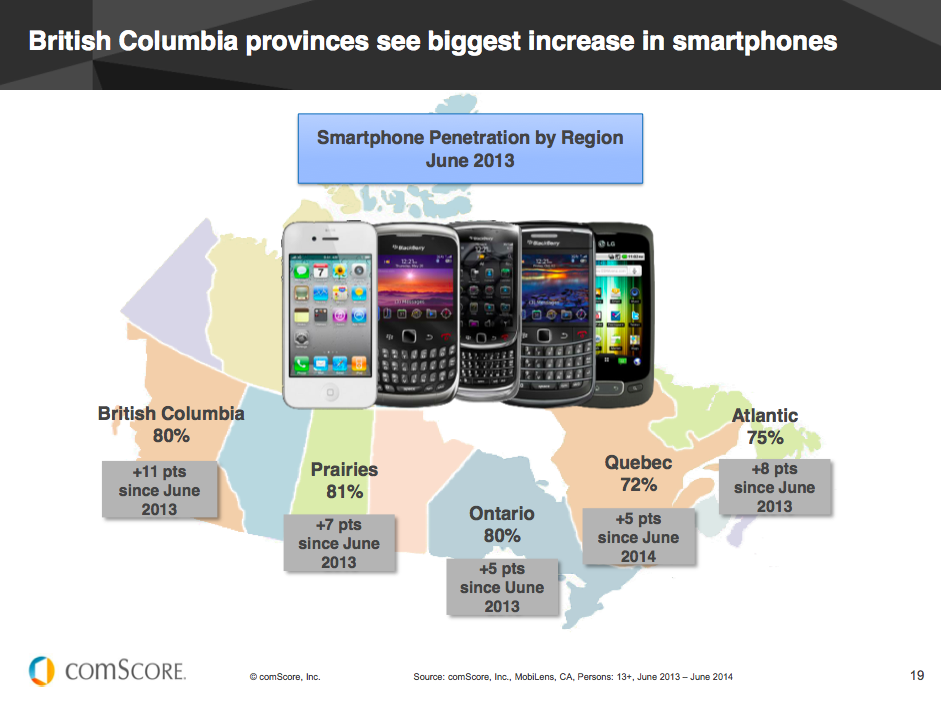 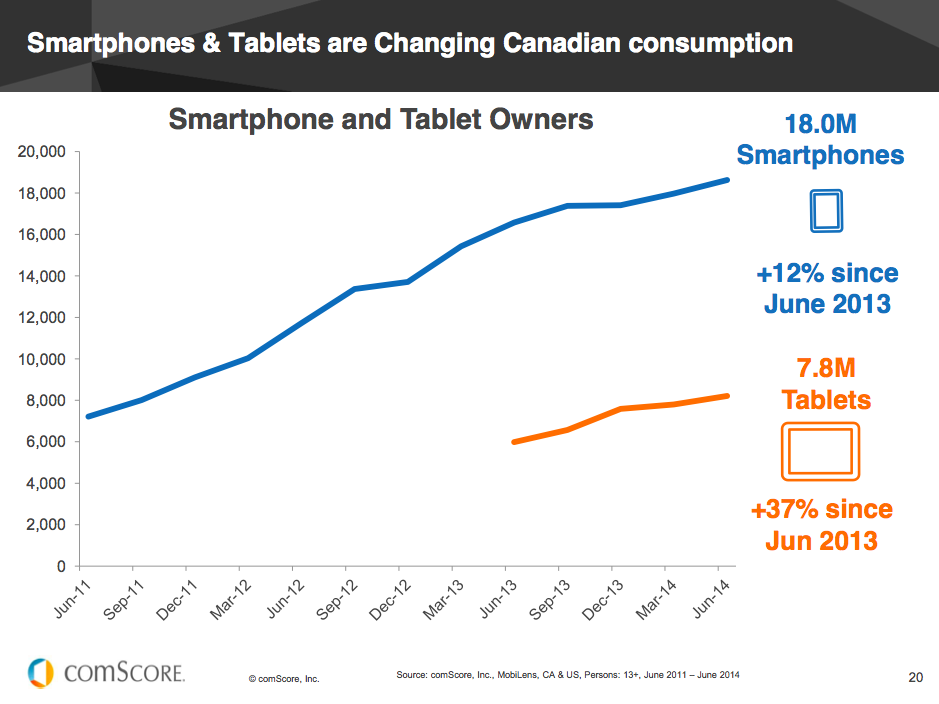