Up until now, the leaked Sony emails haven’t really come near our little world of consumer-orientated mobile technology. Because the target of the hack was Sony Pictures, most of the information revealed in these emails has related to upcoming movies or the executives within the company itself. However, thanks to the wonderful concept of product placement, we now have some details on Sony’s smartphone plans for next year. 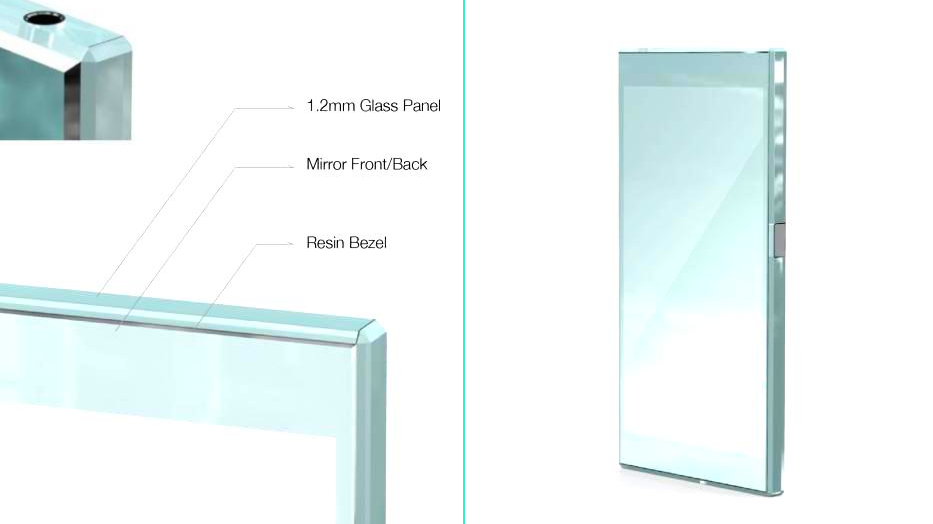 Gizmodo cites product pitches from Sony’s electronics division that include renders of unannounced Sony Mobile products for placement in the new Bond movie. The email specifically mentions ‘the new Z4 phones’ (that’s right, plural) and says that these devices are scheduled for May/November releases. The emails also mention that Sam (presumably Sam Mendes) and Daniel (likely Daniel Craig) will see the renders and give their own input on the design.

Sony’s renders show two different phones, one of which features the familiar hard, square edges we’ve come to expect from the Xperia Z line and a glass front and back. The other device (pictured up top) looks a little bit like the Lumia 830. It’s got a metal frame with a softer material overlaid on top.

The emails don’t give away anything about the specs of these devices, but Sony has never had an issue putting together an impressive spec sheet. Design is where Sony’s phones have started to feel a bit tired over time. Though the company continues to refine the aesthetic of its flagship Z line, we haven’t seen any significant or exciting changes in the design since the original Z launched in early 2013. Over the last two years, we’ve seen three updates to this flagship phone (plus multiple sub-branded Z phones of different sizes and specs) and each one is a bit thinner and sleeker than the last, but nothing major has changed.

Sony Mobile also apparently has a wearable band with a curved display that’s available in multiple colours. Sony has been making smartwatches for a while and just debuted the SmartWatch 3 here in Canada.

A May release date for one of the phones would make for a timely MWC unveiling (early March). It’s likely the November device will be unveiled at IFA in the fall.