Neptune, the company that brought us the GoPro-like Neptune Pine that was more phone than watch, has announced its newest product, the Neptune Duo. This device is the vision that Neptune CEO, Simon Tian, had in mind when he founded the company in 2013. Then 18-years-old, Tian said the vision was “too big” so the Pine was built to serve as an “interim product. So what’s the big idea? 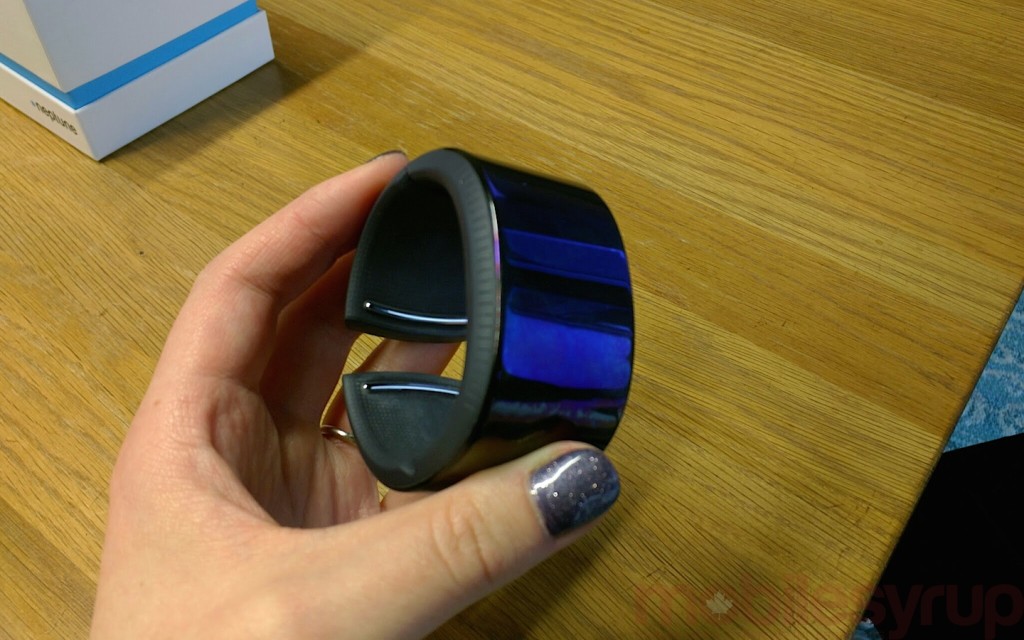 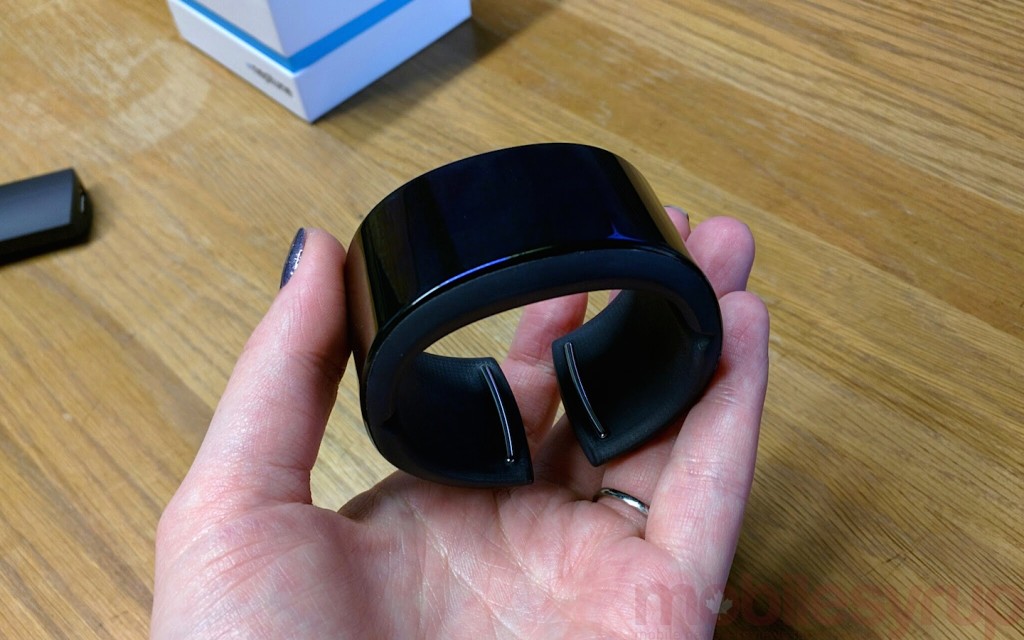 The Neptune Duo is a smartwatch/phone combo that flips the already-established smartphone+companion device pairing on its head. Instead of the watch serving as an add-on to your phone, it’s the other way around. Tian explained during our briefing that today’s smartwatches are nothing more than “dummies” that don’t actually do anything without your phone. Even with your phone, smartwatches don’t offer anything more in the way of functionality. All they do is cut out the time you’d spend taking out your phone to check for notifications. 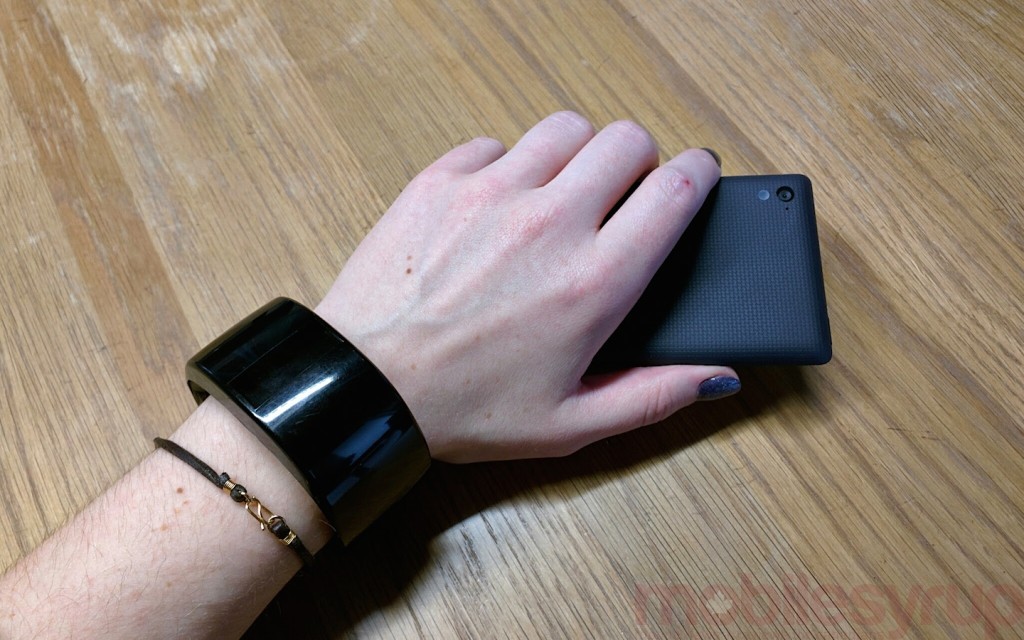 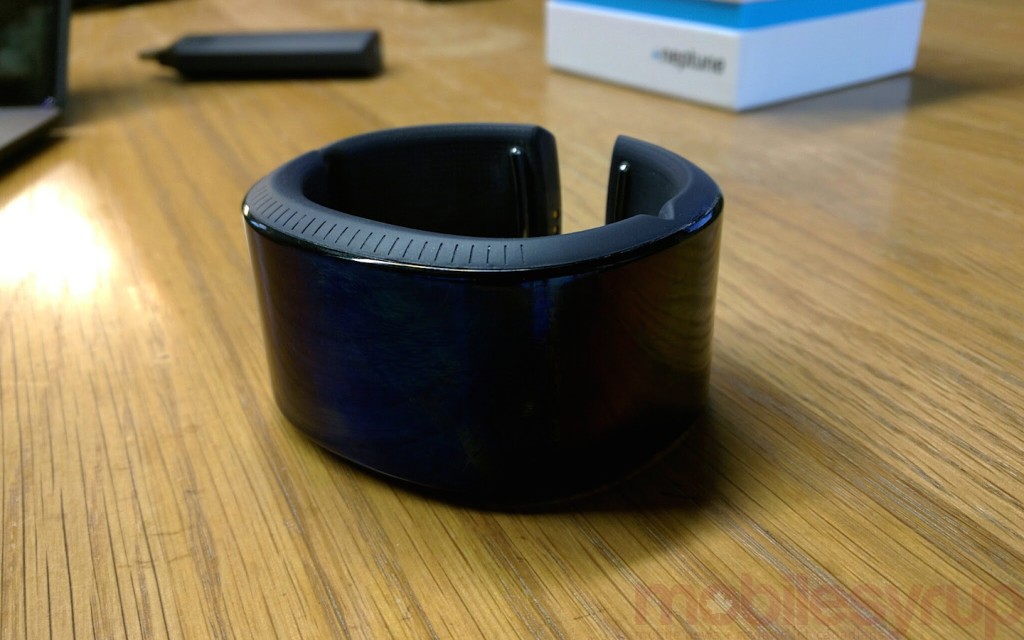 Tian’s solution is to make the watch a phone. The watch half of the Neptune Duo is called the Hub and it houses the SIM card, the GPS, a microphone, a quad-core processor, and a 1000mAh battery. It can make calls, send texts, run apps, and stream video to your “phone.” Why the bunny ears? Because it’s not actually a phone. The other half of the Neptune Duo is the “Pocket Screen,” a display (with a 2800mAh battery) for your watch.

The Pocket Screen does have a mic and a speaker so you can “make” calls, but that call is still being made through the watch and routed through to your phone. In this scenario, think of the handset as the Bluetooth headset and the watch as the phone powering it all. Thankfully, the Pocket Screen also has a camera, because even though he’s trying to offload everything to the wrist, Tian doesn’t expect us to snap photos with our watches. What a relief. 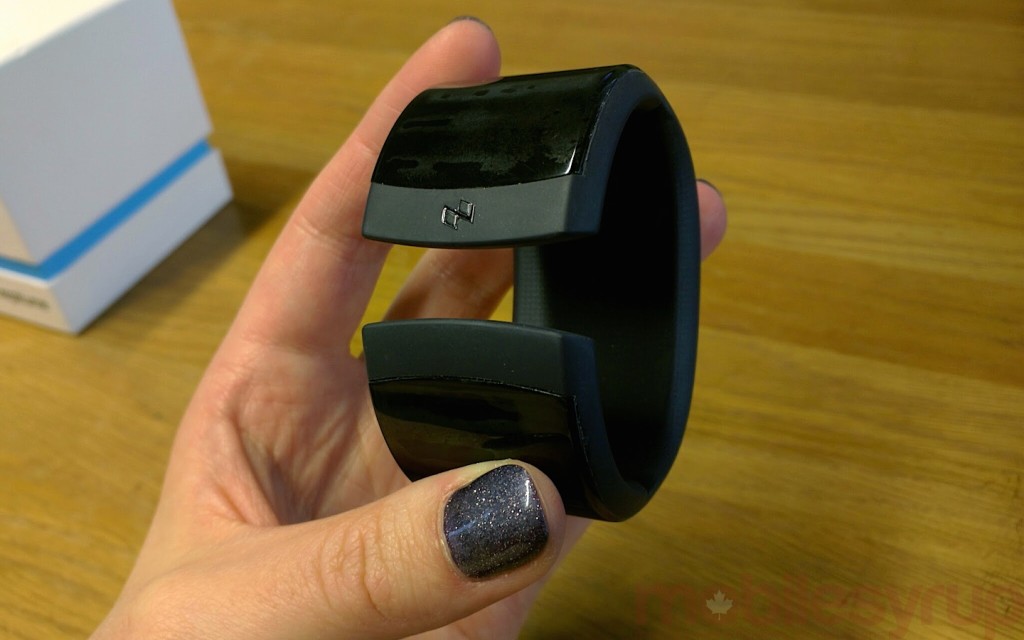 The Pocket Screen is really, really dumb (Tian says: “It doesn’t need to be smart”). It won’t remember any of your personal information. The upside of that is that you don’t need to worry about it getting stolen. What’s more, theoretically, if you leave your house wearing the watch but forget your Pocket Screen, you can just borrow mine, pair it with your phone, and send all your emails and texts like normal. 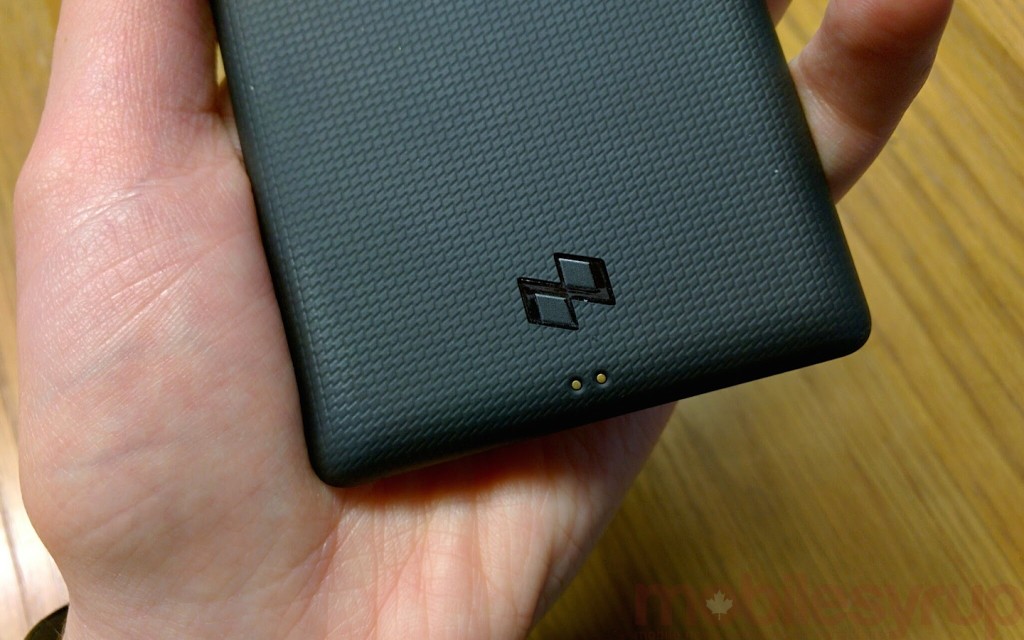 The unit we saw (pictured above) was a non-working prototype. It was extremely comfortable, and the Pocket Screen extremely light, but it’s hard to pass judgement on such an early stage prototype. The real deal could well be heavier or more bulky than what we saw last week. That said, in terms of design, the Neptune Duo is pretty sleek. It is more bracelet than watch, and Tian says the display will cover about 60% of the bracelet’s surface area. That should be enough to scroll through messages and emails before deciding whether you need your Pocket Screen or not. The Pocket Square is very thin, though we imagine incorporating a decent camera module will mean a thicker finished product (or at the very least a protruding camera).

It is more bracelet than watch, and Tian says the display will cover about 60% of the bracelet’s surface area. That should be enough to scroll through messages and emails before deciding whether you need your Pocket Screen or not. The Pocket Square is very thin, though we imagine incorporating a decent camera module will mean a thicker finished product (or at the very least a protruding camera). 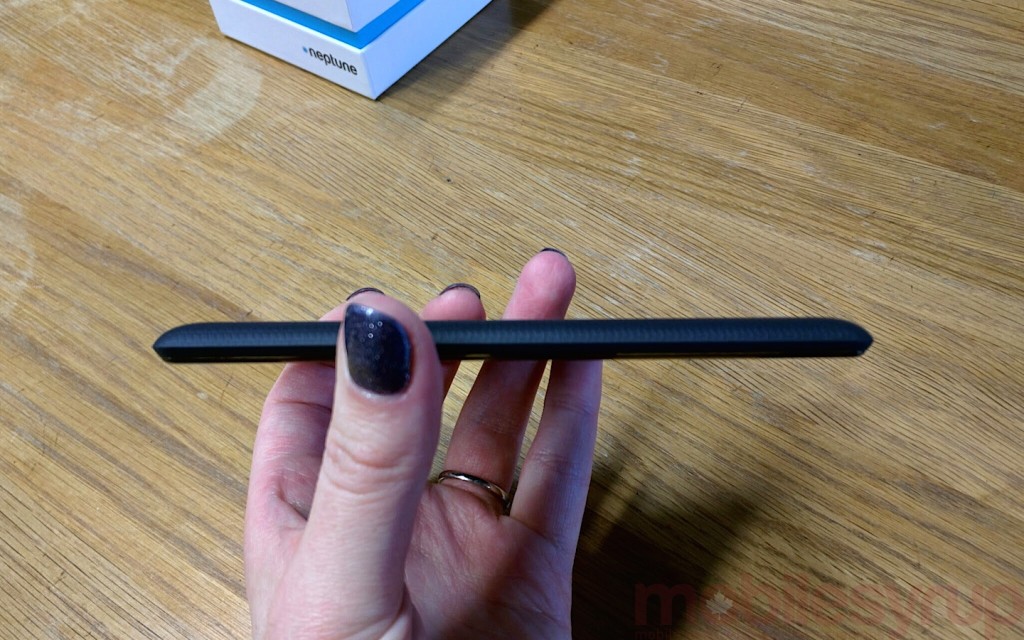 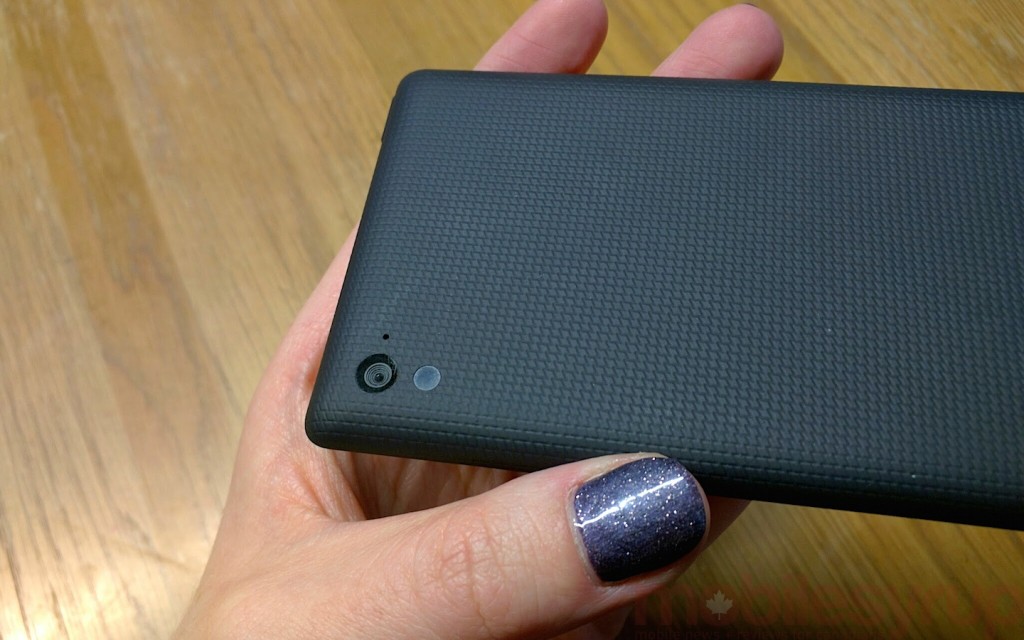 The Neptune Duo package is up for pre-order now via a pledge system on Neptune’s website. Because it’s essentially a phone, it’s more expensive than your average smartwatch. Those willing to pledge the full cost up front will be charged $498. If you pay $199 now, you’ll be charged $399 at shipment. If you pledge $49, you’ll be charged $649 when your order ships. If you don’t want to pay anything up front, you’ll have to pay a whopping $749 when your order ships. That’s a lot. 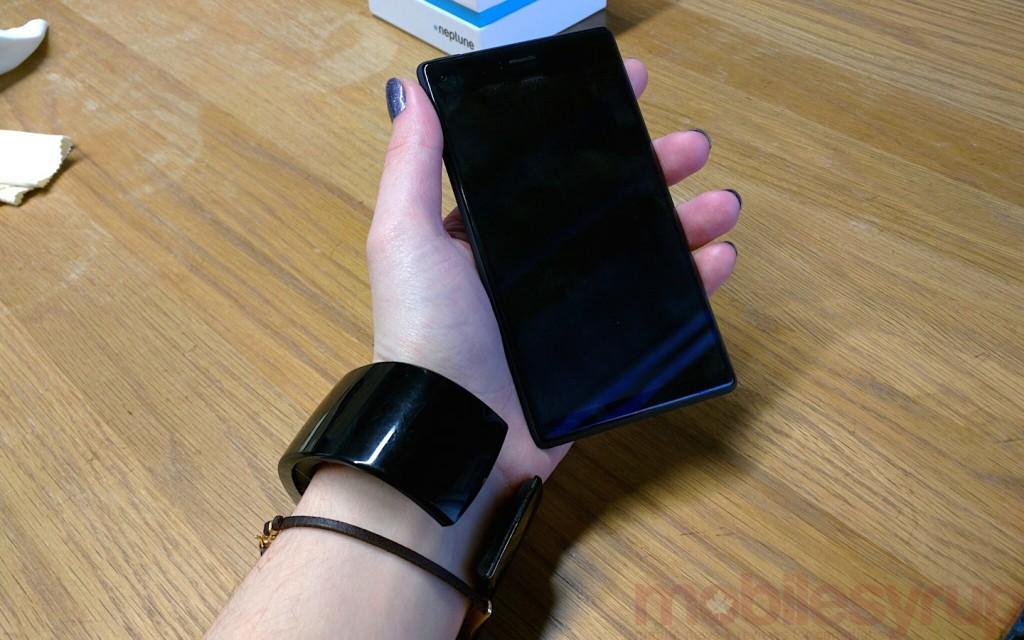 Orders won’t ship until the end of the year, and Tian does expect those who purchased the Pine (which was itself a standalone smartphone in watch clothing) to upgrade to this new device. The Pine, thanks to its status as an “interim device,” will be discontinued. The young CEO promises current devices will continue to be supported, though he didn’t say in what capacity or for how long.