The Z4 offers a lot of value, but does it have the chops to take on the excellent Pixel 3a?

When the Lenovo-owned smartphone maker introduced the Moto Z series back in 2016, it joined other manufacturers like LG in pushing the ‘modular’ phone concept. However, that promise of a customizable phone hasn’t felt like more than a gimmick in the years since, and in many cases, has restricted Motorola’s ability to innovate with its Z line.

The problem that Moto Mods — what Motorola called its modular accessories — creates is that its phone can’t significantly change in physical size or shape. If it did, it would break compatibility with the mods. Additionally, because the mods attach to the rear panel, Motorola couldn’t add standard features like a fingerprint scanner to the back when displays began growing, and bezels started shrinking, pushing the scanner off the front. With the Moto Z3, Motorola opted to put the scanner on the side of the device, a less-than-ideal solution.

Motorola promised to support its Moto Mods system for three years. The company just announced the fourth generation of its Z line, the Moto Z4, and for those holding out hope that Motorola would ditch the mods now that it’s passed the three-year mark, you’re out of luck.

Not only did Motorola keep Moto Mods around, but the company is also doubling down in hopes to add even more value to the Z4 — a device that’s already shaping up to be a tremendous upper-mid-range device. 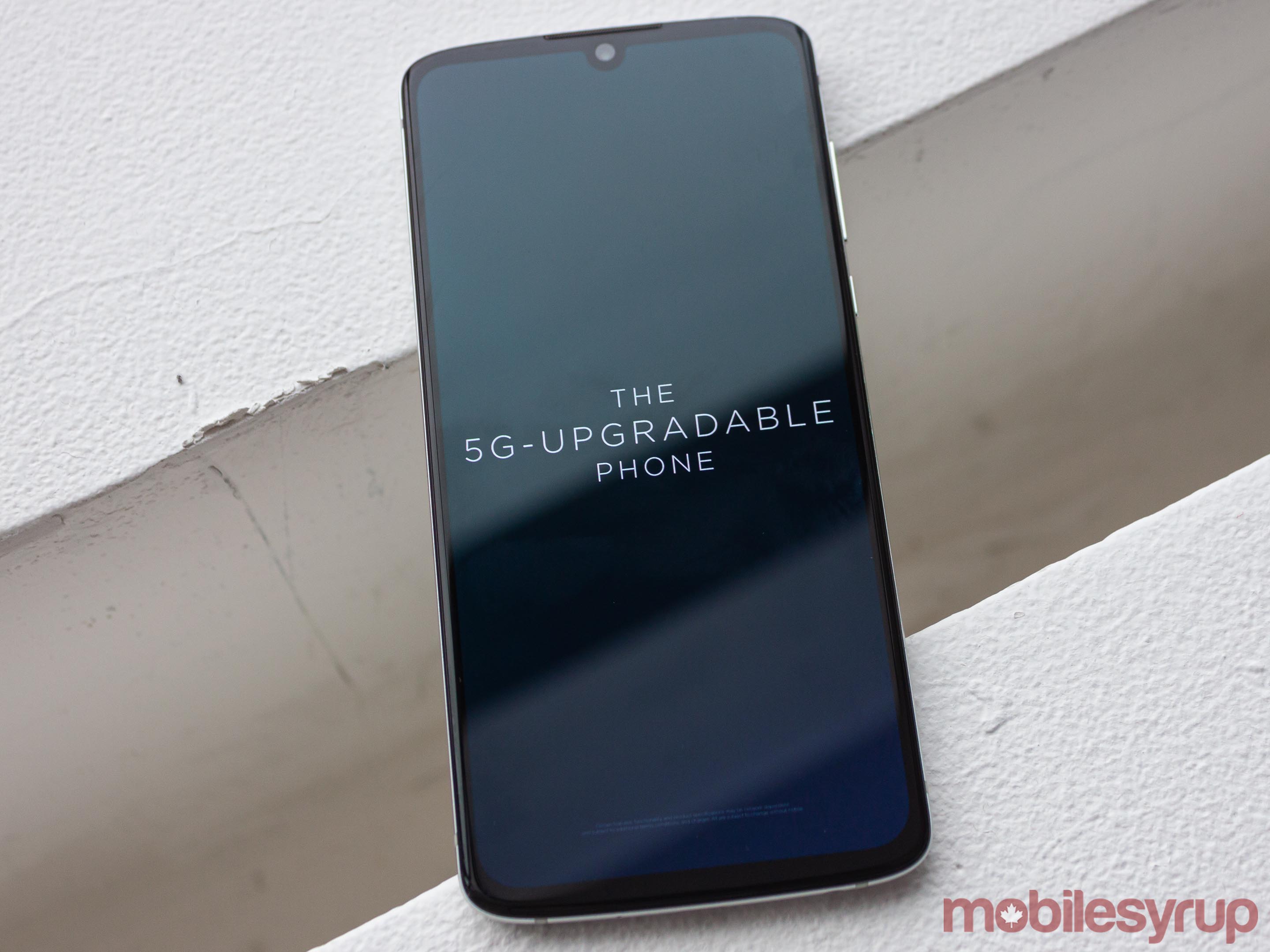 It’s all about the mods 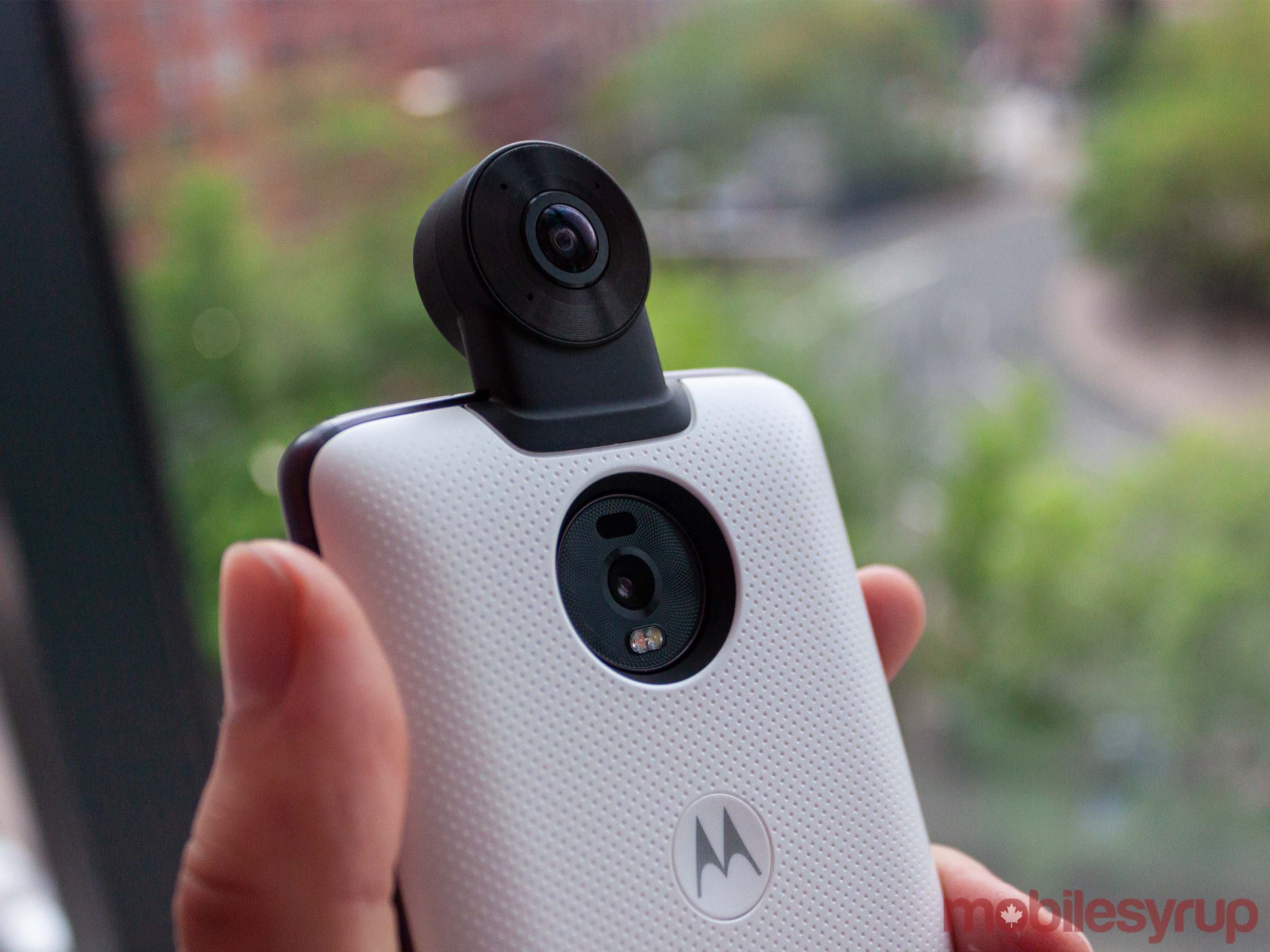 Motorola invited me to attend an event in New York City where they pulled the wraps off its Moto Z4 — an announcement only partially spoiled by the guy who bought a Z4 on Amazon and received it just hours before the event.

Much of the event focused on the Moto Mods, and Motorola had a good reason for it. According to Motorola’s head of product, Doug Michau, customers are highly satisfied with the Moto Mods experience. Michau said on stage that 85 percent of people who owned mods were satisfied.

It’s an impressive number, but it doesn’t count for much in a market where the Mods have been hard to get at best, or non-existent at worst. That has long been one of MobileSyrup’s biggest gripes about the Z series phones, but it looks like Motorola is working to improve that too.

A glance at Motorola’s website reveals nine of the mods are available for purchase in Canada, compared to the 13 south of the border (not counting colours and variations on the same thing). For the most part, the missing mods are negligible anyway — the 5G mods aren’t in Canada, but we don’t have a 5G network yet, the Alexa mod is also missing (but no one is missing it) and a couple of the speaker mods as well, although we still have access to a JBL one.

Another way Motorola is hoping to change the mods scene is by including its 360-degree camera mod with the Z4 when you buy it outright. Considering that mod costs $359.99 CAD, and the Z4 retails for just $499 USD (about $673.20 CAD), that’s an incredible offer that adds a lot of value to a device competing in the incredibly crowded mid-range market. 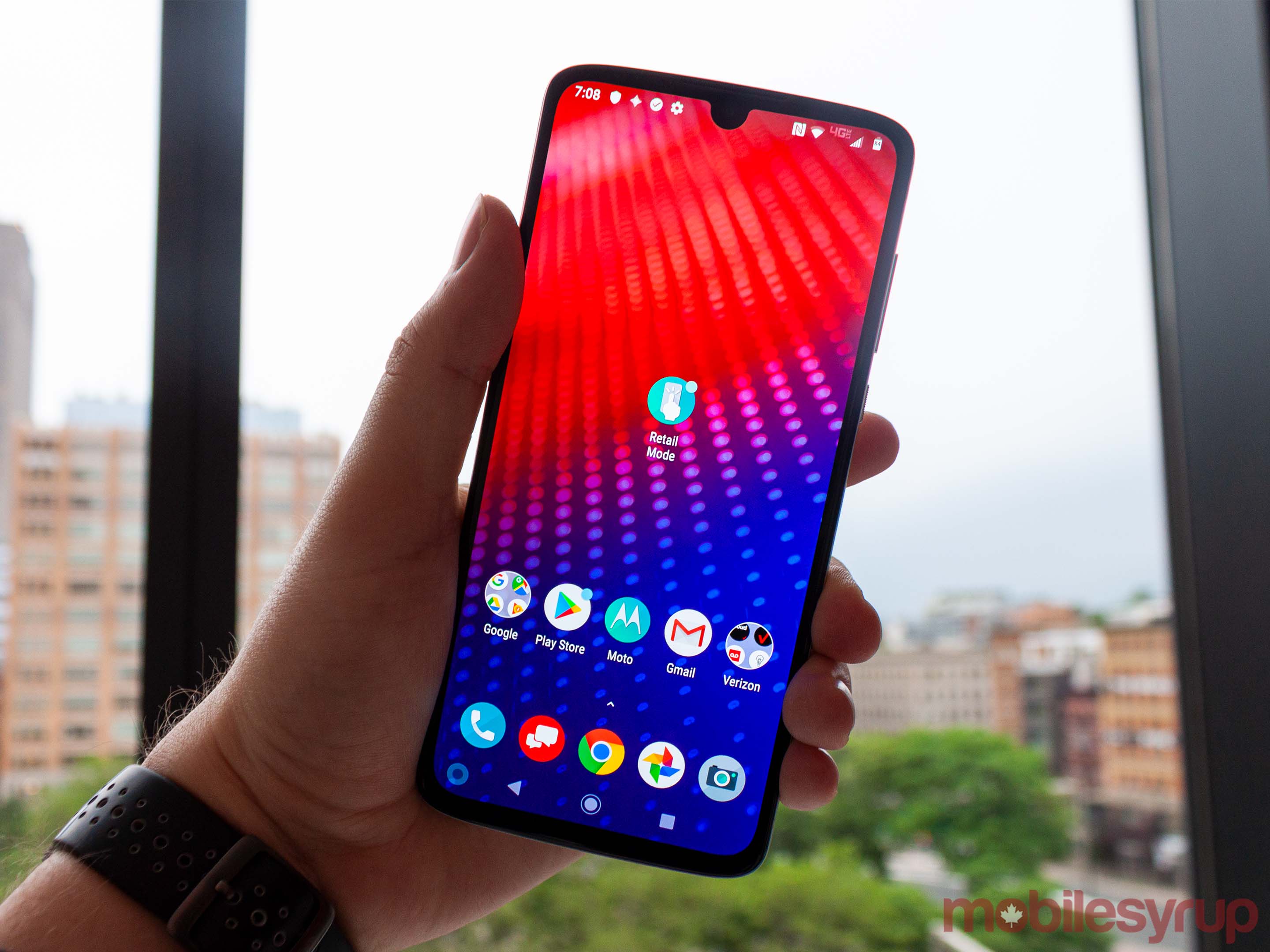 It’s no surprise, then, that Motorola is putting everything it can into the Z4 and shaping it into a real competitor, at least in the U.S. It remains to be seen how Motorola prices the phone in Canada. Last year’s Z3 Play was $800 outright in Canada at launch, despite being priced at $499 in the U.S.

A similar pricing misstep this time around could make the Z4 a hard sell, even with the added value. 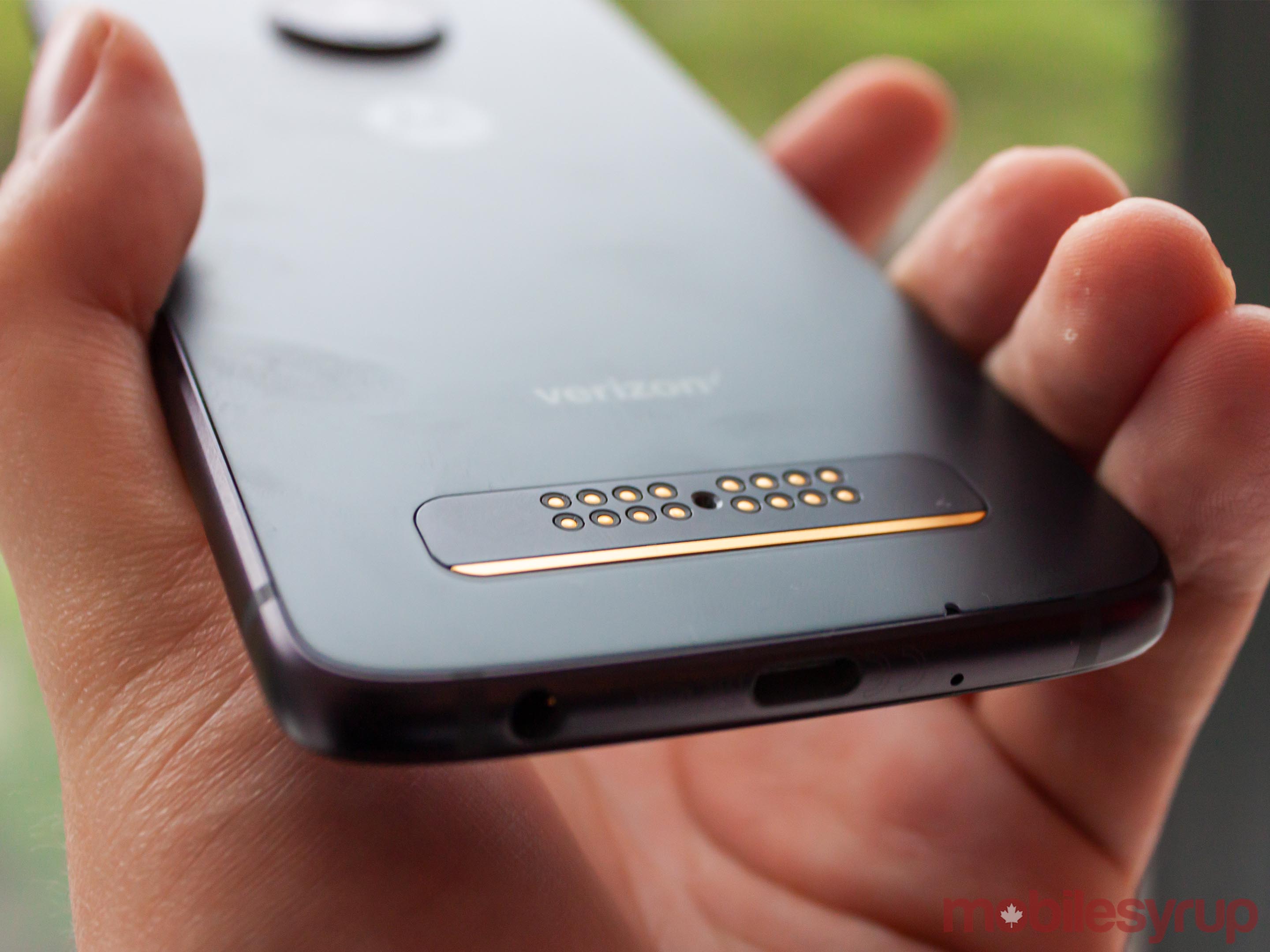 While I haven’t spent much time with the Z4 yet, I can say that my brief time with the phone revealed a smart, well-designed product from Motorola.

The Moto Z4 comes in two colours, white and black. The white colour is beautiful, but to me, it looked dated — the aluminum frame around the glossy white back appeared odd to my eyes. The black, however, was stunning. Motorola says it used an etched matte glass and boasted that it was fingerprint resistant. The claim needs more thorough testing, but the display units at the event got smudged up rather quickly.

Around the front, you’ll find the Z4’s 6.4-inch Full HD+ OLED display with what Motorola calls a ‘micro-notch.’ Really, it’s a small notch just big enough for the front-facing camera, similar to what you’d find on the Essential Phone. While it doesn’t look as slick as something like the OnePlus 6T’s waterdrop notch, it doesn’t take up a lot of space, which suits me fine.

Finally, the Z4 holds onto the massive camera bump, which doubles as an anchor for the Moto Mods. Inside that bump, however, are some pretty impressive specs. 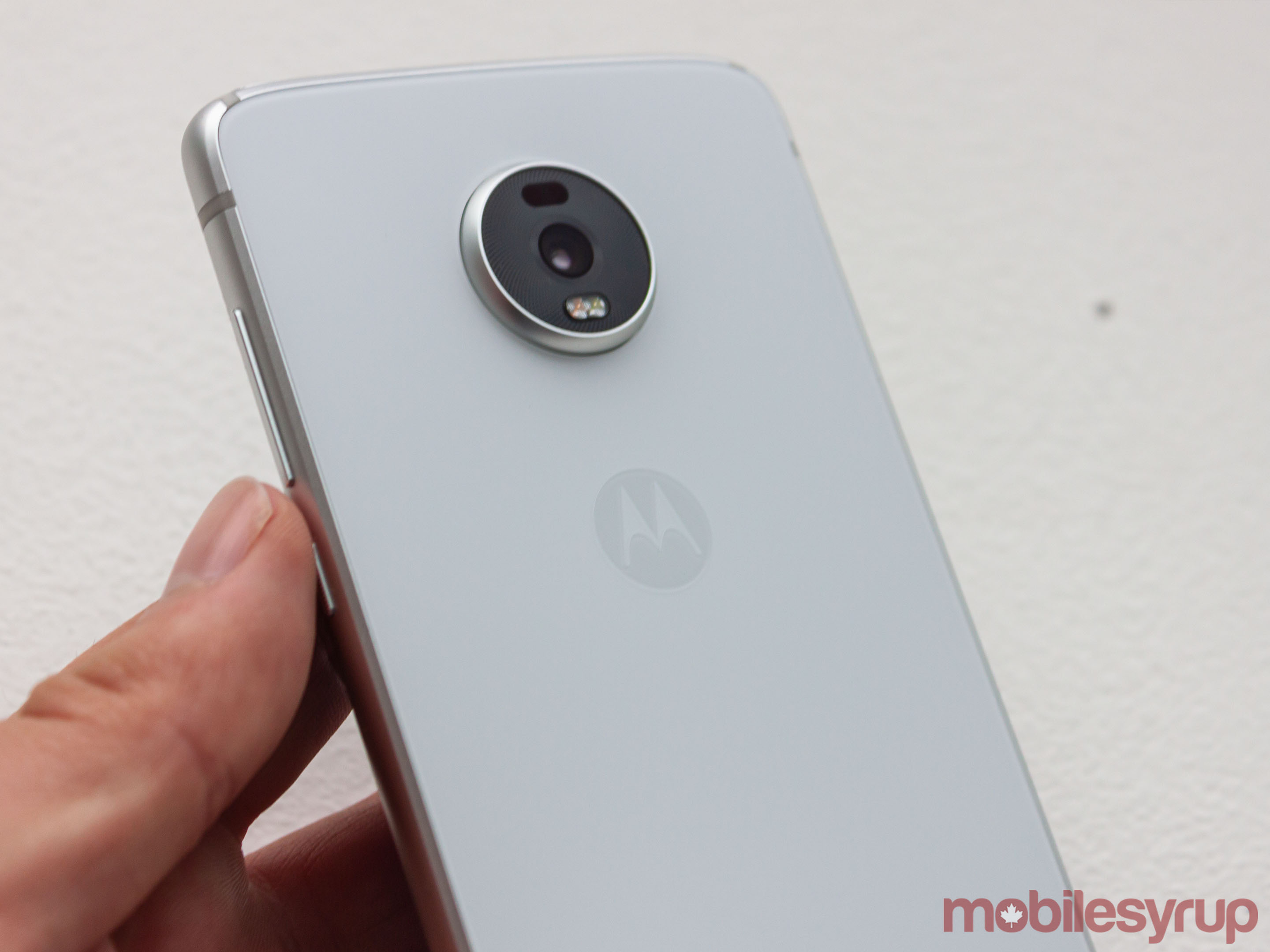 Motorola talked up its camera a lot. Unlike last year’s Z3 Play, which featured two rear cameras, the Z4 only has one. However, that one camera packs in 48-megapixels, has OIS and what Motorola calls ‘Quad Pixel tech,’ which helps with extreme low-light performance. Additionally, Motorola says the camera has a larger sensor than most flagships to improve low-light performance further. On the front, there’s a 25-megapixel camera also sporting Quad Pixel tech.

Whether all those pixels will help the camera remains to be seen.

It’s also worth noting the Z4 features several smart camera features, from simple ‘auto-smile’ to take selfies with a grin to ‘Night Vision’ for low-light photos. There’s also an interesting ‘Smart Composition’ feature that can automatically crop and adjust your photos to match the rule of thirds and make your shots look more professional.

As with most things, these features sound great on paper, but to see how well they actually work, I need to spend more time with the phone.

Reaching for the mid-range crown 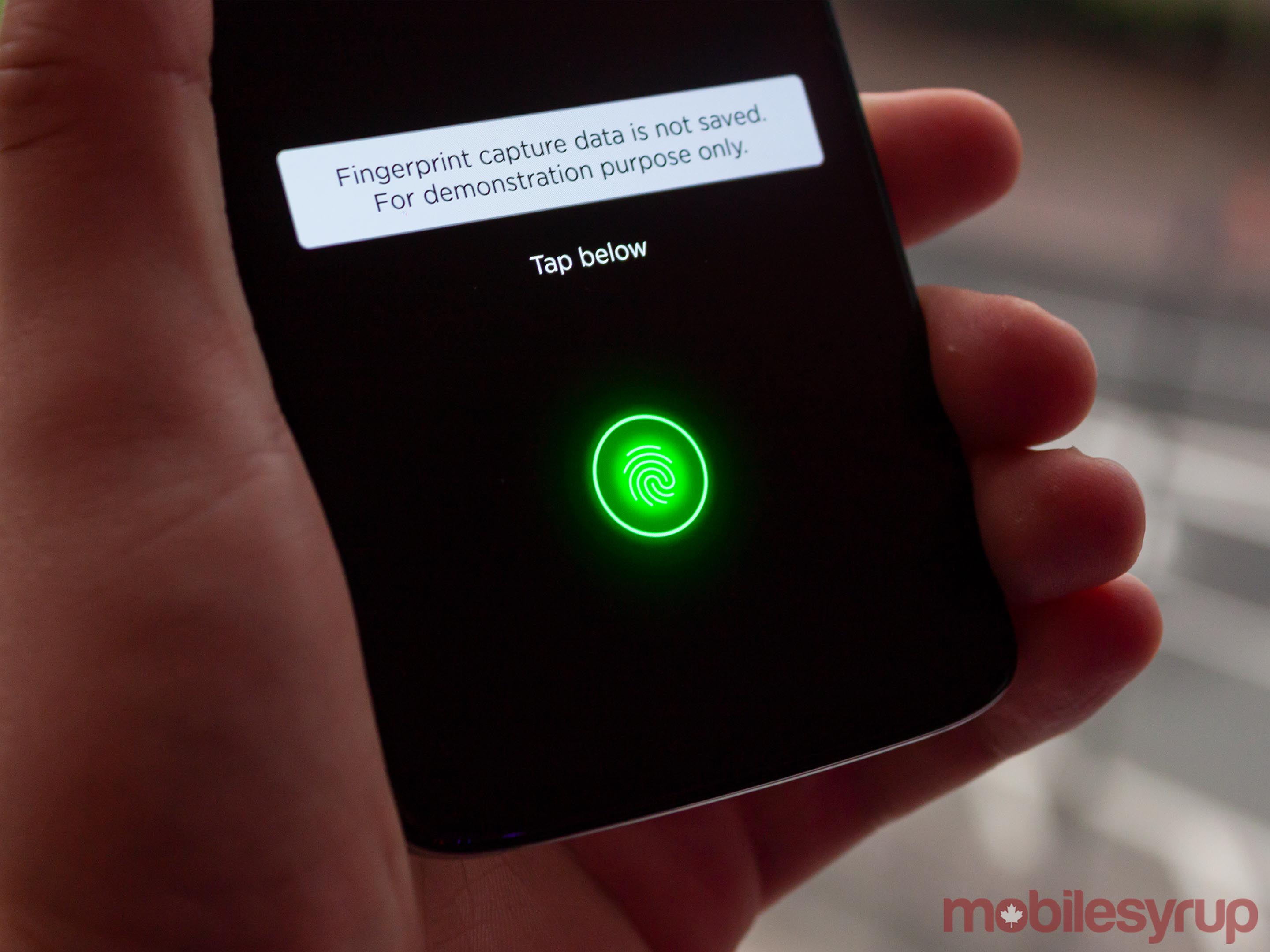 Ultimately, in my short time with the Motorola Z4, I got the impression it was a device trying to set itself apart from a very competitive mid-range field. It has solid specs, exciting new features and two claims to fame.

The first is mods. While the efficacy of the mods is debatable, few phones can still make the modular claim, especially at the Z4’s price point.

The other claim is 5G. The Z4 is the second generation of Motorola devices that can be upgraded to use 5G. While this doesn’t mean much for Canadians now, it could in the future. 5G is coming, and hopefully Motorola’s 5G mod with it. In other words, you could potentially get a Z4 now and, when 5G hits Canada, pick up the 5G Moto Mod and connect without having to fork out for a new device (although I wouldn’t plan to do this just yet).

Oh, and it’s got a headphone jack. The jack is back, baby.

So, the Z4 could be a real winner for Motorola. You’ll need to stay tuned to MobileSyrup and read the full review to find out just how much of a winner it’ll be.