Alan Wake Remastered is a nice little blast from the past

Whether you've played it before or are a newcomer, the enhanced version of Remedy's atmospheric narrative-driven third-person shooter is absolutely worth checking out

As someone who predominantly gamed on PlayStation 3 during the seventh generation of consoles, I missed out on the 2010 Xbox 360/PC exclusive Alan Wake. It’s been a particularly disappointing omission for me since I greatly enjoyed Remedy Entertainment’s following two games, 2016’s Quantum Break and 2019’s Control.

This made the recent reveal of Alan Wake Remastered such a pleasant surprise. Allowing people like me, as well as returning fans, to go through the original action-adventure experience with modern enhancements was tantalizing.

Now, after getting my hands on the game, I’m happy to say I now see why people were speaking so favourably about it for years. As with any old game, it can feel dated at times, but overall, it holds up as a uniquely compelling experience.

Remedy has said the goal with Remastered was to simply enhance the original Alan Wake from a technical perspective, while keeping everything else intact. This means that the core story remains the same. For the uninitiated, Alan Wake follows the eponymous best-selling writer as he goes on a retreat to a rural Washington town with his wife. After she goes missing, Alan attempts to locate her, only to come face to face with supernatural forces from a story he doesn’t remember writing.

It’s a delightfully pulpy tale that wears its inspirations — which include the likes of Stephen King and David Lynch lovingly on its sleeve. And that’s the biggest area where Alan Wake benefits from the remaster treatment. Being more than 10 years old, the visuals in the original game are obviously rougher by today’s standards.

But with 4K resolution and updated character models, it looks quite solid, especially in its live-action bits that now more closely resemble the in-game cinematics. While the character animations are unquestionably from the Xbox 360 era, these improvements help tell Alan Wake‘s captivating story in a more modern and aesthetically pleasing manner. 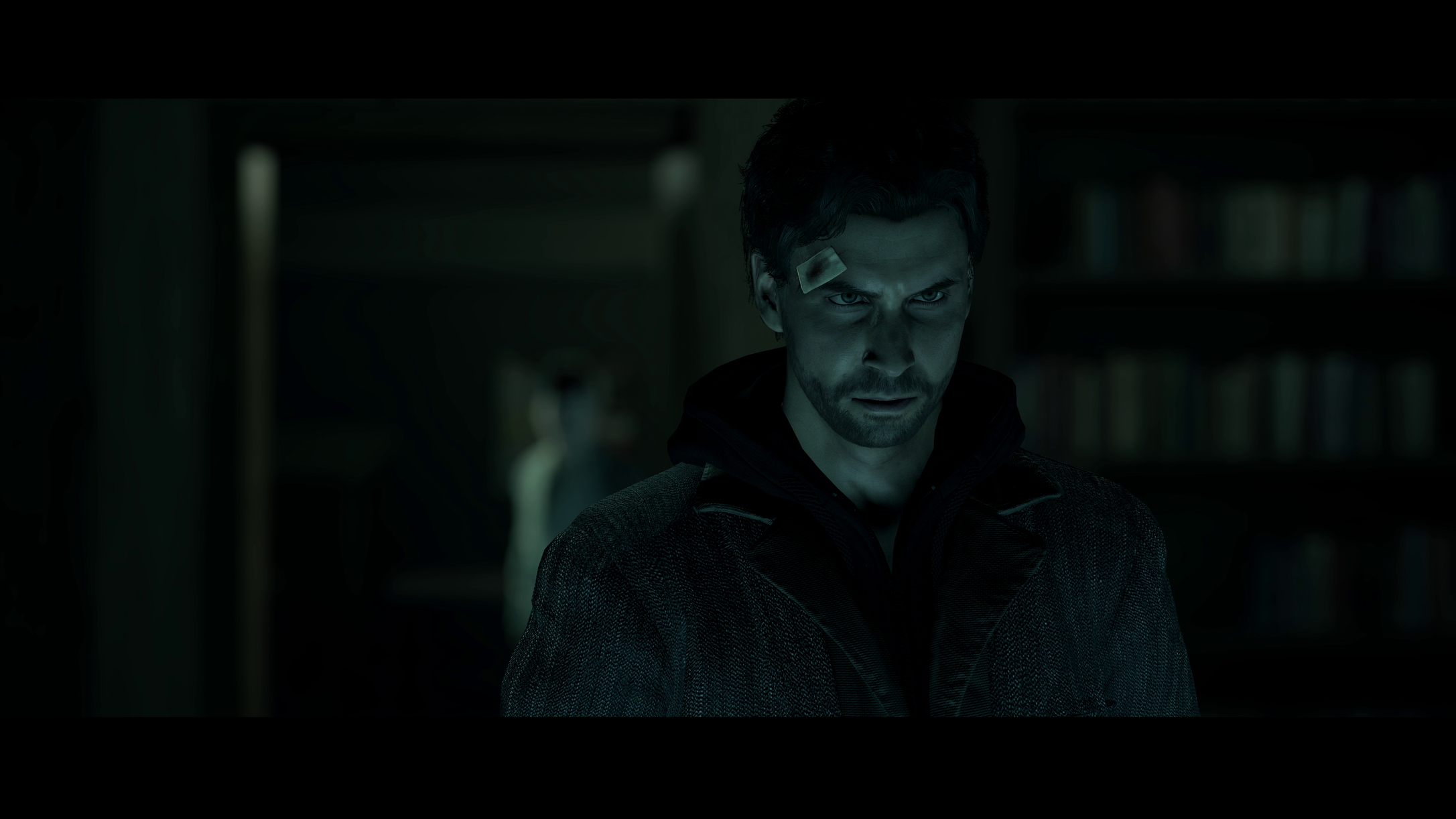 At the same time, Remedy and co-developer d3t have done a commendable job ensuring the original game’s palpable sense of atmosphere has been preserved. In the past, we’ve had remasters of games like Silent Hill 2 and 3 that actually reduce or even meticulously crafted environmental flourishes like moody fog or lighting.

It helps, then, that many of the original developers of Alan Wake were actually involved with the remaster to ensure a smooth graphical transition. Comparing gameplay from the original game to Remastered shows that the stunning lighting effects and eerie shadows are still just as effective, and even crisper this time around.

As previously mentioned, though, Remedy has deliberately left gameplay untouched, which will likely be somewhat controversial for some players. That’s because Alan Wake features relatively simple third-person shooter combat. The enemies that you faced, known as ‘The Taken,’ are shrouded in impenetrable clouds of darkness until you can shine a flashlight on them long enough to make them vulnerable to gunfire.

This core one-two-punch approach isn’t really expanded upon throughout the 10-ish hour campaign, which can make it feel somewhat repetitive. That’s even truer when inevitably considering it to more modern games, including Remedy’s own Control which had dynamic and kinetic superpowers to elevate its core shooting. 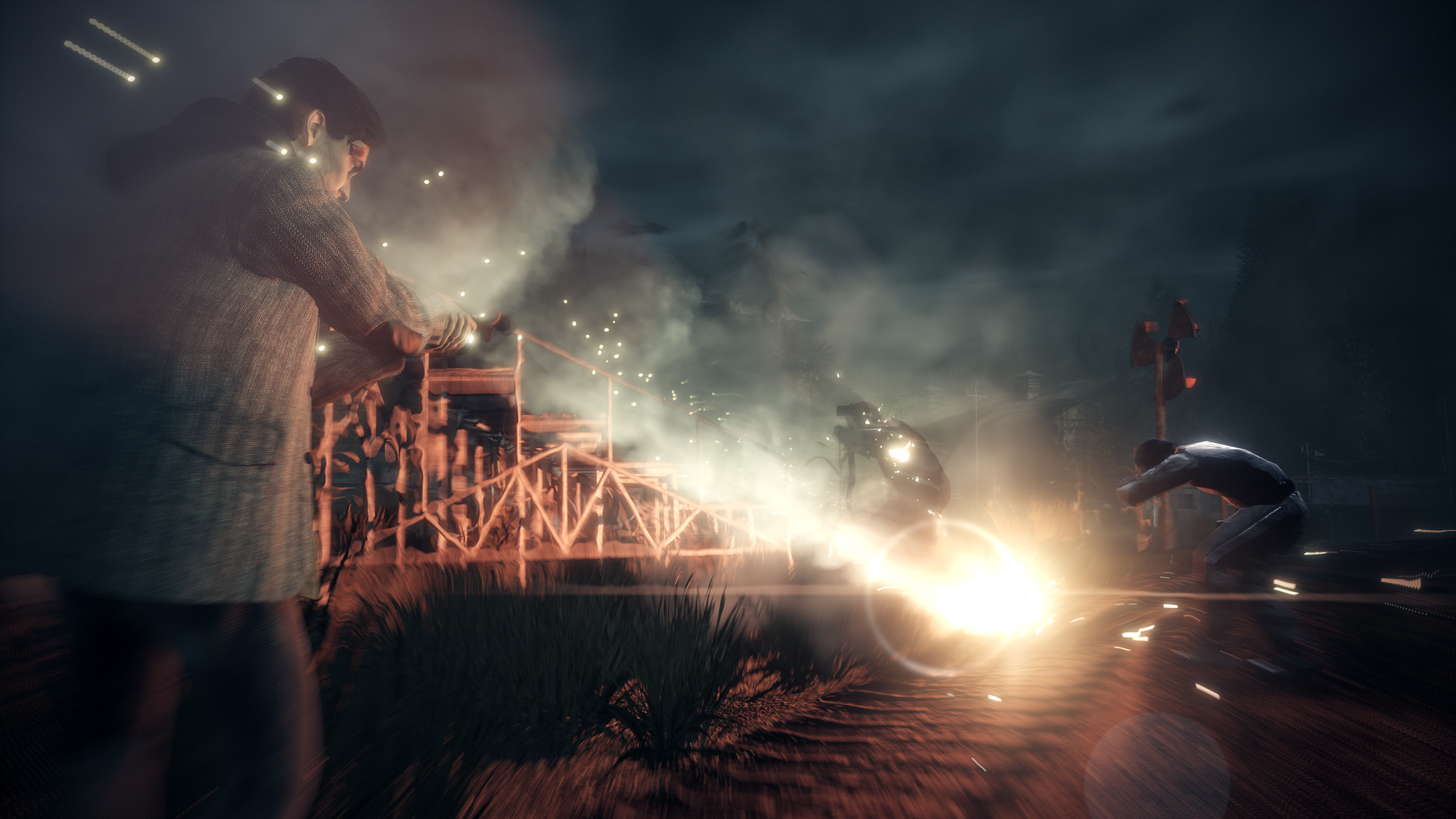 Having said that, Alan Wake is absolutely not about the combat. While it can feel somewhat archaic, there’s an undeniable sense of tension that it provides alongside the engrossing atmosphere and gripping story. Being chased by these Taken as I use Wake’s painfully brief sprint might prove frustrating in some other games, but here, they feel like surprisingly potent survival horror-esque setpieces in between intriguing cutscenes.

Meanwhile, the adaptive triggers offered by the PS5’s DualSense controller offer a far more intuitive way of aiming. Pulling the trigger halfway down will let Wake aim his gun, while pressing down fully will drain your flashlight’s battery to weaken the enemy. 60fps support is also certainly a nice addition.

But even ignoring all of that, I love re-releases like Alan Wake Remastered for one main reason: the industry often does a poor job with game preservation, so it’s wonderful to be able to play classic titles, especially when they’ve never before released on PlayStation consoles like Alan Wake. 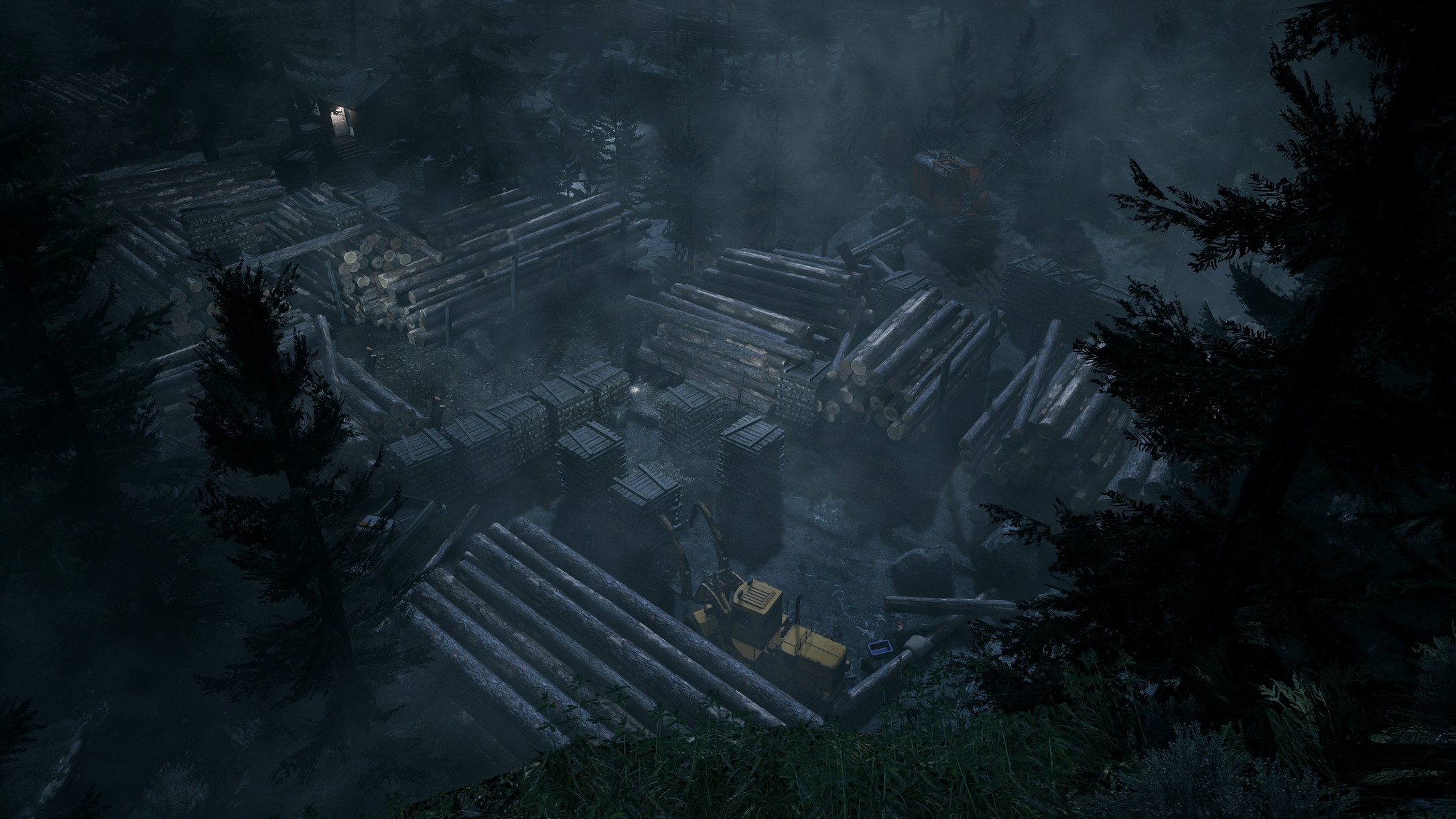 Sure, it can feel dated at times, but it’s important — even essential — that older titles remain playable for years to come. Not only does Remastered allow you to appreciate where gaming was in 2010, but it also charts a clear path through Remedy’s evolution of its innovative, narrative-driven games.

This growth is especially worth keeping an eye on as the developer is officially going forward with a shared universe of its games. It’s easy to imagine Remedy taking the lessons it learned with Alan Wake, Quantum Break and Control and delivering something even more unique in the future.

For now, though, Alan Wake Remastered is an excellent look at the past and a tantalizing tease for the future for both newcomers and returning fans alike.

Alan Wake Remastered is now available on PlayStation 4/5, Xbox Series X/S, Xbox One and PC (via the Epic Games Store) for $39.99.