Latency, in simple terms, is the time it takes for your device to communicate with your internet provider's servers

Internet speed testing staple Ookla has just updated its iOS and Android apps to better reflect the latency of your internet connection.

Latency, in simple terms, is the time it takes for your device to communicate with your internet provider’s servers. A lower latency, or ping, equals a smoother and faster browsing experience, whereas a high latency, or ping means the servers are taking longer to respond to your request, resulting in a poor connection. ”

An example of how this works in online gaming is when you ask your character to move — if your character moves almost immediately, you have a low latency, if there is a delay in your character completing that movement, you might have a high latency,” reads Ookla’s blog.

According to Ookla, it is hard to distinguish between a slow internet connection and high latency, and because of this, it updated Android and iOS apps now measure loaded latency by measuring ping during three stages: 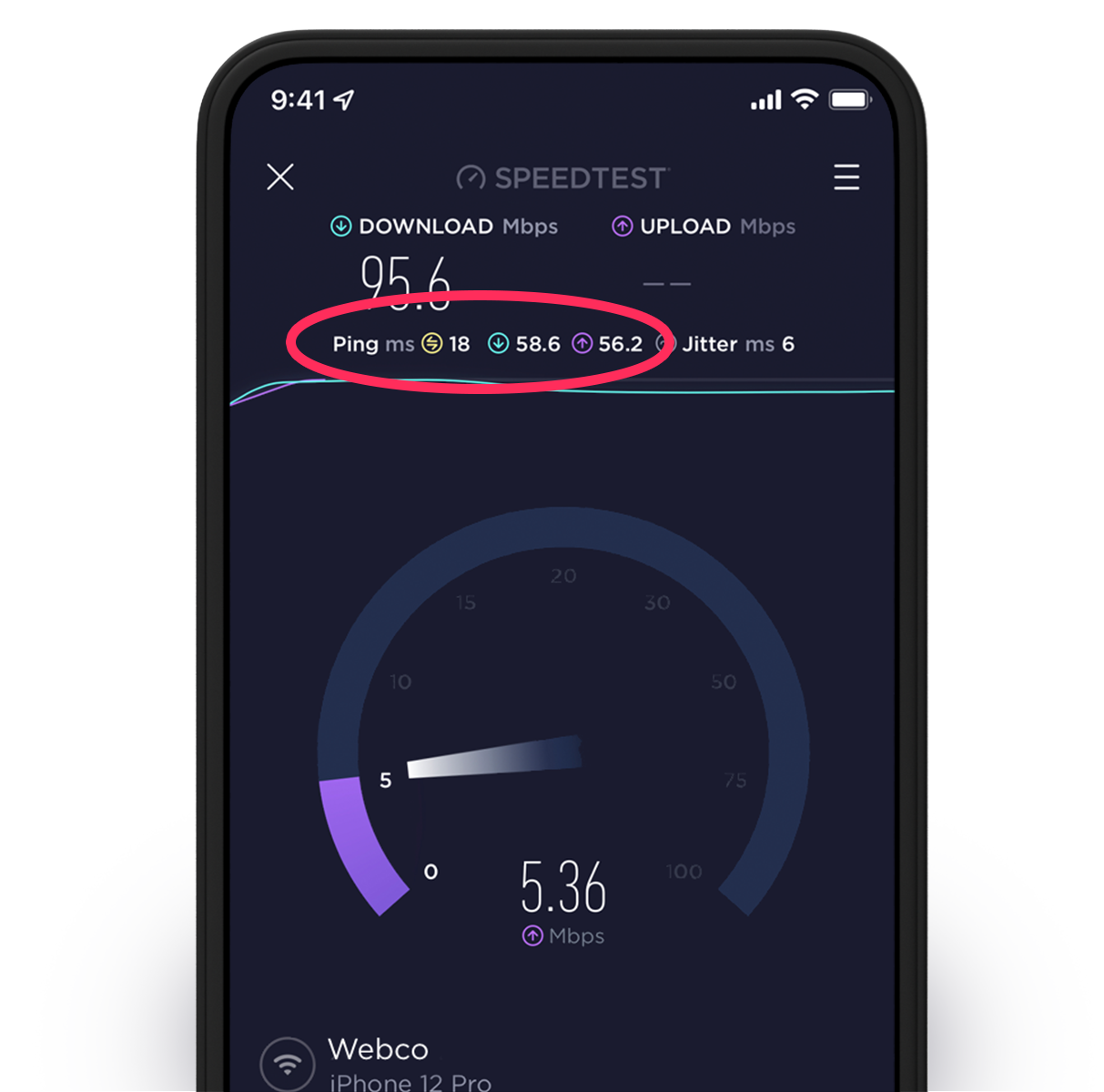 The app works the same way that it used to. You simply initiate a speed test and check you ping, as seen in the screenshot above. Anything above 100ms is considered high ping, whereas anywhere between 50 to 100 is considered average. Contact your router manufacturer or internet service provider if your ping is higher than average.

Additionally, Ookla’s maps, which let you check wireless carriers’ coverage in areas around you are now available on iOS and iPadOS after being limited to the Android app.