I really wanted to fall head over heels for this one...

The sixth entry in the Pixel series is Google’s most significant swing yet. From the moment you open the box, it feels significantly more premium than the Pixel 5 and more in line with the quality the house of Android should be releasing.

The device packs Google’s biggest camera sensor ever and the company’s Tensor chipset are a lot to get excited about.

All of this combines to make the Pixel 6 one of my favourite phones of the year (and maybe ever). However, it still falls short in more ways than I expected, making it one of the more heart-breaking phones I’ve tested this year.

When Google first showed off the Pixel 6, I thought the company took things too far with the enormous camera bar, but over time, I fell for the design, and it’s become one of my favourite phone aesthetics ever.

Combining the bespoke Pixel 6 look with the latest versions of the Pixel Launcher is an excellent move on Google’s part. The colour-changing principles, adaptive icons and overall Google-ness of this phone make it hard to beat in my books. If Google can extend the design language and adaptive colour aspects to the rest of its software ecosystem outside of the Pixel 6, I think the company could be on to something really special. 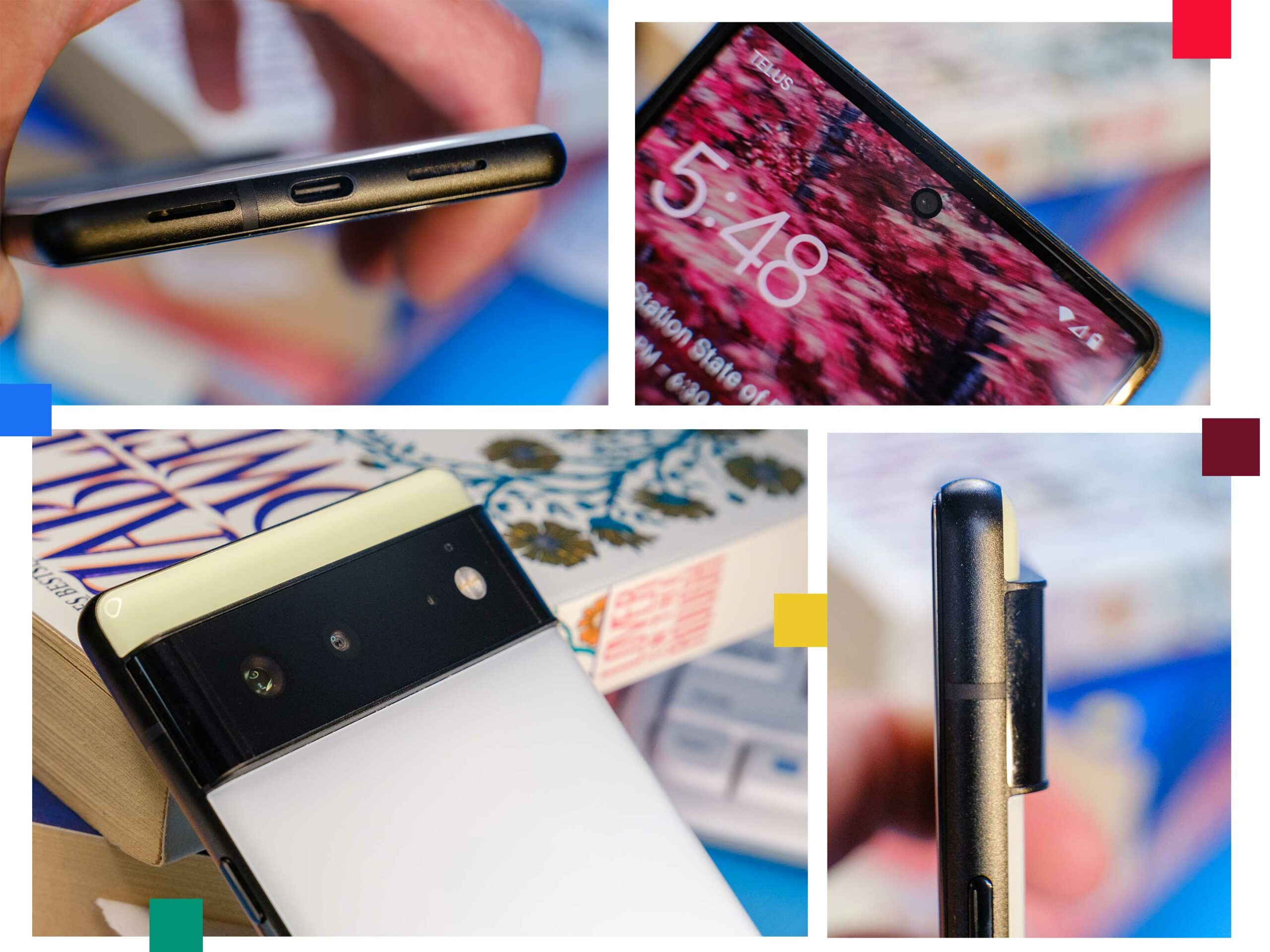 The Pixel 6 features a flat glass front and a distinctly rectangular design that’s more premium than it has any right to be. I kept getting value-Galaxy Note vibes during my time with the device, which is great from a phone that rings in at $800 CAD.

I also like the matte black sides of the phone, and I’m disappointed Google is moving away from this with the Pixel 7. Unfortunately, I also wanted to see the signature colourful power button that most Pixel phones have featured in the past, but this wasn’t included in the Pixel 6. 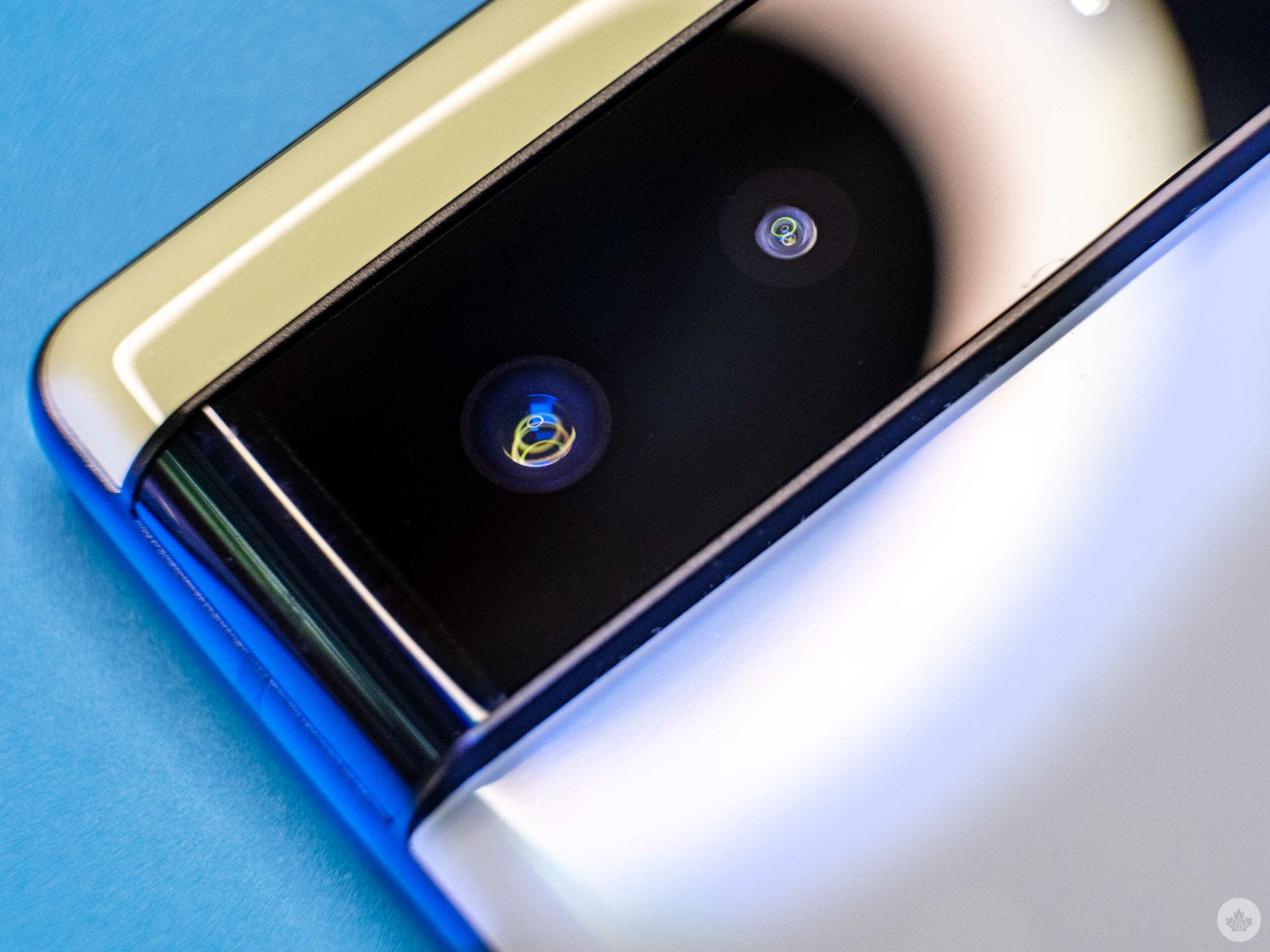 The Pixel 6 also features what might be my favourite mobile camera sensor ever. The giant 50-megapixel camera is versatile, sharp and captures exceptional detail.

That said, in some situations, the smartphone seems to add too much of what I call “Pixel Pop” to photos. The intense sharpening and HDR effects that the device’s processing adds makes images feel a little bit off sometimes. 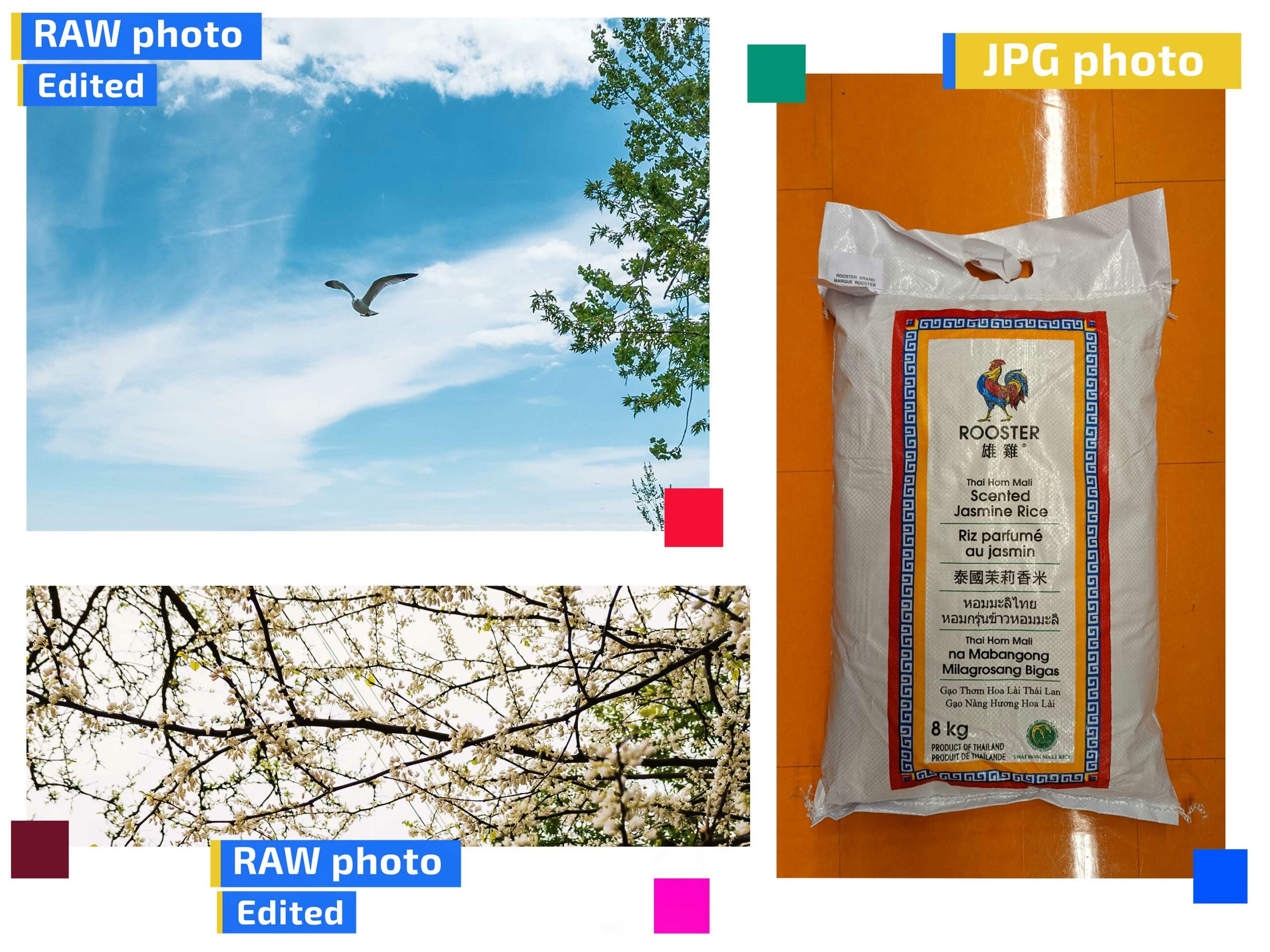 You can remedy this by snapping RAW images, which provide an untouched file that you can edit on your own. Having to edit a RAW image every time is a little annoying, but results in photos that aren’t oversharpened, and having more control of the colours helps the Pixel 6 work more like a traditional camera. If you’re often annoyed with how over-sharp foliage looks when shot with a smartphone, the Pixel 6’s RAW files fix that. 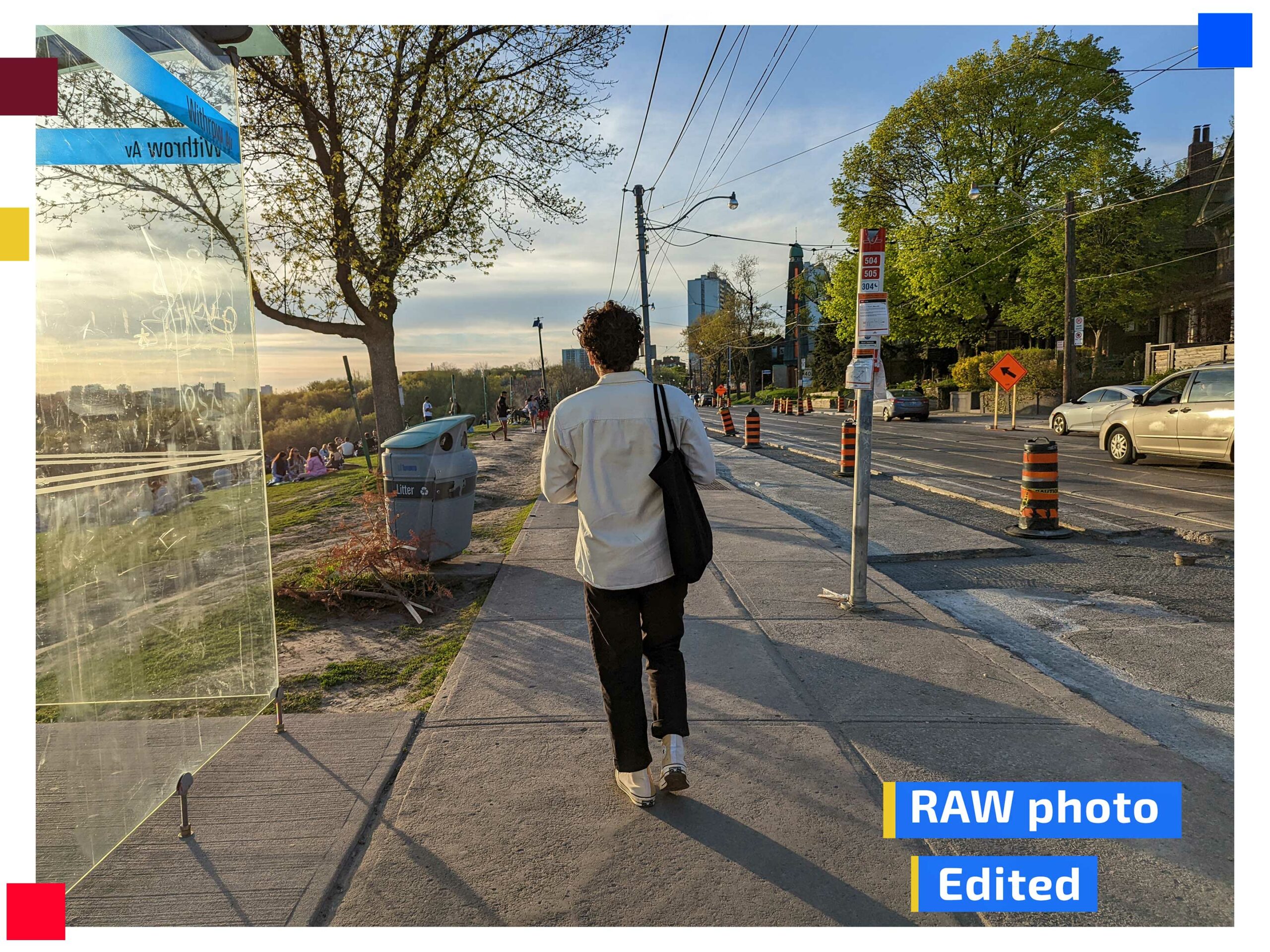 The only other issue with shooting RAW is that you lose access to ‘Real Tone,’ which does an outstanding job of matching skin tones. And it’s worth noting that RAW images take up a lot more cloud storage space.

The Pixel 6’s ultra-wide and selfie cameras are great at taking photos and videos in standard lighting, but they don’t offer the same quality as the primary camera. I missed having a telephoto zoom lens on the phone, but the Pixel’s 2x digital zoom worked reasonably well in a pinch.

When I shot videos, I missed the telephoto lens a lot less, but I appreciated the HDR a little more. This led me to shoot more videos on the Pixel 6 than I would typically do on an Android phone.

If Google can nail down its camera software next year, it will be interesting to see what the Pixel series’ cameras are capable of. 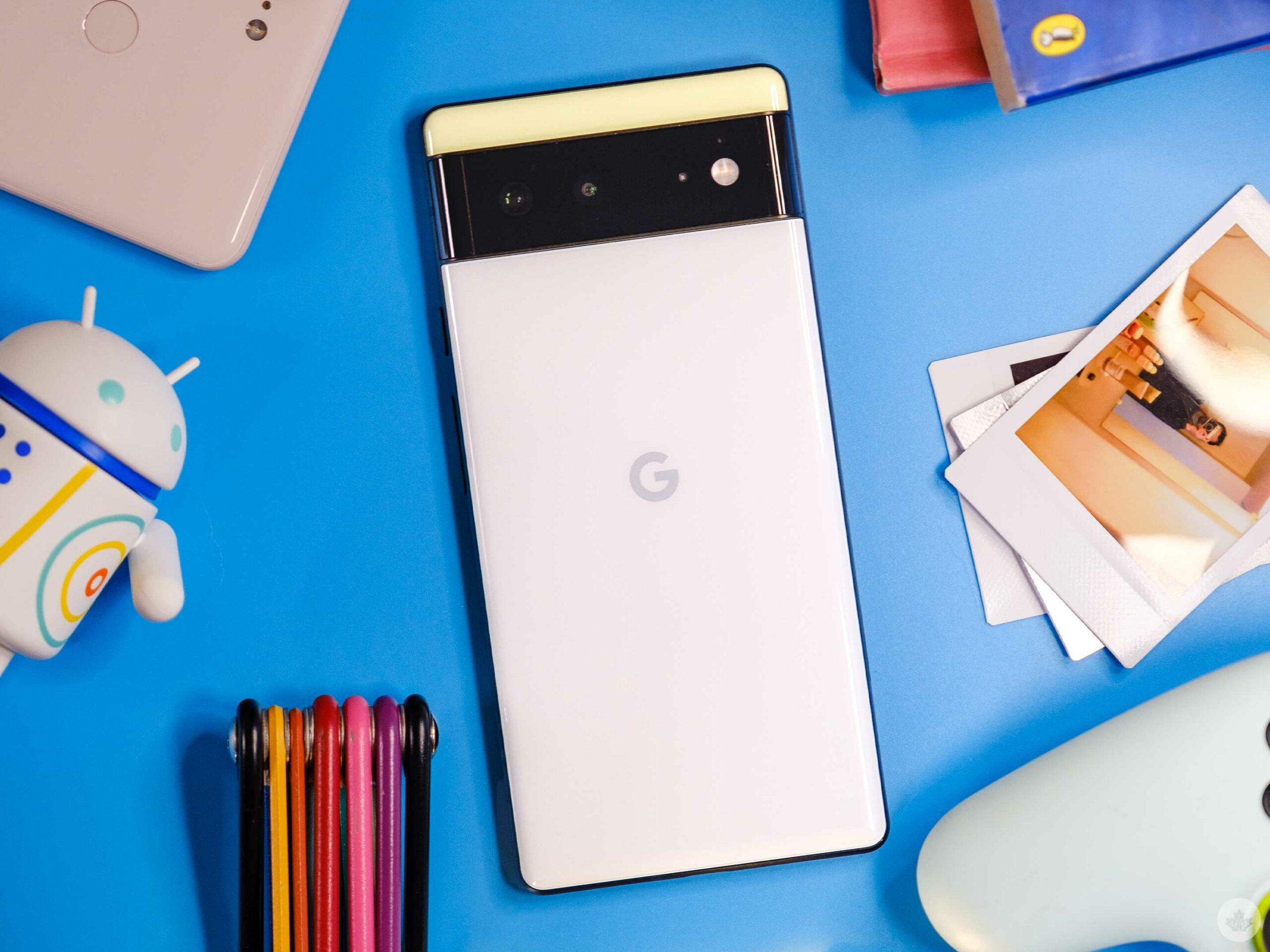 Have you ever wanted to love something a lot, but it keeps letting you down? That’s been the Pixel 6 in my experience.

Apps crash more than I expected, the battery life is subpar in most situations, and the Tensor chipset isn’t as good as Google makes it out to be. It’s all passable and while I’ve been able to use the phone as my daily device for about three weeks now, there are a lot of areas for Google to improve with the Pixel 7. 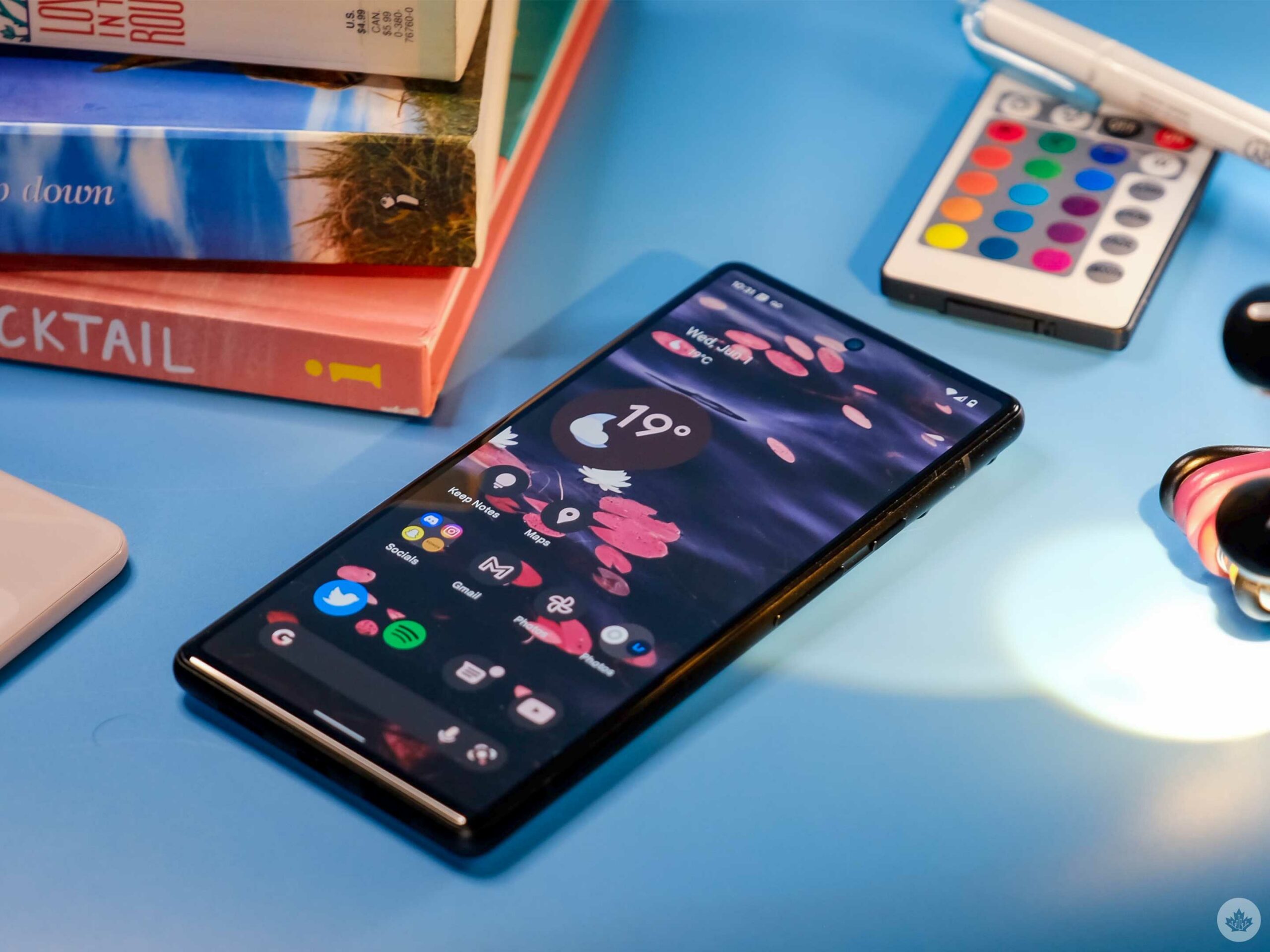 As much as I’m obsessed with the ‘Material You‘ design of the phone, I’m not happy with how it’s performed.

Tensor improvements like localized translation services, ‘Magic Eraser’ and more are useful, but they’re still very niche. They may be game-changers for some, but they aren’t for everyone, and I would have preferred a few extra hours of battery life instead. If you’re interested in reading more about the Pixel 6’s specific features, you can read our original Pixel 6 review. If you’re wondering how much better the Pixel 6 Pro is when compared to the Pixel 6, we have a review on that phone as well.

Another significant annoyance with the device is that fast charging is limited to select chargers and cables. I pride myself on my extensive range of USB cables and power bricks, but none of them would fast charge the Pixel 6 and a slow charge can take hours. 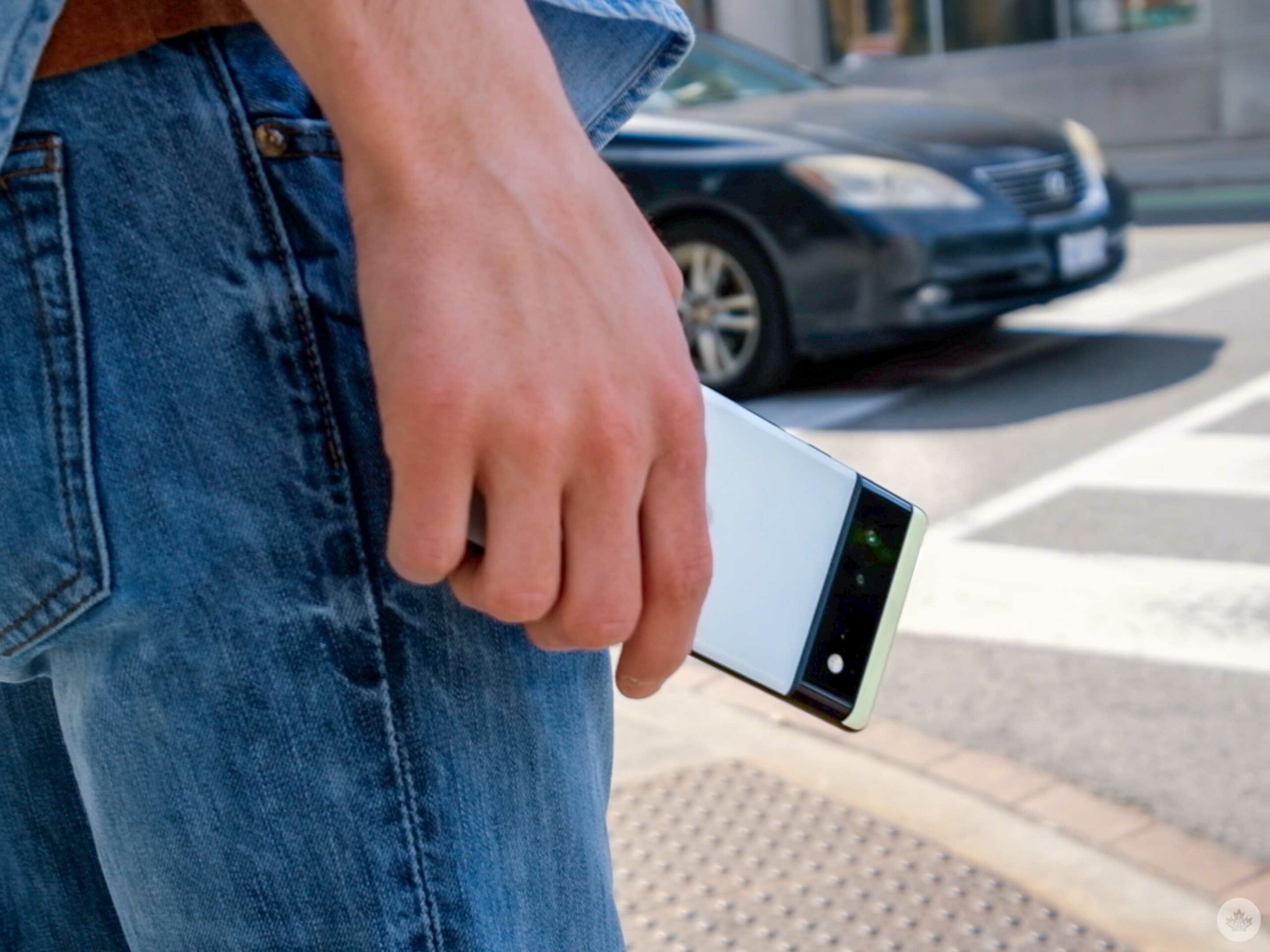 Overall, the Pixel 6 is still a really solid smartphone. It offers a premium design, a great-ish camera and not having to deal with doubled-up apps like with other Android handsets, is a breath of fresh air.

However, the Pixel 6 still feels like less of a game-changer and more of a somewhat sturdy step on the (hopefully) short road to building the best sub $1,000 Android phone.

All the software features that Tensor enables sound cool in theory, but in my day-to-day use when I just want apps to run quickly and the battery to last for a long time, the device doesn’t always hold up. So, while the Pixel 6 is a great phone, it only gets a ‘B’ for its fundamentals.

There’s nothing overtly wrong with Google’s latest flagship smartphone, but months after its release, it struggles to live up to its initial hype.