Perhaps the most standout feature of the all-new PlayStation Plus is its offering of retro games — specifically, those from the PS1, PS2 and PSP eras.

At least, that’s what should be its main selling point. However, as I mentioned in my impressions of the service, the retro catalogue — consisting of less than 40 games across all three platforms — is remarkably paltry. 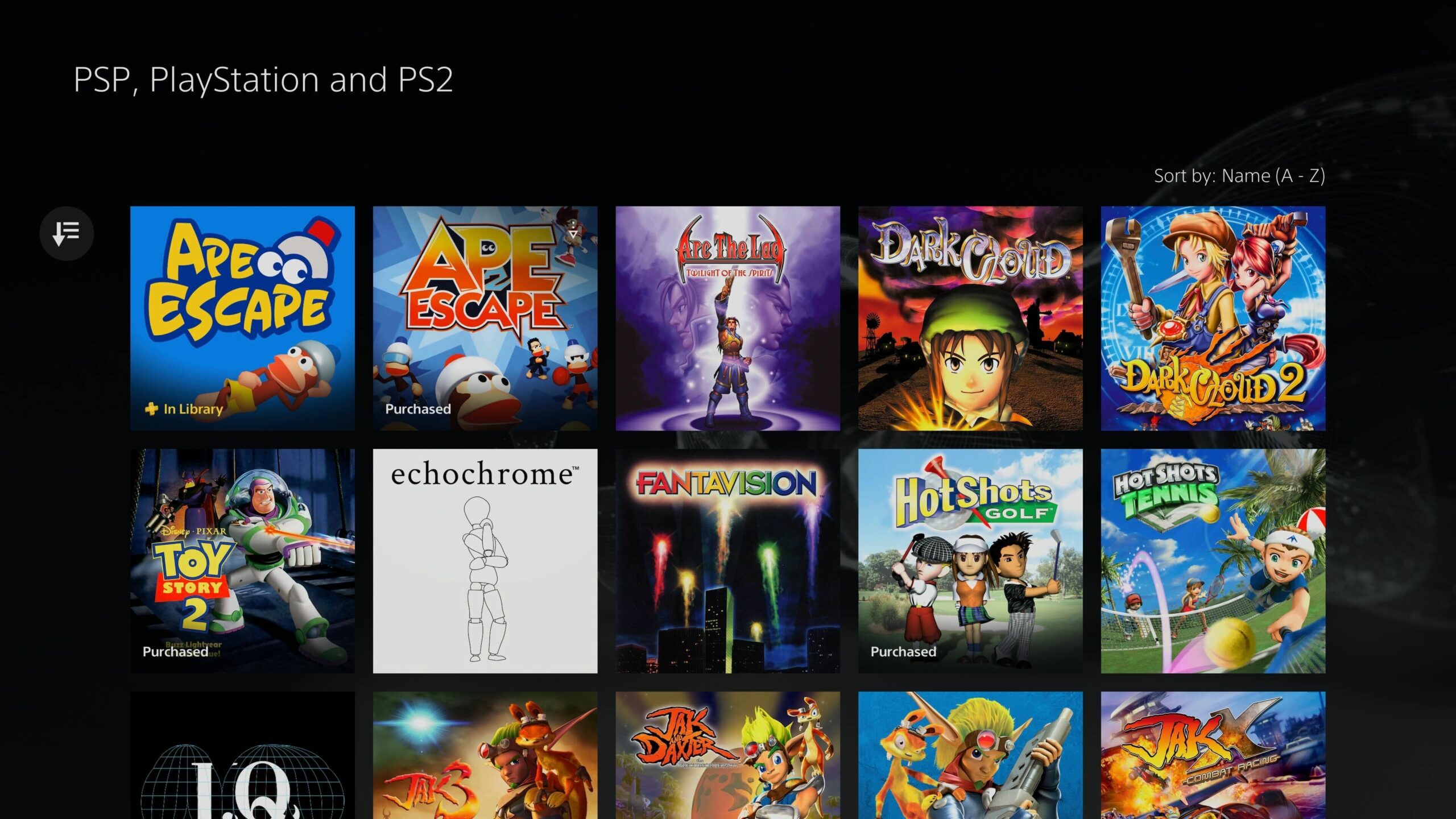 Some of the new PS Plus’ retro games. There aren’t many more than what’s pictured here. (Image credit: PlayStation)

With that in mind, I’ve put together a list of some of the older titles I’d love to see come to the service. For the purposes of keeping things interesting, I’m not going to include games that already have modern remasters or remakes that offer, more or less, definitive versions of those titles. This includes Final Fantasy VII (an enhanced port is available on PS4, not to mention a full-blown remake) and the Crash and Spyro trilogies (faithful remasters of the original PS1 classics are also on PS4). A lot of PS2 classics have also received remasters elsewhere, like the Devil May Cry HD Collection, Jak & Daxter and Sly Cooper trilogies, Ratchet & Clank series and more, so I’m not considering those.

Of course, licensing issues might make some of these games tricky, but hopefully, PlayStation could work that out. Some of the below games also might be available digitally on older PlayStation hardware, but given that those are discontinued systems, re-releases on PS Plus to bring them to millions of PS4 and PS5 owners would definitely be warranted. 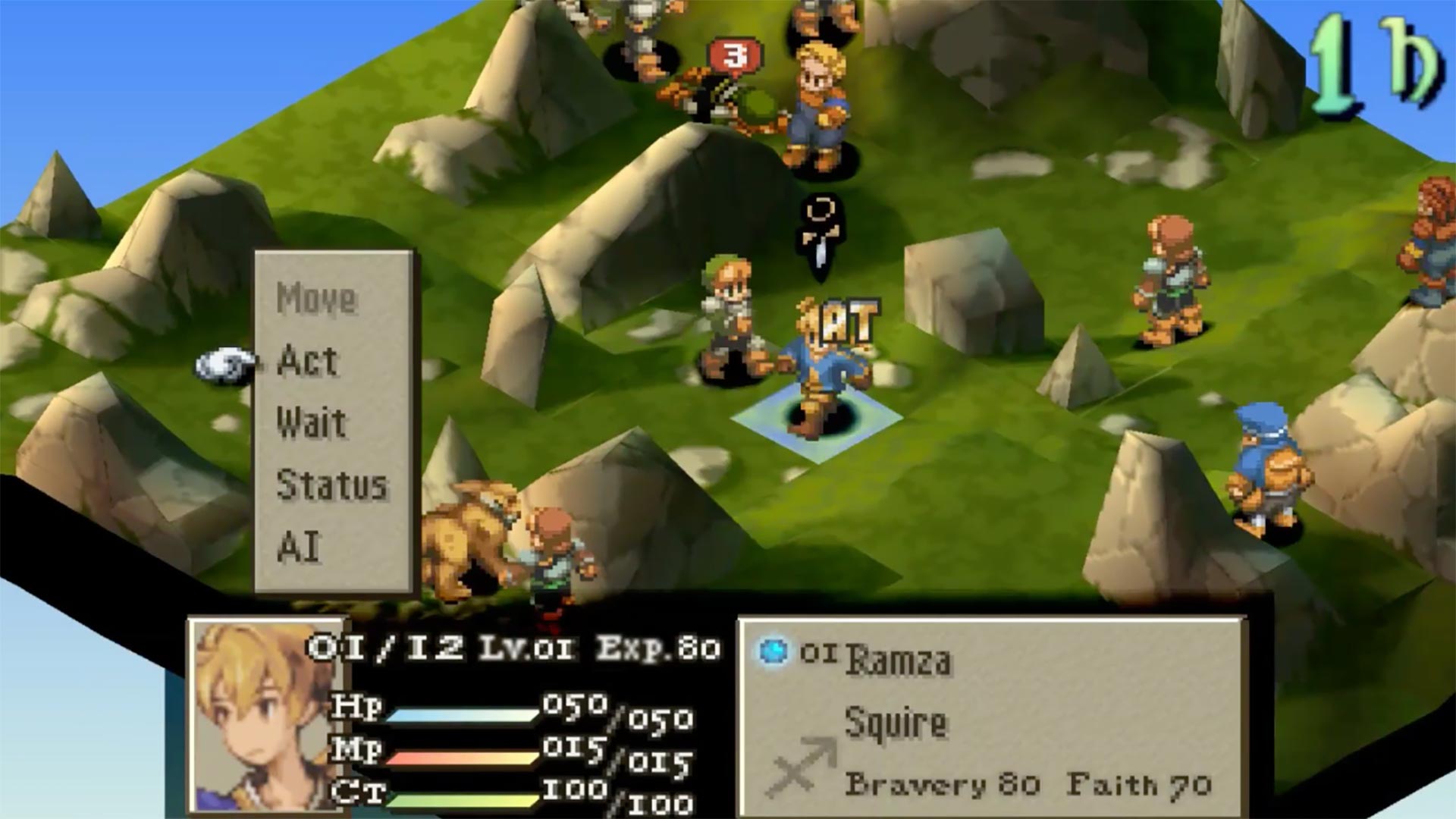 What better way to celebrate the 25th anniversary of a fan-favourite Final Fantasy spin-off than a PS Plus port? Directed by veteran game maker Yasumi Matsuno, Tactics on PS1 is a brilliant mix of classic Final Fantasy conventions, deep strategy combat and gripping political narrative. The War of the Lions PSP release, specifically, featured the complete original experience with welcome additions like improved translations, gorgeous anime cutscenes and new characters (beloved Final Fantasy XII hero Balthier being a standout). There have been rumours of some sort of remaster, although it’s yet unclear if that would be of the OG Tactics or one of the several spin-offs, so for now, let’s get War of the Lions on PS Plus. 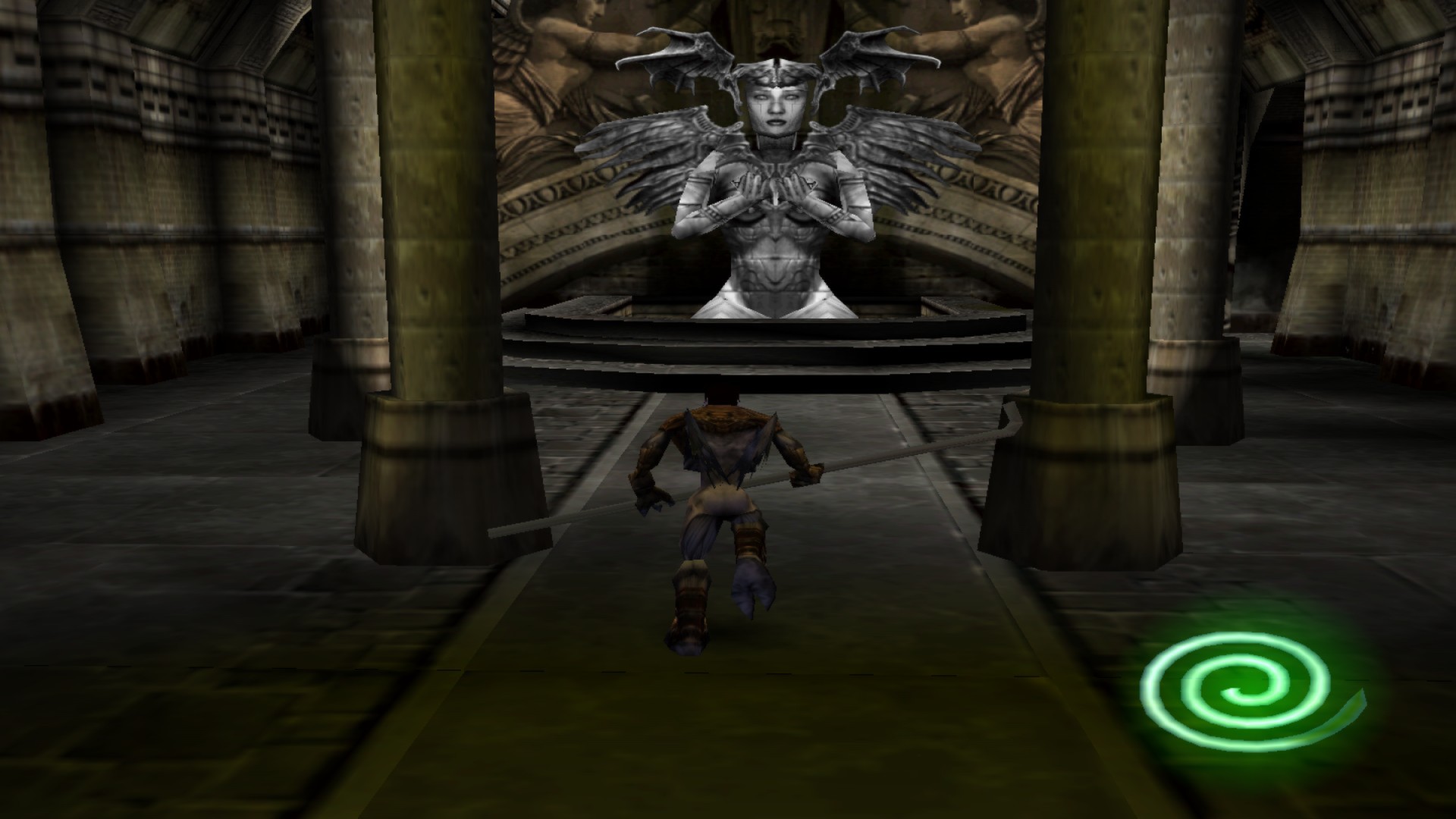 Amy Hennig has become one of the most well-known game developers for her outstanding work on the three Uncharted PS3 games. She’s also now working on a Star Wars game, following EA’s heartbreaking cancellation of her previous work in the galaxy far, far away. Therefore, it would be great to experience one of her earlier games on PS Plus. Co-written and directed by Hennig, Soul Reaver is an ambitious action-adventure title that blends an engrossing gothic setting with vampiric hack-and-slash combat. At the time, it was criticized for being somewhat obtuse and having an unfair save system, which could actually be ameliorated through PS Plus’ rewind and instant saving functionality.

(Fun fact: Soul Reaver is the sequel to 1996’s Bloom Omen: Legacy of Kain, which was developed by the now-defunct St. Catharines, Ontario-based Silicon Knights. The more you know!)

The Legend of Dragoon (PS1) 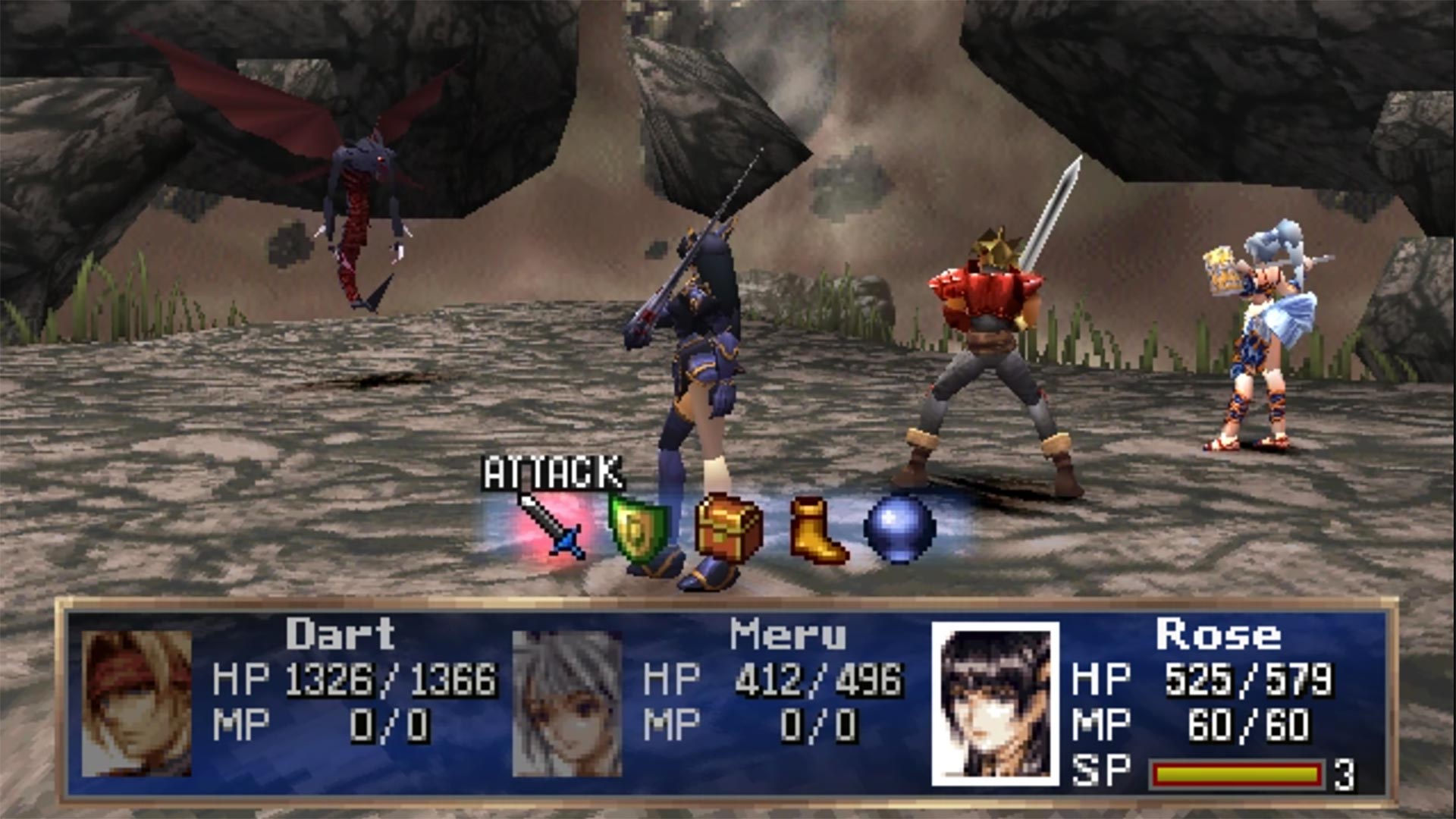 Here we have a cult classic JRPG that often gets overlooked by Final Fantasy titles. That’s why it would be nice to give people a chance to actually check it out. For over 20 years, The Legend of Dragoon has maintained a cult following thanks to its unique combat mechanics, then-impressive visuals and compelling high fantasy world. Protagonist Dart was actually even supposed to come to PlayStation All-Stars Battle Royale. Best of all, Sony actually owns The Legend of Dragoon, which should make it easier than some other titles on this list to bring to PS Plus. 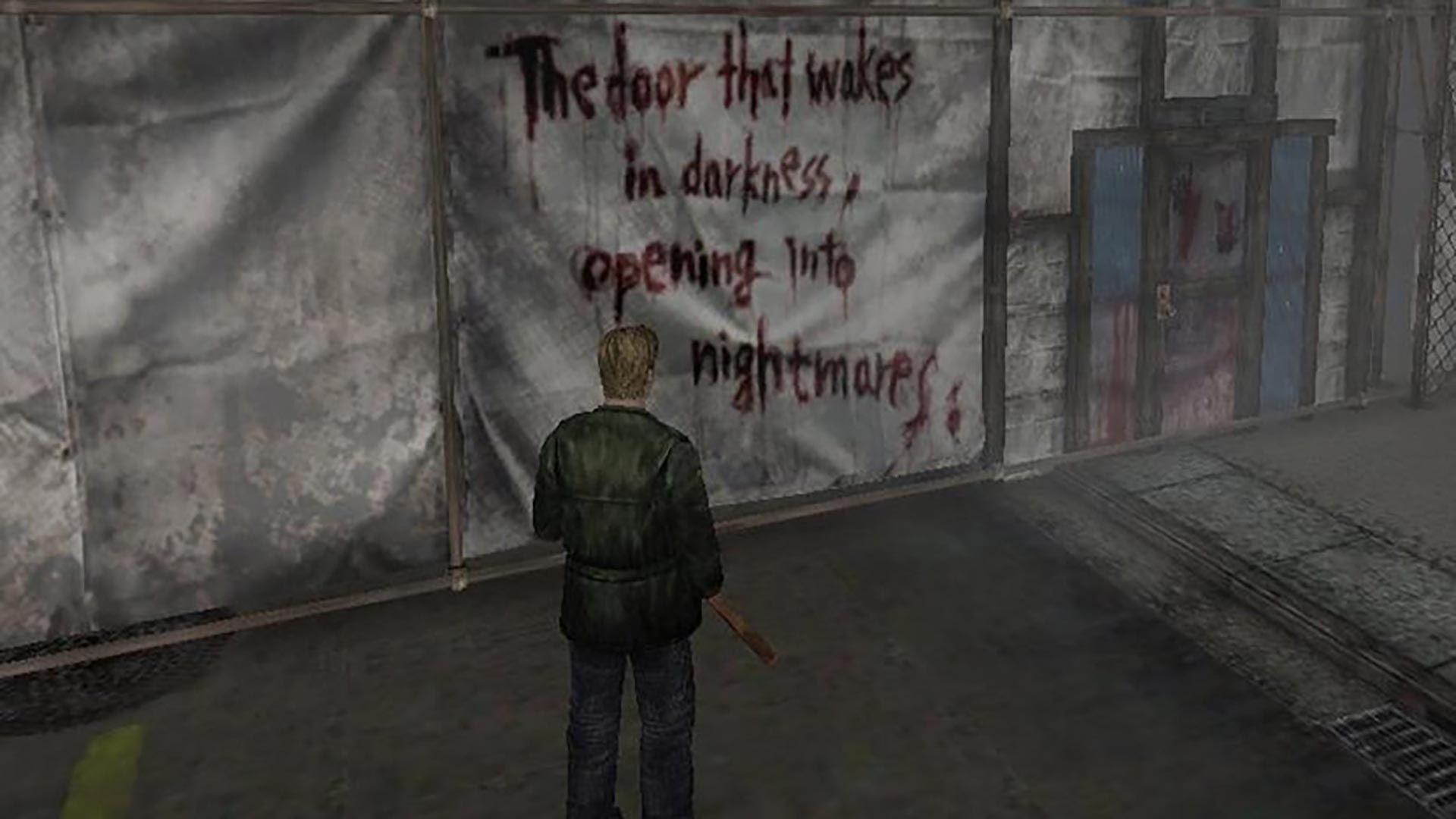 Konami’s 2001 survival horror title is widely considered to be one of the greatest games ever made, but there’s frustratingly not been a good way to play it since the PS2. That’s because Konami has only made it available via the Silent Hill HD Collection on PS3 and Xbox 360, a poorly received remaster bundle that many felt worsened the original experience. And while there are rumours that The Medium developer Bloober Team is remaking Silent Hill 2, there absolutely should be an easier way to play the original. From its chilling horror and iconic enemy designs to Akira Yamaoka’s soundtrack and the surprisingly deep story, Silent Hill 2 is a must-play. 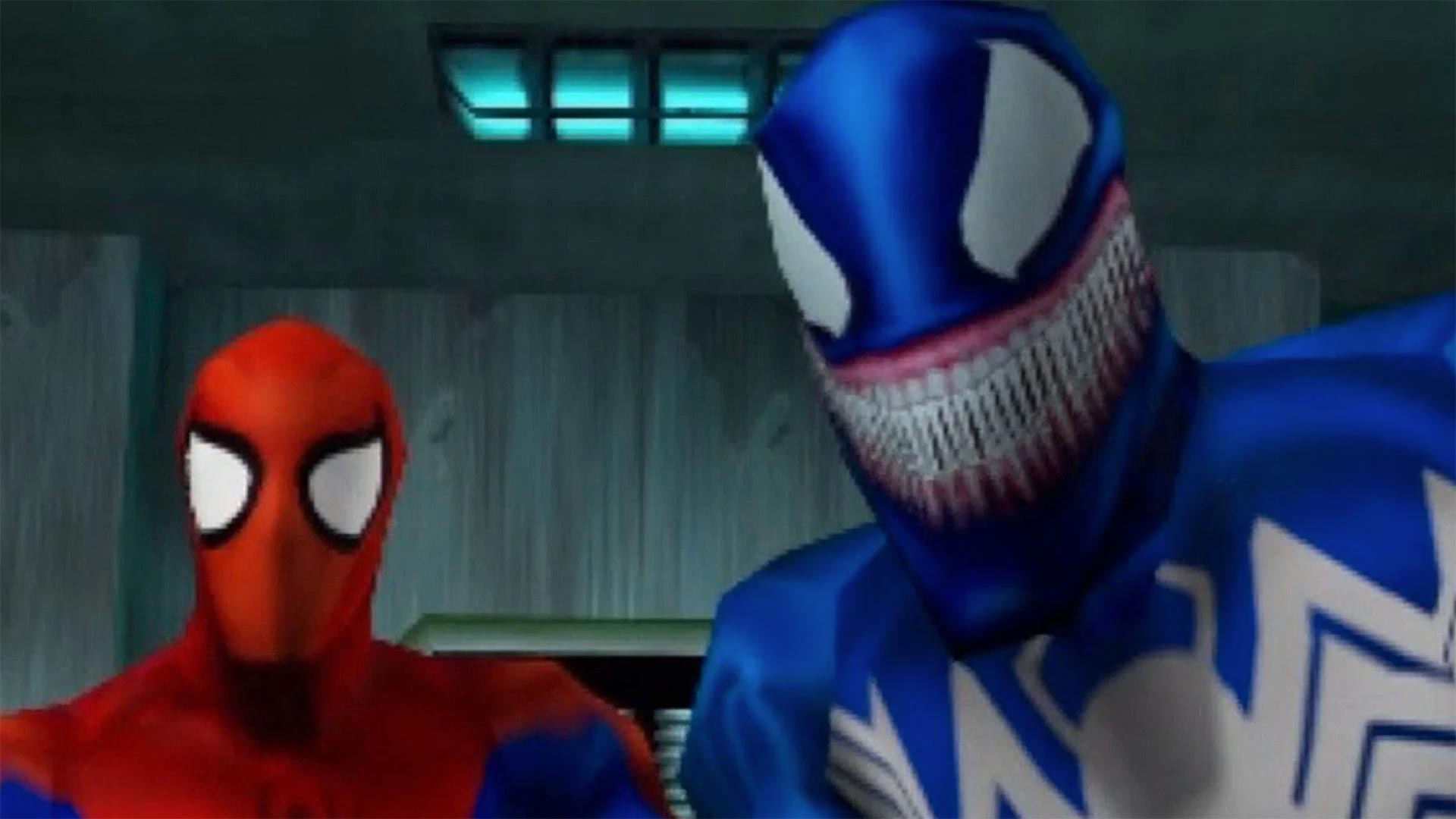 While Insomniac’s open-world Marvel’s Spider-Man series is outstanding, there’s something to be said about a tightly crafted, linear Spider-Man experience. Developed by the talented Tony Hawk’s Pro Skater studio Neversoft, the game features a rip-roaring story about Spider-Man being framed and having all of New York out to get him. And unlike Insomniac’s games, Spider-Man leans heavily into the larger Marvel universe, featuring fun appearances from the likes of The Human Torch, Daredevil, Captain America and, even, narration from Spidey co-creator Stan Lee. One of the game’s original developers said a few years back that he’d love to do a remaster, but I’d also happily take a PS Plus port. Oh, and the theme song is an absolute bop. 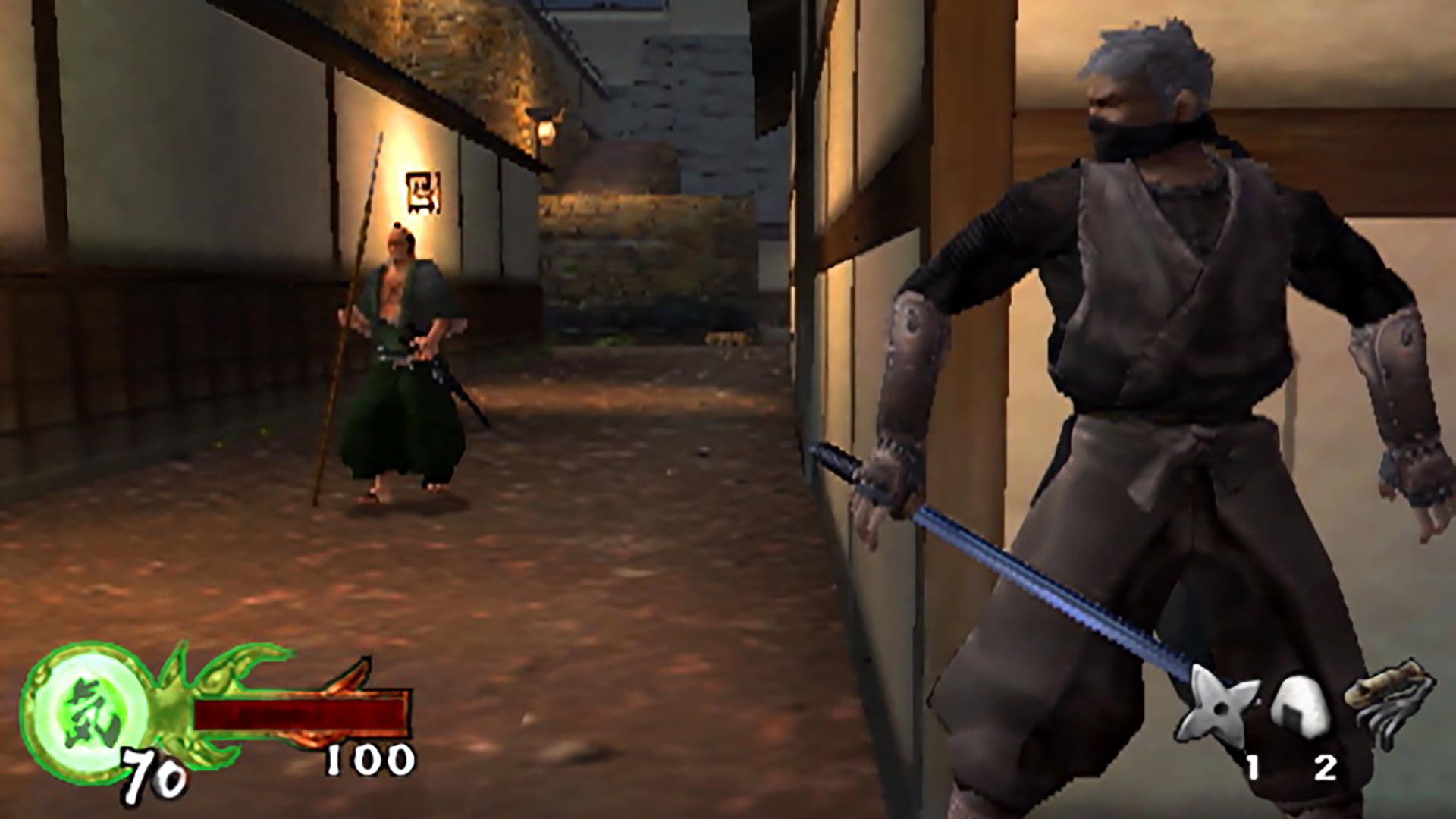 While FromSoftware is best known for Dark Souls — and, by extension, spiritual successors Bloodborne, Sekiro: Shadows Die Twice and Elden Ring — the Japanese developer actually owns another classic series: Tenchu. That alone makes it especially interesting, but on top of that, the first game, Acquire’s Tenchu: Stealth Assassins, was one of the early influential stealth games alongside Metal Gear Solid. By focusing on tense, tough stealth, Stealth Assassins still remains a unique and seminal ninja experience. 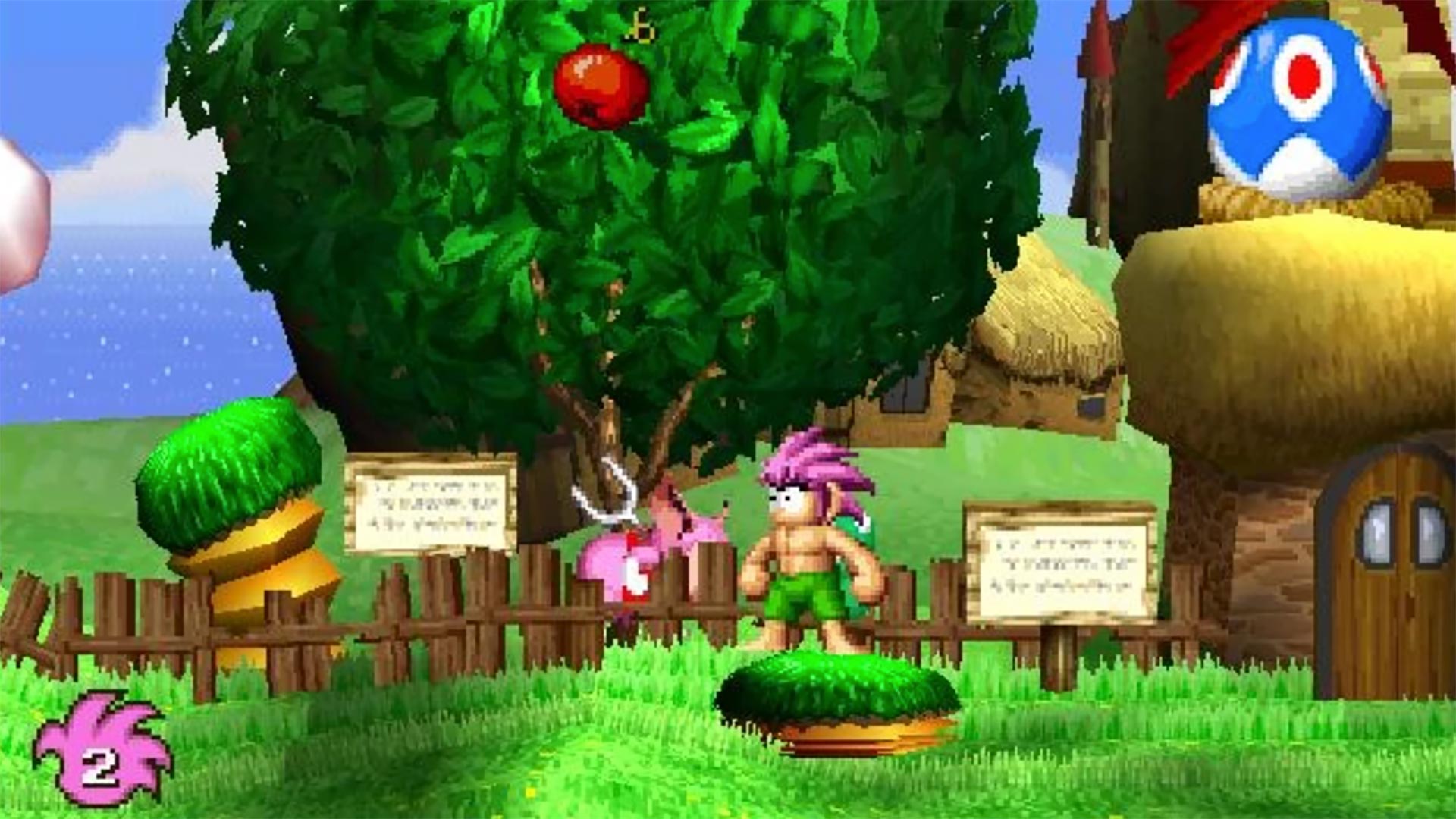 Veteran Ghosts ‘n Goblins and Mega Man developer Tokuro Fujiwara created this charming and original platformer. It’s a simple story about a feral child seeking his grandfather’s bracelet from evil anthropomorphic pigs, sure, but one that’s well-told through smooth animation, bright colours and a lovely mix of 2D sprites with 3D environments. It’s also just a rock-solid platformer, and a nice change of pace from more iconic titles like Mario and Crash. PS Plus would be a perfect way to experience this cult classic. 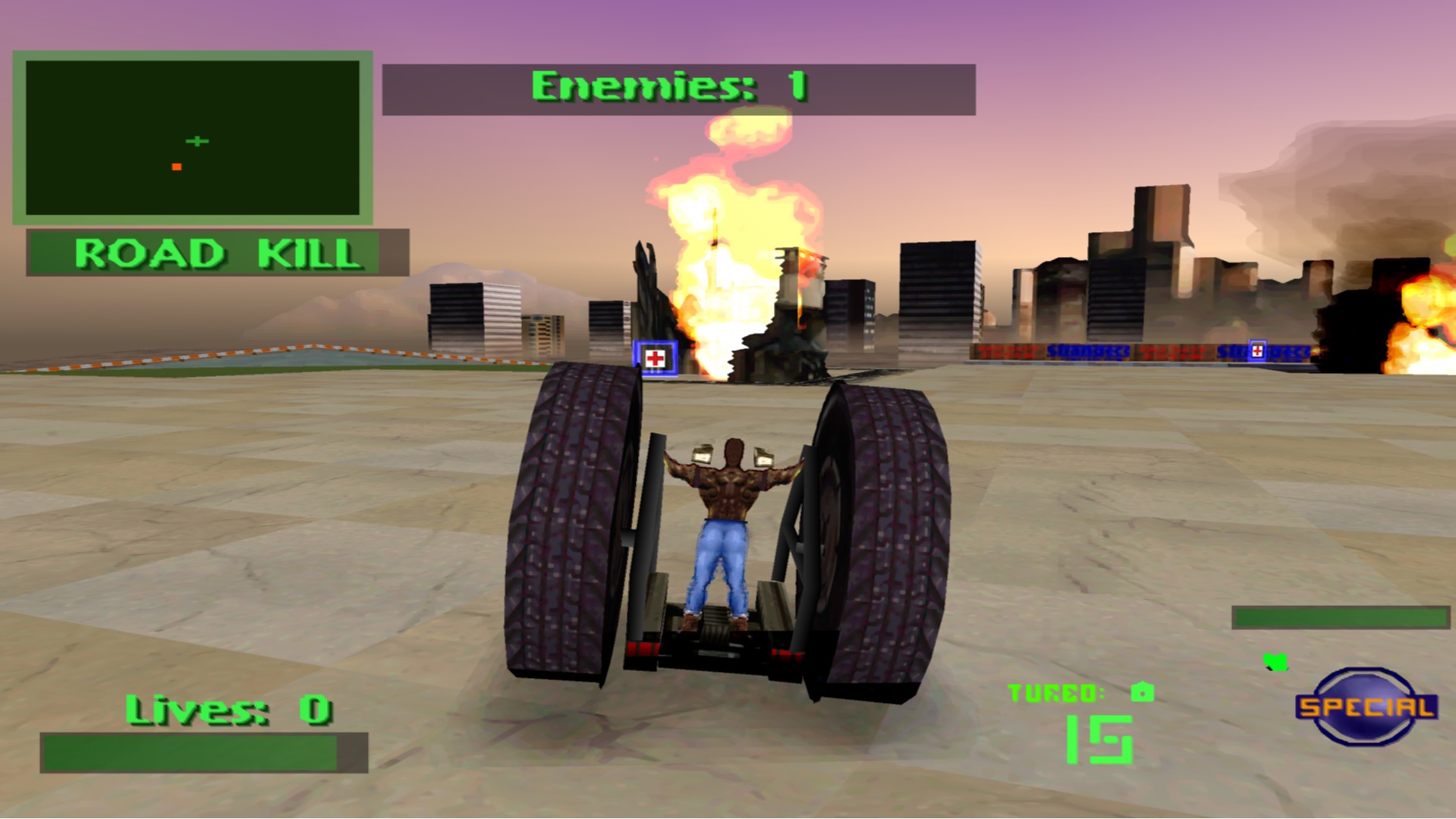 This PlayStation vehicular combat franchise has been around for decades, and it’s even getting a live-action show starring Anthony Mackie and Canada’s Will Arnett. Given all of that, it only makes sense to make at least one of these games available on PS Plus. Fans will likely debate between PS1’s Twisted Metal 2 and PS2’s Twisted Metal Black, but we’re going with the former here. After all, it offers a good look at where the series came from while also offering more — and greater — levels and characters over the original game. If you have a Sweet Tooth, PS Plus could be the solution. 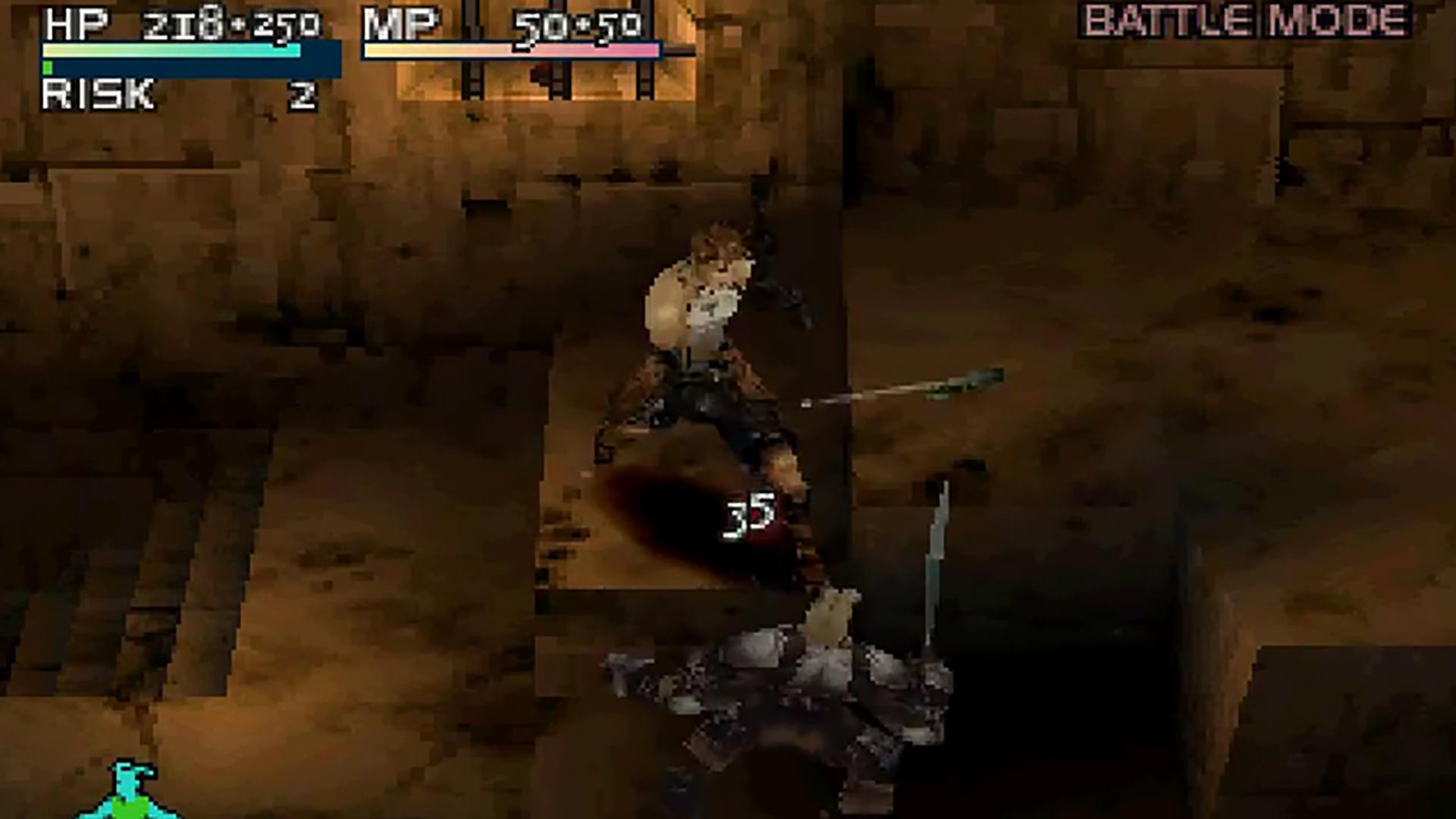 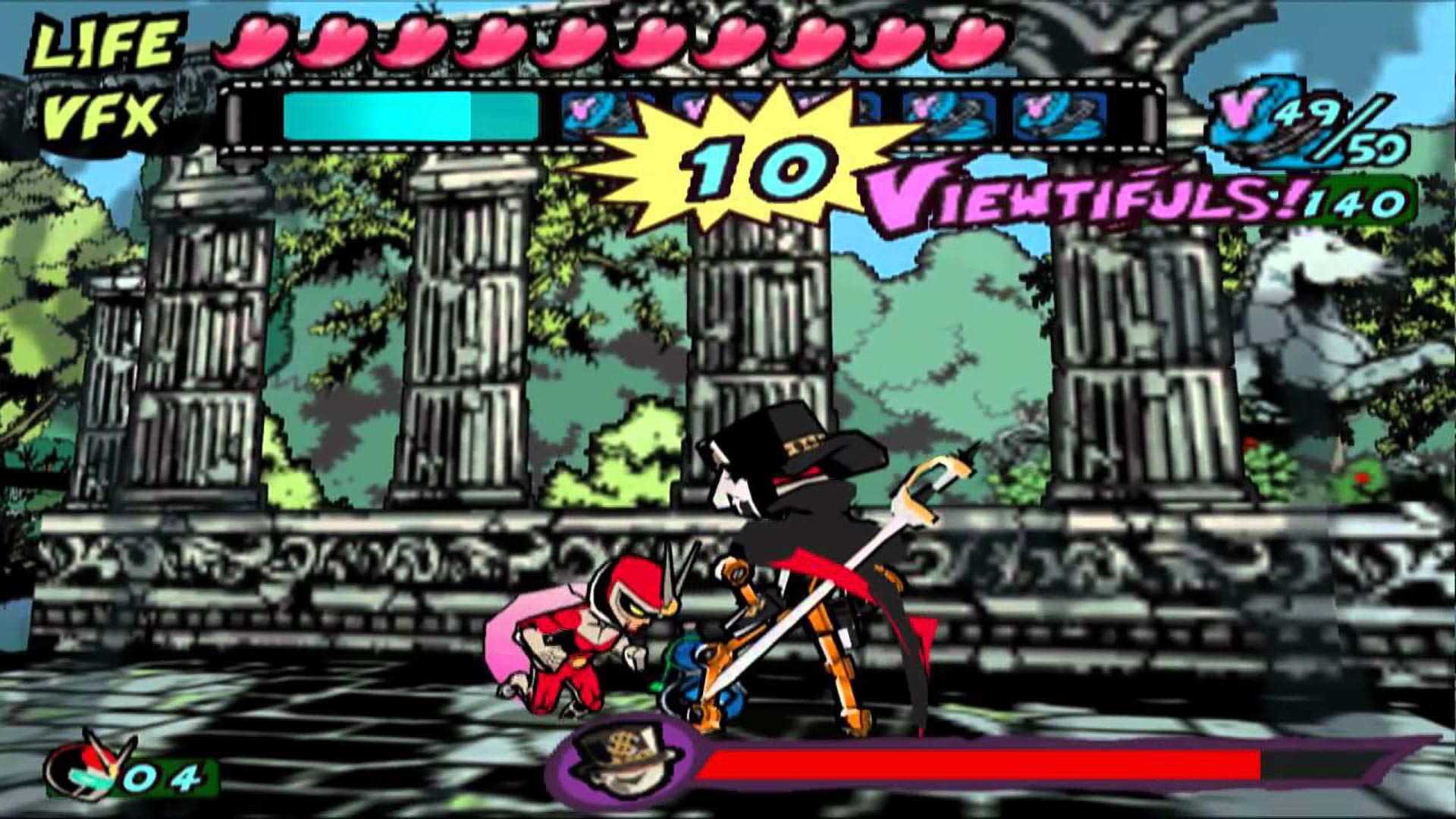 Between the likes of Devil May Cry, Bayonetta and Resident Evil, Hideki Kamiya is one of Japan’s most prolific game creators. And yet, there’s one of his games that has been stranded on older hardware for years: Viewtiful Joe. Beat ’em ups are all the rage right now thanks to games like the Canadian-made Teenage Mutant Ninja Turtles: Shredder’s Revenge, and Viewtiful Joe has been hailed as one of the genre’s best. The original superhero-themed game boasts cel-shaded graphics and challenging high-octane action, and it’s since spawned its own franchise of sequels and manga and anime adaptations. Joe even appeared in Marvel vs. Capcom 3. Re-release the game on PS Plus, Capcom!

Of course, there are hundreds, if not thousands, of games that you could consider for a list like this. Others that we’d be happy to see include the original Tomb Raider (PS1), Dissidia 012: Final Fantasy (PSP), Gran Turismo (PS1), Star Wars: Battlefront II (the better, non-EA one that was released on PS2), Ubisoft Montreal’s Prince of Persia: The Sands of Time (PS2, especially since we have no idea what’s going on with the remake) and Jeanne d’Arc (PSP).

Which retro titles do you want to come to PlayStation Plus? Let us know in the comments.