Micro Machines is a stellar reimagining of the classic video game franchise based on the popular toy that shares its name from the late 80s and early 90s.

Like many mobile titles, however, I wish Codemasters — the series’ original developer — and its new partner Chillingo, opted for a less in-your-face monetization strategy.

Gameplay-wise, Micro Machines is great, and does a commendable job of encapsulating what made early entries in the top-down racing series so compelling. Players race online against real-world opponents while dodging tiny paper clips, bounding over dressers and shooting one another with various weapons. Micro Machines 3D visuals are also smooth and great ooking.

Where the title falters however, is in the monetization department. which is strange given the game’s lengthy beta testing period. Unlike the Micro Machines toys, vehicles in this game need to be constructed first. Parts are found in packs that are purchased with purple diamonds, which can either be earned by winning races or through in-app purchases.

Buying individual parts is also possible and something I had to opt to do quite frequently, especially if I wanted to complete a specific vehicle. Again, these parts can sometimes be purchased with in-game money, but more often than not, getting your hands on that wheel base will require shelling out real-world dollars. 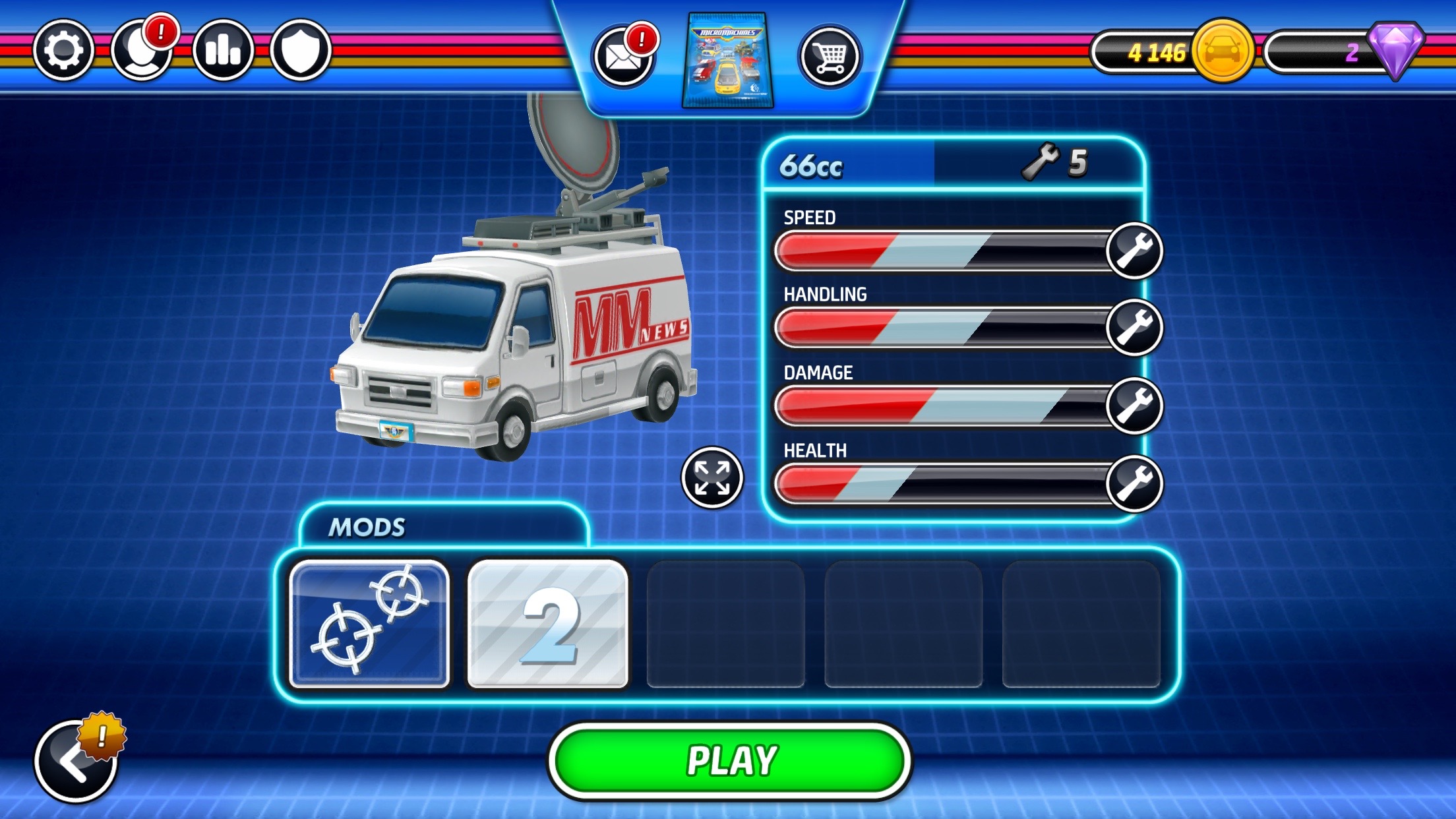 There’s even a “VIP monthly subscription club included in Micro Machines that allows players to pay a reoccurring fee ranging between $5.49 for three days and $17.99 for 30 days, giving access to special perks and in-game bonuses. Oh and in-game ads too.

While I accepted long ago that free-to-play is currently the dominant model when it comes to monetization in the mobile space, the constant pushing of in-app purchases in Micro Machines will be too much for some players.

On the plus side for those aware of older Micro Machines titles, familiar characters like Spider and Cherry make an appearance in the game’s strangely convoluted menu system, offering advice and amusing jokes.

For me, Micro Machines is a divisive title. I would have much rather spent $20 to remove the in-app purchases in the game, but this unfortunately isn’t an option. Anyone who is able to look past this issue, however, will find a refreshingly playful top-down racer that’s a great throwback to the original unlicensed Nintendo Entertainment System title.

Micro Machines is available on iOS and will reportedly come to Android soon.