Huawei MateBook review: Two worlds, but the best of just one

The Huawei MateBook came to us in a backpack. A rectangular, grey backpack. Little did I know that its quirky and slightly awkward — yet intriguing — delivery would be indicative of my experience with the MateBook the following week.

The MateBook, which is the first Huawei 2-in-1 PC to come to Canada, is a sleek, light device that served me well as a tablet and as a laptop. The device comes in either grey or gold, and the case in black, brown, orange or beige. I spent the week with a gold MateBook with a brown case.

With a 12-inch 2160 x 1140 pixel IPS TFT LCD display, a sixth generation Intel Core M processor — dual core up to 3.1 GHz — and 4GB of RAM, the MateBook doesn’t quite sport the high end specs of the reigning family of hybrids, Microsoft’s Surface line. Though with the main difference being the Intel Core i5 processor currently rocked by Microsoft’s Surface Book, the MateBook does come awfully close. 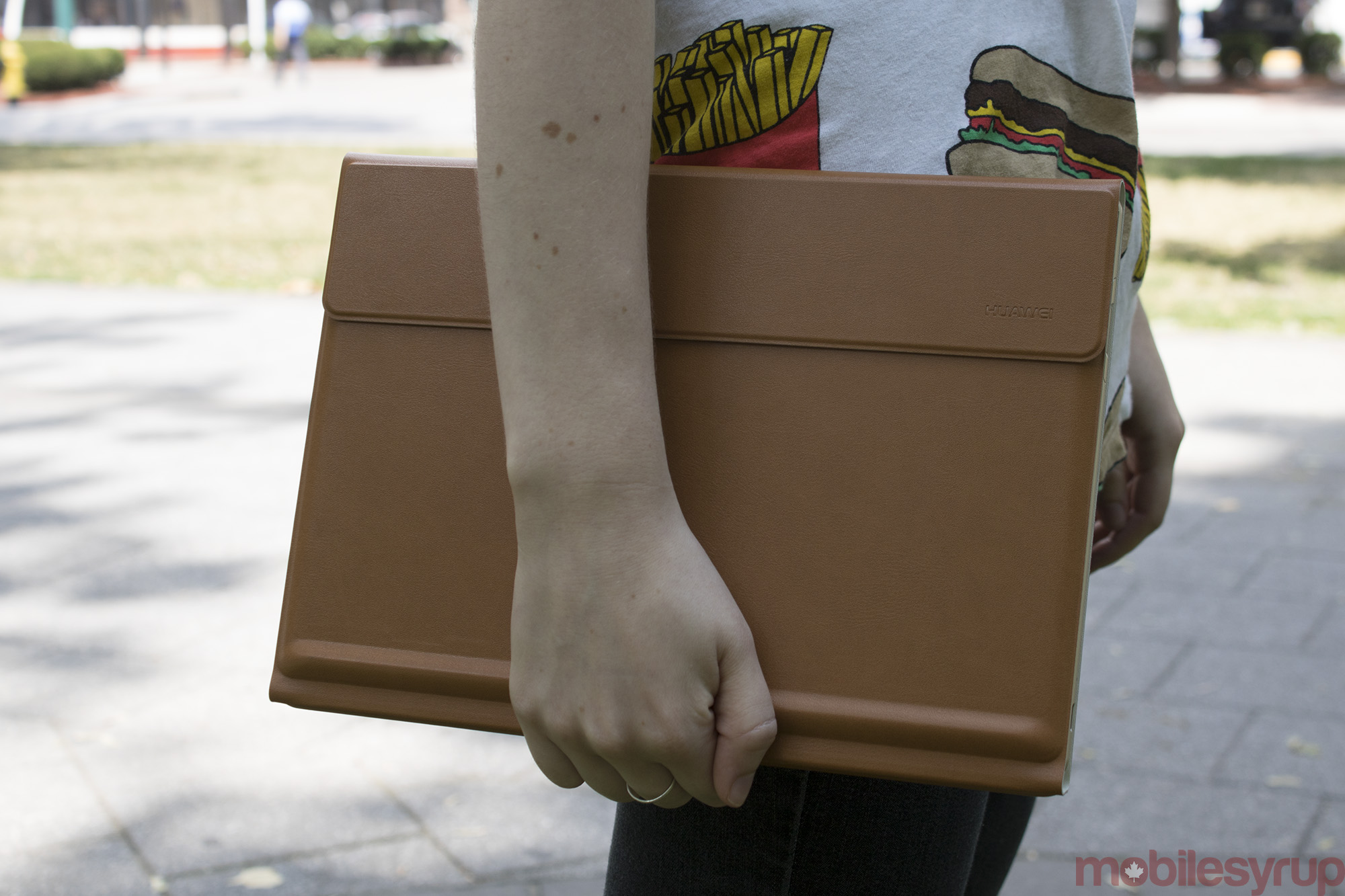 A defining quality of the Huawei MateBook, for me at least, is Windows 10. Having recently switched from Windows to OS X, I’d compare returning to Windows to slipping into my clumsy, yet familiar teenage self for a week. The package isn’t quite as competent, but I know how everything works.

In terms of experience, I don’t have any complaints about Windows 10 itself as an operating system. It’s not as user friendly as OS X in some respects, but it certainly wasn’t buggy or slow. It’s important to note that even while stress testing it, my usage never went beyond the high-end of moderate use, simply because of what I use my laptop for on a daily basis.

I’m not running any advanced video editing, coding or gaming software and that’s not what I’m looking for when I’m on the hunt for a computer. If I was, however, the MateBook’s lower-grade Core M processor would have a hard time handling these tasks. For everyday use though, the MateBook is more than sufficient. In fact, I found the device ran well, albeit slower, when using multiple programs, including two browsers, Office 365, and multiple apps.

Too hot to handle 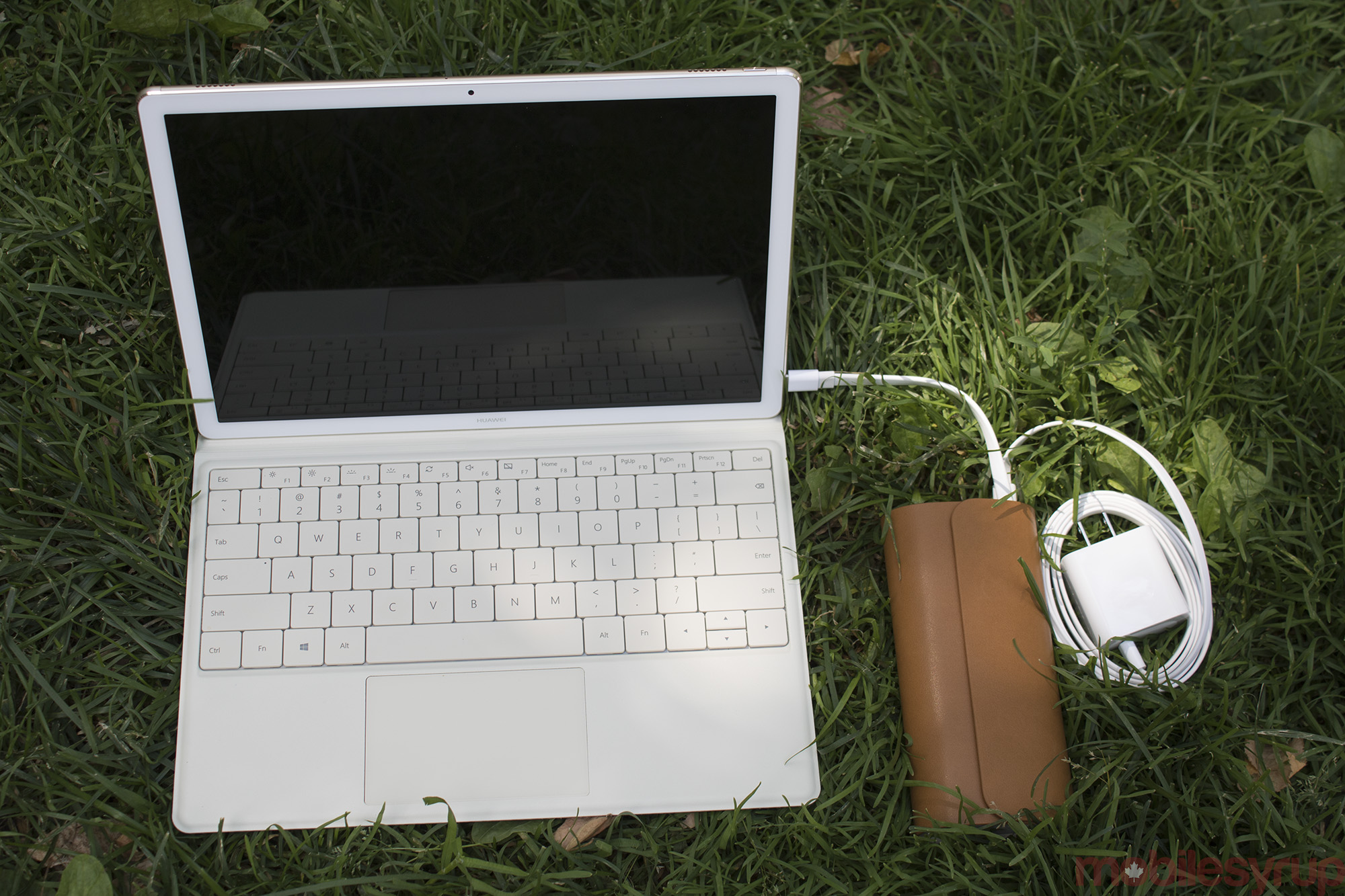 One thing I did find frustrating was the lack of availability of apps in Windows 10 that have become intrinsic to my life. Many services haven’t released applications for Windows 10 yet and I found myself limited to using the browser versions of some apps. I do acknowledge that many people wouldn’t be bothered by this at all as it depends entirely on what kinds of apps you’re into.

The media kit that I received included the Huawei MateDock, the MatePen and a keyboard, however based on the pricing model provided these additional accessories are normally sold separately. The keyboard is normally an additional $169 CAD, the MatePen is $79 CAD and the MateDock is normally $109 CAD.

Of these accessories, I felt that because the device comes with just one USB-C port, it made sense for at least the MateDock to be included in the retail package, though Apples 2015 and 2016 MacBook suffers from this same issue, as does Samsung’s Tab Pro S. 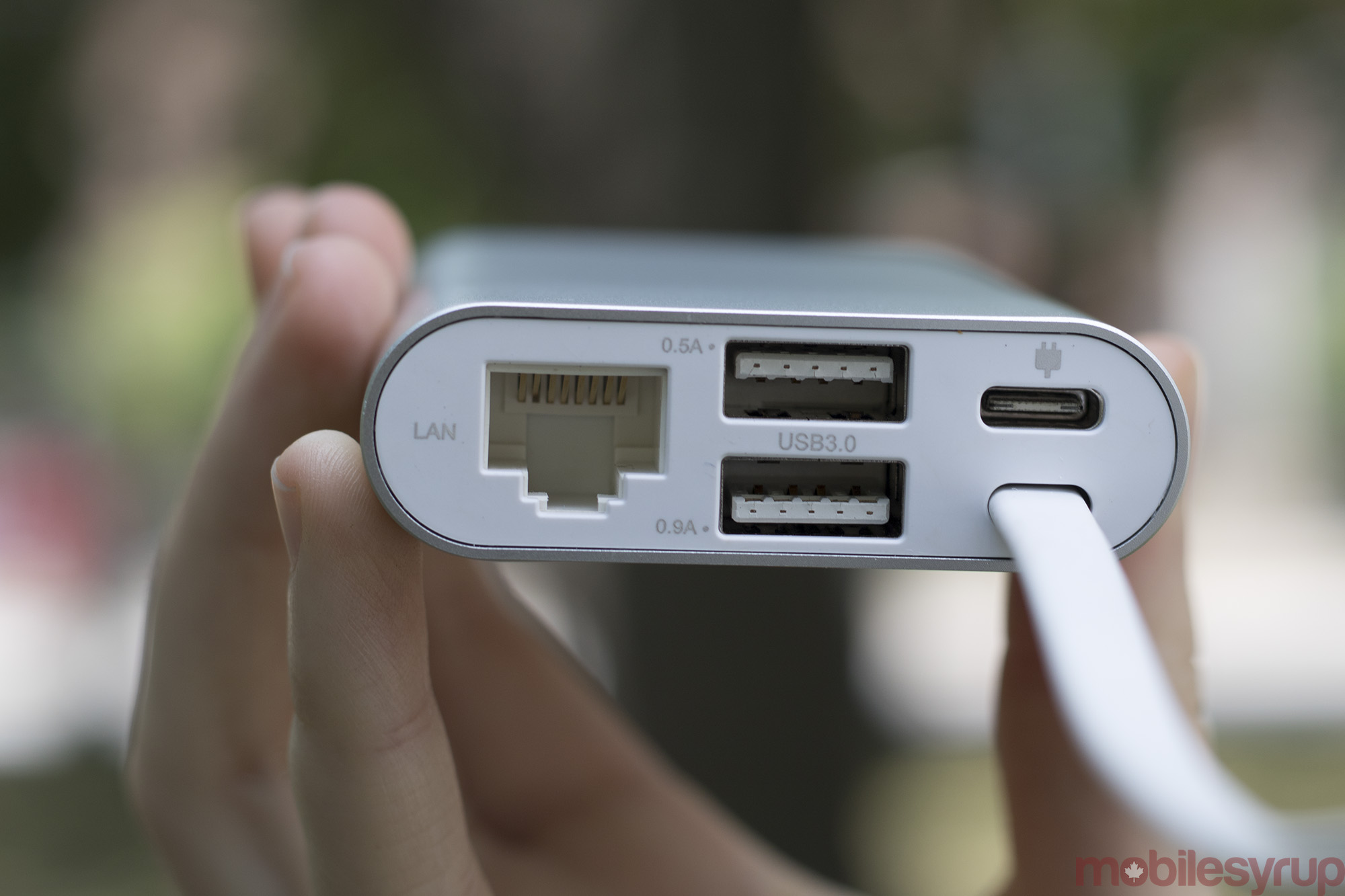 Several manufacturers continue to sacrifice the functionality of several USB ports for the sake of thinness, and at 6.9mm, the Huawei is no exception. While this hasn’t prompted many companies to include a USB hub in the overall price of a device or tablet, I predict that the thinness revolution will eventually deem it a necessary asset.

Despite its wide range of functionalities, 2-in-1 heated up significantly after using it for what seemed like just an hour. The next day, while watching TV with the tablet and scrolling through Facebook — a low-grade activity to say the least — you’d think I was editing together a short film for the past few hours.

In addition, the MateBook’s battery life is far from stellar. After three to four hours of moderate use, I found myself reaching for the charging cable, which is short enough that most people will need to work beside an outlet in most situations. 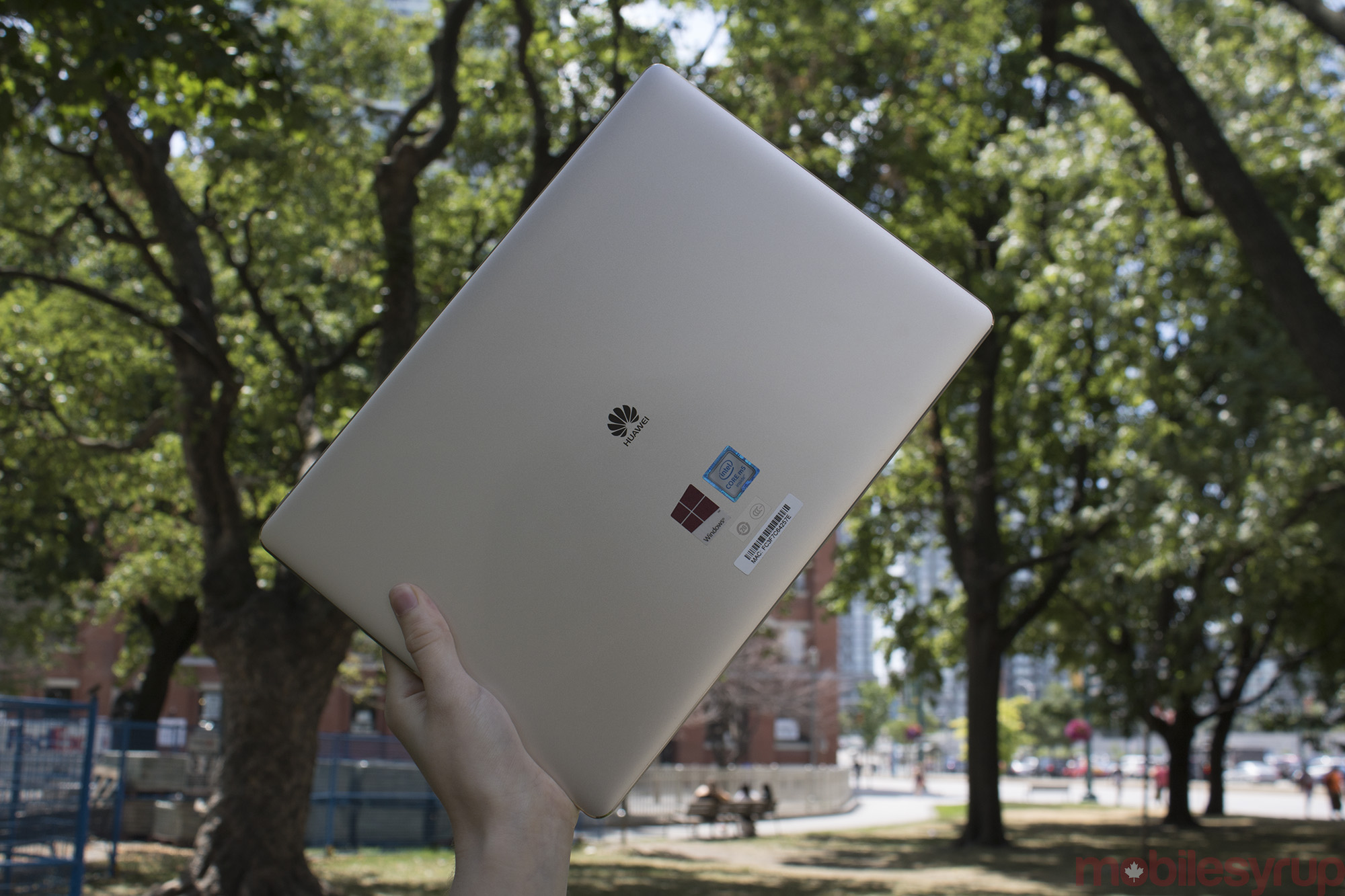 A unique feature of this tablet is the fingerprint sensor on the side of the screen. First, I’ll commend Huawei for developing an advanced sensor that succeeds where many others have failed. Almost 100 percent of the time, this feature worked seamlessly, even if only with my right index finger. However, the location of the sensor doesn’t quite make sense on a hybrid device. 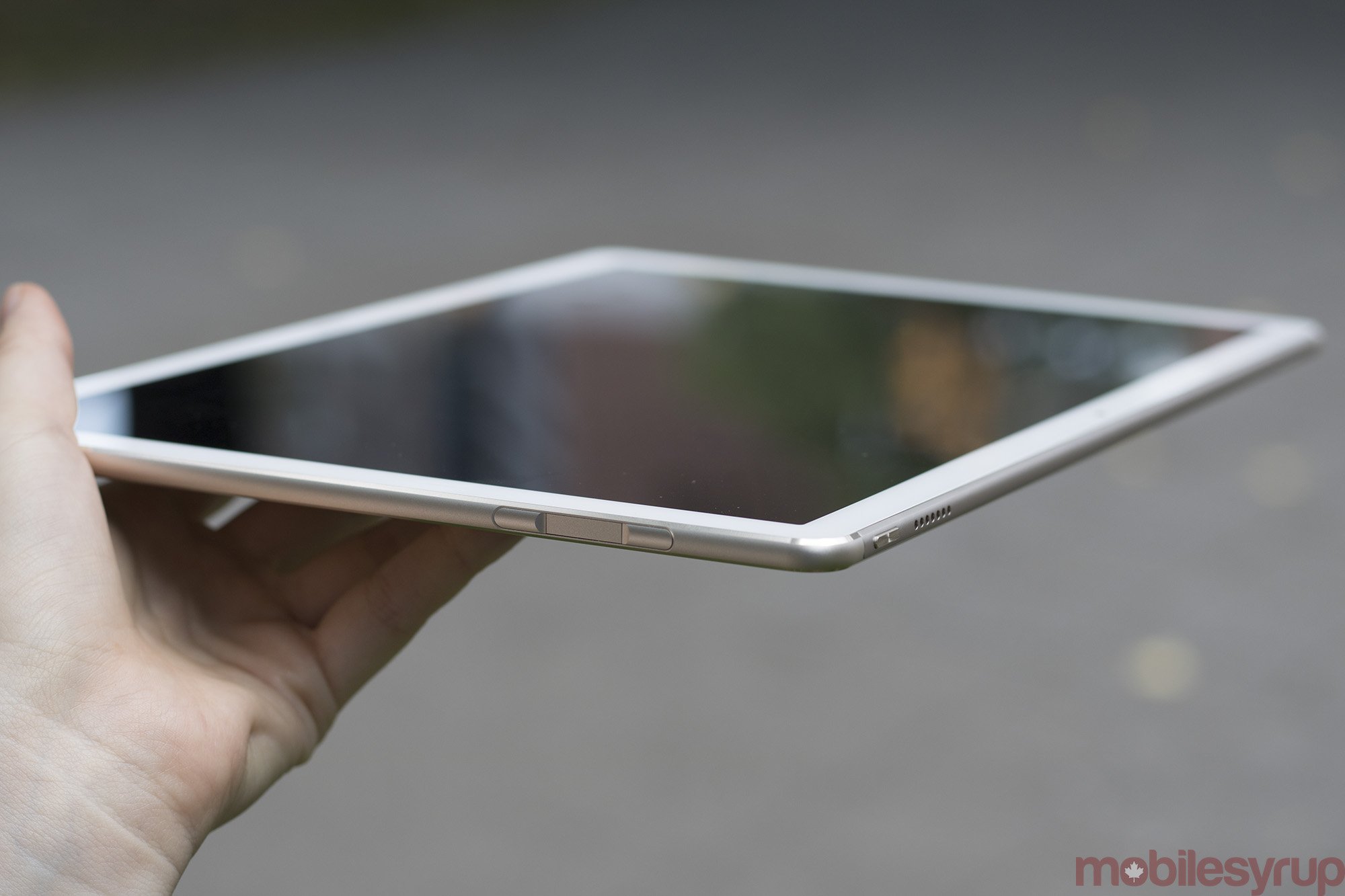 Furthermore, despite the bulky feel of the stylus it seems to do its job well. The MatePen doesn’t quite feel like a real pen, but it’s something I could write with if my feather pen went missing.  My favourite feature to use the stylus with is the ability to convert script to text.

If users prefer to write with the stylus, when the keyboard window appears at the bottom of the screen, they change its settings to allow for script instead of text. Once this is done, they can write in a box at the bottom of the screen and the MateBook converts it to text. Whether using Word or simply typing something into a browser, this feature is surprisingly effective.

Including any kind of stylus with a tablet implies that you can potentially use it in place of a traditional notebook and pen. A paperless world is the long term goal, right? While this is what most hybrids strive for, very few have actually been able to achieve it. 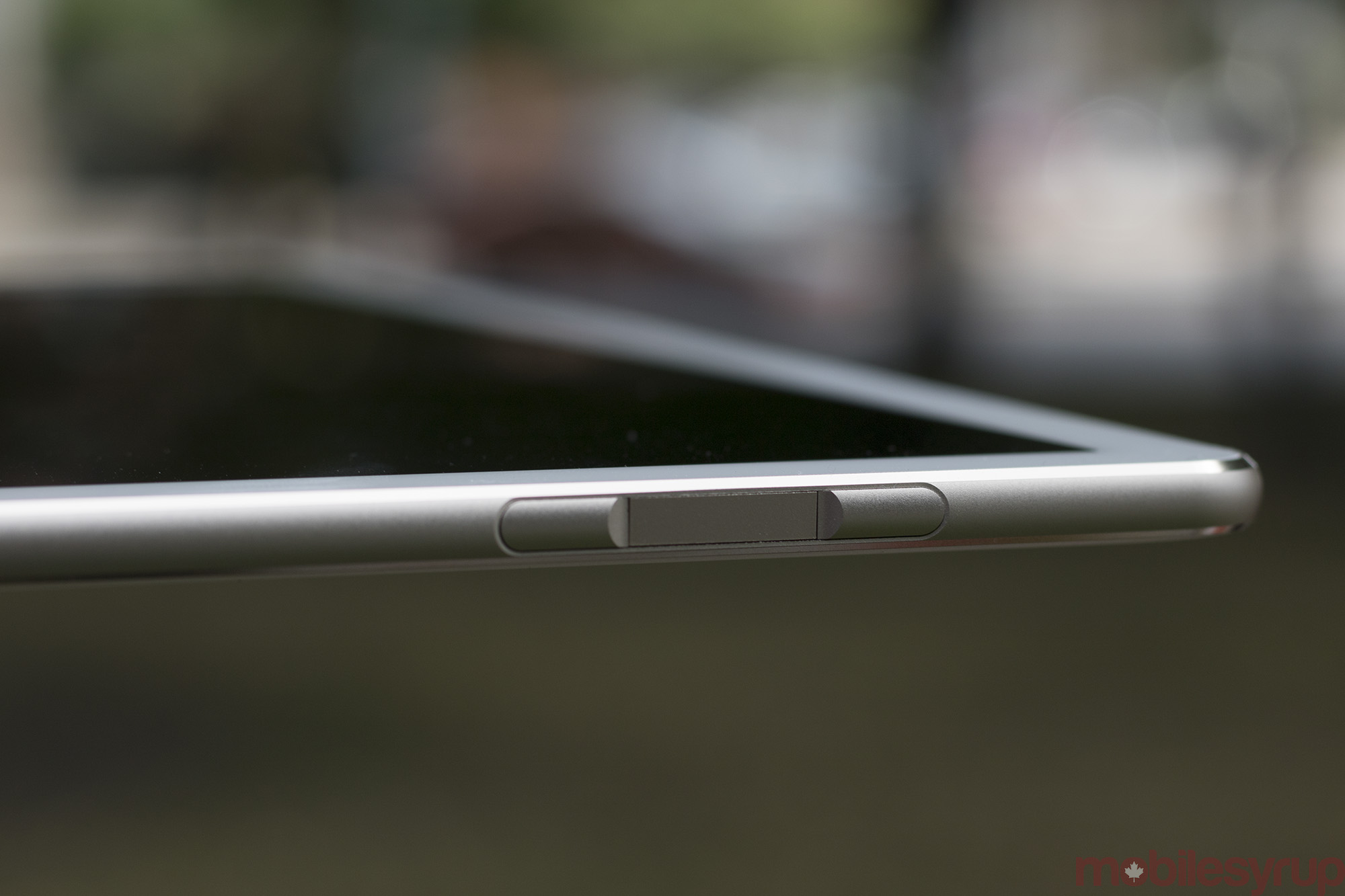 For some reason, writing with a stylus just isn’t as tight and effortless as writing with a pen. Or, maybe the problem with styluses is that they’re too effortless? The resistance you feel when gliding a pen across a piece of paper isn’t there when using a stylus, and that ease is precisely what makes many users feel uncomfortable.

Users are therefore often reduced to tapping the letters of on-screen keyboards with their styluses to avoid ever having to write anything with them. While that impracticality still exists with the MateBook, it’s been dramatically reduced through the script-to-text feature. With concepts like this, users are able to form sentences by writing two or three words in the box before approving the phrase and moving on to the next one.

The downside is that your handwriting needs to be neat enough that the program can recognize which letters you’re trying to form, which may prompt users to type slower for the sake of neatness, while sacrificing efficiency. Regardless, it’s a big step towards making the stylus useful again.

Case and keyboard less than on point 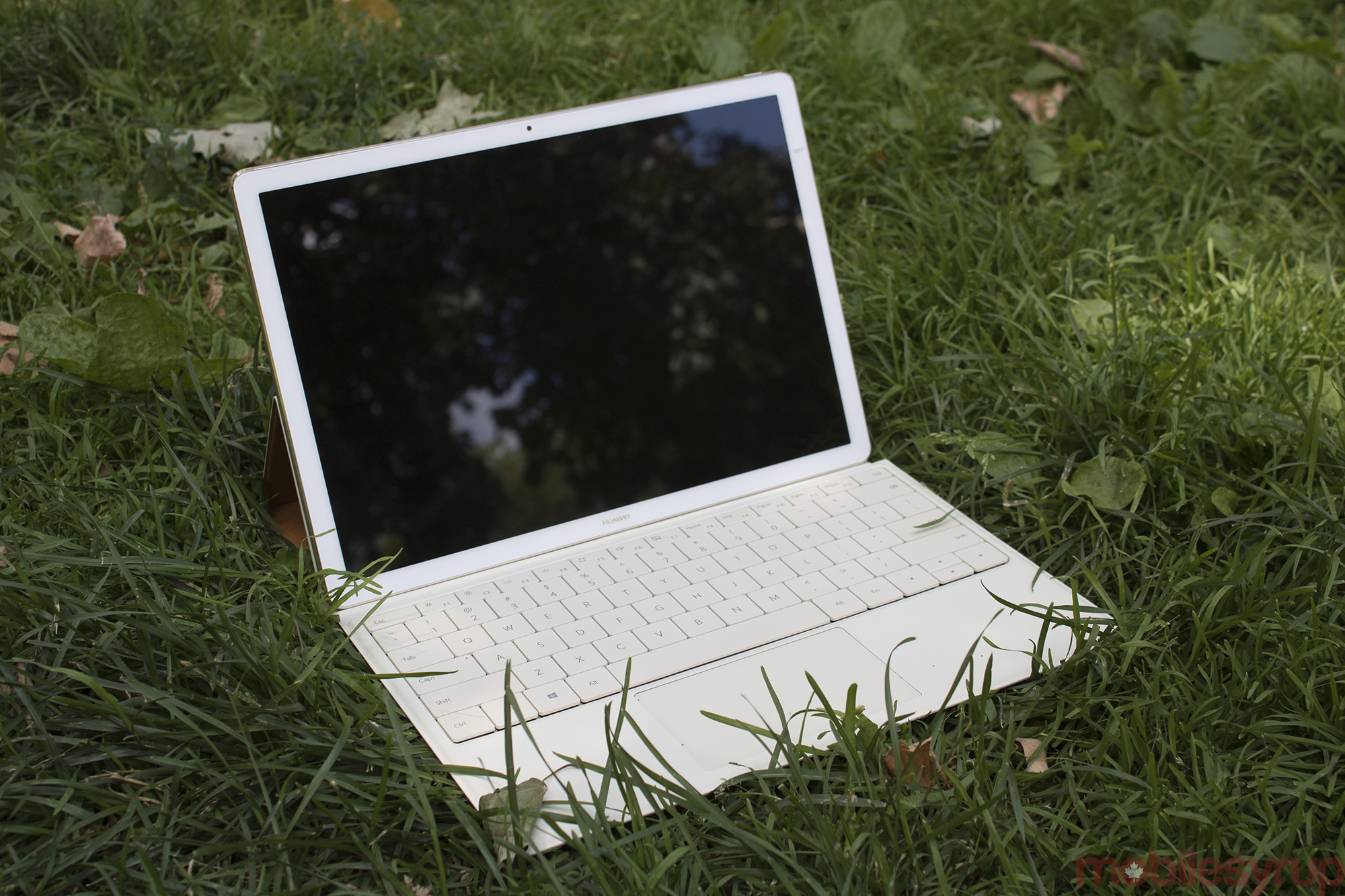 While aesthetics don’t necessarily make a device run any better or worse, they do affect whether someone will buy it and how they’ll feel about it after they’ve bought it. Bearing that in mind, the Huawei is a fairly attractive device, except for its case and keyboard.

The MateBook is enclosed in a brown case that smelled unmistakably like paint upon opening the box for the first time. In addition, the fabric used to make the off-white keyboard looks and feels like the leather car seats of the 70s. Otherwise, the keyboard is almost identical to the Surface Pro 4’s TypeCover 4, and offers an easy, smooth experience, though slightly cheaper feeling.

All in all, I found the Huawei to be an incredibly well-built device with a poor colour pallet, though aesthetic opinions are always entirely based on the preferences of the user.

Productivity-wise, the MateBook wants to be a tablet. Every app —  including my favourites such as Netflix, Facebook, Twitter and Microsoft’s News feature — are optimized extremely well for tablet use thanks to Windows 10. As a laptop, it gets the job done, though I predict that this business-minded device might just prove to be the ultimate entertainment buddy instead.