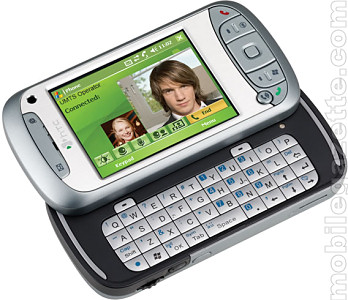 HTC developed ‘TyTN’ (pronounced ‘Titan’) with the inspiration that people will flock to it because of its name. This was the first release from HTC and they have seen some incredible advancements since this product was released. The performance of the TyTN is good and come loaded with a 400 MHz Samsung processor. The design of HTC TyTN is excellent, measuring 112 x 58 x 22 mm. The HTC comes with 64MB RAM, 128MB flash and carries approximately 50MB of memory… enough to store lots of pics with the 2MB camera. In addition, it is compatible with Windows Mobile and only available in Canada through Rogers.