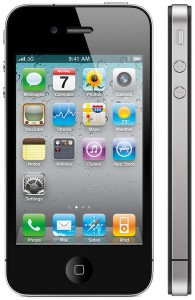 ** Update: Since posting this story we realized that August 2nd is a Canadian holiday. So we completely acknowledge the fact that the date could be incorrect because who would release a device on a holiday?  Our reliable tipster has supplied us with many pre-release dates and internal screenshots in the past. With that said we’ve searched online for other possible Canadian release dates and there are other rumours out there for July 23rd, 24th, 30th. We’ve also heard that the “beginning of August” is a very possible as well. We’re just as eager to have this on Canadian soil as you are. We’ll update you when we learn more. **

A few weeks ago it was rumoured that the iPhone 4 was going to be delayed in Canada, then Apple sent out an e-mail stating that they “turned away because we did not have enough supply”. Apple sold 1.7 million iPhone 4s in the first 3 days and was their most “successful product launch in Apple’s history”. Apple did state in the same press release that the iPhone 4 will be shipping to 18 other countries (including Canada) “by the end of July”. One of our reliable Rogers tipsters let is know that the Apple iPhone 4 will be launching in Canada on August 2nd, 2010 (or the beginning of August). Apparently the reason is due to inventory levels.

So who knows if this is the true date… perhaps they will have fixed the reception/signal bar issue by then. Thoughts?