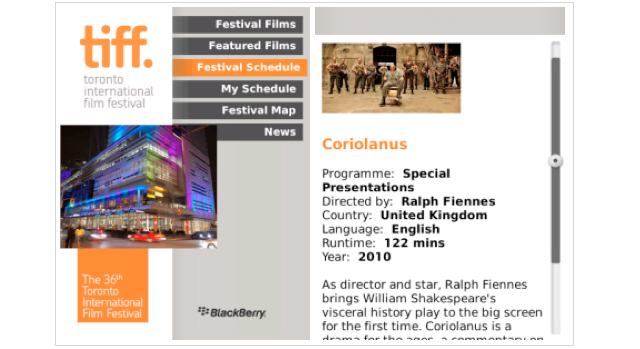 The Toronto International Film Festival (TIFF) is happening once again, now in it’s 36th year. Definitely lots of buzz around the streets of Toronto and BlackBerry is a major sponsor in the event and they’ve created a TIFF app. It’s available on all the latest devices (9900, 9810, 9860) plus the BlackBerry PlayBook. The app is free and gives you u-to-dateschedules, news, maps and descriptions of all the films that are playing at TIFF this year. The app is free and you can get it here via the BlackBerry App World