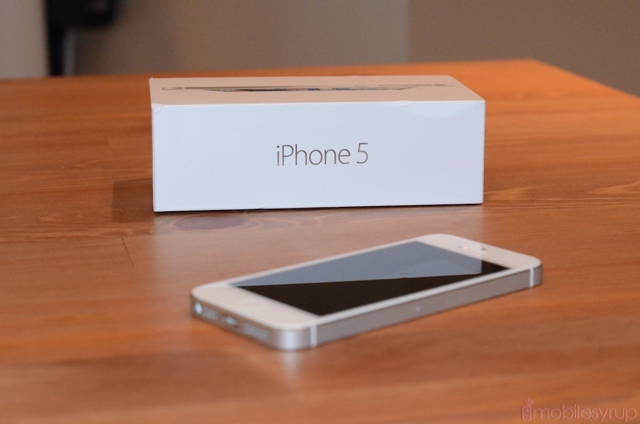 Do WIND, Mobilicity and Videotron subscribers finally have an iPhone to call their own? Sort of, not really, no. Depends on who you ask. Before we get to that, however, let’s back up.

For months now, following its impending merger with MetroPCS, T-Mobile has been teasing the rollout of an LTE network, the last of the major four U.S. carriers to do so. While Big Magenta had been subsisting fairly well on a 42Mbps-compatible Dual-Carrier HSPA+ network for some time, it most notably lacked the one major device that would stem the tide of user abandonment: the iPhone. Despite Android’s significant market share gains in North America, the iPhone is still the single most important device on a carrier’s balance sheet.

Along with huge changes to its pricing model — gone are subsidies; in are monthly instalment plans — T-Mobile is transitioning over to a 1900Mhz-based 3G network (courtesy of MetroPCS) and an AWS-based LTE network. What this means is that, by the end of the year, it will be running on the exact same frequencies as Rogers, Bell and TELUS, minus the 850Mhz part. In the meantime, existing users will continue to be able to use the company’s AWS-based HSPA+ network (1700/2100Mhz) as it rolls out LTE on the same spectrum.

Complicated as this might sound, it bodes well for Canadian interoperability. Previously, we had a choice: bring an unlocked PCS-based phone and purchase an expensive AT&T prepaid SIM card, or find an unlocked AWS-compatible phone such as the Nexus 4 and buy a much cheaper T-Mobile prepaid SIM. With this new setup, it’s likely that most existing devices, from both the incumbents and new entrants, will work on T-Mobile. (And, yes, despite lower costs, I neglected to mention roaming packages for a reason).

The company has rolled out LTE in seven cities so far — Baltimore, Houston, Kansas City, Las Vegas, Phoenix, San Jose, and Washington DC — with coverage for 200 million U.S. citizens expected by the end of 2013. We’re still waiting to find out if Canadian incumbent carriers have LTE roaming agreements with T-Mobile — it is the only carrier that uses AWS spectrum for LTE in wide deployment, as both AT&T and Verizon use 700Mhz — but it’s likely they will in short order.

More importantly, it appears that unlocked iPhones sold directly from Apple will begin supporting AWS come April 12th. Apple representatives confirmed that while existing hardware will not support the 1700/2100Mhz combination, all new handsets purchased with the model number A1428 — yes, even the locked ones from the carriers — will be usable on the new entrants. It’s unlikely that WIND, Mobilicity and Videotron will ever officially sell the iPhone, as their procurement numbers would be far too low to support Apple’s considerable marketing and inventory investment requirements, but it does mean that unlocked iPhones, starting next month, will work on their networks. And you can be darn sure they will begin selling nano-SIM cards as soon as humanly possible.

T-Mobile’s new UnCarrier plans mean that users will be able to purchase a prepaid SIM card with 100 minutes of nationwide talk, unlimited texting and 5GB of data for $30 (for 30 days of service). The existing $3/day for unlimited talk and text plus 200MB of data is still available if you’re only traveling for a short time.

Ultimately, this also means that Canadian iPhone users should, over the next few months, be able to go south and purchase a prepaid T-Mobile SIM nano-SIM and activate 3G service in areas that have 1900Mhz towers active. These are few and far between at the moment — the vast majority of T-Mobile 3G is still running on AWS spectrum — but the situation should be much different by the end of the year.

These are good tidings for Canadians traveling to the United States, and excellent news for users looking to purchase an iPhone to run on the new entrants. We don’t have proof that Apple Canada will be shipping the updated pentaband iPhone 5 on April 12th, but we can’t imagine they won’t. We’ll update you when we know more.