Rogers to release the LG G2 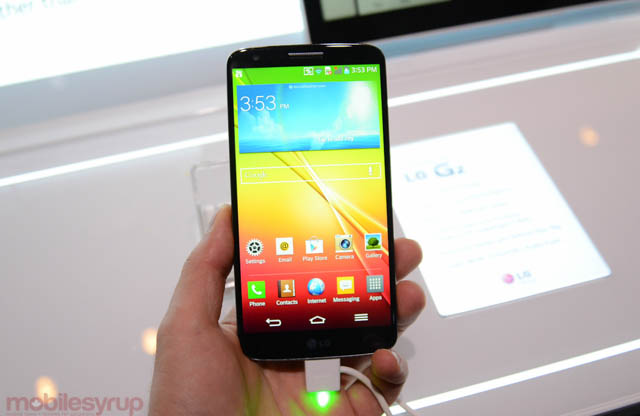 LG unveiled their new flagship G2 earlier this week. It’s an impressive evolution and the specs and features are packed. We’ve had some hands-on time with the G2 and noted during the event it’ll make its way to several Canadian carriers. TELUS was first up to announce the G2 will arrive on their network, and today Rogers declared via Twitter that customers will be able to purchase the Jelly Bean with unique back volume-button device in the near future. No dates, colours or pricing yet… but every second gets closer.