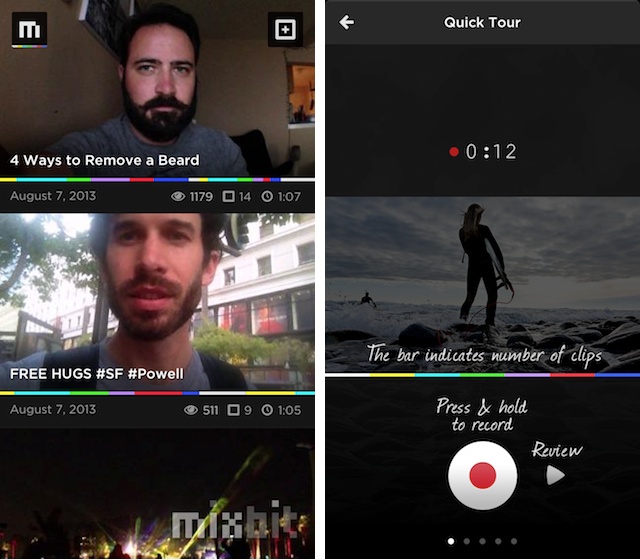 YouTube founders Chad Hurley and Steve Chen have released a new app for iPhone that lets you anonymously stitch together short snippets of video to tell simple or complex stories — it just depends on how much time you put into it.

The idea is pretty simple: in a world of Instagram and Vine, which limits users (to some extent) to linear, chronological videos of between 6 and 15 seconds, MixBit lets users submit video clips to the cloud, reorder them, and even use others’ work, all in the name of creating interesting pieces of digital cinema.

The premise is only as good as the content submitted, and the imagination behind the creators, but the tools are extremely intuitive. Users can record clips of between one second and one hour, and these can be stitched together in any order, duplicated, or overlaid to create interesting effects. Users can combine a total of 256 clips to create videos of an hour in length, but most will likely be under a minute.

While the initial version focuses on iPhone, AVOS Systems, the company behind the app, says that an Android version is due in a few weeks, likely sometime in September.

From my short time with the app, it not only appears easy to use, but provides a measure of depth and complexity that Vine and Instagram can’t, and don’t want to, compete with.