Google has purchased the company behind Emu, a mobile messenger that aimed to do more than just facilitate the exchange of text, images and voice notes.

Created by former Google and Apple employees, the app used artificial intelligence to automatically scan conversations and create actions from them, such as scheduling appointments, displaying movie times and more. Ironically, when the company exited beta in April, it shut down its Android app, which it found to be too difficult to integrate on top of Google’s mobile platform SMS layer. Instead, it focused on improving its iOS app. 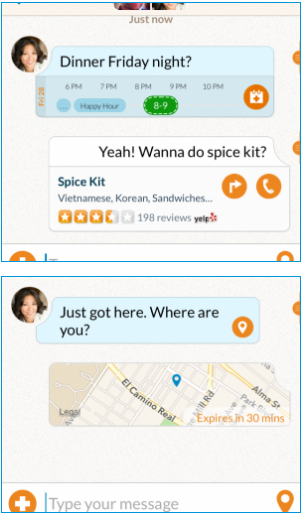 Gummi Hafsteinsson, co-founder and CEO, has worked on Siri while at Apple and saw great potential in combining AI and messaging; Emu as a product, however, lacked the user base to truly impact the market.

How Google will integrate Emu into its messaging tools remain to be seen, but Hangouts has great cross-platform potential to be integrated with Google Now, and Emu could provide the layer necessary to make it happen.

The app will be removed from the App Store on August 25th and will stop message delivery for existing users on that day, too. Financial details of the acquisition were not disclosed.