While most BlackBerry users might not recognize Todd Wood’s name, they’re certainly familiar with his work. As BlackBerry’s VP of Design since 2006, Wood was directly responsible for BlackBerry’s iconic look . Like many longtime BlackBerry execs, Wood recently left the company, and has since been interviewed by Canadian Design Resource.

The interview is filled with interesting little nuggets, including Wood’s current work on a Bruce Peninsula response to the Muskoka chair, his future work with Porche Design Studio, and the fact that the red BlackBerry Q5 design was an homage to the Valentine typewriter by Sottass for Olivetti.

Of course, Wood also speaks to his time at BlackBerry and shares his thoughts on the company’s future. It’s notable that while both former co-CEO’s Mike Lazaridis and Jim Balsillie recognized the value of design, Wood believes that BlackBerry was never a design-driven company like Apple. We’ve pasted a few interview snippets below; the rest of the interview can be found at the source link. 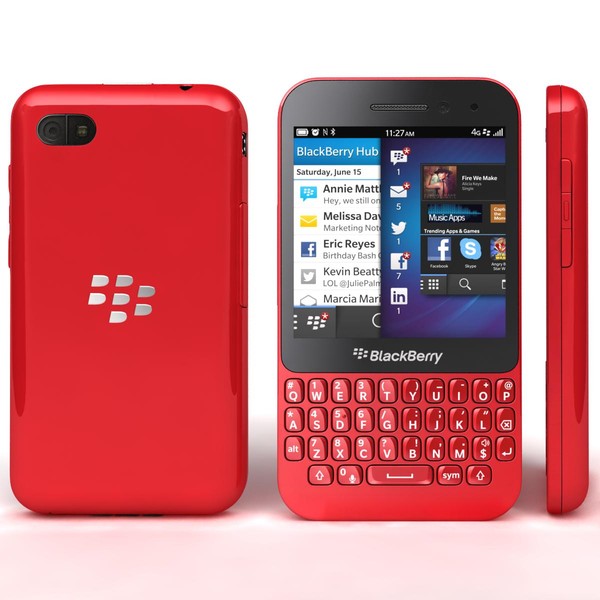 Did the founders understand and appreciate design? Did design drive innovation?

During the hiring process, I did a final interview with Mike Lazaridis, co-CEO and co-Founder of RIM. I really admired how proud he was of the company. We talked about the design of watches and cars. I told him that BlackBerry devices could be both functional and beautiful as well. He really liked this idea, and wanted this for BlackBerry. To close the deal I told him that I knew exactly how to do it.

Both CEOs, Mike and Jim Balsilie, appreciated and recognized the impact of design. It made our products better, more attractive and easier to sell. ID had a strong alliance with Mechanical Engineering, and together we managed to continuously improve build quality, cost/size reduction, and drive material and form factor innovation. Our scope didn’t really include UX until the company decided to switch to the newly acquired QNX platform, that was the basis for BB10.

Was BlackBerry a design company? There were moments, but it was never consistently design driven, like Apple, BMW or Nike.

We all know the troubles that Blackberry has been managing, do you think they can reverse the trend?

BlackBerry’s struggle to become a viable software and services business is well documented. Like most Canadians and shareholders I sincerely hope they find their niche, and survive.

From my perspective, I believe that the design team did everything it could to help reinvent the company. The BlackBerry 10 operating system was recognized for its design innovation, and all four BB10 devices received Red Dot awards for Product Design. Beyond the launch we invested heavily in Design Planning, and filled the pipeline with a portfolio of innovation.

Disclosure: I worked at BlackBerry from 2009-2011. Mr. Wood never responded to any design sketches I sent him.