Get ready for a whole new breed of wearable tech: hearables. The Bluetooth headset is getting a reboot in this new wave of computing, making voice the main method of interacting with our smartphones and computers in coming years.

If you are a fan of sci-fi movies and have seen the Spike Jonze movie Her, you have already caught a glimpse of a vision of this future — less screen and more sound. Set in 2025, one of the more noticeable aspects of this futuristic world is seeing people interact with their operating systems (OS’s) by talking to them via an earbud. Voice was such a core means of interaction in this depiction of the future, that the “smartphones” shrunk in size to something similar to a business card or compact mirror because they were no longer the central means to connect digitally.

We may not need to wait until 2025 to see this type of human-computer interaction become a reality. “Hearables”, a term coined for wearables worn in the ear, are expected to hit the mass market as early as later this year.

Intel truly kicked off the category in January at CES of a pair of prototype Smart Earbuds called Jarvis. The always-listening headset listens for voice commands to control apps on your smartphone, talking back to you like a personal assistant.

Motorola’s Hint, which was just unveiled by the company last week, offers the same functionality but in a much more discrete form factor. Where Intel’s Jarvis was shown as an awkward over the ear device, Hint is a discrete and fashionable earbud meant to blend in when the wearer has it in his or her ear. Both Intel and Motorola have yet to officially announce launch dates for their devices but both are expected to be available by end of this year. 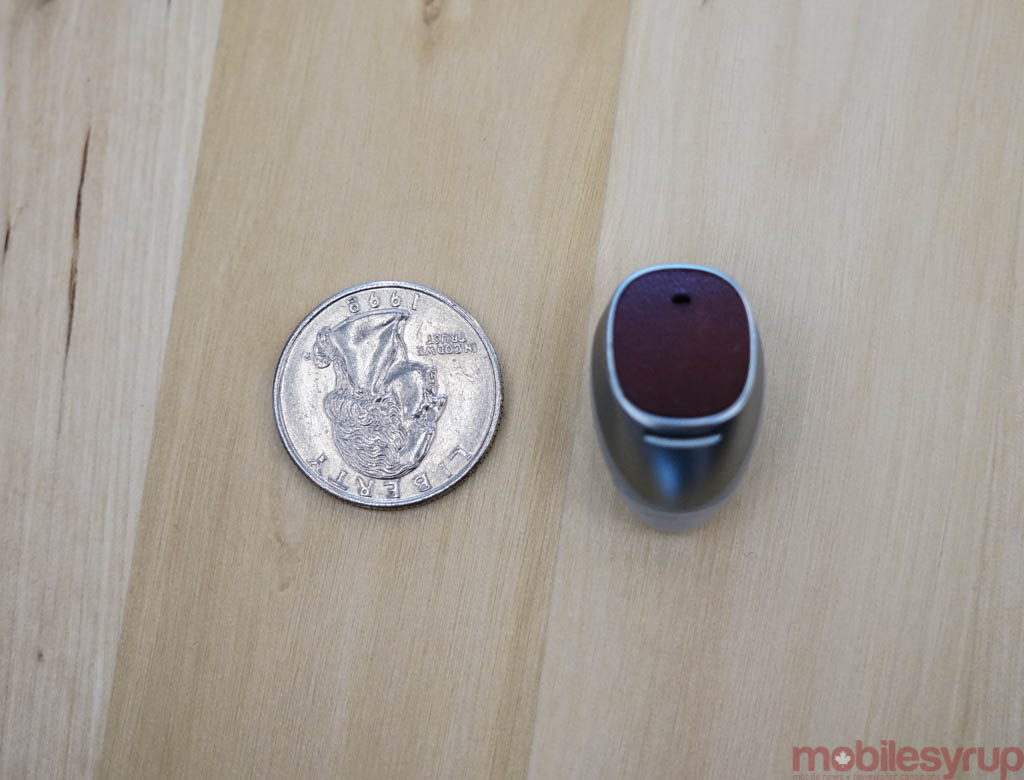 Last month, Intel officially announced its partnership with SMS Audio, 50 Cent’s headphone brand, on a pair of cans aimed at runners and gym-goers. The SMS Audio BioSport In-Ear Headphones, powered by Intel, is equipped with sensors that measures heart rate, logging the data and offering fitness advice based on its analysis. The optical light sensor on the device continuously measures your heart rate to identify states of exercise, relaxation, cancelling any noise caused by body motion or ambient light. The earbuds are a great alternative to those currently using chest straps or fitness watches.

Bragi’s Dash raised over $3.3 million dollars in March for its wearable that jam packs a wireless music player, fitness tracking device and Bluetooth headset all in a pair of nice-looking earbuds. Dash goes beyond heart rate to also detect oxygen saturation and body temperature along with performance metrics like steps, cadence and speed. Its integrated 4GB music player can store and play up to 1,000 songs independent of your smartphone and using Bluetooth the device doubles as a Bluetooth headset to take calls.

Like all new categories, hearables face some challenges, like ambient noise, movement, battery life and voice recognition. But solutions are forthcoming. Intel’s SMS Audio earbuds, for example, are attempting to combat battery inefficiency by offering energy harvesting capabilities through the gold-plated audio jack. And Bragi’s Dash uses an ear bone microphone to weed out background noise to deliver a clearer voice quality when using the device as a Bluetooth headset.

Companies like Motorola and Google have made significant strides in voice recognition. But the demo we had of Motorola’s Hint in action and our experiences using voice on Google Glass suggests there is a steeper hill to climb before the technology is really ready to take over tapping, touching and typing.

Of course, when it comes to talking to our tech, the issue isn’t just the computer’s ability to understand our commands, but also the stigma of walking around looking like an obnoxious self-talker. But as societal norms shift, sensors get stronger and voice recognition systems get smarter, there is no doubt that hearables offer a less intrusive and more natural way to benefit from technology.