Rumours of Motorola building the next iteration of Google’s Nexus smartphone has swirled for many months now. The internal name is reportedly called Shamu and it might come to market as the Nexus 6 or the Nexus X.

The latest report, courtesy of 9to5Google, states that Google will release a Motorola-made Nexus with a 5.92-inch QHD display (resolution of 2560 x 1440, 498 PPI), considerably larger than any Nexus smartphone to date. Other notable specs include a Snapdragon 805 processor, 3GB of RAM, 32GB of internal storage, a 13MP camera with 4K video capture, a 2MP front-facing camera and a 3,200 mAh battery.

The image above is a mock-up of what the Nexus 6 could end up looking like, which “is based off of a real device.” The design looks like a bigger Moto X.

The rumoured device is apparently scheduled for a mid-October unveiling, with a purchase date of early November — which makes sense, since the Nexus 5 was available on Google Play late October 2013, then widely available at Canadian carriers a week later.

Update: A picture of a Motorola device has leaked online. There is no word on what exactly the name of the Moto smartphones is, possibly the Nexus 6 (Shamu). Taking a look at the G3, which is 5.5-inches, is a larger device claiming to be the next pure Google Android. Unfortunately, missing from the back is the Nexus branding… so this could simply be a solid photoshop job. 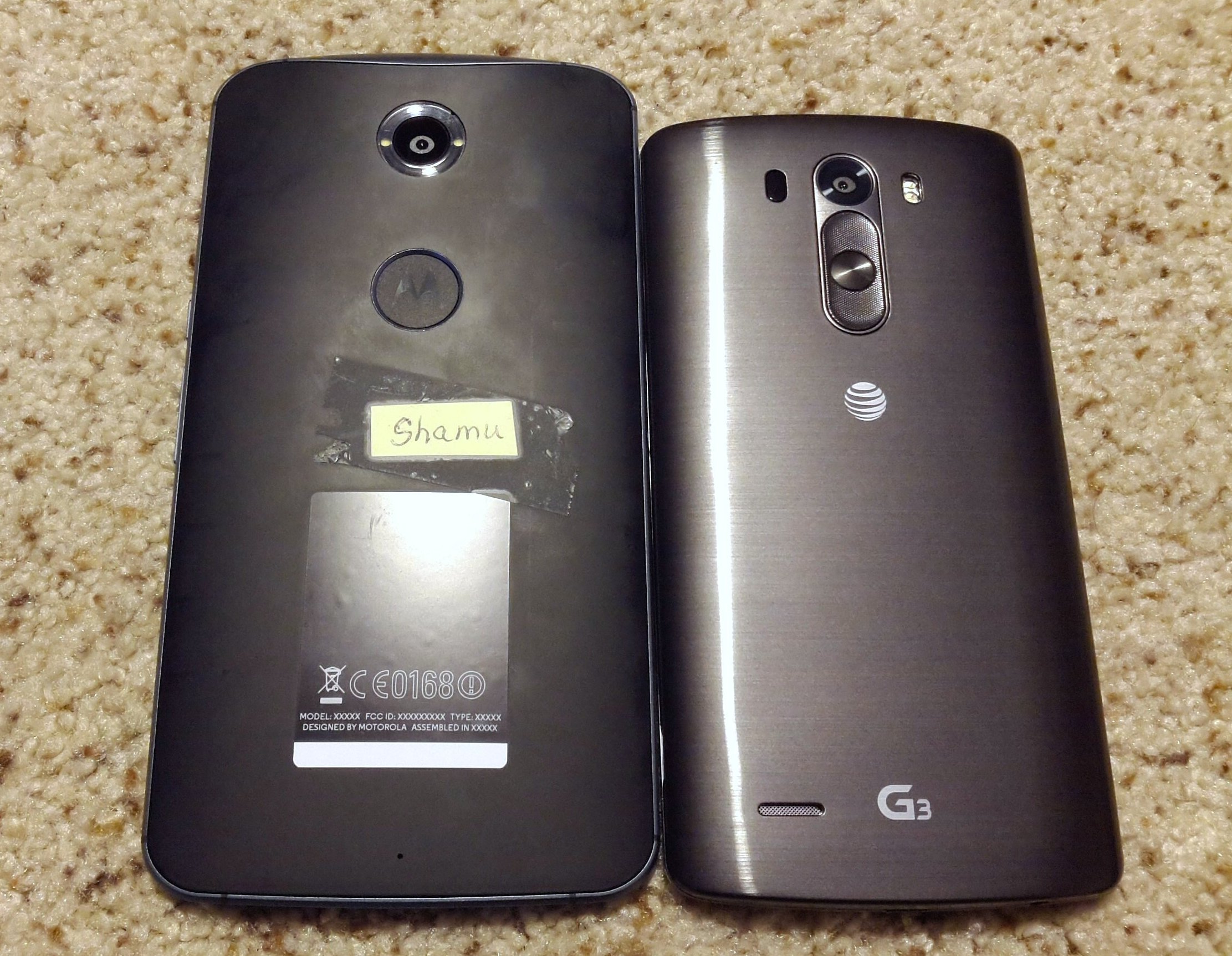