ShopBlackBerry sells out of the Passport after first day of sales

“Canadians love a great comeback.” Words uttered during BlackBerry’s launch event for the Passport yesterday. The 4.5 inch BB10 device went on sale yesterday online and through TELUS for $200 on contract, or $700 unlocked.

ShopBlackBerry.com is currently showing the smartphone is “Out Of Stock” on both the Canadian and United States site. No indication of when more stock will arrive back online, but those interested can submit their email address for updates. 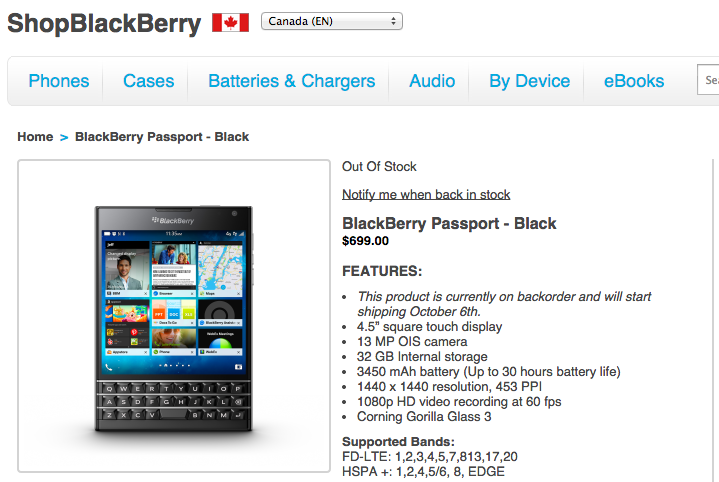 It’s uncertain how many Passport’s BlackBerry has made available for sale online, but perhaps Wayne Gretzky’s presence at the event yesterday increased demand for the device. John Chen stated during his keynote that with the support of The Great One, “if you guys don’t support us, then you’ve got some problems.”

Several other Canadian carriers, such as Rogers, Bell, SaskTel and MTS will all release the Passport starting October 1st in both black and white.