Sony plans to sell the Xperia Z3 Compact in Canada for $599.99 outright at Sony Stores, according to pre-order information.

A reader sent us confirmation that he was able to make a pre-order for the 4.6-inch Xperia Z3 Compact at Toronto’s Yorkdale mall, confirming our suspicions that the device would be sold close to the release date of the larger Xperia Z3, which is slated for October 31st.

We were told that the original release date of the Xperia Z3 Compact was also October 31st, but has since been changed. We’re not sure whether this is to align with the company’s carrier partners, or whether inventory is anticipated to be low. 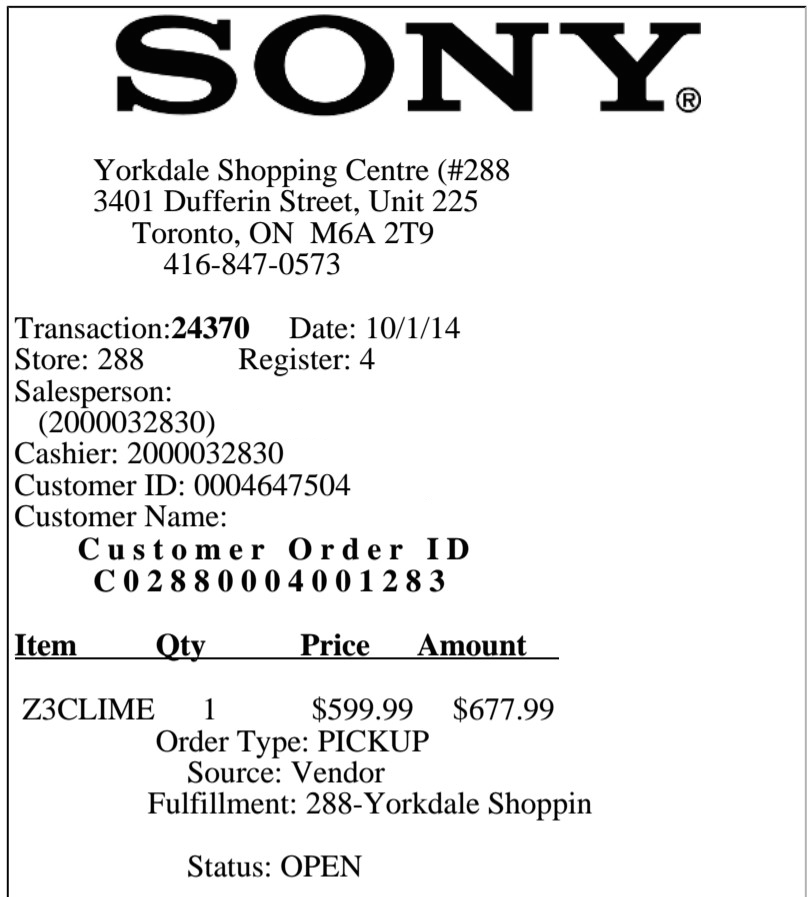 We’ll have more information about this highly-anticipated Android device when it becomes available.

Update: Sony has issued a statement about the pre-order process, and it sounds like the devices were sold in error.

“A few Canadian Sony Store employees mistakenly began processing pre-orders on October 1st for Xperia Z3 series products.  Pre-orders taken on October 1st will be honoured.  However, no further pre-orders will be accepted for any Xperia Z3 series products until closer to the launch.  We apologize for any misunderstanding.  We know there is a lot of excitement for the Xperia Z3 and Xperia Z3 Compact by Canadians so keep watching for more news in the weeks ahead.”