HTC has its ‘Double Exposure’ event planned for this coming Wednesday and it looks like the ‘double’ could refer to two new handsets from the company.

This Monday morning brings news of the HTC Desire Eye as well as the HTC One M8 Eye. Android Central points to Zauba, an import export database based in India, that lists the Desire Eye and the One M8 Eye for around $350 US and $450 US, respectively.

Specswise, details on the One M8 Eye are thin on the ground, though we can probably assume the phone will have specs similar to HTC’s flagship One M8 smartphone. The HTC One M8 was released in March of this year and packs a 5-inch 1080p display, a Snapdragon 801 chipset with Krait 400 CPU and Adreno 330 graphics, 2 GB of RAM, up to 32 GB of storage, and support for microSD up to 128 GB. Rumours for the One M8 Eye have pointed to a 5-inch display.

Given the HTC One M8 Eye’s name (and the theme of Wednesday’s event), it’s likely that the key differentiator here will be the camera situation. The vanilla One M8 already has a pretty unique dual-camera setup, so it will be interesting to see where the company takes that. The One M8’s front-facing camera packs a 5MP sensor, so it’s possible the ‘Eye’ refers to upgrades in that department. 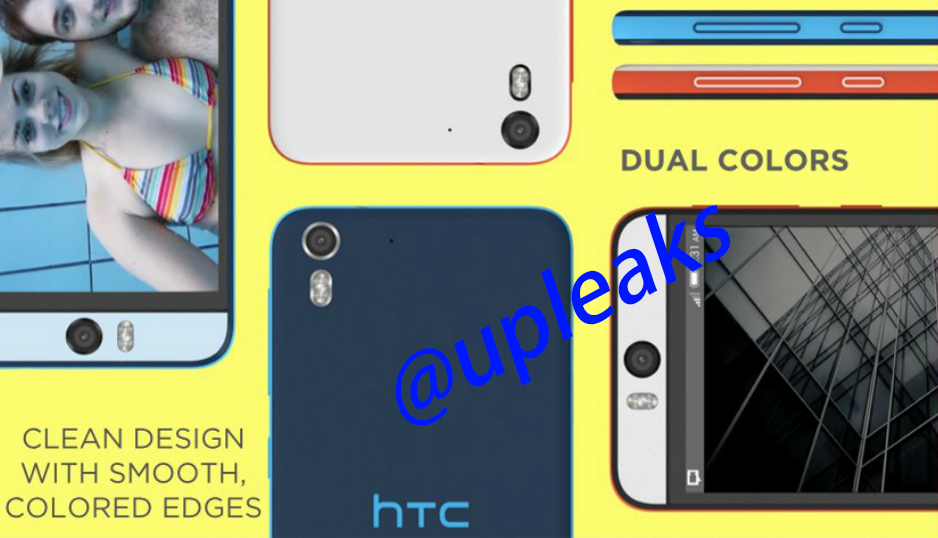 As for the HTC Desire Eye, we’ve got a lot more to go on. Rumoured specs for this device are extremely close to the One M8, which is unusual when you consider HTC usually reserves the ‘Desire’ moniker for lower-end devices.

For the most part, rumours about Wednesday’s event have been largely focused on a rugged camera called ReCamera. This device is supposedly compatible with iOS and Android devices and packs WiFi and Bluetooth connectivity. A teaser from HTC shows footage from a camera that can shoot under water, in slowmo, and from a first person perspective. Check it out: