The original Narrative Clip, originally dubbed Memoto, raised over $500,000 Kickstarter in late 2012. It was an ambitious project, full of lofty goals about changing the way people share and communicate through passive photo uploads.

But the end result was disappointing, a confluence of available technology and limited capital. The small clip-on camera produced poor, blurry images that could only be uploaded through a PC or Mac, and its small battery only lasted one day. Moreover, the single mounting mechanism, a small metal clip, limited its affixing options; it required a strong seam, like a jacket pocket or lapel, to remain secure. 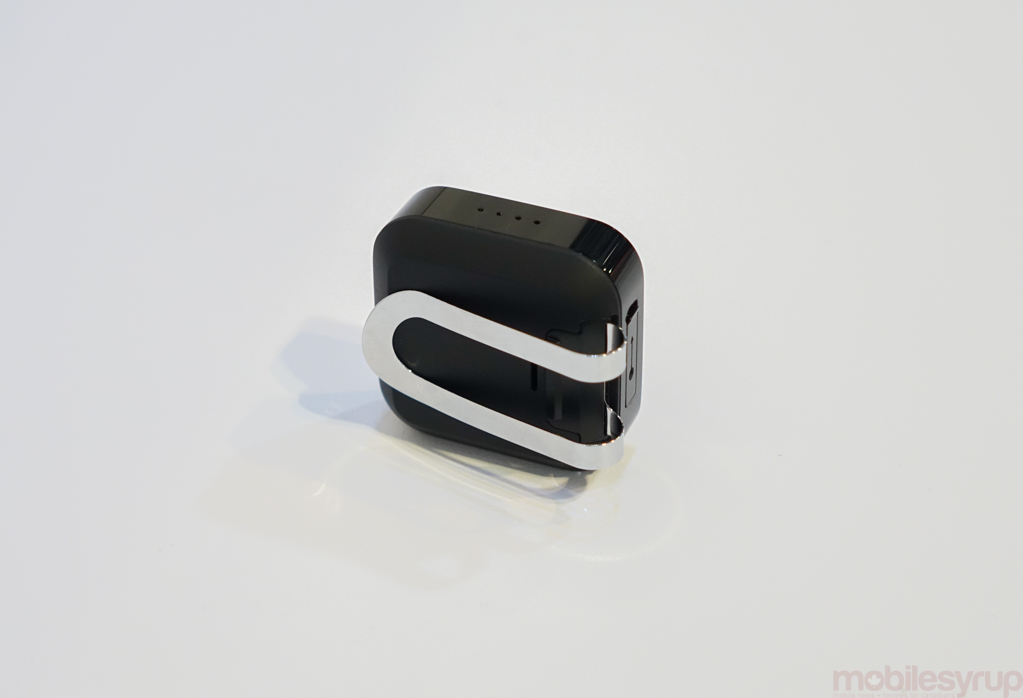 The Narrative Clip 2, available later this year for $199 USD, fixes these issues and then some. It improves the camera to 8MP, widens the lens to let more into the frame, adds a removable clip for multiple mounting options, and most importantly adds WiFi and Bluetooth support, eliminating the need for a go-between from the clip to the cloud. Everything can and likely will be done through a smartphone.

“When you look below the surface of a seemingly simple product, the Clip and an [iOS or Android] app, we actually deploy code on seven different platforms to achieve this simple user experience,” said Martin Källström, co-founder and CEO of Narrative. “To get a scalable process took a long time,” he added. “It’s been a long journey to get there.” 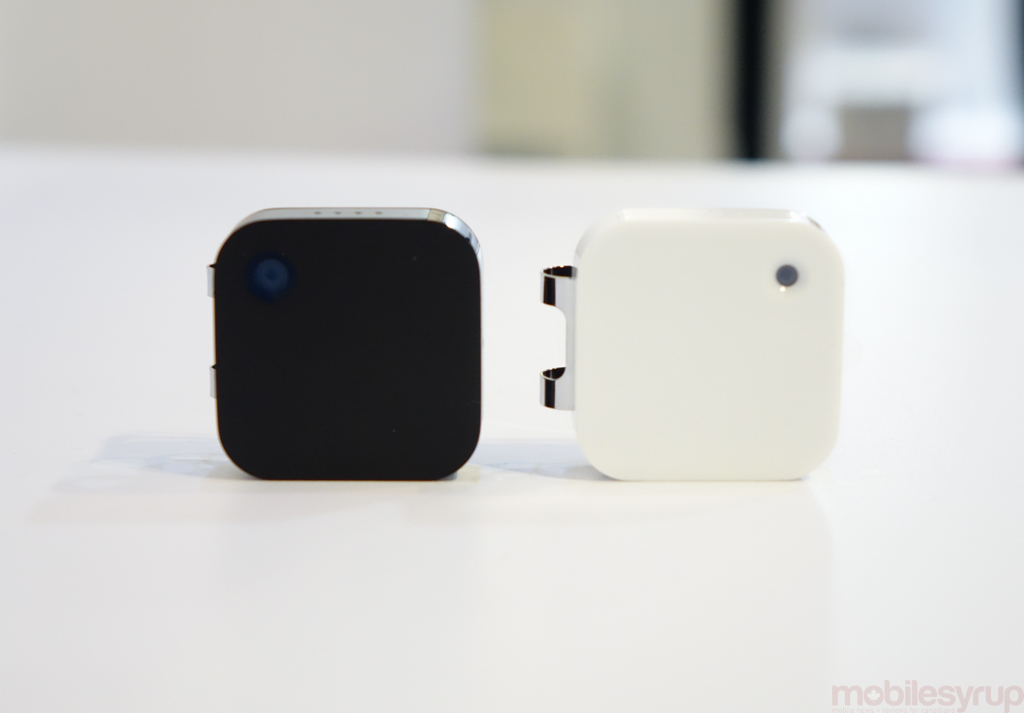 The Narrative Clip 2 is a product of a growing company and loads of user feedback. “Every platform has at least one dedicated engineer, so the software quality has improved and made a huge difference.”

When Narrative receives a user’s photos, often hundreds of them, it stores them on an Amazon server and uses algorithms to analyze quality — is it too blurry?; is it too dark? — and bring the best to the fore. It also searches for faces. These good photos are presented chronologically in what the company refers to as “Moments,” snippets of someone’s life that can be easily accessed and scrolled through.

The process of building these Moments is quite time-consuming, exerting a lot of pressure on both the server infrastructure and development team. The company has increased its staff to nearly 40, from 18 in early 2014, and has redesigned its iOS and Android apps and launched a fully-functioning web portal in the meantime.

Recently — during CES, actually — the company introduced Public Streams, a way for users to share specific Moments with friends and family. All photos are still private by default, but with a simple tap can be made public and seen by anyone with the link, similar to a Dropbox or Evernote file. Källström says he has no intention on pivoting his company to a social network, but was merely helping solidify the brand presence across multiple services. “We need to find ways of bringing people from the outside world to the Narrative platform,” said Källström.

One of the more interesting aspects of the new Narrative back-end is the ability to use big data — multiple sources from more than one person — to determine a good photo. For example, a single nighttime photo may be detected as usable because there is no context, but multiple people uploading similar photos from varying vantage points, say at a concert or among a group of friends at a bar, will aid in more accurately interpreting the data.

The Narrative Clip 2 builds on that software success by introducing new mounting methods. At launch there will be a magnet mount to affix the clip to metal surfaces, as well as a necklace module for wearing the Clip around one’s neck. Källström acknowledged that the first-generation clip biased men, as it was often difficult for women wearing, say, a tanktop, to find places to comfortably wear the device. 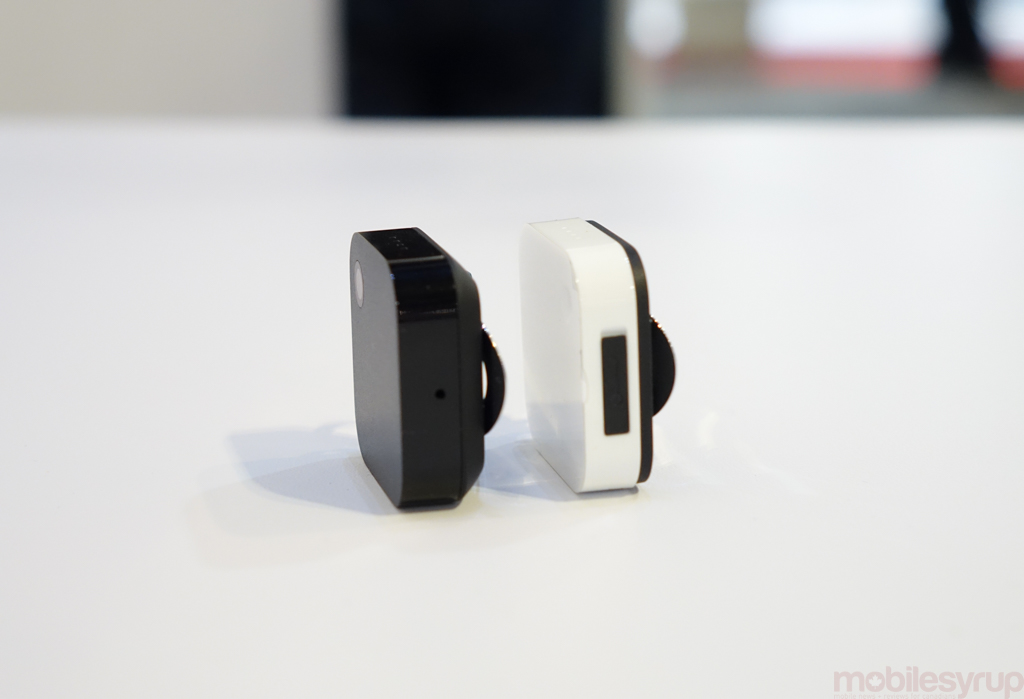 Källström is also making it easier for people to use the service over the long-term without alienating Narrative’s core user base. The team decided last year to transition to a freemium model for uploads, as opposed to charging everybody the same amount for unlimited storage. Free or lite users will get a modicum of storage — Källström says 5GB at the moment, but that could change — and will be notified when they are approaching the limit. Existing photos will not be deleted, but degraded in quality to ensure non-destructive longevity.

Finally, the core hardware of the product has fundamentally changed. Transitioning to a high-quality video-optimized system-on-chip (SoC) from Ambarella, the same company powering devices like the GoPro and Dropcam, allows for a more reliable camera setup. Not only does the chip provide consistently better photos, with higher dynamic range and less on-board processing, it is also capable of shooting video.

While Källström won’t talk about video specifically, other than to say he and the team are coming up with innovative ways to use explore the technology within the confines of lifelogging, he says there is much to be excited about from a performance perspective here.

The Narrative Clip 2 can connect to a smartphone or tablet over Bluetooth and, while charging, upload files to the cloud over WiFi without going through an intermediary PC. The addition of a gyroscope also allows the device to detect not only movement, but rotation and pitch, something that will help determine when and when not to take a photo. For example, the Narrative Clip 2 understands that wearing the device at your desk for four hours will result in the same photo taken repeatedly every 30 seconds, so it will process all those photos as a single shot, eliminating unnecessary storage and processing.

The storage issue is another point worth raising, since the 8MP sensor means larger photos — some 50% bigger than the 5MP shooter on the original. Källström told me that while photos are going to be larger, and the 8GB of internal storage hasn’t changed since the first-gen device, there will still be more than enough space for two days of photo-taking, and uploading should be much easier with background processing over WiFi.

Ultimately, the Narrative Clip 2 is the device Källström believes will bolster lifelogging to the mainstream. His is not the only company building such a product — we took a look at another one just last week — but he believes the Narrative is the best, and most intelligent of all.

A release date and Canadian pricing have not yet been announced, but the device will be available for sale to Canadians through the American web portal for $199 USD.