One look at Dell’s new Venue 10 7000 tablet, and you’d think you were looking at a clone of Lenovo’s Yoga tablets, with the cylindrical battery lining the bottom (or is it the side?) of the device that ties the two so inexorably.

The Venue 10 7000 is a 10.5-inch Android tablet that is like the big brother to the Venue 8 7000 that was launched back at CES in January. That tablet still officially holds the distinction of being the thinnest tablet available, despite the iPad Air 2 being a negligible 0.1mm thicker. 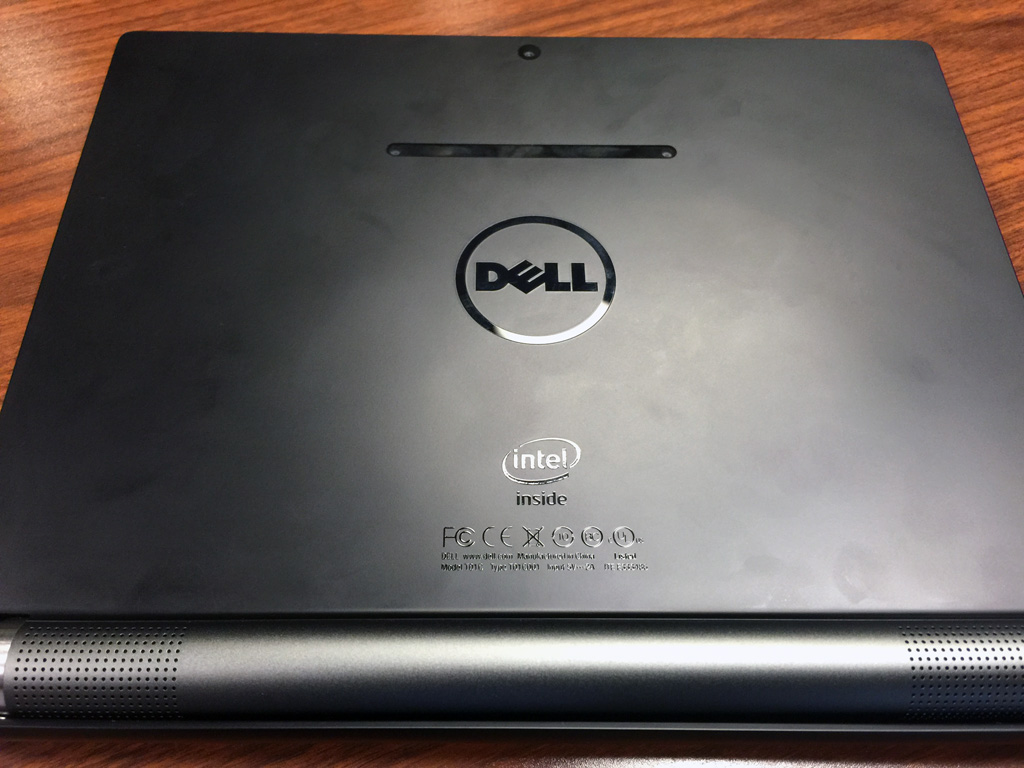 The larger Venue 10 shares much of the same pedigree inside and out, right down to the same 2.3GHz Intel Atom Z3580 quad-core processor, 2GB of RAM, 8MP rear camera and Quad HD OLED display (2560 x 1600) with a pixel density of 287ppi. It’s still quite thin at 6.2mm and weighs in at 598 grams. Much of that weight scales toward the 7000mAh battery that takes up the one side, though unlike Lenovo, Dell didn’t craft a kickstand from the back to prop it up a few different ways. More on that in a bit.

Made of brushed aluminum, Dell’s design philosophy deviated very little from the smaller tablet it released in January. The colour is the same, the finish looks the same and the display is the same resolution. MaxxAudio Waves-powered stereo speakers are part of the cylinder in the larger Venue, facing outward toward the user. Outside of that, there is virtually nothing to distinguish this from its smaller sibling.

Internal storage is paltry at 16GB — yet another spec that translates from one Venue to another. A microSD card slot can expand that up to another 512GB, which helps offset the lack of space. After Android and preloaded apps are tallied up, there is just shy of 10GB of storage available out of the box. A headphone jack and microUSB port round out the limited input options. 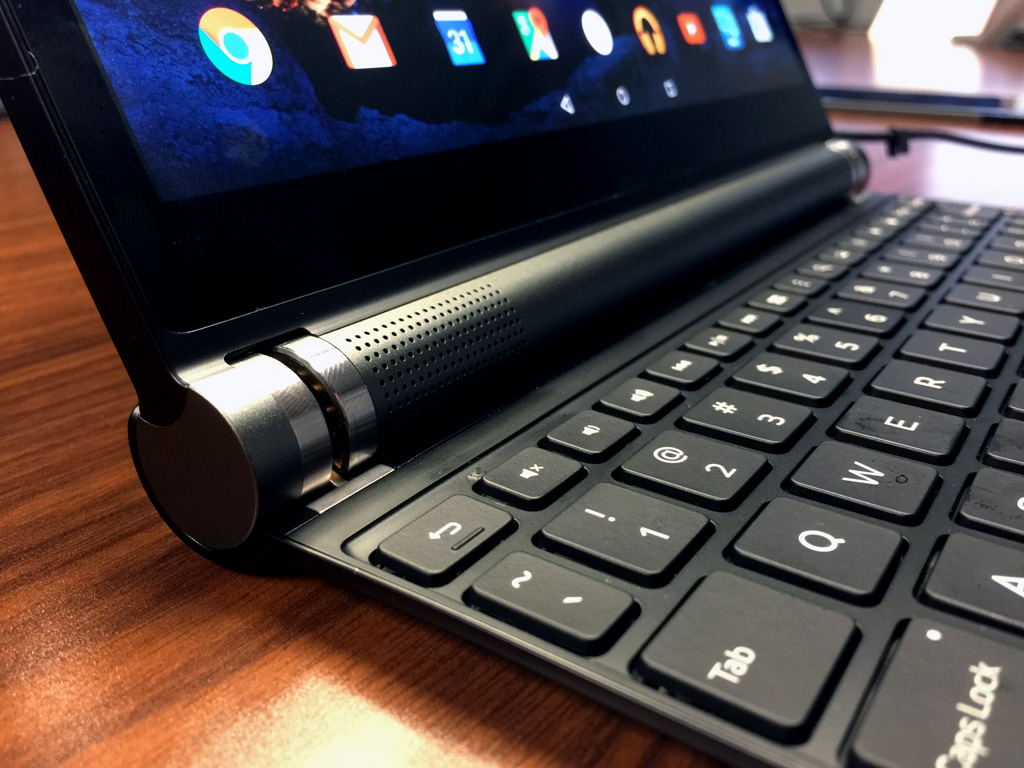 The screen is gorgeous. Vibrant with deep contrast (it is OLED, after all), my initial experience was made all the more positive by the screen’s responsiveness. It had zip to it, though first impressions are naturally not the same as daily usage habits. Still, if the processor can hold up well on the smaller Venue 8, than it stands to reason that it may do just fine on the larger Venue 10 as well.

It does run on Android 5.0 Lollipop, and is very close to stock. There are a few Dell apps preloaded, but nothing seemingly excessive and there is no real overlay that affects usability. I wouldn’t put it right on par with how vanilla a Nexus tablet is, but it’s close. I asked a Dell rep about the updating process, and she confirmed that it will “definitely be upgradeable” to Android M, however, it’s unclear how quickly that would happen after Google rolls it out. 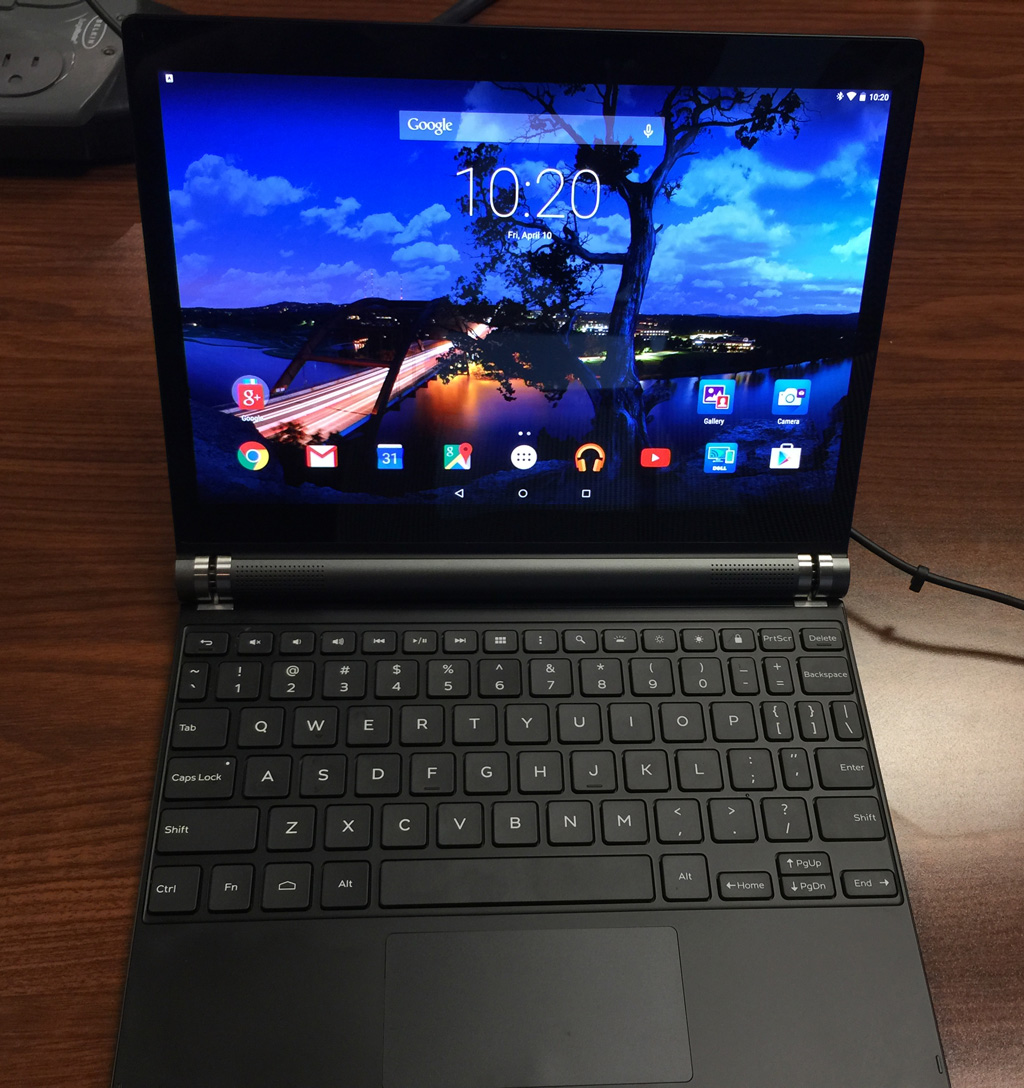 Battery life looks to be an interesting caveat to both the usability and longevity of the device. When Dell first unveiled the Venue 10 7000, the company claimed up to 15 hours of battery life on one charge, even when the separate keyboard accessory was attached. The company recently slashed that projection by over half to seven hours. Given such a wide discrepancy, I asked for a ballpark figure of what users could expect on one charge, but couldn’t get an official number in response. If the seven hours is indeed the ceiling, then this tablet dies faster per charge than the Venue 8 does. 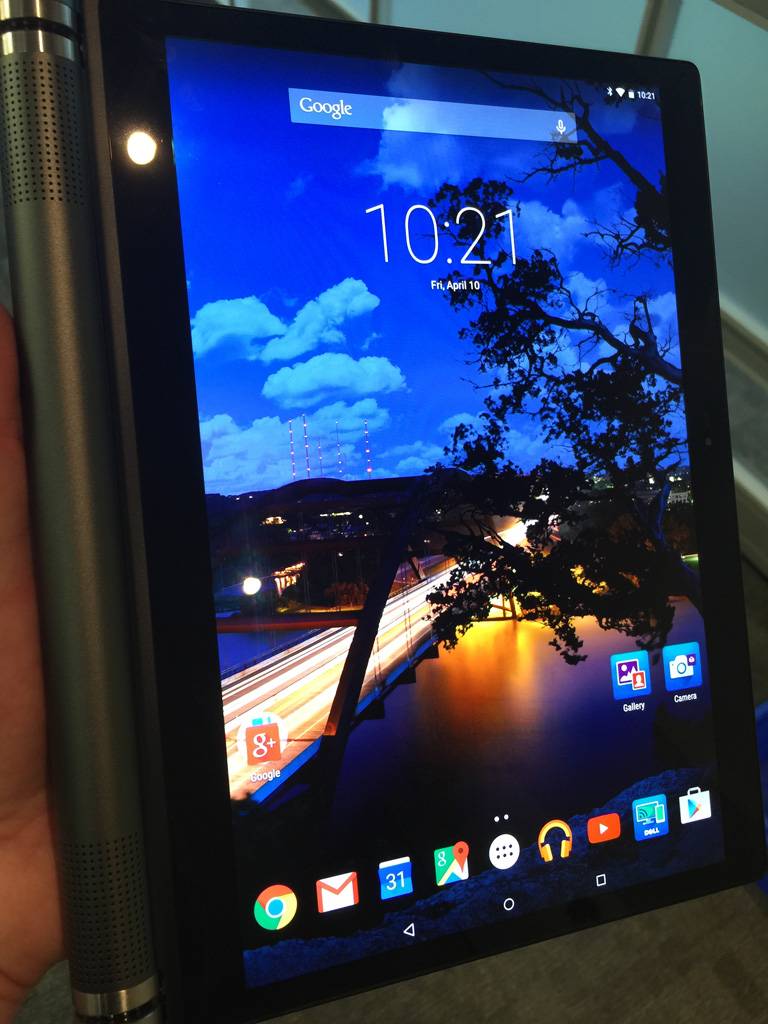 The detachable backlit keyboard doesn’t come with the unit, but can be purchased in a bundle with the tablet now that it has hit the market. This keyboard is a nice complement to the Venue 10 7000, attaching through magnetic grooves within the cylinder. Sturdy, with solid keys, great backlighting and a responsive trackpad, I came away with a good first impression. It doesn’t come off very easily though, which is good for avoiding accidental detachments, but not always convenient when you want to pry the tablet loose on a whim. The cylindrical design does mean the keyboard can help prop it up the tablet like a tent or upright like a book, again emulating the look and feel of Lenovo’s Yoga line.

The Dell Venue 10 7000 will go on sale starting in May on Dell.ca for $599, with various bundling options increasing the price beyond that. A separate Venue 10 5000 will also be available for $349, though I didn’t actually see the device, so am not sure how much it differs from the 7000.