While rumours continue to swirl that HTC will soon begin releasing devices under Google’s Nexus branding, new speculation indicates an upgraded 2016 version of the Nexus 6P is also in the works.

A recent listing on Geekbench indicates a new Nexus 6P could be on the way that features a Snapdragon 820 processor and 4GB of RAM, an upgrade over the 2015 Nexus 6P’s 3GB of RAM and Snapdragon 810 processor. 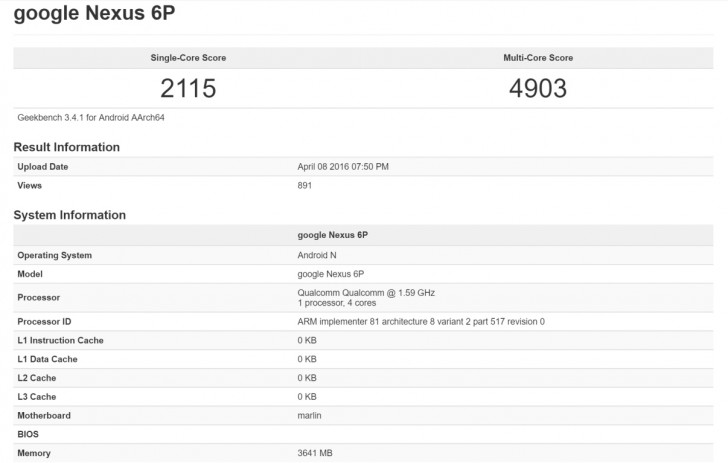 It’s unclear if this is just a mistake, someone messing with Geekbench’s database, or an actual prototype that’s legitimately been benchmarked. At I/O 2016, Google didn’t discuss the possibility of an upgraded 6P.

HTC’s upcoming two Nexus devices are reportedly code-named Marlin and Starfish, but very little is known about the devices so far.