Reality Bytes is a new column at MobileSyrup that takes a look at virtual reality at use in the real world. We’ll be looking at high-end devices like the HTC Vive and Oculus Rift, as well as lower-end smartphone VR like Google’s upcoming Daydream platform.

Now that high-end virtual reality headsets are finally on the market after years of multiple developer builds and anticipation, we’re able to test them in the real world, not under the ideal conditions orchestrated by PR reps at demos and events.

Earlier this week I was lucky enough to get my hands on the HTC Vive, arguably the most exciting high-end VR headset due to its room scale functionality, allowing the wearer to actually walk around while performing in-game actions. Room-scale is a difficult concept to describe at first, but once you experience what it adds to the medium, it’s near impossible to go back to standard headtracking virtual reality. 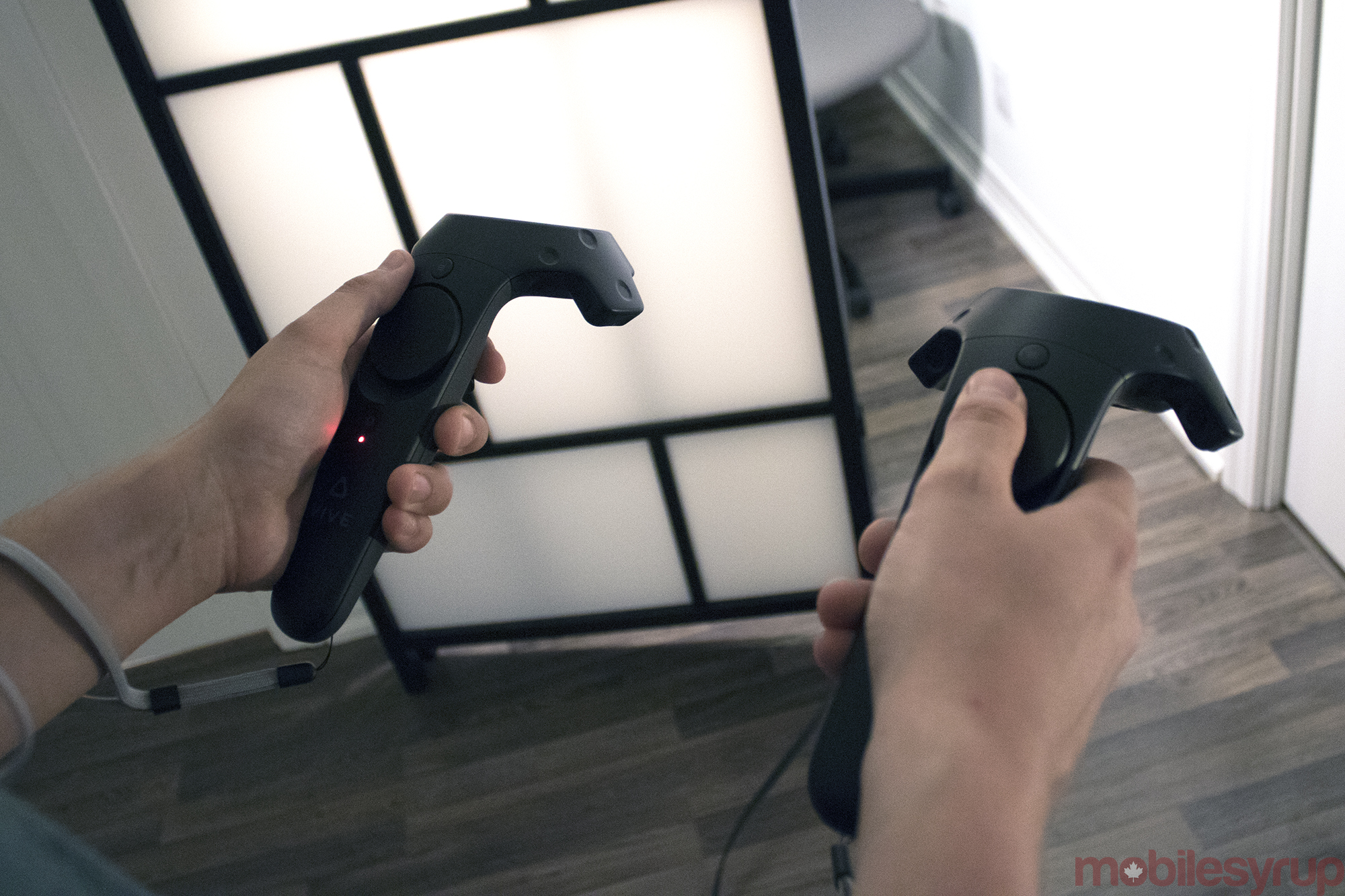 This is the kind of tech 12-year-old Patrick dreamed about years ago, but now actually exists, a fact my brain found difficult to comprehend the first time I used a Vive a little over a year ago. The main question surrounding the headset, however, is if it actually lives up to the lofty expectations press and virtual reality enthusiasts have built up.

This is a difficult question, because in some ways, HTC and Valve’s first virtual reality effort certainly does, but in others it still has a long way to go. 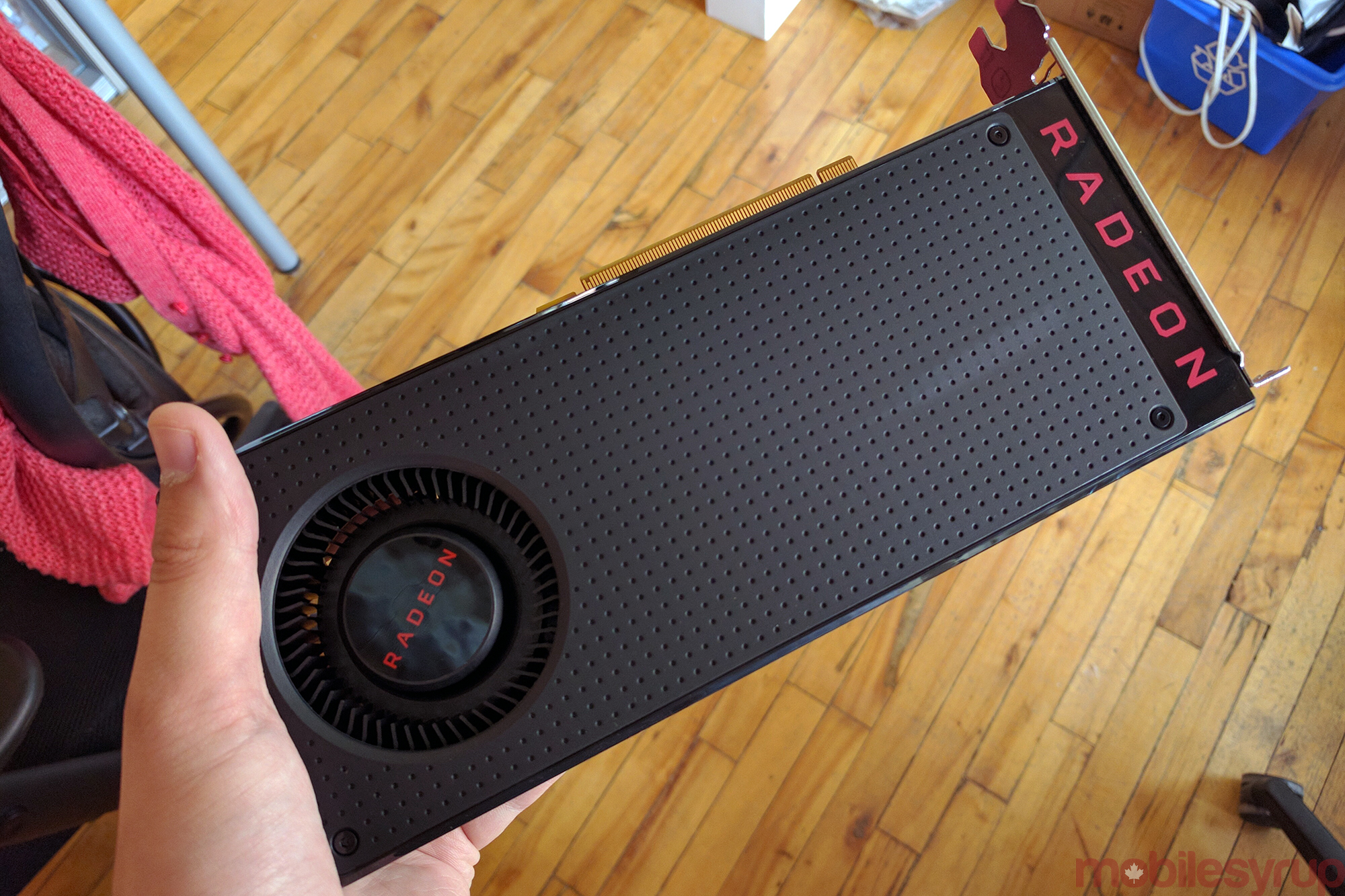 Thanks to the impressive yet affordable power of AMD’s new RX 480 and its low $359 CAD price tag (it’s sold at just $239 USD in the U.S.), high-end VR is now significantly more affordable than ever before. In comparison, the GTX 1080, Nvidia’s latest VR ready card, is over over $900 dollars in Canada. Granted, the RX 480 isn’t benchmarking as well as the 1080, but it’s also considerably more affordable, so with price taken into consideration, AMD’s RX 480 is a steal.

The launch of the RX 480 has spurred my interest in high-end VR so much so that I’ve actually begun building a more capable VR-ready PC. Though it’s important to note that even with my underpowered AMD A10-6790 APU, coupled with AMD’s new Polaris graphics architecture, I’m able to run Vive games with few difficulties (I do occasionally run into slowdown issues, but this rarely happens). 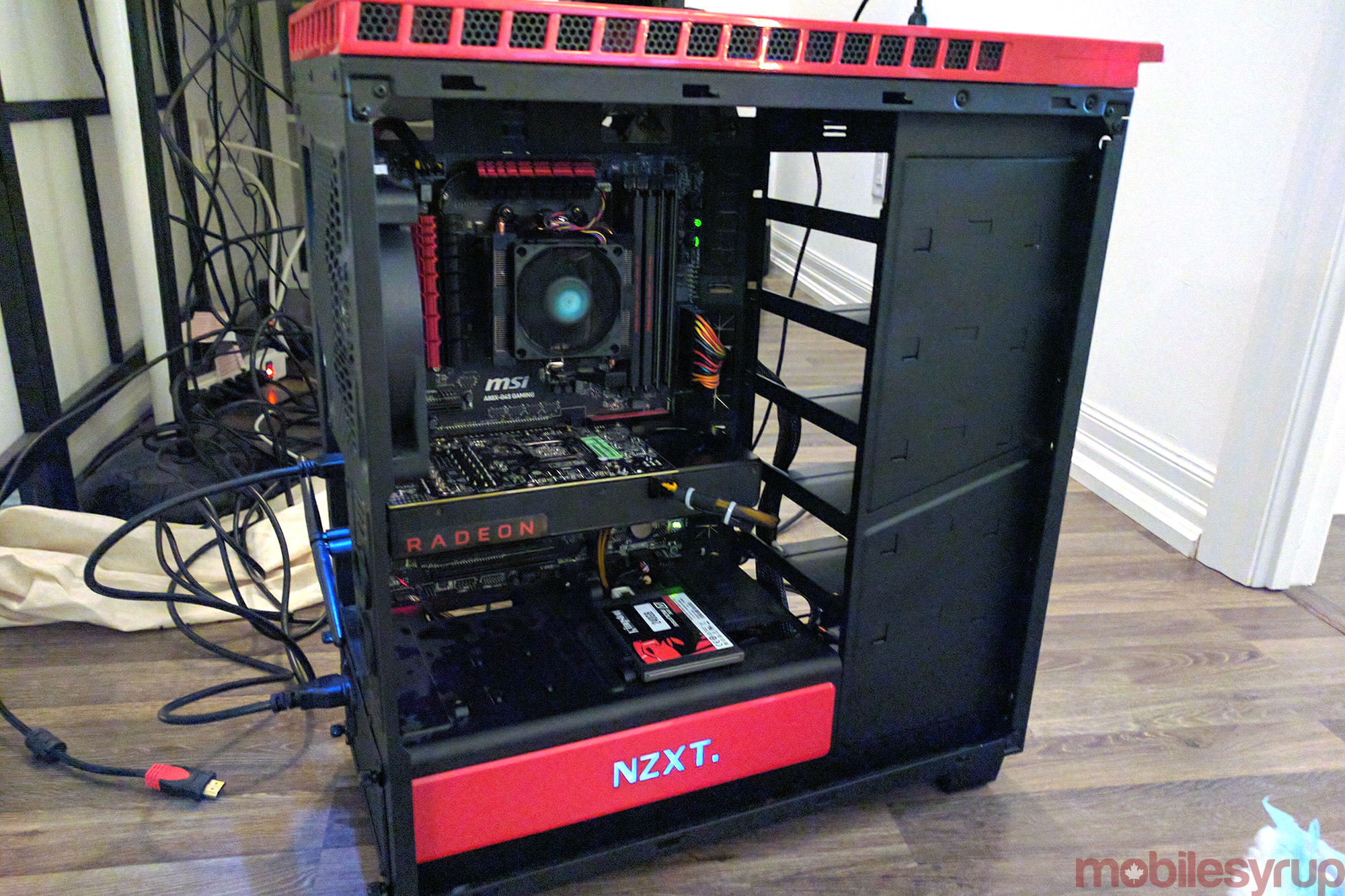 Sure, purchasing all of the other components required to build or purchase a pre made high-end PC, as well as a pricey headset, are still necessary to get into high-end VR, but the RX 480 is poised to push down the cost of pre-made VR-ready PCs, as well as custom rigs, considerably.

One thing worth mentioning is the fact that the RX 480 only includes one HDMI port and three Display Ports. This means that in order to connect to the Vive, as well your computers display, all through the included pass-through device, you’ll need a display port to HDMI adapter (unless your monitor features a display port). This is a cord HTC should be including with the HTC Vive since this is a problem many people are going to run into, but unfortunately that isn’t the case.

Welcome to the complicated future of room-scale 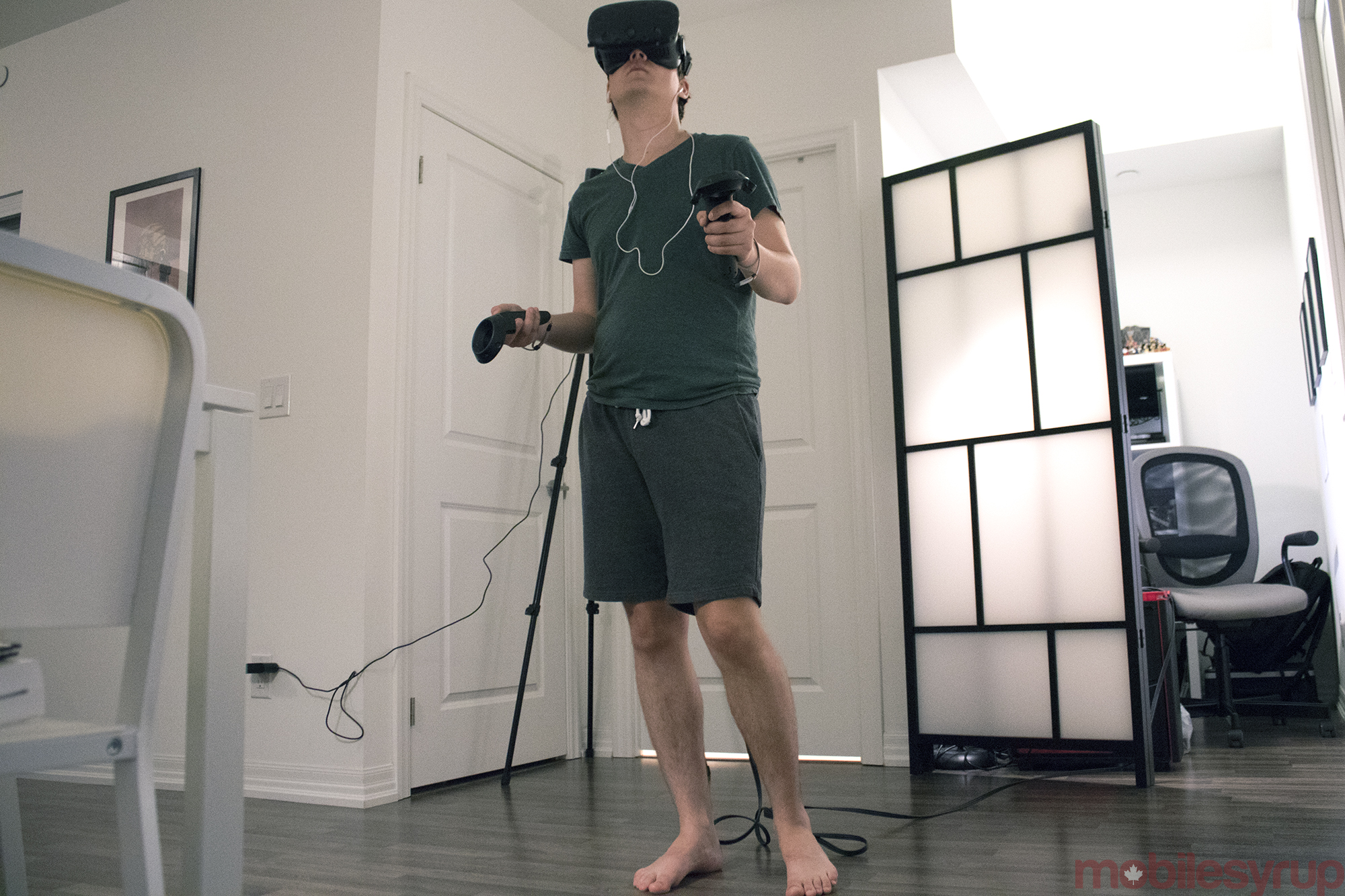 The Vive is difficult to set-up, but the process could be much worse. HTC and Valve have released a simple software guide that if followed correctly and carefully, explains exactly how the Vive operates, what you need to do to get it up and running, as well as things you should never do with its expensive VR hardware.

For example, never move the Vive’s base stations while they’re plugged in as this can damage the headset’s internal tracking motors and also creates a jarring experience for the Vive user, causing the entire world to bend and weave (this is terrifying when you have the headset on). 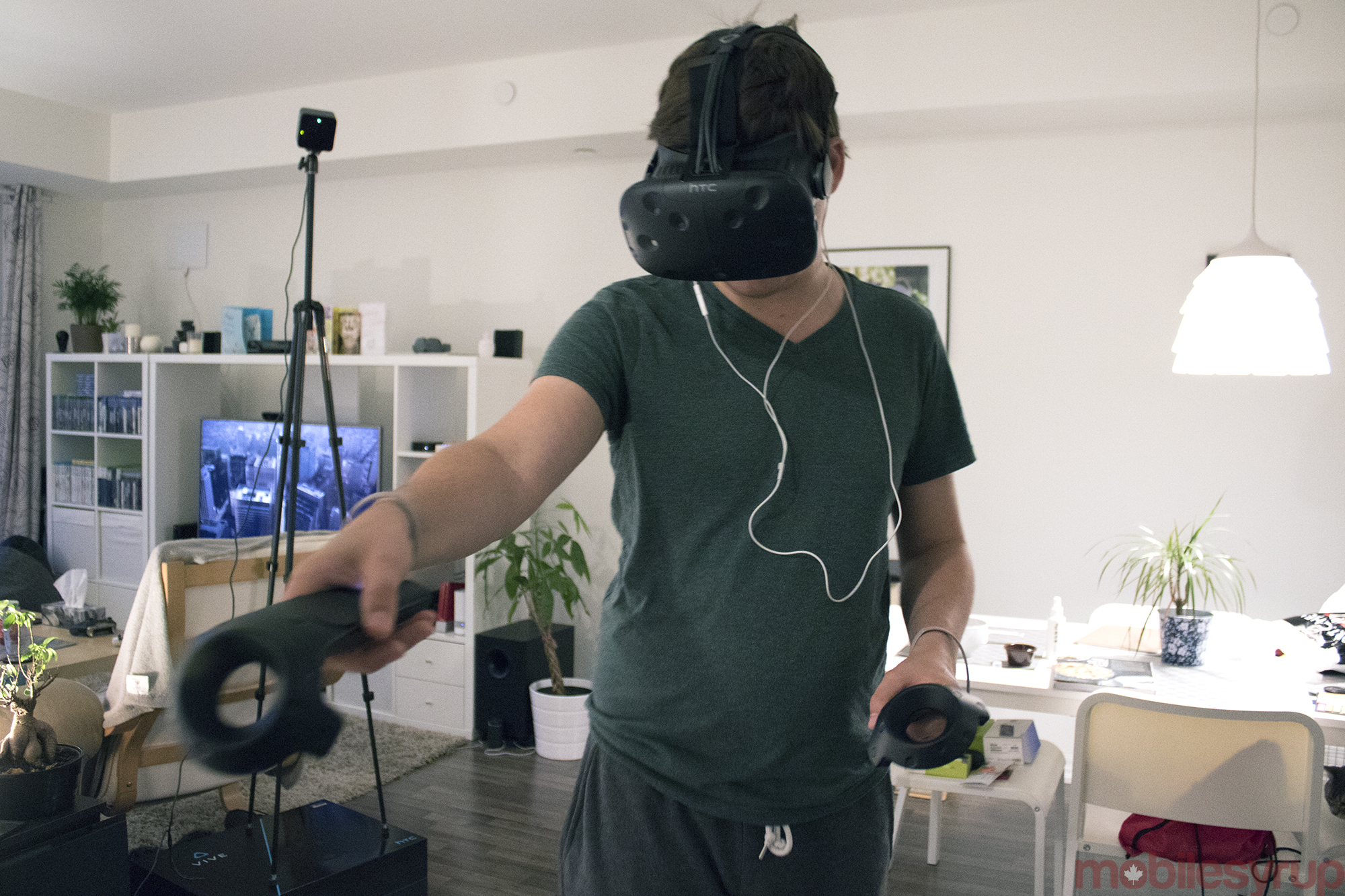 The process for setting up a room-scale play area is also surprisingly simple, and can be accomplished in just a few minutes.

Make sure, however, that you update the firmware of both your headset and the Vive’s two motion controllers. This solved a number of room-scale calibration issues I ran into related to controller tracking. 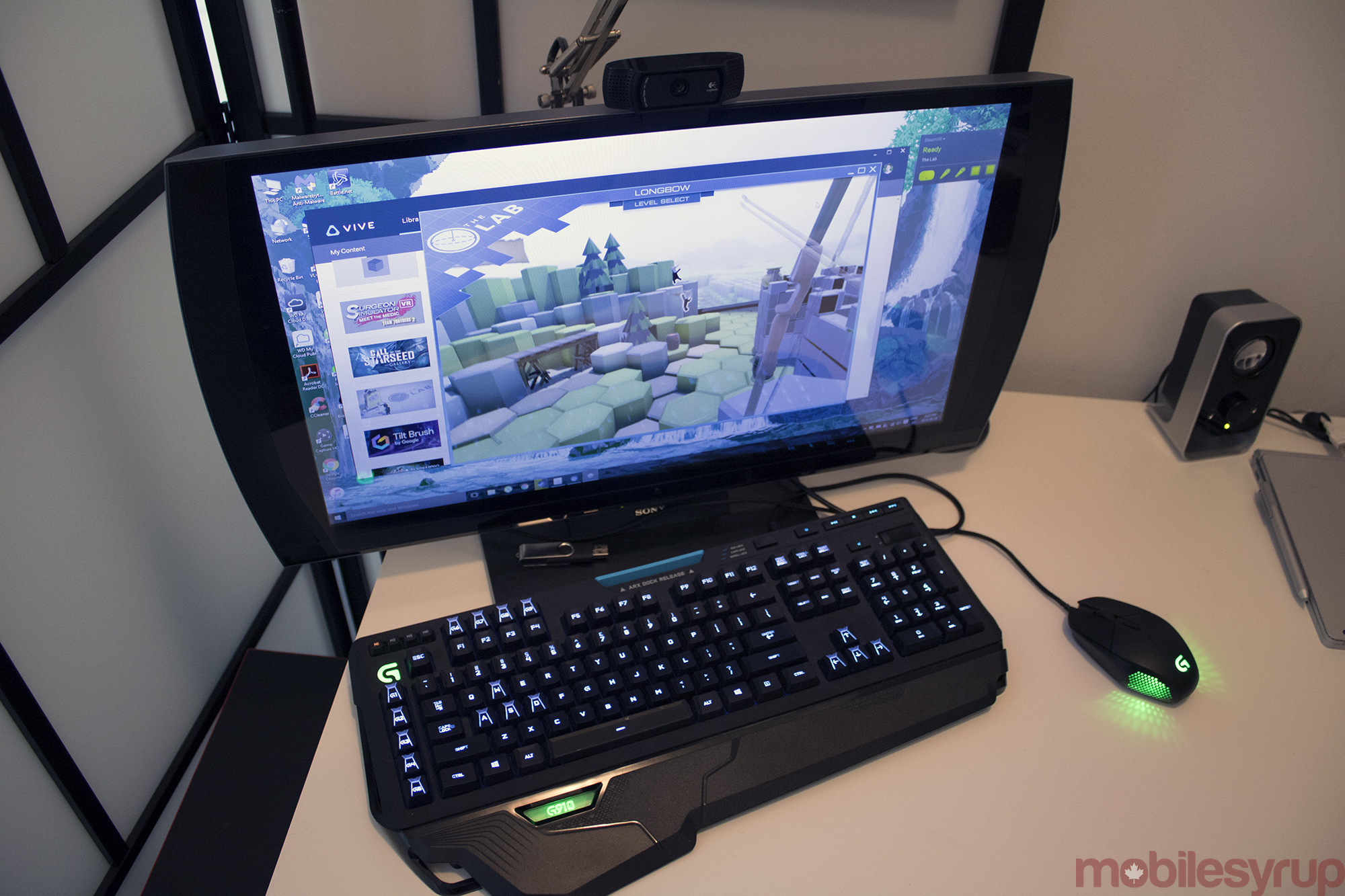 Finding a suitable way to mount the Vive’s two laser tracking Base Stations, the device’s that make room-scale possible, will also be difficult for most people. Mounting them on a wall is a tough process forcing many to purchase cheap speaker stands.

While this isn’t exactly hard to do and only requires a quick trip to Amazon, the stands should have been included in the Vive’s pricey kit. Luckily, however, I have two tripods at home, one that specialized in video and is slightly taller, and a shorter portable one strictly for photography that isn’t quite tall enough. This particular tripod needed to be placed on top of the Vive’s box in order for it to be tall enough, leading to precarious balance issues. 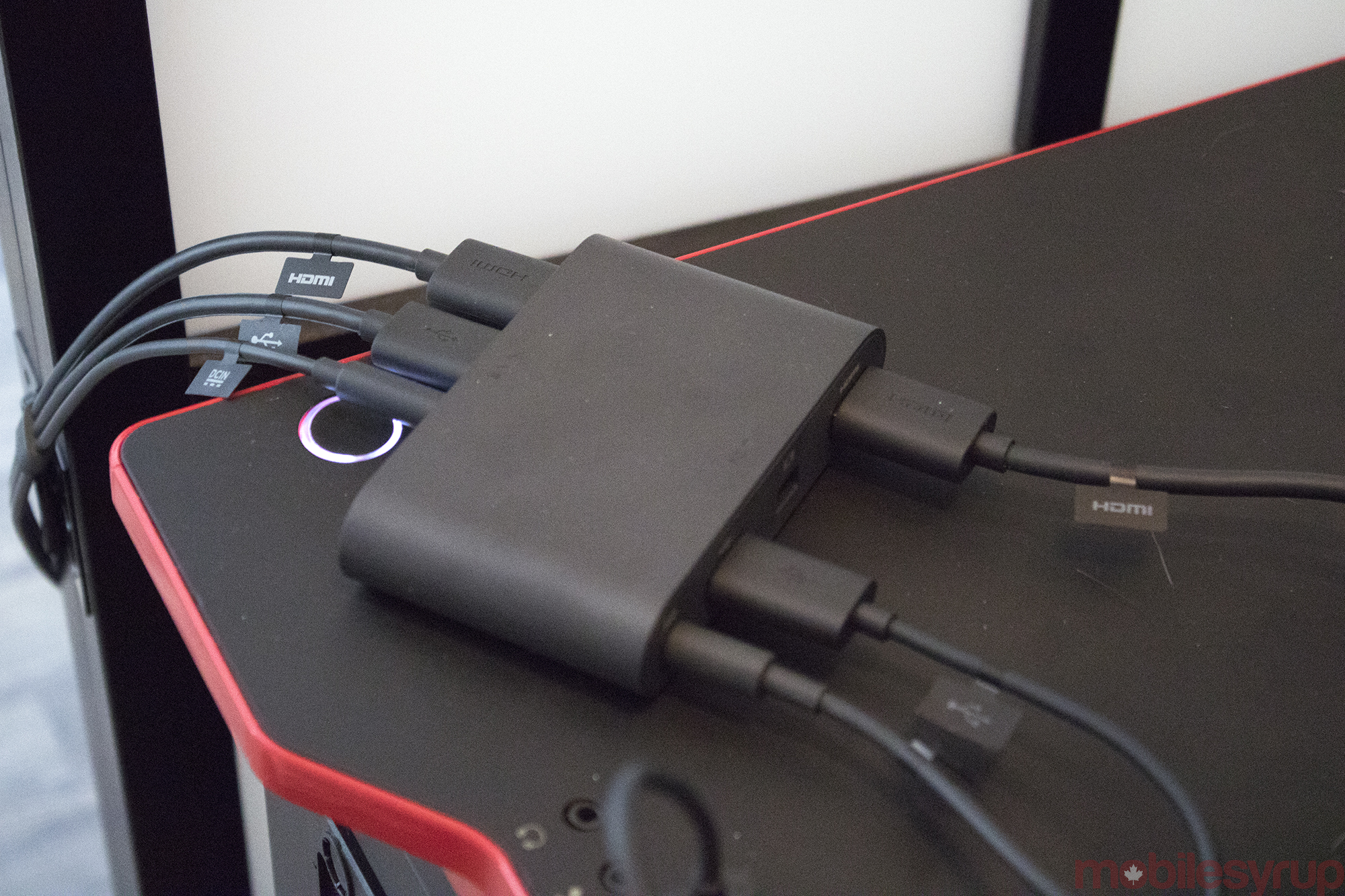 I live in a small apartment but luckily have the minimal 1.8m by 1.5m of space available for a room-scale setup (the max is 4.6m by 4.6m). What I quickly realized is the more space you have available the better as it makes the experience more immersive and entertaining, though if that isn’t possible, “Blink” technology, the ability to use the Vive’s touch controllers to move your character around with trigger presses and panel swipes, solves this problem.

Still, when playing games like Fantastic Contraption and Vanishing Realms, two of the best examples of developers taking advantage of the Vive’s unique room-scale technology, I can’t help but wish I had more space available in my tiny apartment. 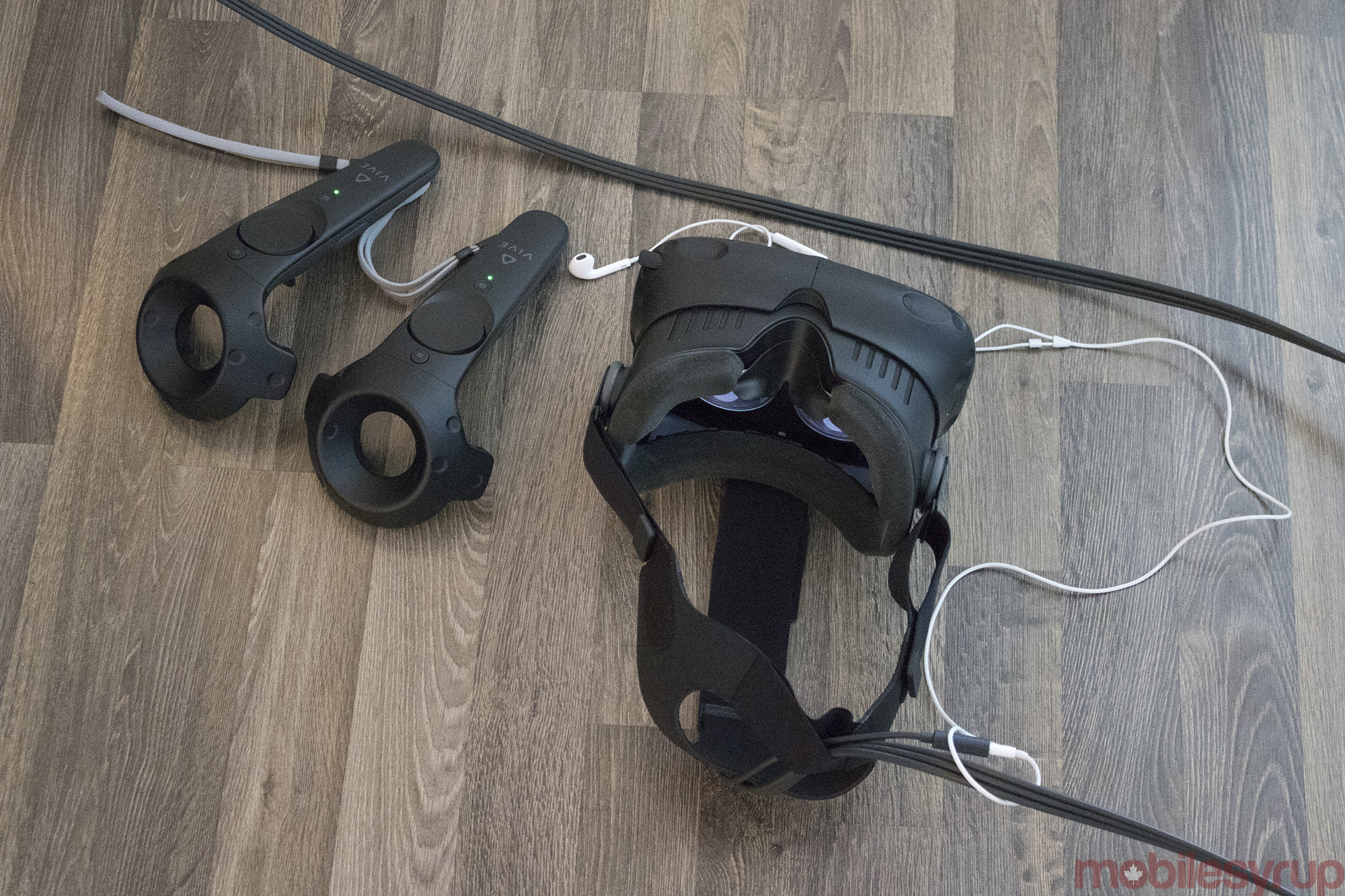 So given the small size of my play space, accidentally hitting walls with the Vive’s remotes or running into other objects is a serious issue for me, especially when someone isn’t around to say, “hey, you should probably step away from that Base Station before you knock it over.”

Thankfully the Vive now features a camera-pass through mode that works in conjunction with its grid Chaperone system, allowing the wearer to see the world around them, giving a better impression of the real world environment around you. While this ruins the immersion factor to some extent, it also means it’s less likely you’ll accidentally kick your cat.

Is it worth it?

This is a question I’m still trying to answer and that I’m not ready to pass verdict on given the minimal amount of time I’ve spend with the Vive so far. It’s great to finally be able to push the tech to its limits in a real world situation, away from the watchful eyes of HTC reps, but many of the Vive’s first titles are lacklustre from a gaming perspective.

For a device like the Vive to truly succeed, the titles designed for it need to move beyond the tech demo stage and towards creating experiences worth shelling out the $1250 Canadian for. Still, the first time you put on a Vive and test out Google’s Tilt Brush (which is absolutely incredible by the way), Vanishing Realms or Valve’s The Lab (a compilation of tech demos), it’s easy to tell there’s something revolutionary buried inside the Vive’s room-scale technology.

Next week I’m planning on taking an in-depth look at the Vive’s current software line up, with the goal of citing the games that take the best advantage of the device’s unique tech, as well as some of the unforeseen issues challenging VR right now that are rarely discussed (like sweating and making the Rift and Vive’s liner incredibly uncomfortable).