If someone ever says “mobile games all suck” just point them to Square Enix Montreal’s ‘Go” franchise, a perfect example of a developer taking a platform seriously by releasing a game built from the ground up with touchscreen devices in mind.

Similar to Hitman Go and Lara Croft Go, Deus Ex Go is another adaption of the core Deus Ex series’ mechanics, simplified for mobile. This means that yet again, Deus Ex Go adopts turn-based board game like mechanic, tasking players with sneaking past augmented soldiers with various abilities, including turning invisible.

So does Deus Ex go shake up the established turn-based formula the developer created with Hitman Go? Not really. It does, however, add enough to keep things interesting and also adopts the same signature graphics style.

This time around, puzzles are more complicated — the game’s initial few levels stumped me immediately — and in general, the game’s turn-based mechanics are deeper. Difficultly level also ramps up quickly, so if you find Deus Ex Go’s early levels challenging, later stages are downright mind-bending. 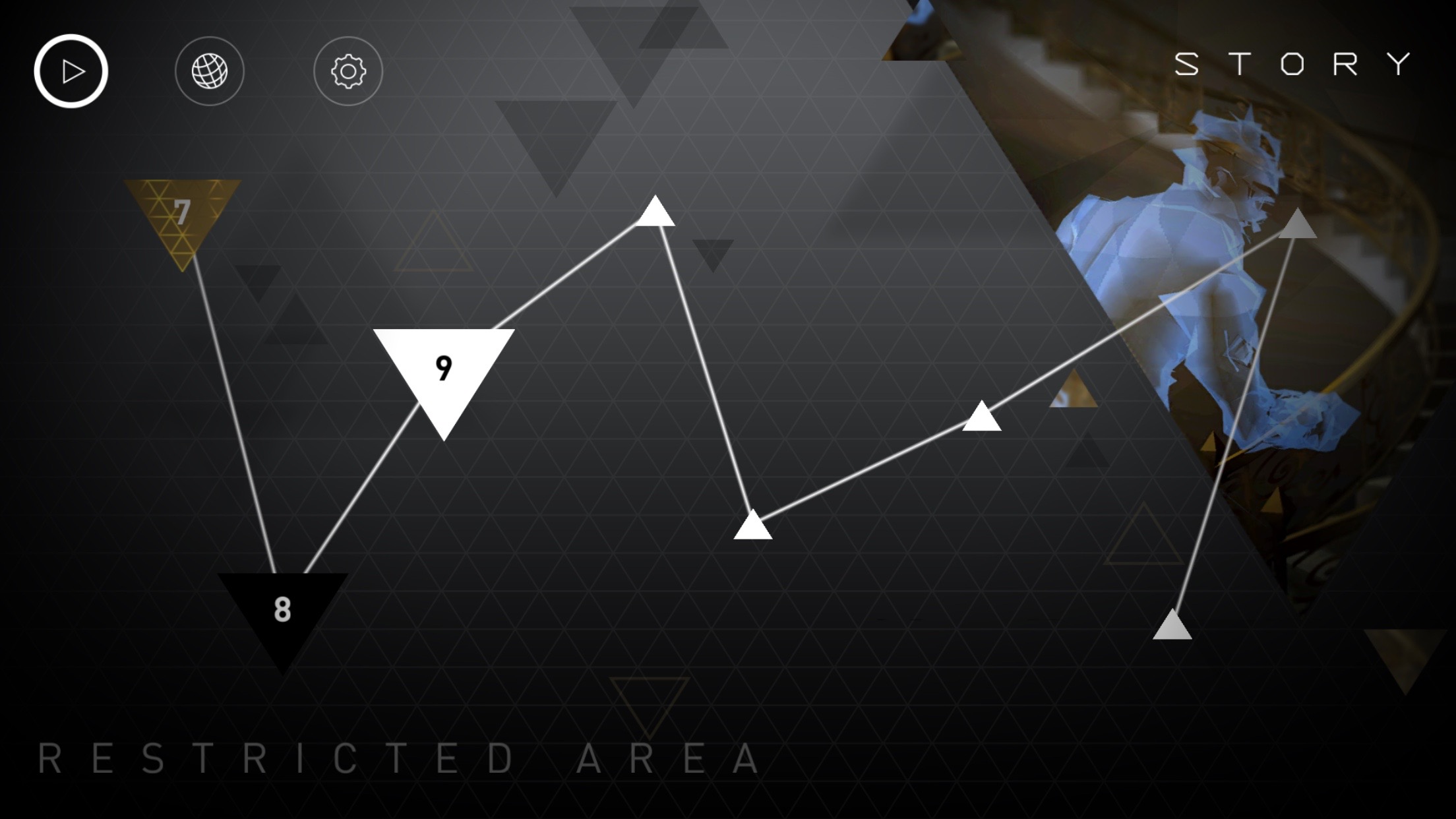 Enemies are also a less predictable and often don’t follow preset patterns. This means that even when you think you’ve figured out a foe’s route, it can often change at the last second. This is part of why Deus Ex Go feels more difficult than past entries in the series.

The game also features a Live Challenge mode that offers up a new series of puzzles every week day. This extends the game’s value considerably given many of its approximately 50 levels are relatively short. There’s also a connection to the upcoming console entry in the Deus Ex series, Mankind Divided, which releases on August 23rd, 2016. Completing live challenges awards players with Praxis Kits that in turn unlock upgrades in the console/PC title. 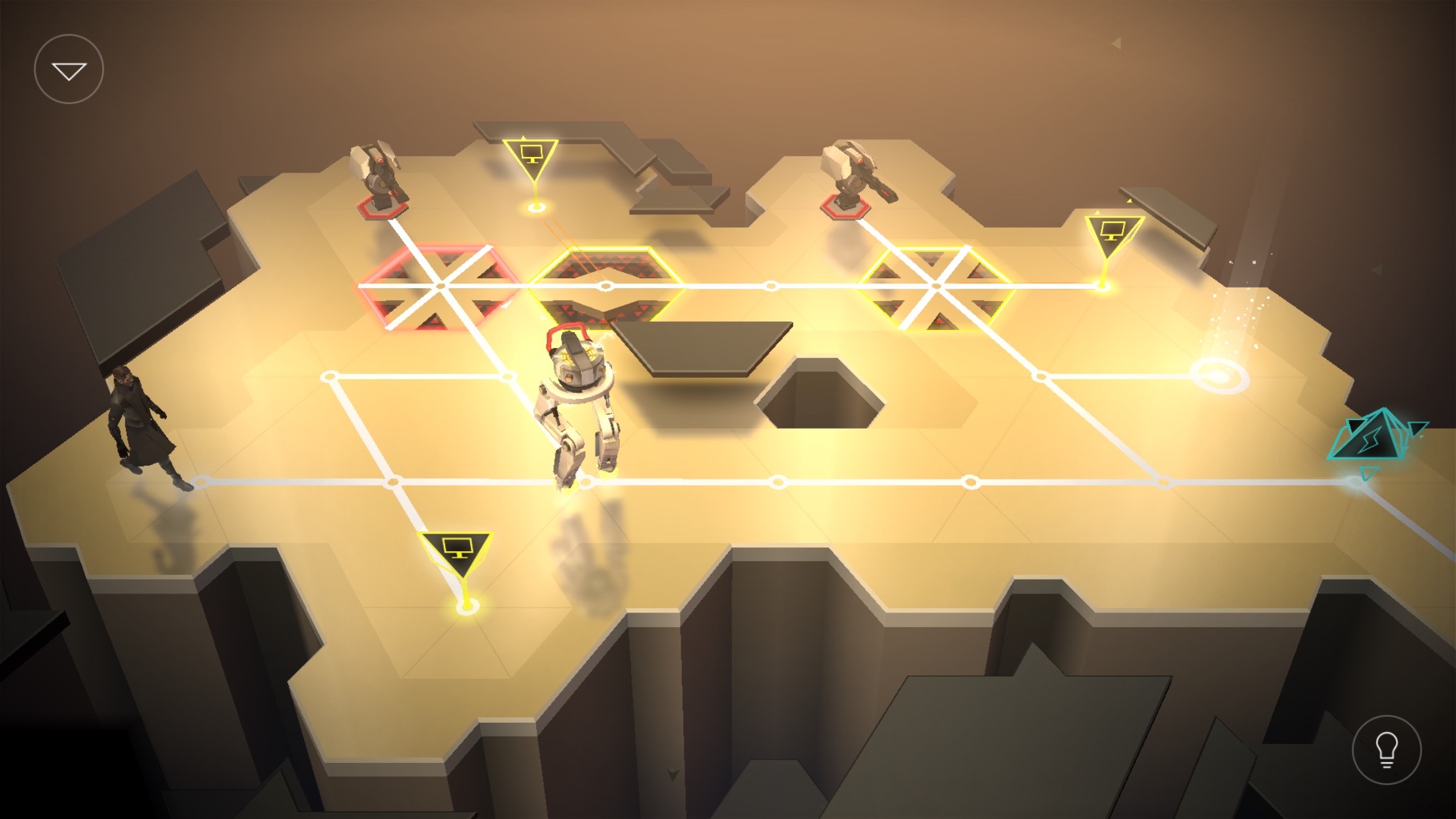 Just like its predecessors, Deus Ex Go borrows key elements from its parent game and distills them into a great mobile experience. Hacking and cloaking, constant mainstays of the franchise, are huge parts of Deus Ex Go.

If you’ve been waiting for a mobile title worth playing, Deus Ex Go is your game. We’ll have more on Deus Ex Go in the coming weeks.