Learn ciphers, hashes and codes with Cryptography [App of the Week]

Remember creating super secret codes with your best friends as a kid? Well, if you’re looking for a return to that nostalgia, the Cryptography app has it in spades, along with high-level hashes, ciphers and educational descriptions that’ll teach you the history and theory behind encryptions.

The free app contains 35 ciphers, including the infamous WWII Enigma cipher cracked by Alan Turing and ciphers from the ancient Greeks and Romans. It also has six hashes, or cryptographic hash functions, which operate by taking a message and returning a fixed-size string of letters and numbers that is nearly impossible for a hacker to figure out unless they try all possible messages (otherwise known as brute forcing a solution). Lastly, the app provides eight codes, a catch-all term that includes Morse, Braille, Semaphore, the Tap Code and Base 64 Encoder. 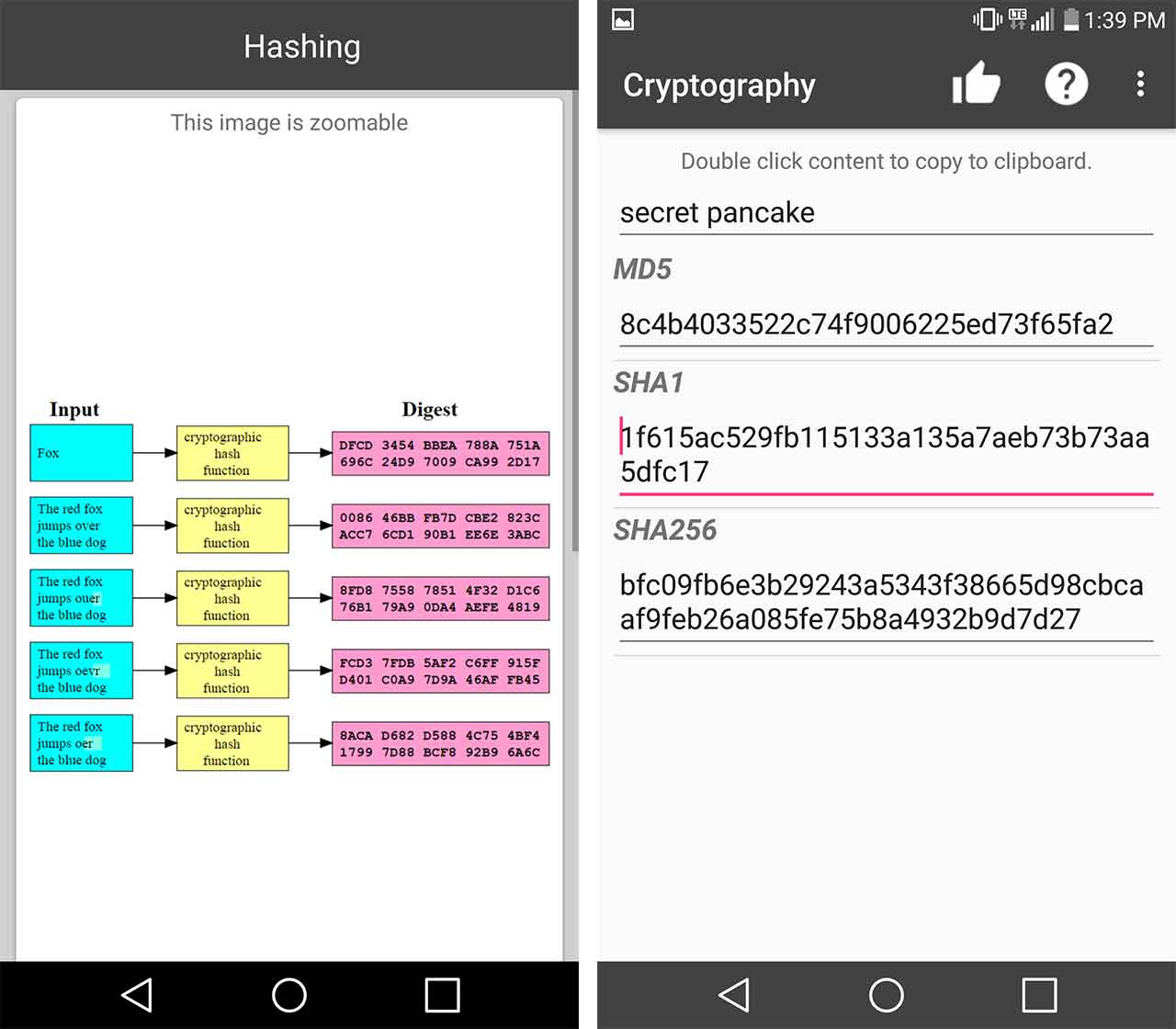 With each cipher, code or hash, a user can long press to get background on how it works and where it came from, or click to get their message encoded. The app also includes tools for things such as hash cracking, password strength testing and frequency analysis, and a messaging feature using cryptographic keys.

The only downside to this extremely useful app (which has been translated into both French and Russian) is that the ads are aggressive, popping up every time a user long presses one of the sections. But, ultimately, it’s a small price to pay in order to gain access to a strong library of ciphers, codes and hashes and accompanying tools. Additionally, users can pay $2.89 to remove the ads for good. 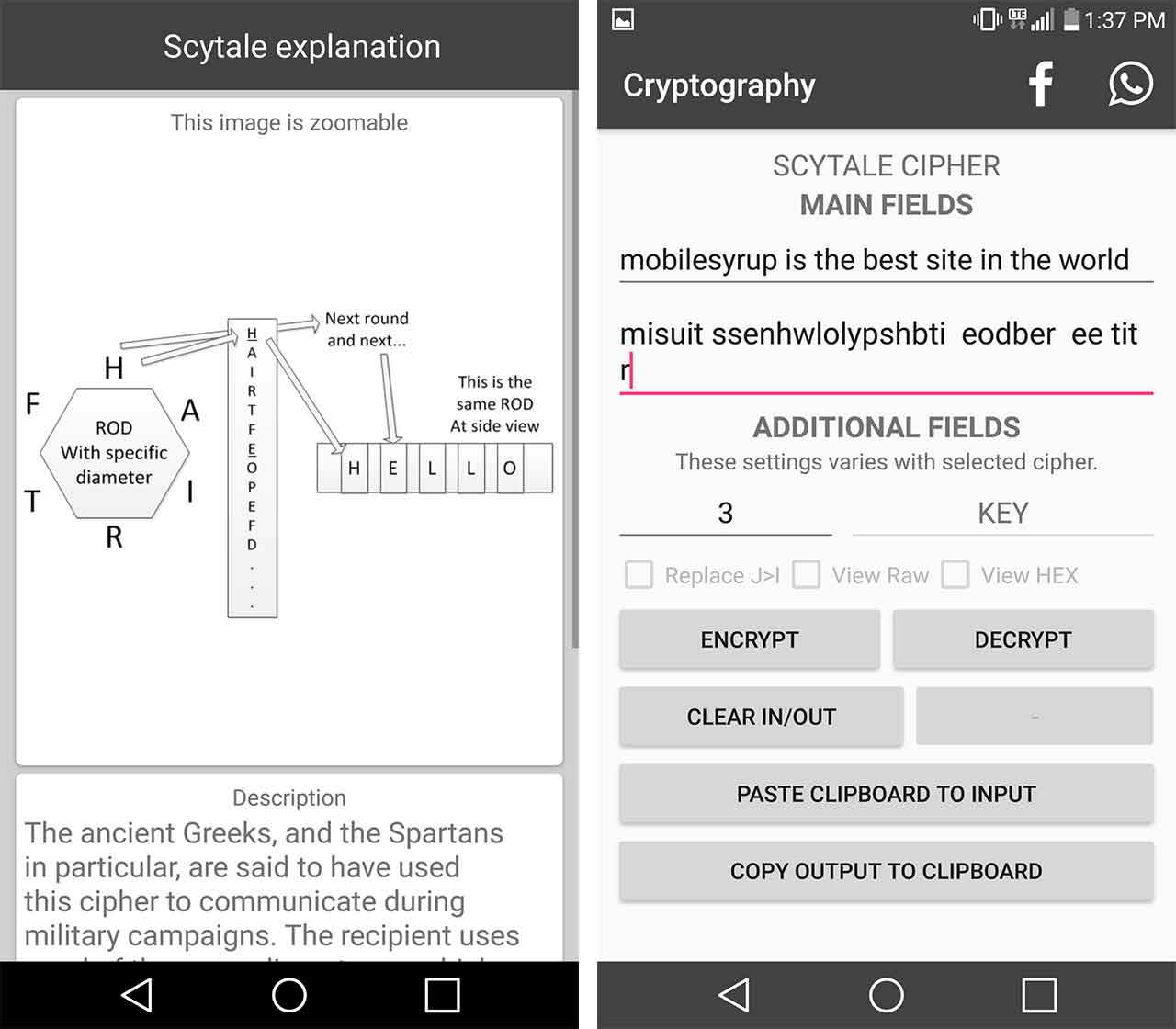 Cryptography is available on the Google Play Store. Similar, but more limited versions of the app can be found for iOS such as CodeBook, which offers 12 methods for encrypting and decrypting messages.