How to use iOS 10’s new Bedtime feature

With iOS 10 came a slew of new — and sometimes tricky — features for iPhone users to enjoy.

Some of those features, however, remain relatively elusive to iPhone owners, among which Bedtime mode is often included. Bedtime is a function in the pre-installed Clock app introduced alongside Apple’s somewhat recent iOS 10 update.

Bedtime is designed to manage the user’s sleeping habits based on some initial information. First and foremost, select the clock app and direct your eyes to the bottom of the screen.

Directly in between World Clock, Alarm, Stopwatch and Timer, you’ll see a bed icon framed with the word “Bedtime” below it. After selecting the icon, a black screen should appear that reads “Introducing Bedtime,” and goes on to briefly explain the benefits of going to bed at the same time each day. 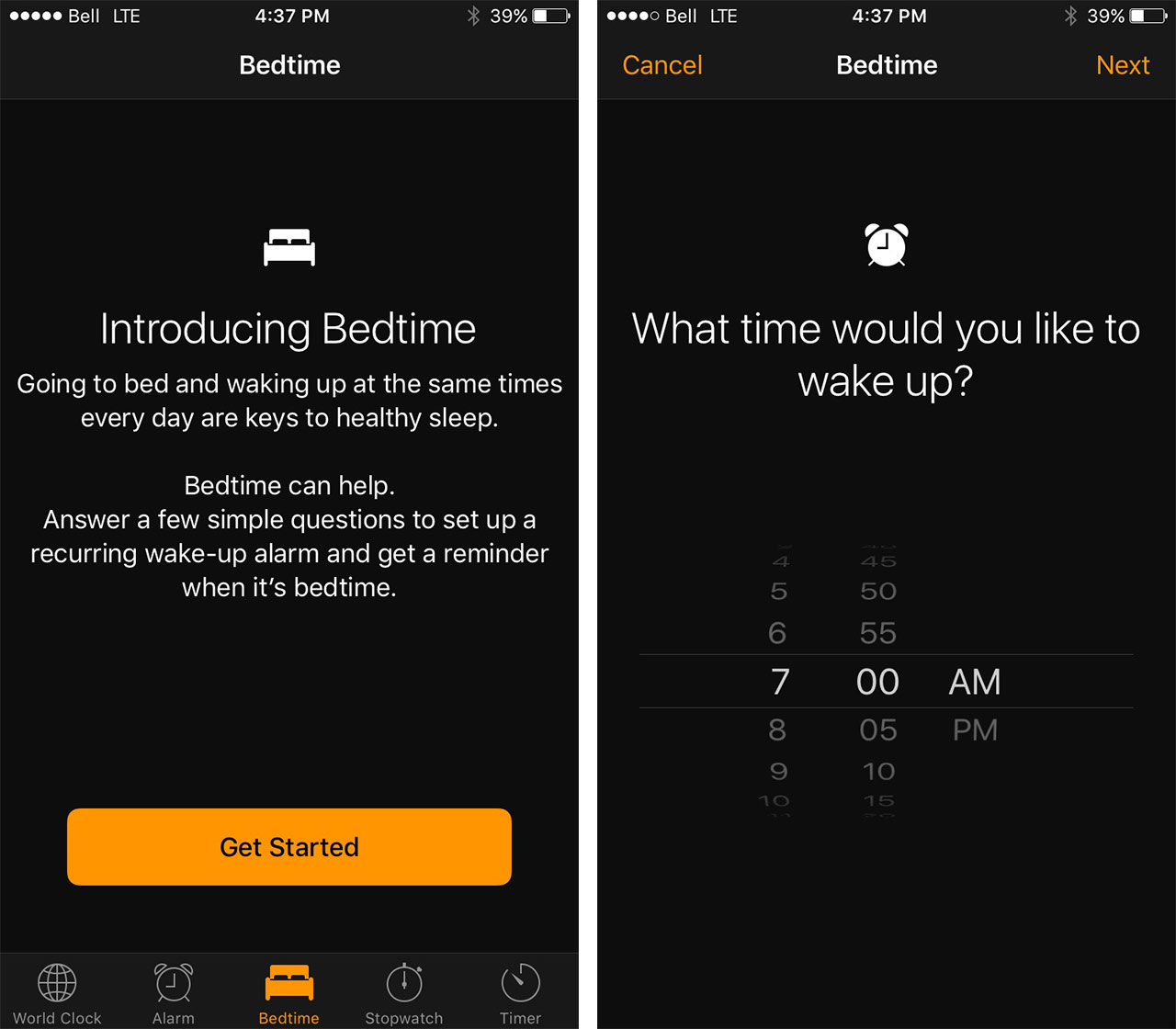 Select the orange ‘Get Started’ icon to move on to the next screen. Next, the app will prompt the user to input what time they would like to wake up. Navigate to the top right hand corner of the screen and select “Next” to move to the following phase.

The user will then be asked what days of the week they’d like the alarm to go off. Because the purpose of Bedtime mode is to encourage you to go to sleep and wake up at the same time every day, the alarm’s default is to go off every day of the week. Select ‘Next’ in the top right corner to move to the next phase.

Users are then asked which days of the week they’d like the alarm to go off. After making their selection and moving on to the next page, they’ll be asked how many hours of sleep they require every night. 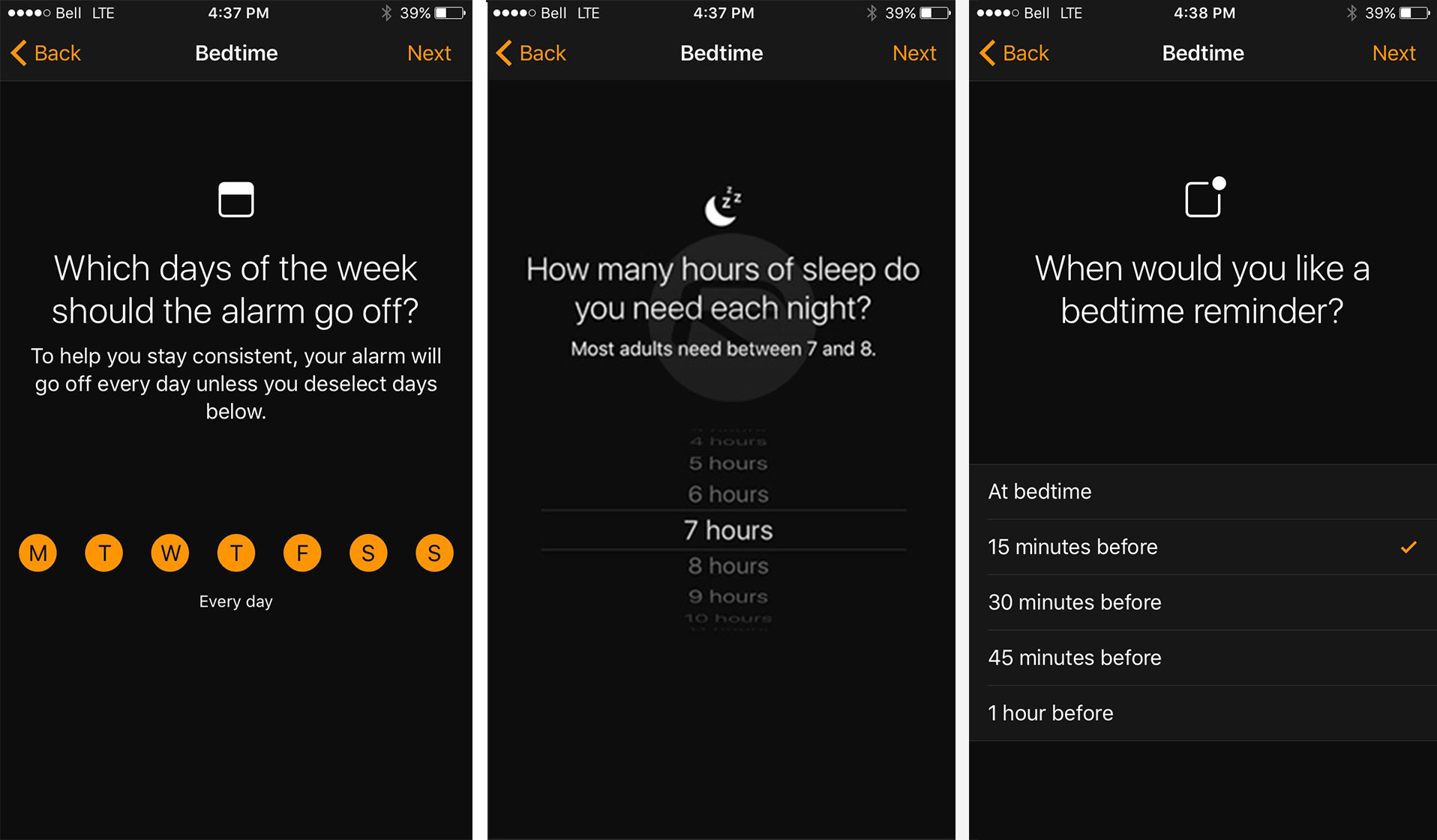 After selecting an amount and moving on to the following prompt, the app will ask the user if they’d like a bedtime reminder.

Lastly, the app will take the user to a screen where a series of bars representing a consistent sleep patterns are shown.

According to the app, keeping the bars aligned with each other equates to having consistent sleep habits. Select ‘Save’ in the top right hand corner of the display to save your selections. 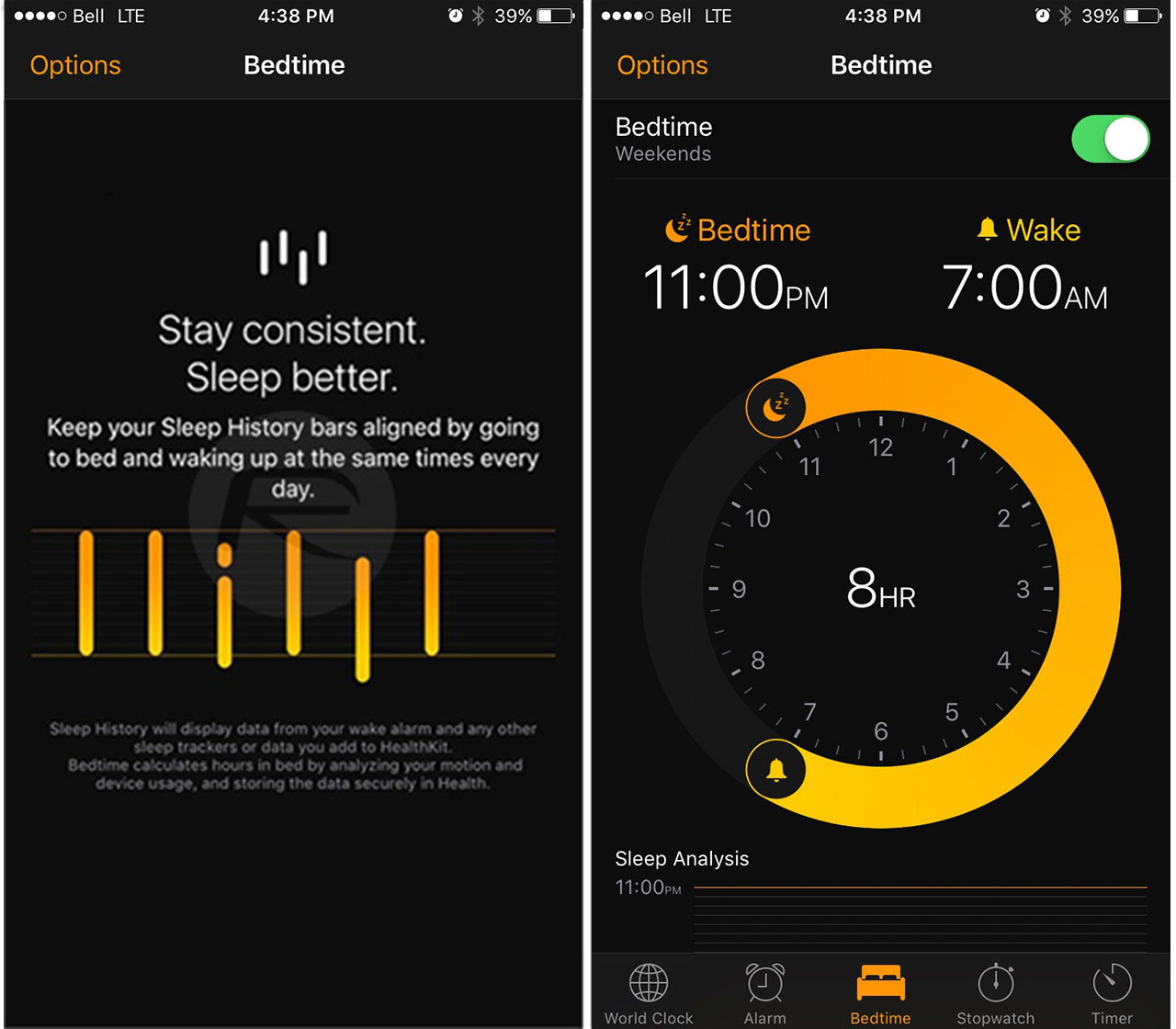 Users should now find themselves on a screen containing a dial and an empty sleep analysis bar running alongside the bottom.

That bar will fill up as you begin to track your sleep habits. If you ever decide to turn the feature off, just navigate back to the bed icon in the clock app and flick the Bedtime toggle from on to off.