Since the inception of the Commissioner for Complaints for Telecommunications (CCTS) in August 2008, the leading complaints from Canadians have been billing and contract issues. This year, so far, is no different.

The CCTS has released its 2017 mid-year report and is showing the total number of complaints across all its focuses — wireless, internet, local phone, TV, and long distance services — sitting at 3,955, with 52 confirmed to breach the Wireless Code of Conduct by service providers.

CCTS is reporting leading causes of frustration when it comes to wireless services in Canada is the carriers not disclosing the truth about contracts, and incorrect charges.

“Understanding what you are getting when you sign up to receive a service or product is fundamental in a consumer transaction,” said CCTS Commissioner Howard Maker. “That can only happen if service providers ensure they present customers with clear information that sets out their rights and responsibilities.” 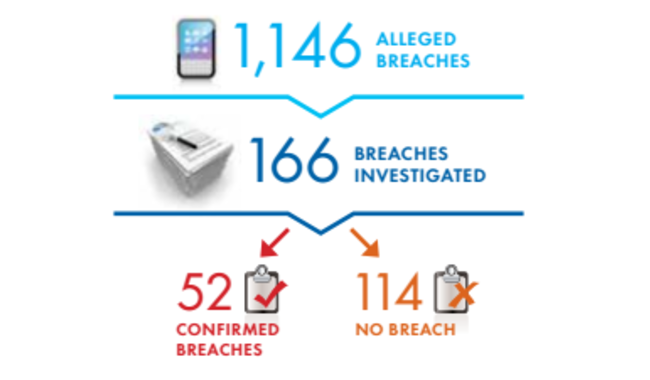 “Non-disclosure of terms/Misleading information about terms” captured the number one wireless complaint by Canadians with 470, representing 12 percent of the total. Incorrect charges followed with 241 complaints, Intermittent/Inadequate quality of service received 233 complaints, and Legitimacy and amount of early cancellation fees and 30-day cancellation policy/Charges billed after cancellation came in fourth and fifth position with 151 and 126 complaints, respectively.

“In complex consumer transactions clarity is critical. We are hopeful that these requirements will help reduce the many miscommunications and misunderstandings that lie behind so many of the complaints that we see,” said Maker.