One of the best and likely little known features included in Galaxy S8 and S8+’s software, is something Samsung borrowed directly from its ill-fated Note 7: the smartphones ‘Smart Select’ feature.

Smart Select is accessed by swiping the S8’s edge, opening the features app tray and then, depending on how you have the edge set up, moving to the third grey dot in the menu entitled ‘Smart Select.’ 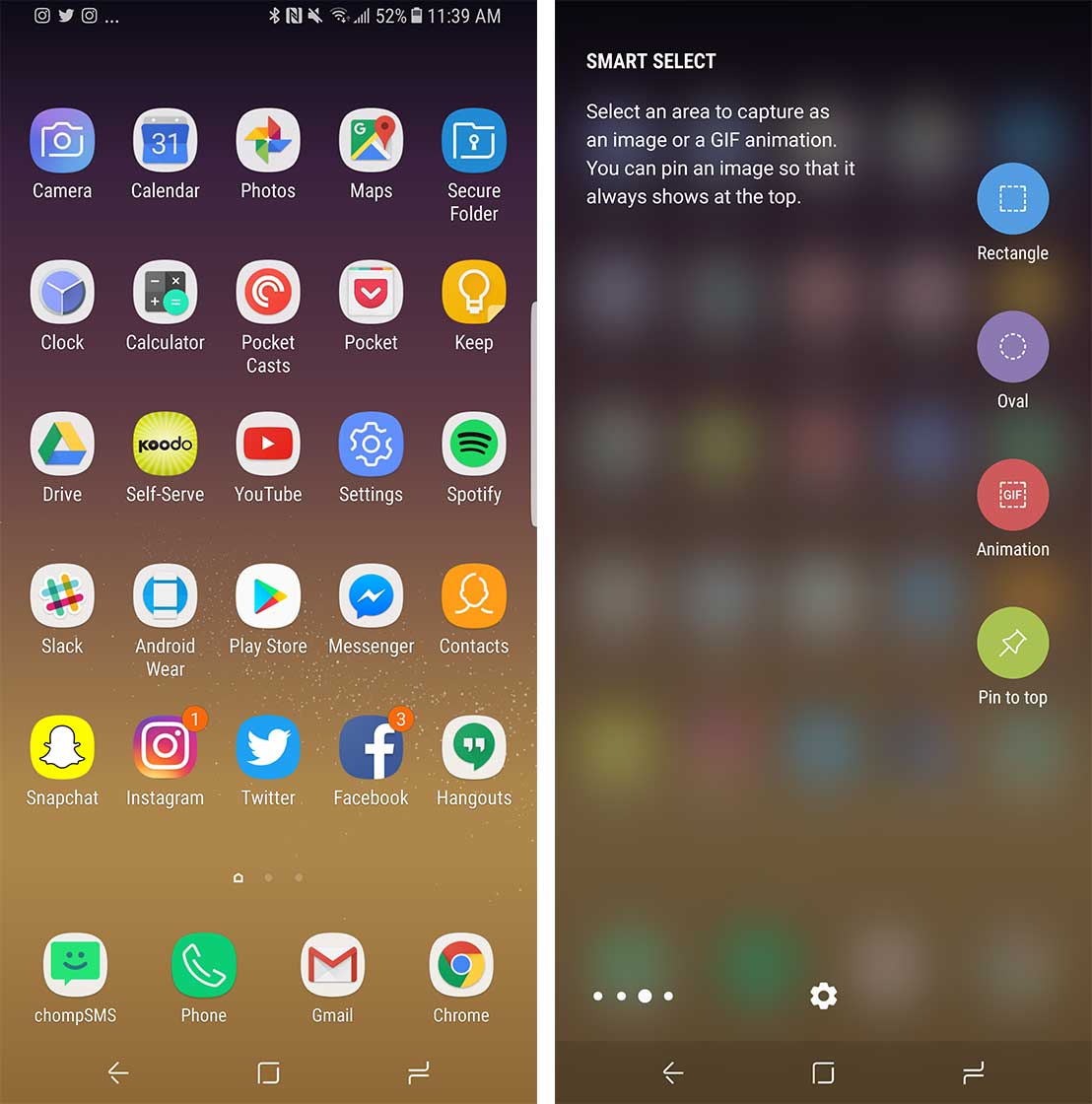 Once you’ve made it to this point, you’ll see a variety of options running along the right-hand side of the S8’s display, including ‘Rectangle,’ which allows you to snap a rectangular screenshot of anything displayed on the S8, ‘Oval,’ which lets you snap a circular screenshot and finally, ‘Animation,’ one of the S8’s best software related features.

This section also features something called ‘Pin to the Top’ that lets you pin screenshots to the top of the S8’s display while still browsing other apps. 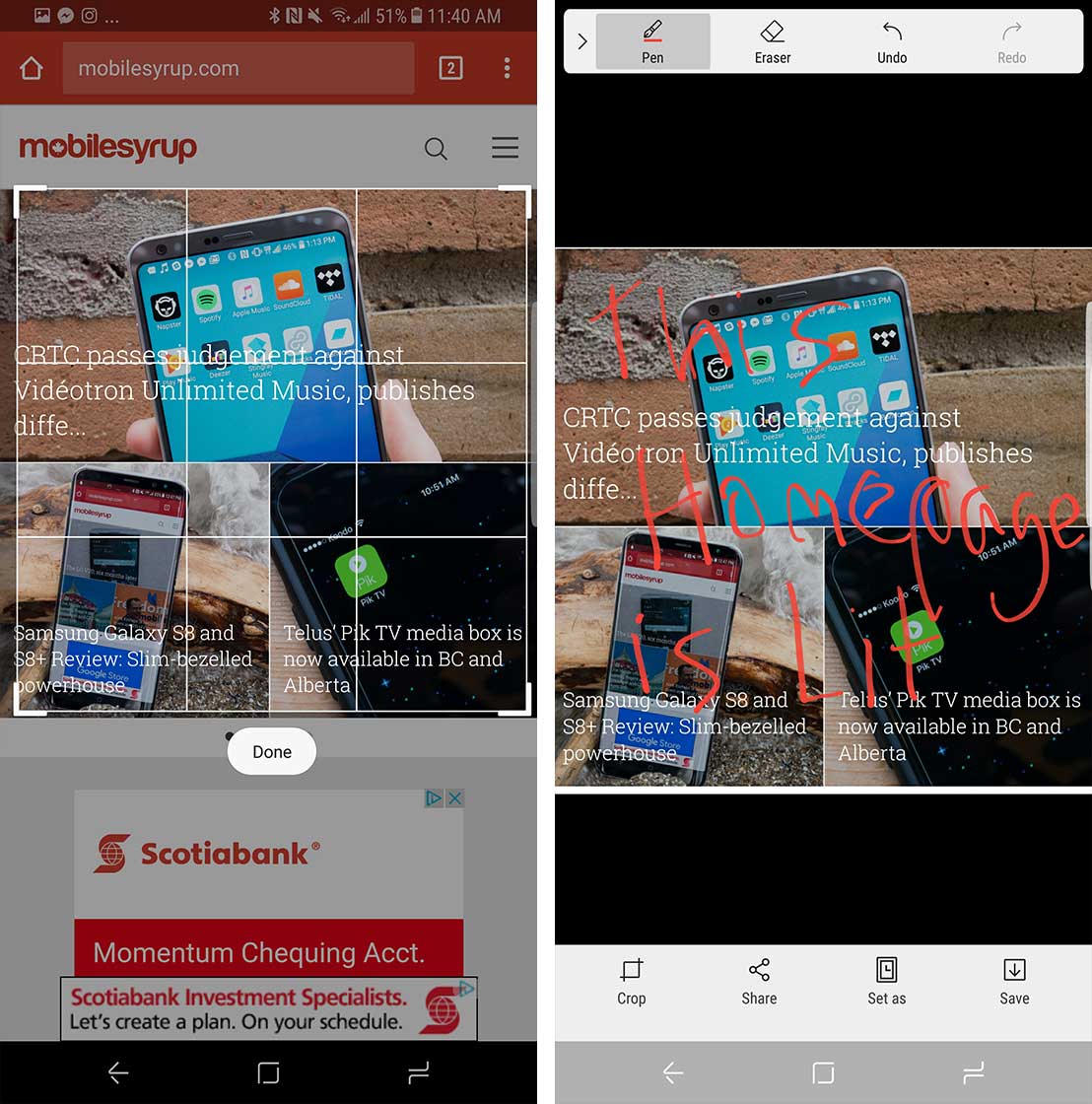 After using one of these tools, you’re then able to mark up the screenshot with simple doodles and notes. While not always useful, if you’re trying to show a friend a specific message in a conversation or highlight an area of a photo, this feature could be very useful.

But on to the best part of the S8’s Smart Select tool; its GIF making tool. The first step is to find what you want to turn into a GIF. Once you’ve located the YouTube video or short clip you want to turn into the internet’s favourite, highly-sharable format, follow the above directions to navigate to the S8’s Smart Select screen and then select ‘Animation.’

Now that you have the animation option open, make a box around the video you want to capture by moving the edges of its corners. Next, select ‘Record’ while the video is playing and the tool will capture the video. A key thing to remember here is that you want the video you’re capturing to be playing before you select ‘Capture,’ otherwise you’ll be creating a GIF of a static screen.

As the video is being recorded, a useful length timer and file size indicator makes it easy to view how large the file is becoming as well as how long the clip is.

You can then find your fancy new GIF in the Google Photos app, allowing you to share it to a variety of different social media platforms.

While it’s been possible to create GIFs from videos on Android for a number of years via third-party apps, Samsung’s Animation feature makes the process significantly easier then it has ever been before.