Final Fantasy is a series that’s always been near and dear to my heart. And given that it’s the 30th anniversary of the long-running JRPG franchise, I thought I’d revisit one of its first mobile game iterations –  Final Fantasy Record Keeper.

The game is free to download and features traditional JRPG turn-based combat. Even a casual Final Fantasy player can appreciate the attention to detail here in terms of character classes, locations, items, spells and more. 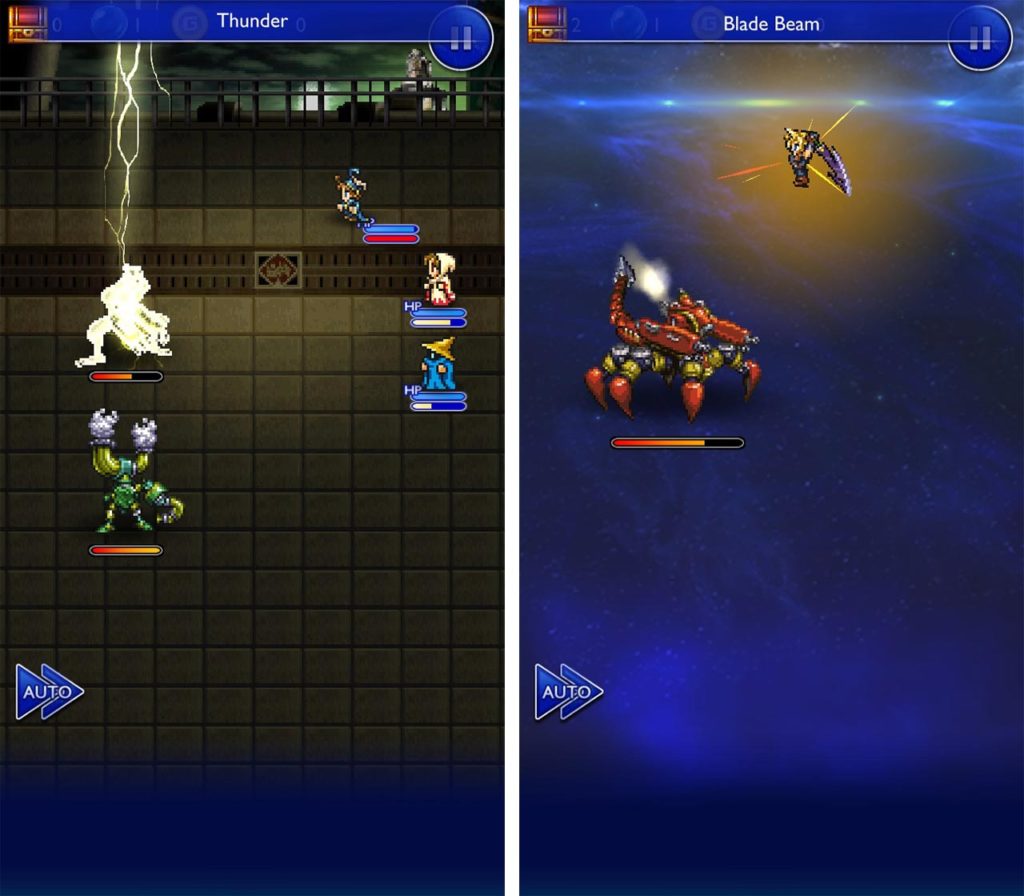 The amount of featured classic characters is great (and in wonderful sprite form, no less), ranging from Edward (FFII), Cecil (FFIV), Gilgamesh (FFV), Celes (FFVI) and Cloud Strife (FFVII), among others. There’s a nice meta game to it all, too: by playing through iconic Final Fantasy settings, you’ll restoring and keeping “records” of the worlds and its respective inhabitants, thus unlocking them for use in gameplay.

Hearing the Final Fantasy VII Battle Theme play during a fight on a Midgar stage is always a real treat, too. The variety of tracks from Nobuo Uematsu’s various FF compositions (which, for my money, are some of the best pieces of music in gaming) alone make it a joy to play the game. 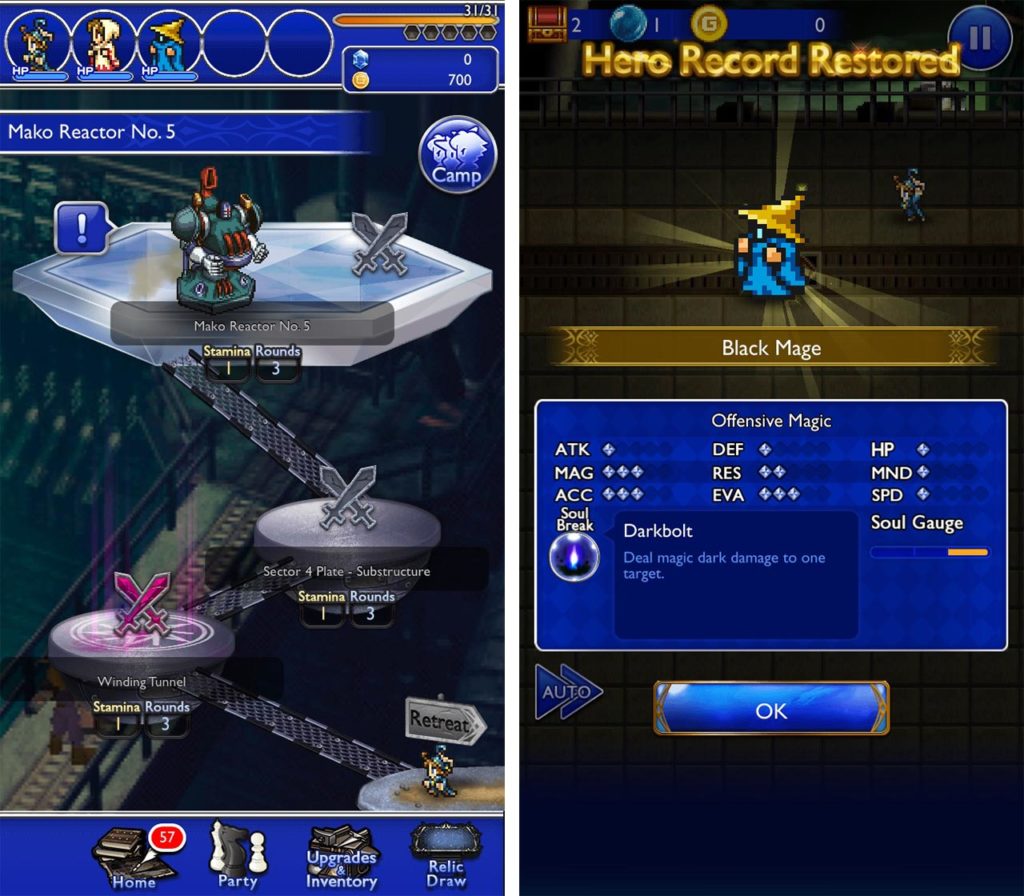 The game’s story is rather barebones, but then, I don’t expect mobile games to have strong narratives anyway; I’d turn to a full-fledged console experience for that. As well, since the game is free to play, it does feature micro transactions used to gain in-game items more quickly. I never felt the need to buy them, though. Overall, it’s a fun and nostalgic way to kill some time while we continue to wait for Final Fantasy VII Remake’s 2097 release.