Bethesda has confirmed that the Nintendo Switch version of the Elder Scrolls V: Skyrim will feature The Legend of Zelda-themed content.

At its E3 2017 media showcase, the publisher revealed a gameplay trailer from the open world-RPG that featured the player character wearing Zelda protagonist Link’s Breath of the Wild tunic and wielding the Master Sword and Hylian Shield.

The footage also showed the player using the Switch’s signature Joy-Con controllers for more precision when aiming a bow or swinging a sword. Motion controls can also be used in lockpicking.

Finally, Bethesda confirmed the game will support Zelda-themed amiibo from the lineups released for Super Smash Bros., Breath of the Wild, Majora’s Mask, Twilight Princess, and more. Players can unlock in-game loot by tapping the NFC-equipped collectible figures onto the Switch tablet.

In the gameplay trailer, using an Archer Link amiibo made a treasure chest appear in the open world. When opened, the chest produced respective musical cues from Breath of the Wild and, more importantly, the Master Sword itself. It’s unclear as of yet if the legendary blade, as well as any of the other Zelda-themed items, will affect the player character’s stats in any way or offer purely  cosmetic changes. 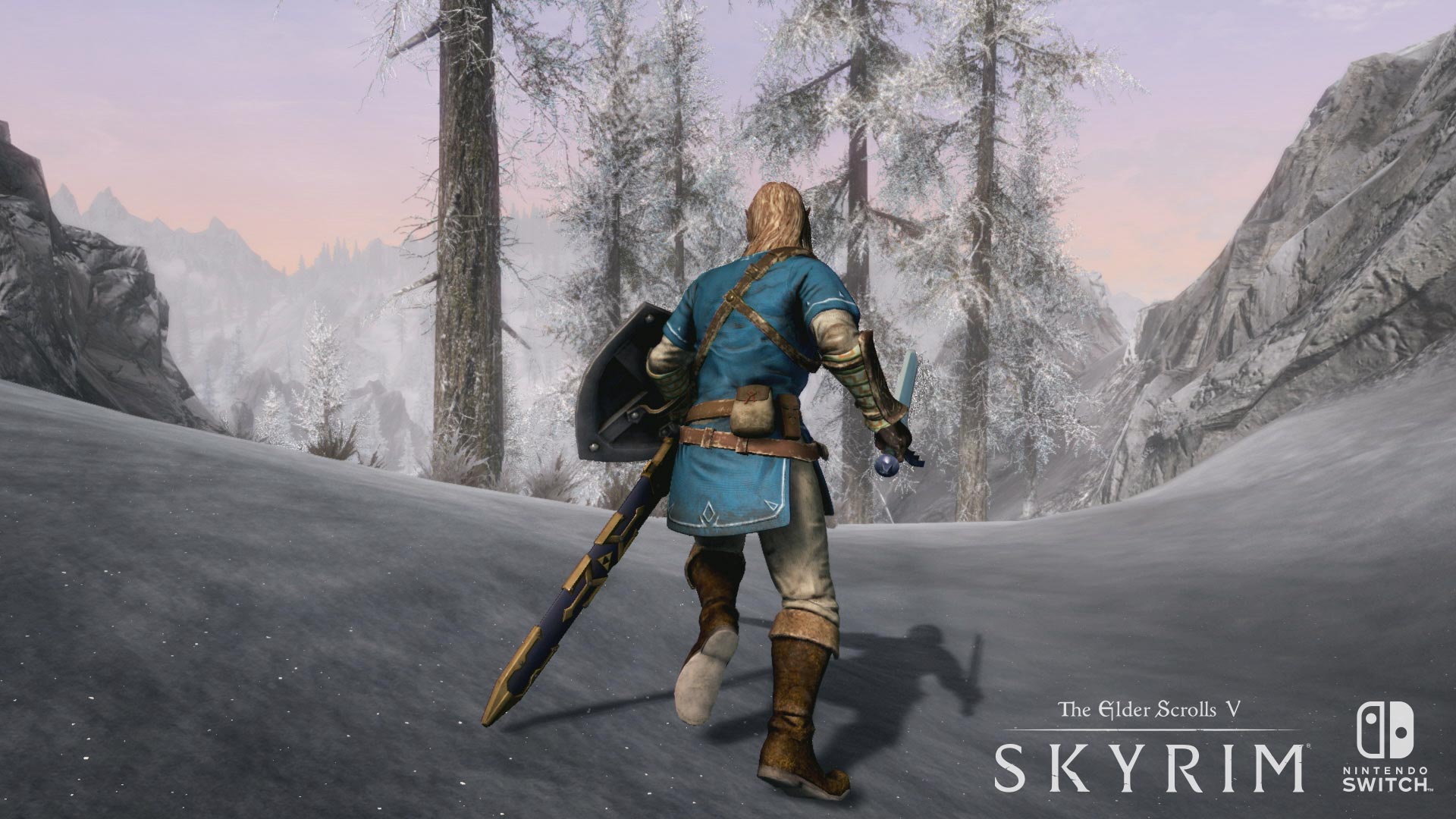 The Elder Scrolls V: Skyrim will launch on the Nintendo Switch this fall and include all of the base game’s additional downloadable content — the Dawnguard, Hearthfire and Dragonborn expansions.

E3 2017 runs until Thursday, June 15th, so stay tuned to MobileSyrup for more coverage from the show.