Since going live on Sunday, pre-orders for the upcoming Xbox One X console have sold out rather quickly.

In fact, Microsoft says the enhanced, 4K-capable Xbox One system is the fastest selling Xbox pre-order in the history of the brand. For context, the original Xbox launched in North America on November 15th, 2001.

“Within just a few days, we saw record-setting sell-out times and are currently sold out in many countries around the world,” wrote Mike Nichols, corporate vice president of marketing for Xbox, in an Xbox Wire post. “You, our biggest fans, have pre-ordered more Xbox One X Project Scorpio Edition consoles in the first five days than any Xbox ever.”

The Project Scorpio Edition that Nichols mentions is a specially-themed version of the Xbox One X that has the words “Project Scorpio” marked on the console and controller — a reference to the system’s original codename. Microsoft says details on pre-ordering the standard edition will be announced next month. Both versions of the Xbox One X will cost $599 CAD and release on November 7th in Canada. 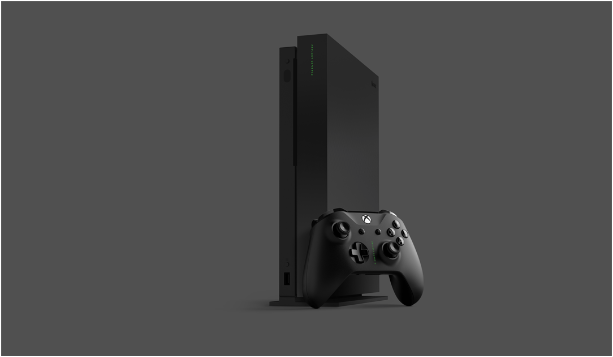 Specific pre-order numbers weren’t revealed. However, it’s worth noting that this Microsoft has a record of keeping quiet about specific Xbox One sales figures, with the information instead coming from other sources. In June, Sony revealed sales of over 60 million PlayStation 4 consoles, while market research firm SuperData pegged the Xbox One at 33 million units sold. Both systems released in November 2013.

On the subject of both consoles, Microsoft also revealed earlier this week that it’s “talking” with Sony to allow for cross-playing games between the PS4 and Xbox One. Previously, while Microsoft and Nintendo have announced support for players on their respective Xbox One and Nintendo Switch systems to game with one another, Sony was against offering the option.