How to enable Do Not Disturb While Driving on iOS 11

The Government of Ontario is working on introducing new distracted and careless driving legislation to promote road safety, but in the meanwhile, those who have iPhones can guarantee the safety of themselves, their passengers, and everyone on the road right now.

Apple’s iOS 11 comes with a new feature specifically designed to reduce the instance of distracted driving. It’s called ‘Do Not Disturb While Driving,’ and it’s incredibly simple to set up.

Step 1: Go to settings and choose how to activate Do Not Disturb While Driving

Scroll down and tap on the ‘Do Not Disturb’ setting. It should be directly underneath the ‘Control Center’ setting. 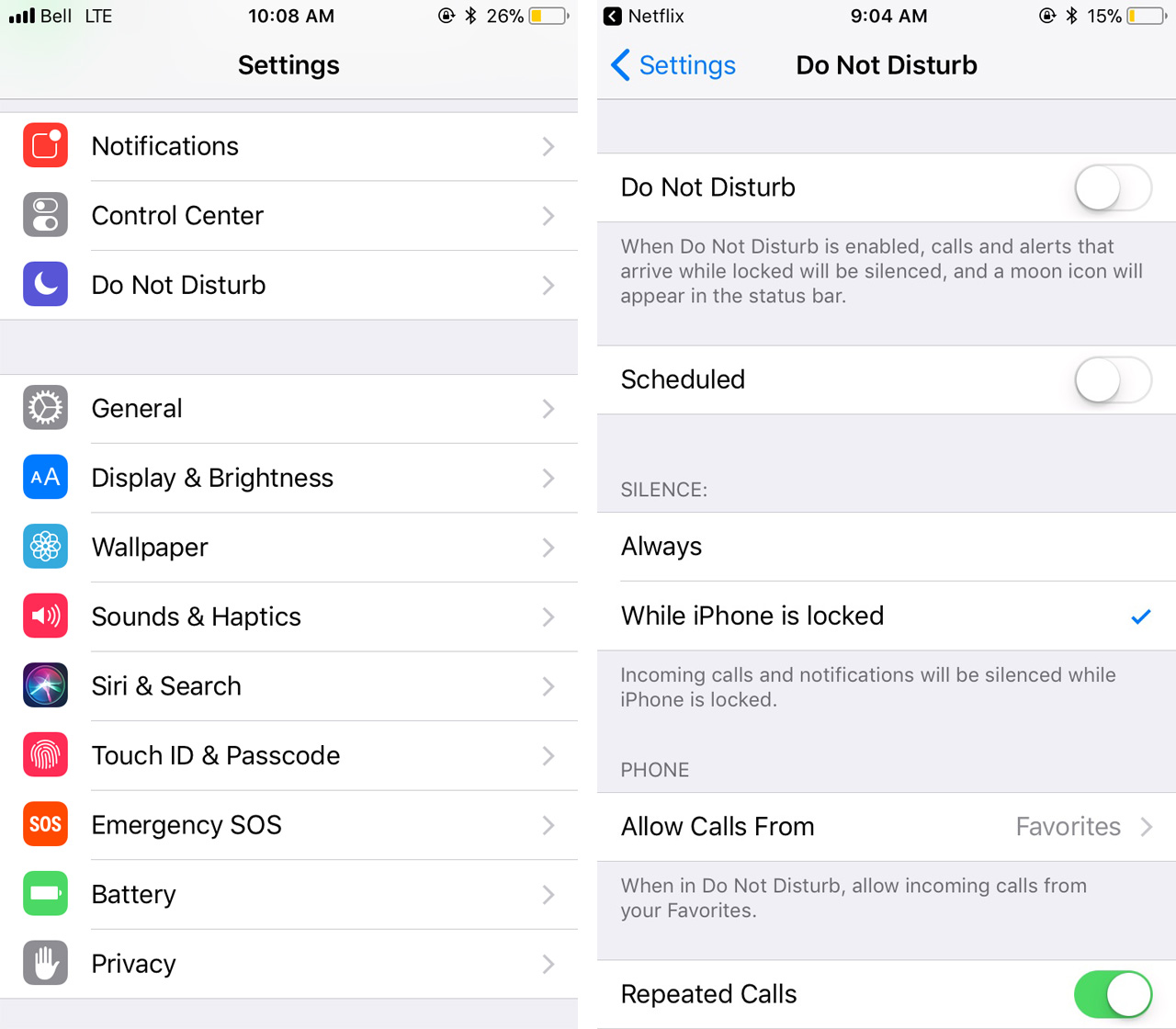 Scroll down to the bottom of the Do Not Disturb menu, and you’ll find Do Not Disturb While Driving. It should be set to activate automatically, which means that your phone will automatically prevent you from sending or receiving messages once the device detects that it’s travelling at a certain speed.

In testing the new feature, MobileSyrup quickly learned that iPhones can’t tell the difference between a car and something like, say, a subway, streetcar or bus. So unless you want your phone to stop working every time you hop on public transit — or take a taxi for that matter — you should probably customize how the feature activates.

Step 2: Set up an auto-reply response

It’s not entirely accurate to say that the Do Not Disturb While Driving disables all communications, because you can still receive phone calls and messages — from certain contacts — while the feature is active.

Not only can you make sure that repeated calls within three minutes will not be silenced — for those emergency situations — but you can also make sure that contacts who message you receive an auto-reply response explaining why you’re otherwise preoccupied. 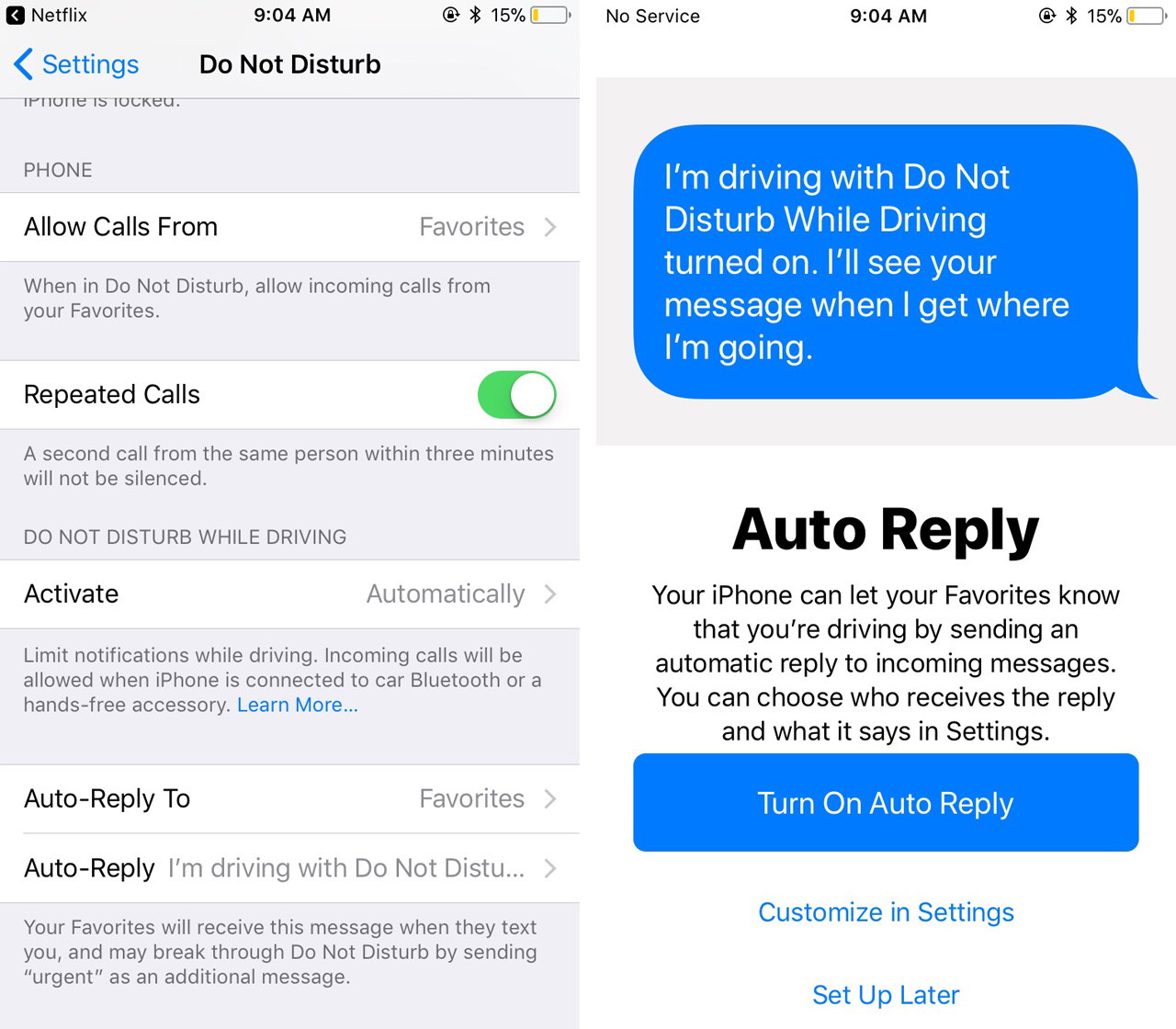 By default, the feature sends auto-reply messages to your favourite contacts, but this too can be modified.

If this process is too cumbersome, you can also add a Do Not Disturb While Driving icon to your device’s Control Center. To do so, simply navigate to the Control Center menu in the settings app and customize the panel.