If you can think it, you can now tweet it

We here at MobileSyrup believe in the philosophy of the Law of Attraction. That is to say, if you think positive thoughts, then positive events will happen to you. Think negative thoughts? Well, don’t be surprised if negative events follow.

Yesterday, Twitter announced that it had begun deploying an increased 280-character limit — up from the service’s original 140-character limit — with certain users. I wasn’t one of those users, but I stuck to my positive thoughts, and it looks like my positivity has paid off.

Ever since yesterday, there have been a multitude of solutions that provide the necessary steps to tweak Twitter to allow talkative users to tweet less tersely.

However, in the same way that the Law of Attraction helps me achieve our goals, Twitter user Prof. 9 has created one the easiest ways to activate Twitter’s 280-character limit feature. They’ve got it down to three unique steps. Before we continue, I must acknowledge The Verge’s Tom Warren for discovering Prof. 9 first.

Tampermonkey is a userscript manager that works with every modern browser, including Chrome, Microsoft Edge, Safari, and Firefox. 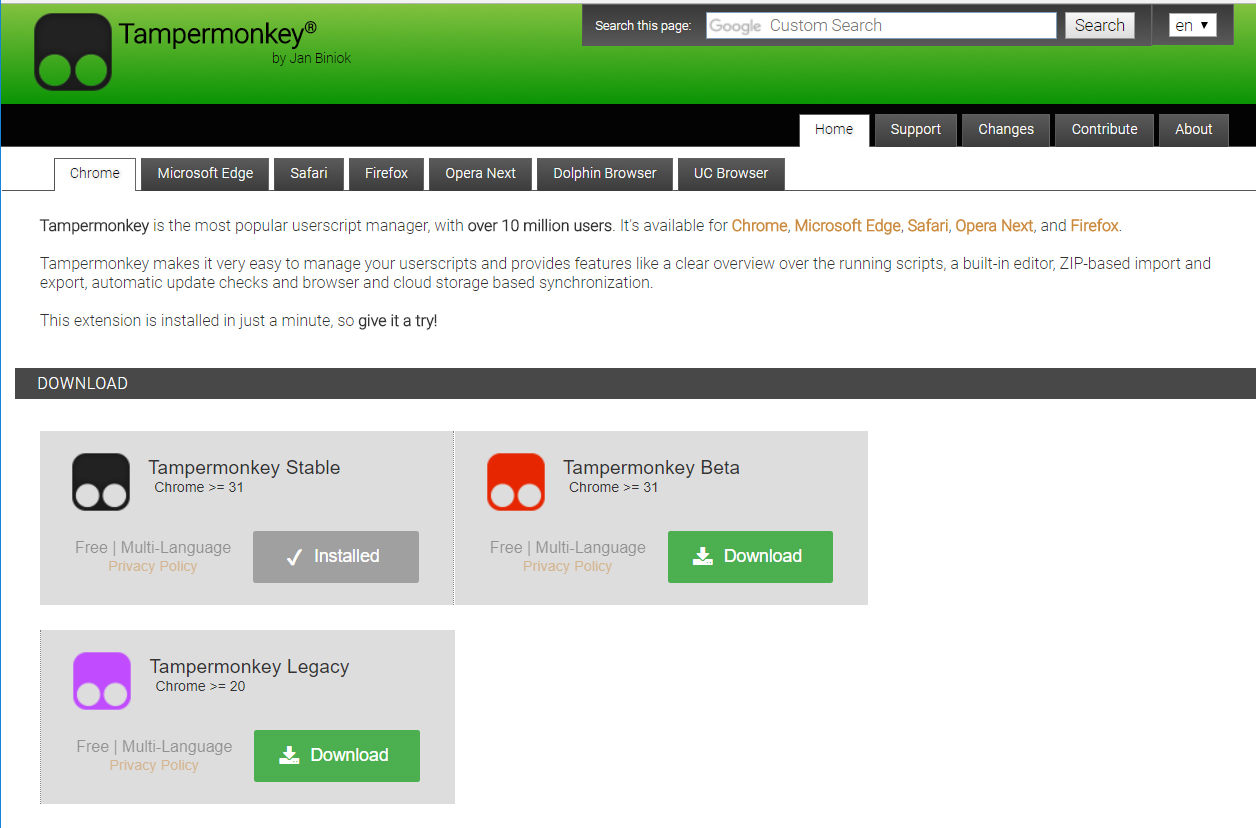 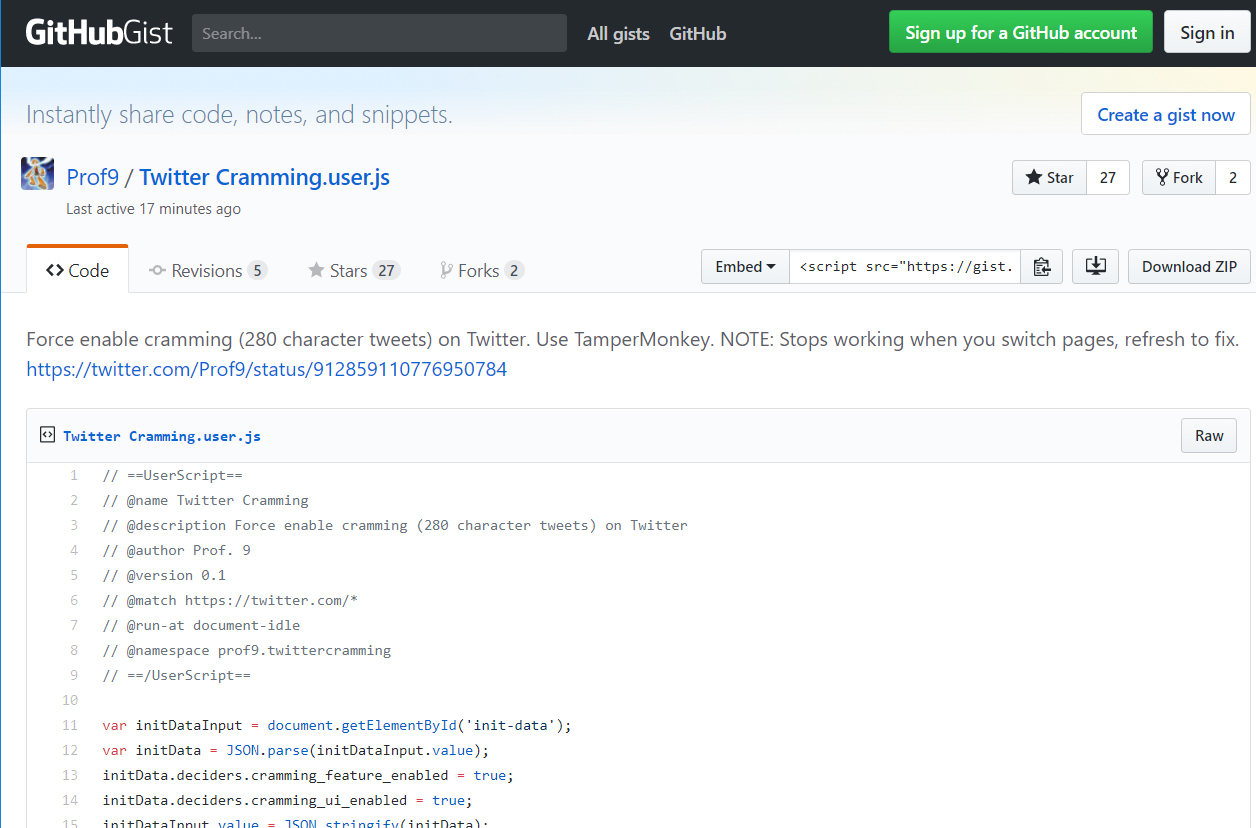 Don’t download the zip file; instead, click on ‘Raw.’ This will activate Tampermonkey, where you’ll be able to properly install the script. 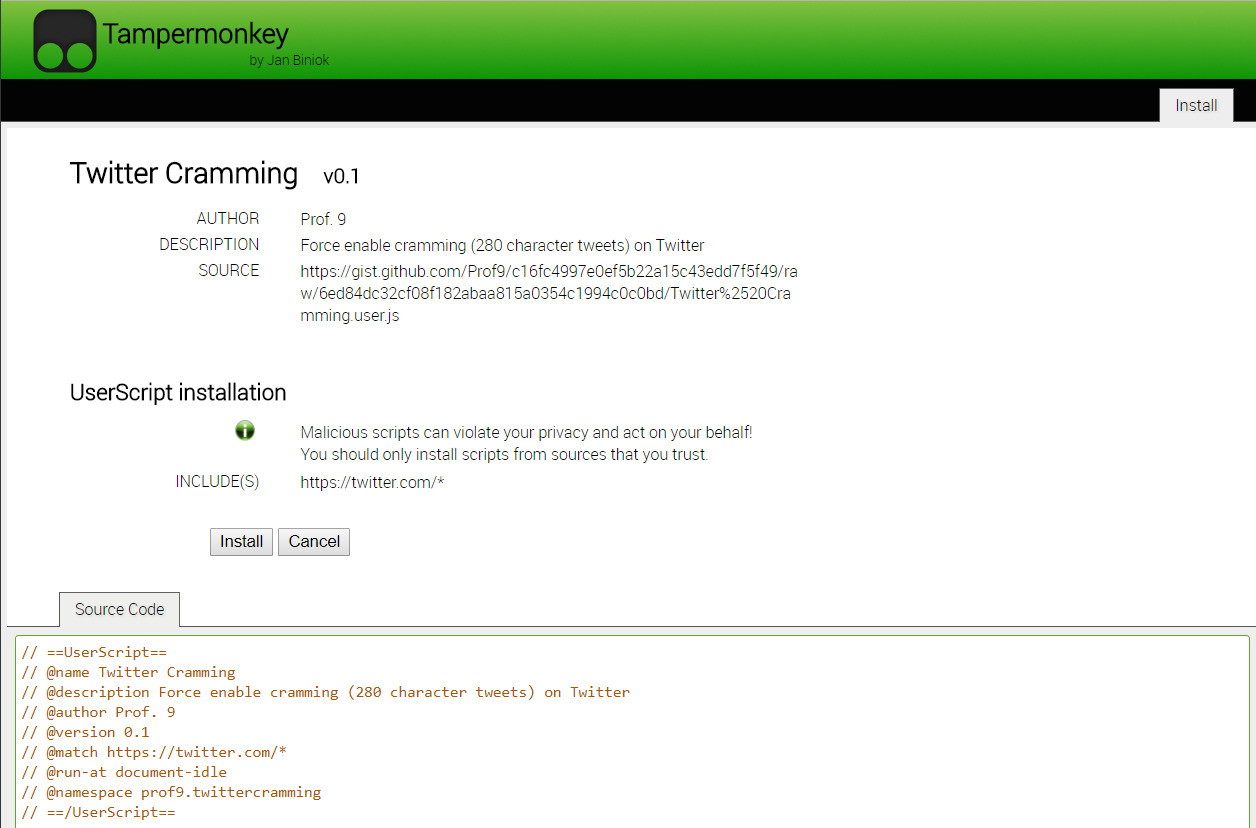 Once you’ve successfully installed Prof. 9’s script, you’ll be free to tweet away with temerity –and without tension or timidity. 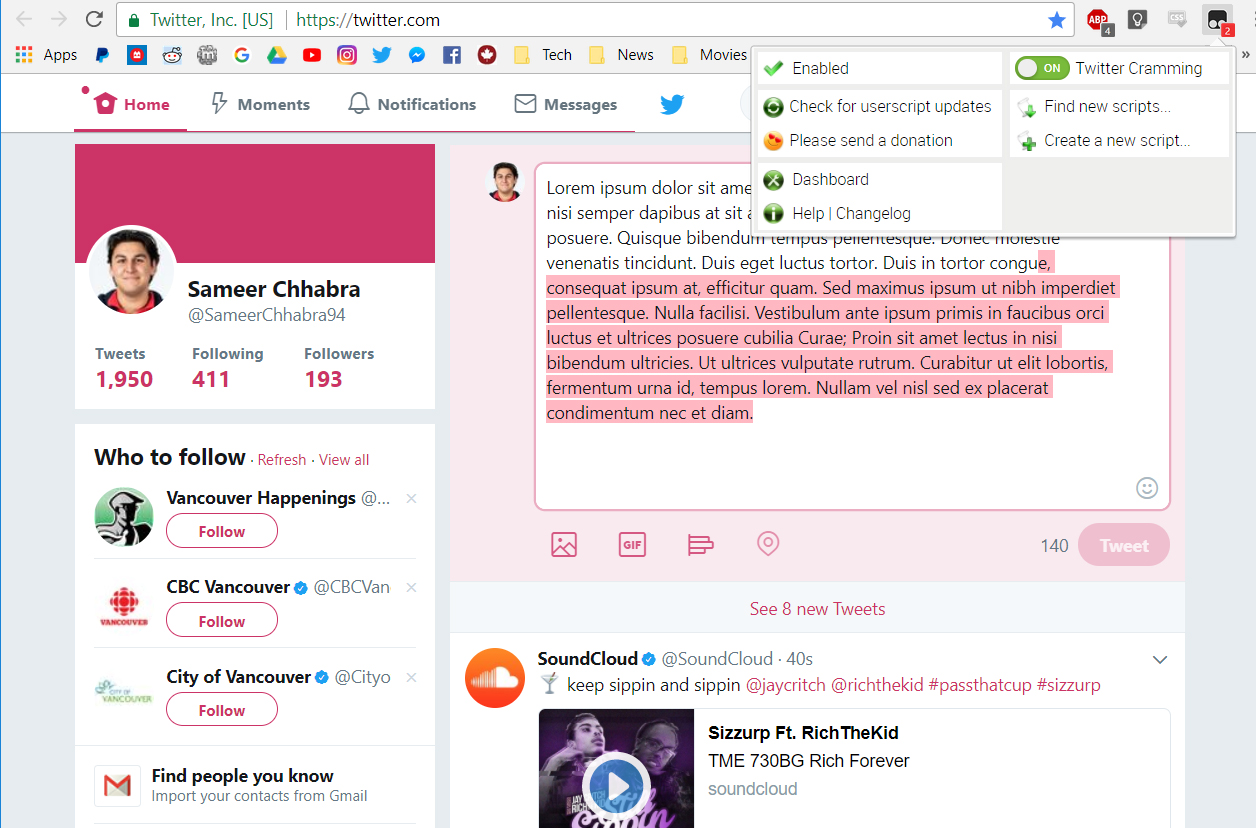 For those not interested in a quick user script lesson, German developer Juliette Pretot has this whole thing down to two steps. The single caveat is that Pretot’s method only works with Tweetdeck.