With the bulkiness and hassle of power banks, there’s certainly room for improvement in the portable charging market.

One young team believes the solution is modular and magnetic. Finger Pow, founded in San Jose, California, is offering a product that comprises four small magnetic charging mods that can be attached to any smartphone using a magnetic adapter — either lightning, USB-C or micro-USB — that inserts into the device’s charging port.

When connected, the ostensibly waterproof mods provide 600mAh of battery power each, or about 25 percent charge for an iPhone 8 in 30 minutes, according to the Finger Pow team.

The individual charging packs are small and light, coming in at 15 grams each and appearing to be about the size of a USB stick. Because of their small size, Finger Pow is pairing them with magnetic key chains, making them easier to tote.

When it comes time to charge the packs, they attach magnetically to a charging base or station — the main difference being that the base just charges the modules while the station is itself a 5,000mAh power bank.

The Finger Pow Basic comes in at $84 CAD with four charging packs, two magnetic adapters, a magnetic charging cable and a charging base. The $94 CAD Finger Pow Plus, meanwhile, offers a charging station instead of the base and an additional two keychains.

Both are available through Kickstarter with an estimated delivery of April 2018.

There’s a lot I like about this product, but there’s a lot that doesn’t quite make sense, either — and no, I’m not talking about the faux-dubbing in the video, though that’s confusing as well.

First off, the portability is the most enticing part of this product, but it immediately raises red flags in terms of how easy it would be to lose the parts. If I’m meant to throw a few of these in my pocket as I leave the office, two are going to end up in one pair of jeans, one in a coat pocket and one is going to be left at my friend’s house for the next year. 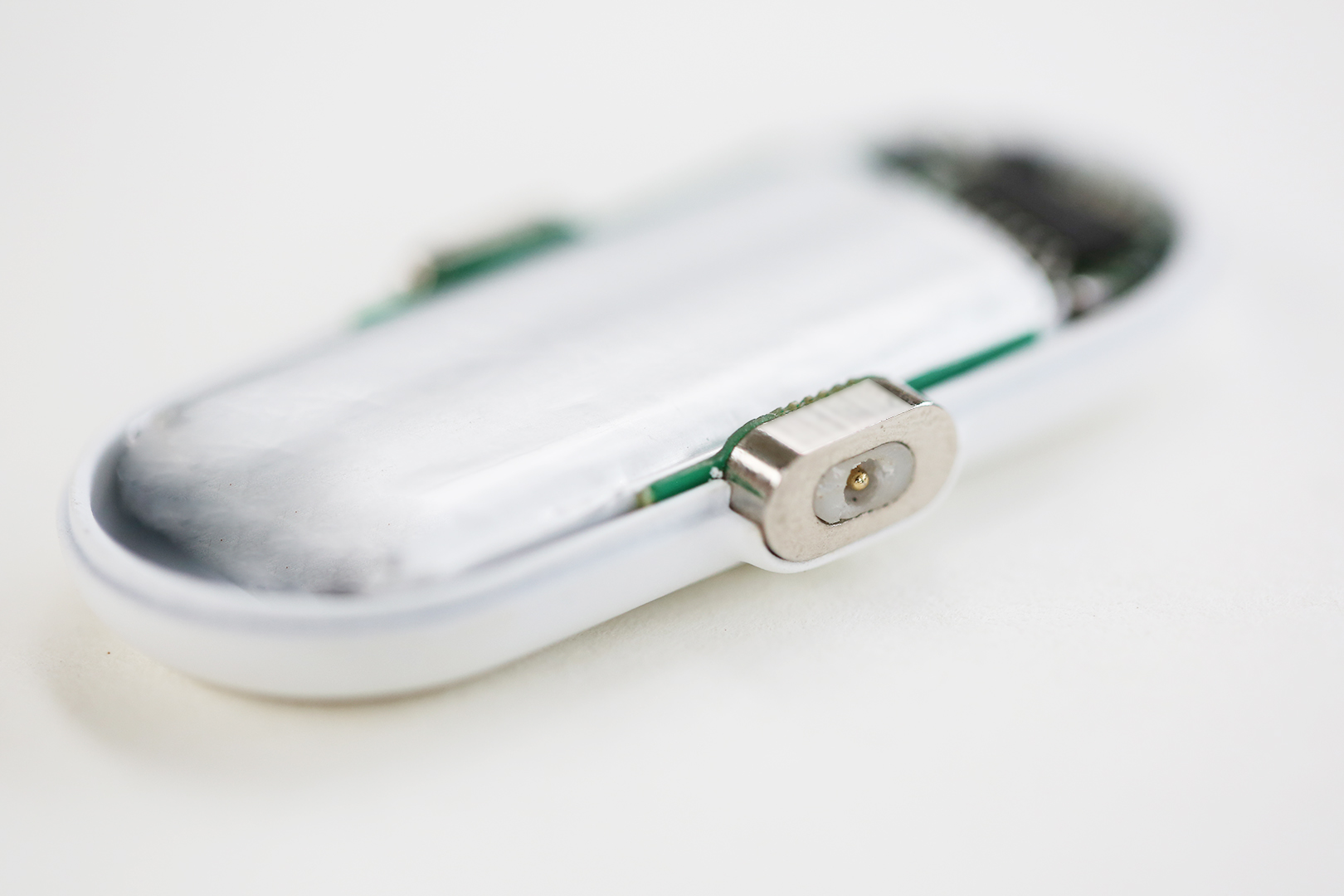 Which would be fine, except they’re a bit expensive for that. Meanwhile, the integral magnetic adapters are even smaller and easier to lose.

But maybe you’re better at keeping track of small things than me and that’s not an issue. Even so, the amount of charge that each individual pack provides isn’t sufficient to give you more than a survival charge when absolutely necessary. Again, that’s fine, but at its price point, it doesn’t completely make sense to me.

Still, it’s a compelling product and has already exceeded its goal on Kickstarter. For those ready to commit to keeping these little modules safe and in order, it could be a great buy — but until there are some guarantees that replacements will be inexpensive and easy to order, it’s not for me.