Anytime I decide to travel to a new country, I make it a point to try and learn at least something of the local language.

If there’s anything I’ve found in my travels, it’s that people really appreciate when you try to communicate in their native tongue. Of course, more often than not, most conversations still end in both parties gesturing, but, as with all things, a little effort goes a long way.

Later this year, I have a plane ticket booked to South Korea, and so I’ve been spending a lot of my free time trying to learn what I can of the Korean language.

The challenge with learning any new language is that you have to spend a lot of time on task to become even just a bit proficient. This is true of all languages, but is especially relevant when it comes to learning an East Asian language as a native English speaker.

The U.S.’s Foreign Service Institute ranks Arabic, Cantonese, Korean, Mandarin and Japanese as the most difficult languages for native English speakers to learn, each requiring an excess of 2,200 hours of study to master.

If you’re like any adult I know, finding even just one hour, let alone the equivalent of 88 weeks, to study a new language is a Sisyphean undertaking. Then there’s the fact that most of us would rather spend time away from our responsibilities relaxing instead of taking on a new challenge.

The good news is that there are resources out there that make the experience of learning a new language fun. Today I want to highlight one of them. It’s called the Infinite Language series. 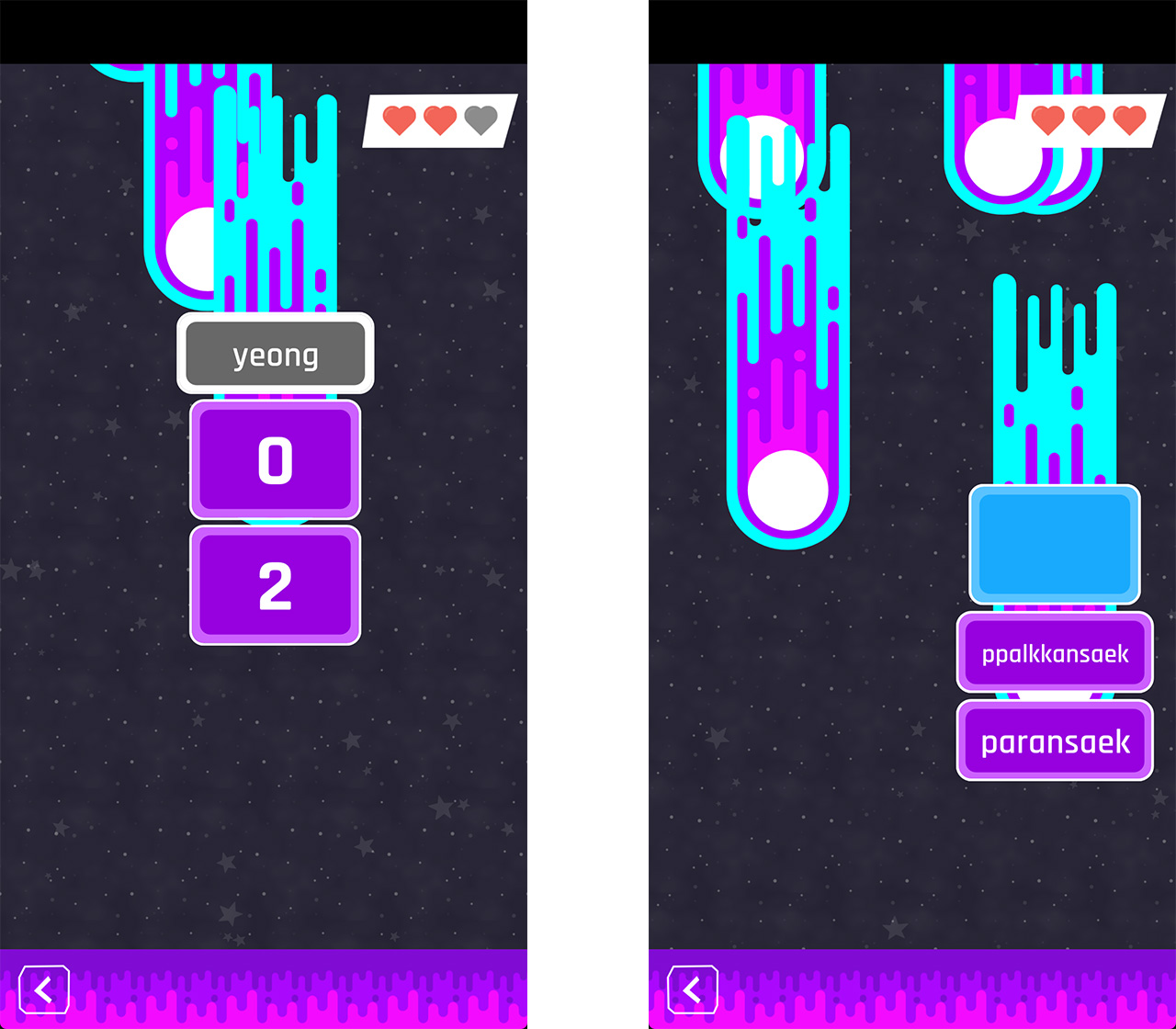 Each app follows the same simple but fun premise. Whether it’s the Korean version or any one of the other languages in which the series is available in, the Infinite apps promise to teach you about 200 words per language.

Once they’ve installed one of the apps, users pick a category of words they want to learn — numbers, colours, animals, fruits, etc. Each category has twelve levels, with each one introducing a new word to the mix and becoming more challenging.

Gameplay revolves around the player stopping multiple comets from falling to the ground and subsequently taking away all three of their lives away. This is where the language component comes in, as stopping a comet involves quickly associating a visual, verbal or written cue with the correct word.

What’s brilliant about the series is that it understands learning a language involves just a lot of boneheaded repetition, but if you make that repetition fun, then it’s not so bad.

You won’t become fluent in a language with one of the Infinite Languages apps, but it might just give you the needed motivation to pursue more serious study.

Each app in the series is free-to-download and try, with in-app ads in place to support the developer. Unlocking the full experience, which expands the number of playable word categories, costs a modest $5.99 CAD per game. The premium unlock also disables ads.

The Infinite Language series is available on both iOS and Android.