The OnePlus 7 Pro unofficially put the one-time Chinese upstart into flagship territory, given the price. And when you’re paying upwards of $1,000 CAD, there better be a good camera coming with it.

This was the challenge OnePlus engineers had to consider among the many others. The initial focus (no pun intended) was on the mechanical front-facing lens for the simple reason it eliminated any notches at the top of the display. More important was the company’s attempt at putting together a camera array in the rear that could take on all comers.

MobileSyrup’s Igor Bonifacic reviewed the device already, including his own thoughts on the camera, which you can check out here. 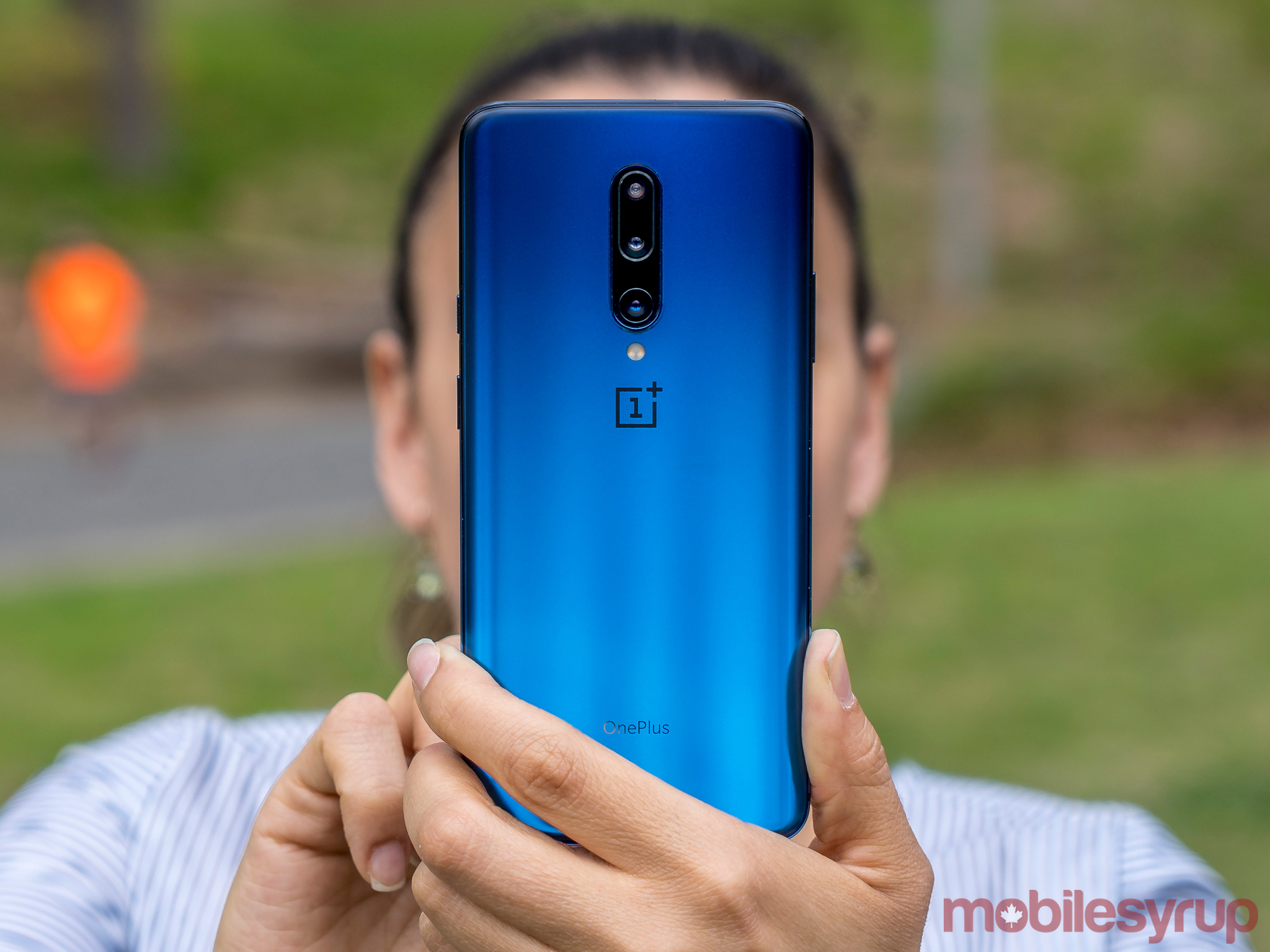 Unlike the OnePlus 6T, the 7 Pro comes with three lenses in the back, thanks to new telephoto and ultra wide-angle lenses. But even the standard wide lens went through a makeover. OnePlus used Sony’s IMX586 0.5-inch 48-megapixel sensor with f/1.6 aperture and 1.6 micron pixels. There is also both optical and electronic image stabilization at work.

OnePlus calls this UltraShot, which also encompasses a proprietary algorithm that includes HDR+ and Super Resolution. The gist of what this is supposed to do is extract information from multiple photos — taken in quick bursts and then merged — to produce a clear and vibrant image. So clear, in fact, that hair strands and textured details are visible.

The telephoto lens went from 2x to 3x optical zoom with this phone. It’s a 78mm equivalent at f/2.4 and Portrait mode uses the same lens to capture shots with bokeh effects. The 16-megapixel ultra wide-angle lens stretches 117-degrees with an f/2.2 aperture. More recently, OnePlus was called out for (yet again) misleading the public about the true focal range of the telephoto lens. In short, the Portrait mode zooms in at 2.2x, whereas the telephoto setting in Photo mode zooms in further, indicating that the image is cropped to reach the advertised 3x zoom.

Unfortunately, you can’t use the additional lenses in every mode. For example, Pro mode, with all its manual controls, only uses the standard lens. The same is true of all the others, like Nightscape, Time-lapse, Panorama, Slow motion and video. To me, this is a mistake. I can’t see any physical limitation to keeping the lenses away from the other modes, so it could theoretically be reversed via a software update. As of this review, OnePlus hasn’t given any indication it plans to do so.

It especially annoys me with respect to Pro mode. The manual controls, particularly shutter speed, ISO, white balance and focusing are well thought out here. Not to mention the ability to shoot in RAW or 48-megapixels JPEG. Samsung made a similar error with the Galaxy S10 camera, whereas others, like Huawei and LG, make their supporting lenses widely available. 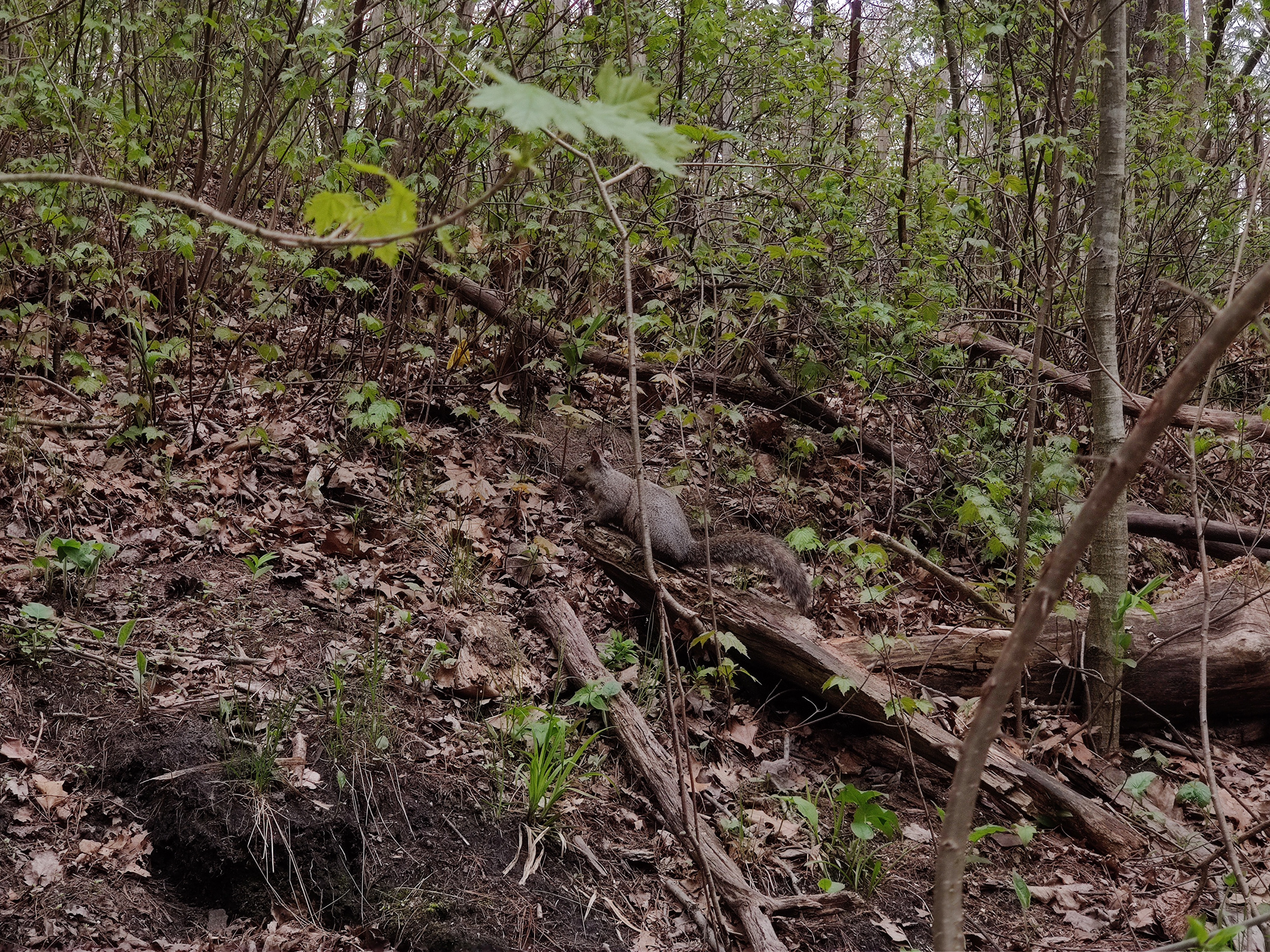 Camera settings aren’t especially deep, but they’re some good parts to note. One of my favourites was customizing the menu so that the modes I wanted appeared in the order I wanted them to.

Another was making HDR manually controlled. Smart Content Detection is on by default, and is pretty useful at automatically recognizing QR codes, business cards and phone numbers. Not always perfect, but effective, nonetheless. I’m beating the same drum yet again, but I’m not a selfie person. The pop-up mechanism that reveals the 16-megapixel front-facing camera with f/2.0 aperture is an unusual design choice, but it seems others have their own take on that. It’s almost odd these days to see a phone this big without a notch at the top.

I liked the pop-up camera more for its novelty than anything else. Showing it to people always elicited some surprise. As an actual shooter, the camera is fine, with a reasonable level of control. HDR is optional, as is the softening effect on the top right.

My concern was always the pop-up camera’s durability. OnePlus says you can use it 150 times per day and it would still last five years. The accelerometer and gyroscope also ensure it closes in case of an accidental fall. I tried this on a bed and pillow and it worked as advertised. What’s smart is the camera retracts when switching modes or apps, though the camera app will remember that the front-facing camera was enabled, popping it back up again when going back to the camera app. 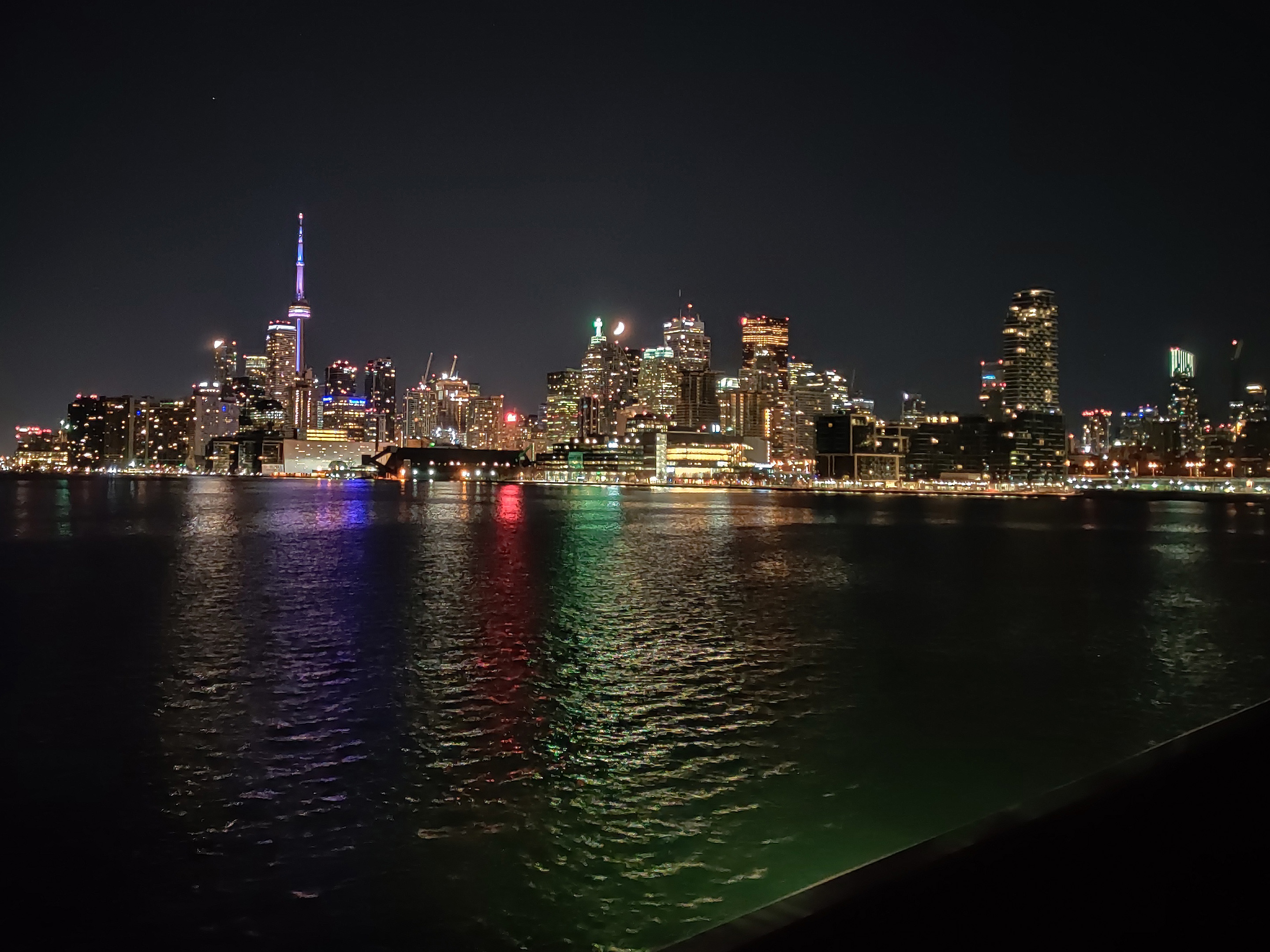 With the OnePlus 6T, company engineers tried to tackle low-light and night photography. Unfortunately, they also buried some of its better features. There was no way to customize the menu, so Pro mode always required extra steps to engage. Now, not only could it be front and centre, the standard lens also has three lenses to shoot with.

I know that 48-megapixels seems like a lot, and it is. The advantage of shooting with that many pixels is the ability to crop later with a lot of detail intact. It’s otherwise not as good when shooting challenging low-light or night scenes, though it can depend on timing. Blue hour or golden hour shots, for instance, could look better than when night falls. 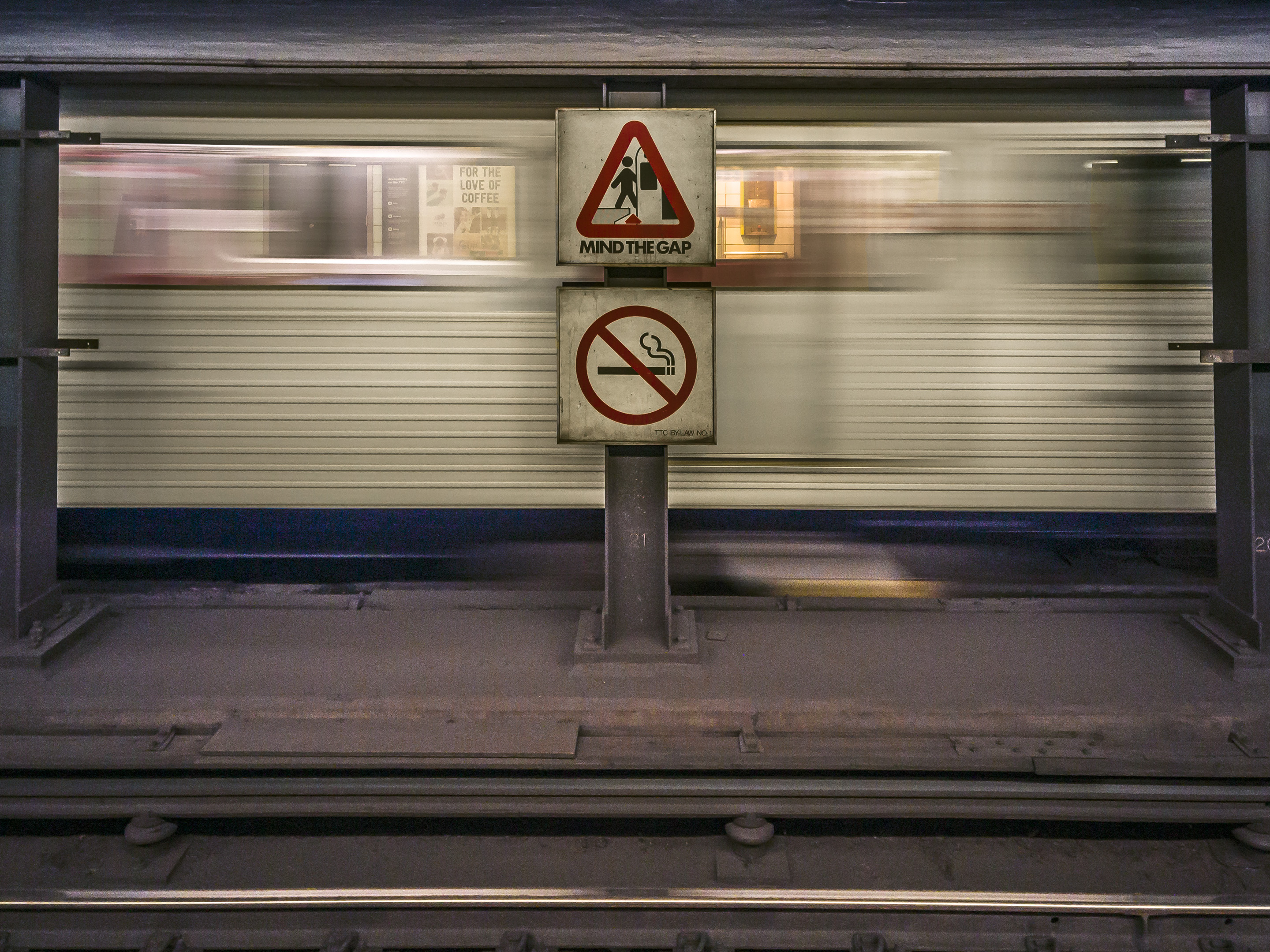 No matter the lens, the OnePlus 7 Pro camera is sensitive to changing lighting conditions. When it tries to illuminate a darker scene, the level of noise going with it reaches unacceptable levels. Focusing also isn’t as quick or locked-in as it should be. That’s especially true of the telephoto lens, and I suspect part of the reason might be because of the digital zoom OnePlus used.

I could mitigate that shooting in Pro mode at a lower ISO or trying Nightscape, albeit without the other two lenses at the ready. There’s no doubt Nightscape is better here than in the 6T, except I would have liked some measure of control over the effect. I could lower the exposure using the slider after focusing, but not the duration of the capture.

In most cases, I leaned on shooting in RAW or at 48MP. OnePlus’ own processing isn’t always on point, and the ability to edit images after the fact is what really shows what the camera is capable of. It’s just a shame that OnePlus doesn’t provide a more liberal command over the other two lenses. It was an annoyance I couldn’t shake throughout my time shooting with it.

The good news is that photos are noticeably better with this phone compared to its predecessors. But the results I was able to achieve with some post-production for RAW and UltraShot images were the most impressive. There’s versatility in this phone’s camera, albeit with some caveats thrown in holding it back from being even more of a standout.

OnePlus didn’t give video the same level of treatment, as far as options go. You can shoot in 1080p or 4K at 30fps or 60fps, and that’s it. Other than turning the flashlight on, there’s little room for creativity. I like shooting video in 24fps, but most manufacturers avoid it. OnePlus is yet another among them.

All that said, you’ll get decent footage, but nothing extraordinary. Capable and competent without being a cut above anyone else. 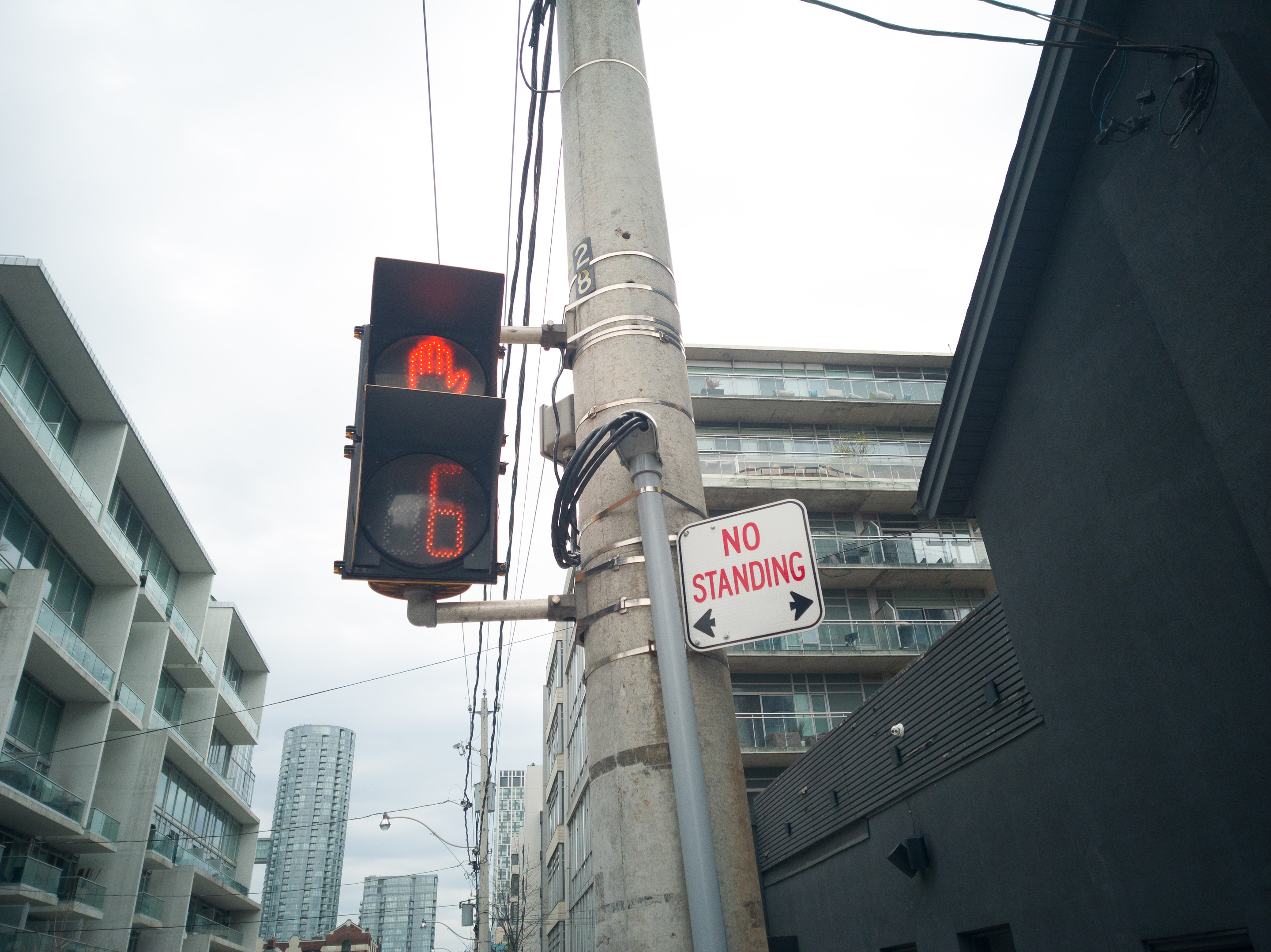 Adding the ‘Pro’ suffix to a phone should come with something big, and OnePlus gave it a good shot with its camera. The results are encouraging, and certainly better than any model that came before it. The problem is the company didn’t go far enough to let users shoot how they want. I’m referring to the limited use of the extra lenses, but also of the lack of manual control for an important feature like Nightscape.

Still, I liked shooting with this 7 Pro because it gave me the confidence I could capture something good with it. For you to feel the same way, you would need to dive in and take advantage of everything OnePlus threw into this device’s camera features.