Well, since there seems to be some interest, 1 month after delivering your very first glimpse at the #Pixel4, here comes your very first full look at the #Pixel4XL! 360° video + gorgeous 5K renders + dimensions, on behalf of my Friends @Pricebaba again -> https://t.co/mCQCOp5Pp1 pic.twitter.com/MeAIID0FDz

The leak comes almost exactly a month after Google uncharacteristically shared an image of the Pixel 4 ahead of the phone’s official launch sometime this fall. As in the past, Hemmerstoffer created the renders he shared using CAD schematics provided to case makers. Over the past two years, Hemmerstoffer has been one of the most reliable leakers online, which is to say what you see in these renders is likely more or less representative of the final product.

According to Hemmerstoffer, the Pixel 4 XL features a 6.25-inch display. Additionally, the reportedly phone measures in at 160.4 x 75.2 x 8.2mm and is 9.3mm thick at its widest thanks to its substantial rear camera bump. 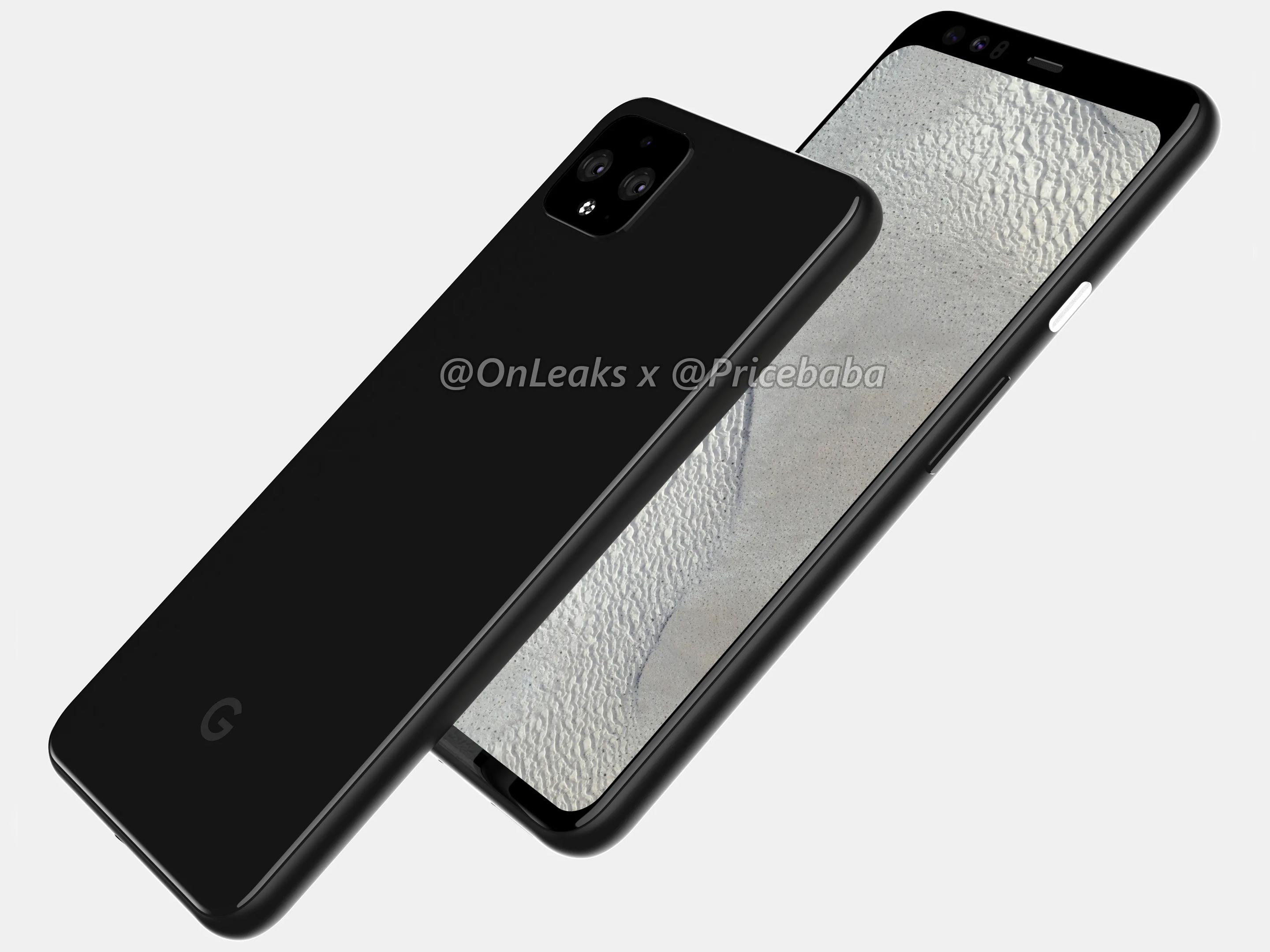 At first glance, the most notable difference between the Pixel 4 XL and the Pixel 3 XL is that Google’s new phone doesn’t feature the deep display cutout of its predecessor. However, the Pixel 4 XL still has a substantial forehead and chin. What’s more, it doesn’t include the front-facing speakers of the Pixel 3 and 3 XL; instead, it features bottom-firing speakers. Like the Pixel 3 family, there’s also no sight of an analog headphone jack.

Looking elsewhere, the phone includes two front-facing cameras, suggesting the Pixel 4 lineup will once again feature a wide-angle selfie camera. According to Hemmerstoffer, there’s also space on the right side of the phone’s forehead to house additional components. He speculates this section of the phone could be where Google installs the Soli Radar chip we heard about in June. The chip, were it to make its way to the Pixel 4 XL, would enable touchless gestures.

Google will likely announce the Pixel 4 XL at an event in October, giving leakers like Hemmerstoffer another couple of months to fill out what we know about the phone.