You knew this was coming.

Hundreds of rumours and leaks later, the Pixel 4 and Pixel 4 XL are here. Nearly all the rumours you’ve seen before are correct, but they don’t tell the full story of what the Pixel 4 is.

As always, Google’s flagship is more than the sum of its parts. It’s more than just the hardware and software. It may not feature the most cutting-edge hardware — there’s no edge-to-edge display, curved screen or hole-punch camera cut out or quadruple-camera set-up and 5G. 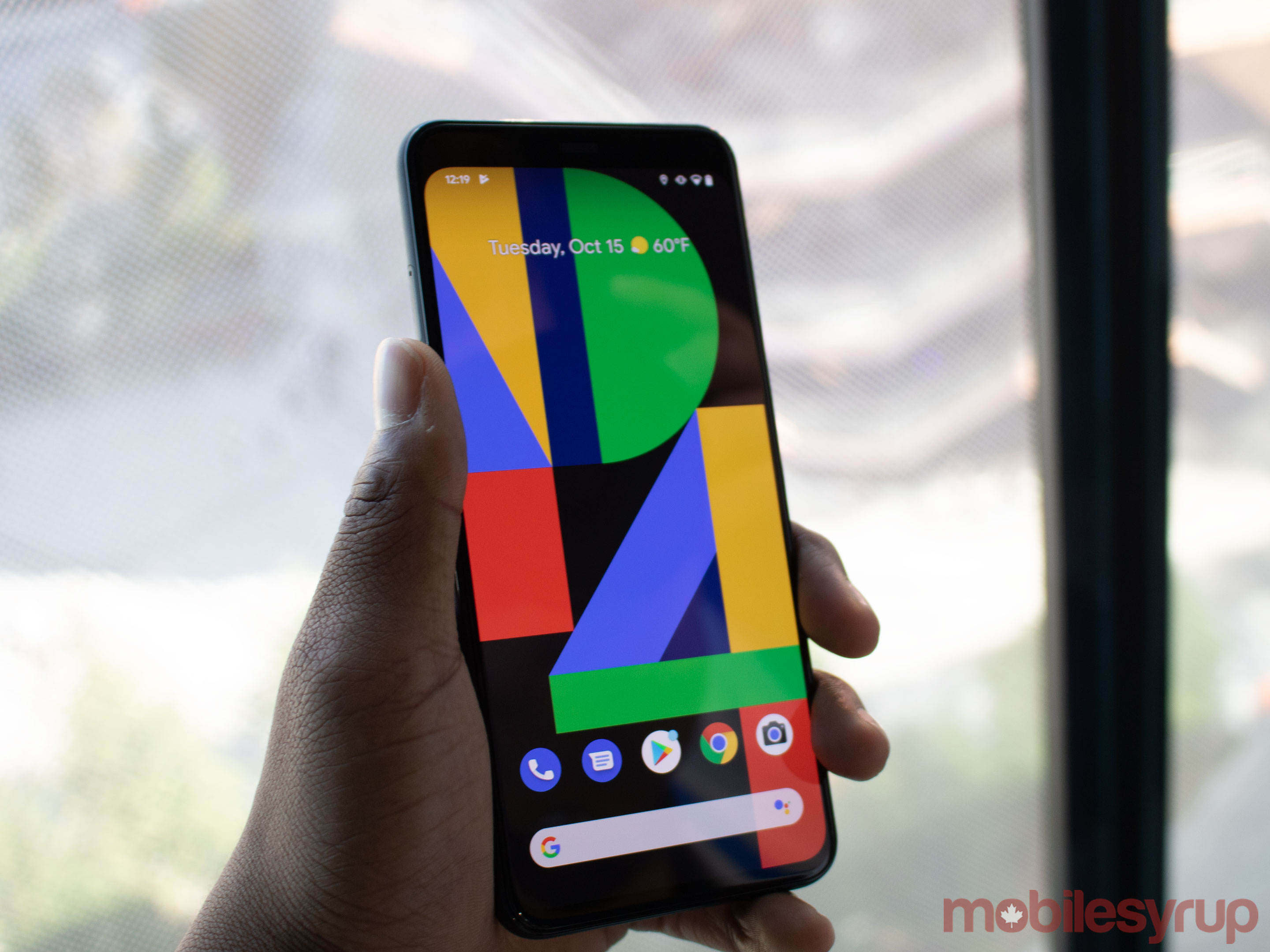 Instead, the Pixel 4 and 4 XL are smartphones where form follows function. They’re devices with tasteful additions and new features. You’ll spend less time interacting with Google’s latest flagships and more time accomplishing what the phones enable you to do.

But before we dig into our initial thoughts and impressions of the Pixel 4, we wanted to clarify that throughout this hands-on we’ll refer to both phones as the Pixel 4, except when it makes sense to discuss them separately. Beyond size of screen and battery, both devices are functionally the same.

You really have to hold it 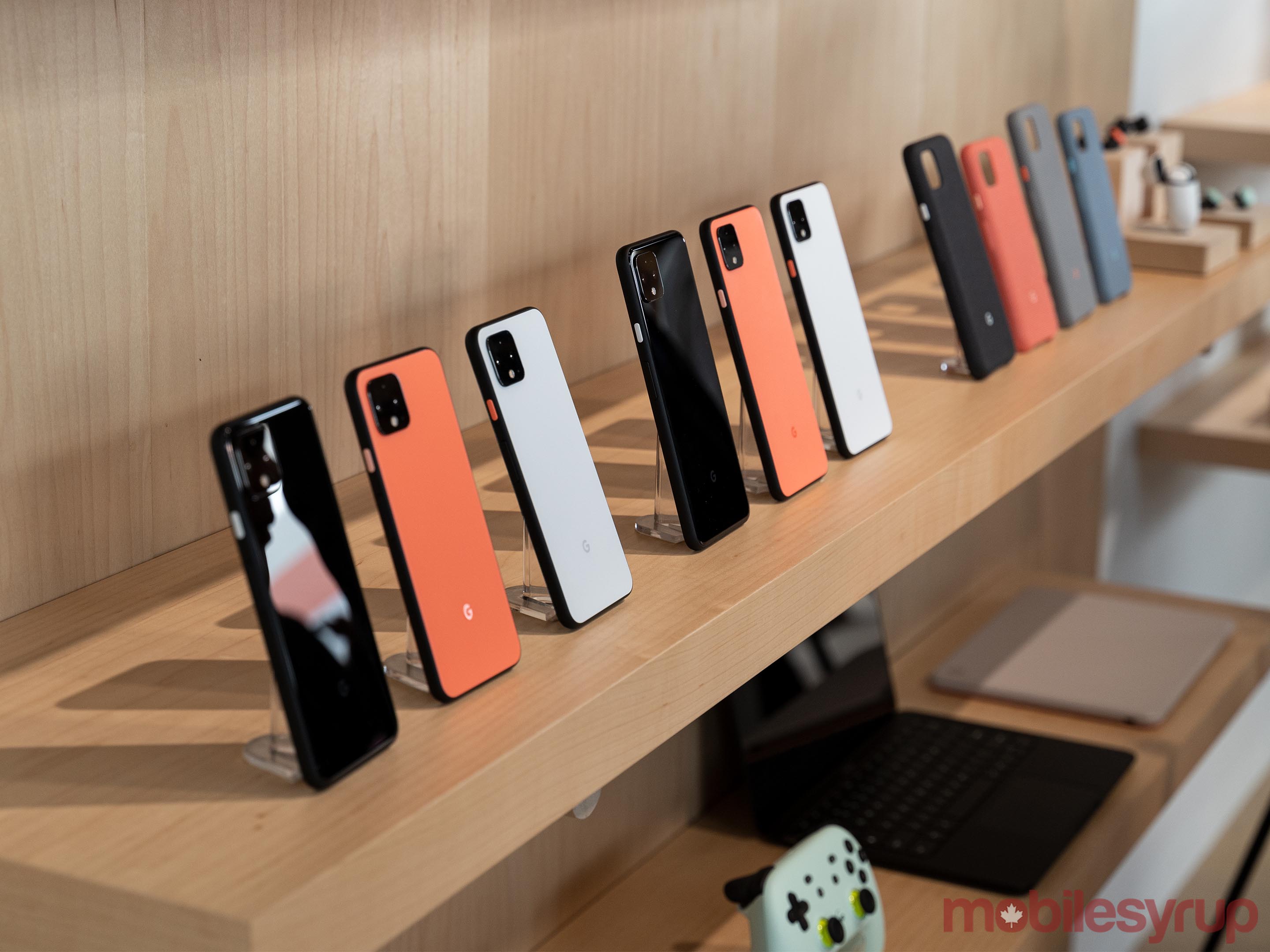 Every photo or video of the Pixel 4 that surfaced ahead of the launch left us thinking one thing: what an ugly phone.

Google transitioned away from the notch with the Pixel 4, opting instead for a massive top bezel. The company also added a large, square camera bump to the back of the device and, in a lot of leaked photos, the Pixel 4 looked rather thick.

However, most of that changes when you hold the device in your hand. We can debate the looks of the Pixel 4 all day, but it feels great in your hand.

First up, Google added this wonderful matte texture to the back of the phones. It feels very similar to the back of the Pixel 3, but more pronounced than before. Unfortunately, the textured back glass is only present on the ‘Clearly White’ and ‘Oh So Orange’ variants. ‘Just Black’ features a glossy back that, while nice looking, is a fingerprint magnet and not nearly as pleasant to hold.

Google also textured the sides of the phone, which are black no matter which device colour you pick. Again, these textured sides help make the phone more grippable and don’t show off fingerprints or grease.

The sides of the Pixel 4 are comparable to the iPhone XS in style, but instead of the stainless steel — which is a nightmare to try and keep clean, not to mention incredibly slippery — you get this textured metal material.

The problem with all the matte and texture is how durable it’ll prove over time. The Pixel 3 had some minor issues with scratching, but we’ll need to spend more time with the Pixel 4 to determine if it’s susceptible to similar problems.

One other interesting note with the Pixel 4 is that it appears to be quite thick. It even feels thick. But when compared to the Pixel 3, it doesn’t actually look any thicker. This is likely because of the boxier design of the smartphone.

The form highlights the function 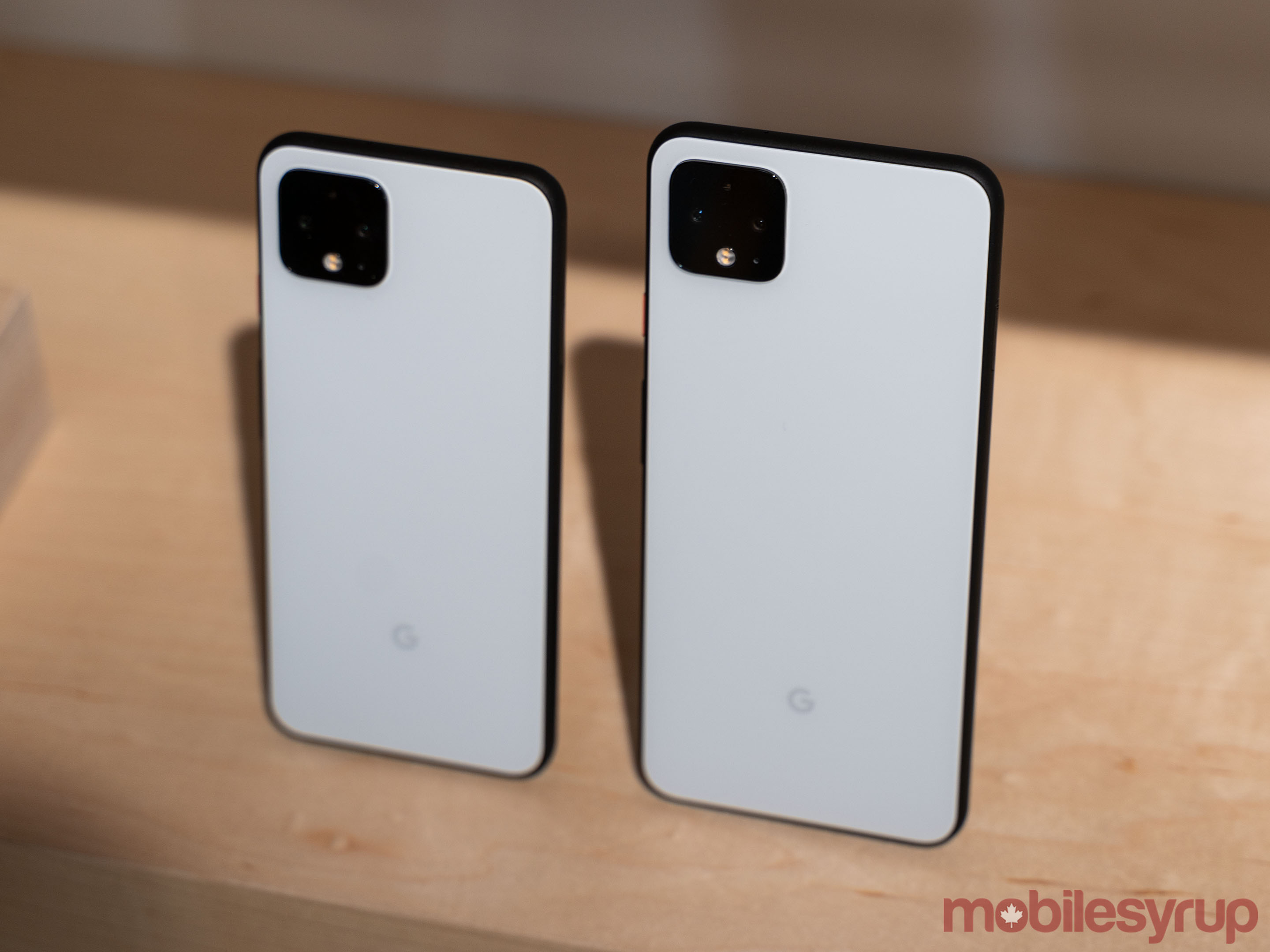 Google indicated to MobileSyrup that the design of these elements was meant to highlight the functionality within the device.

Take the rear camera, for instance. Google added several sensors, including a second telephoto lens to help with ranged photography. The square bump balances the two lenses and other sensors, highlights their presence and contrasts them from the rest of the phone.

Similarly, the top bezel accommodates the sensors required for Google’s ‘Motion Sense’ and face unlock features. While opinion on how it looks may be torn, the form again highlights the presence of these sensors.

Even better, the software works with the sensors too. When you interact with the Motion Sense tech, the top edge of the display glows and follows your gesture. It’s impressive to see how the software and hardware blend and respond to users’ interactions.

Double exposure controls are the next step in phone photography 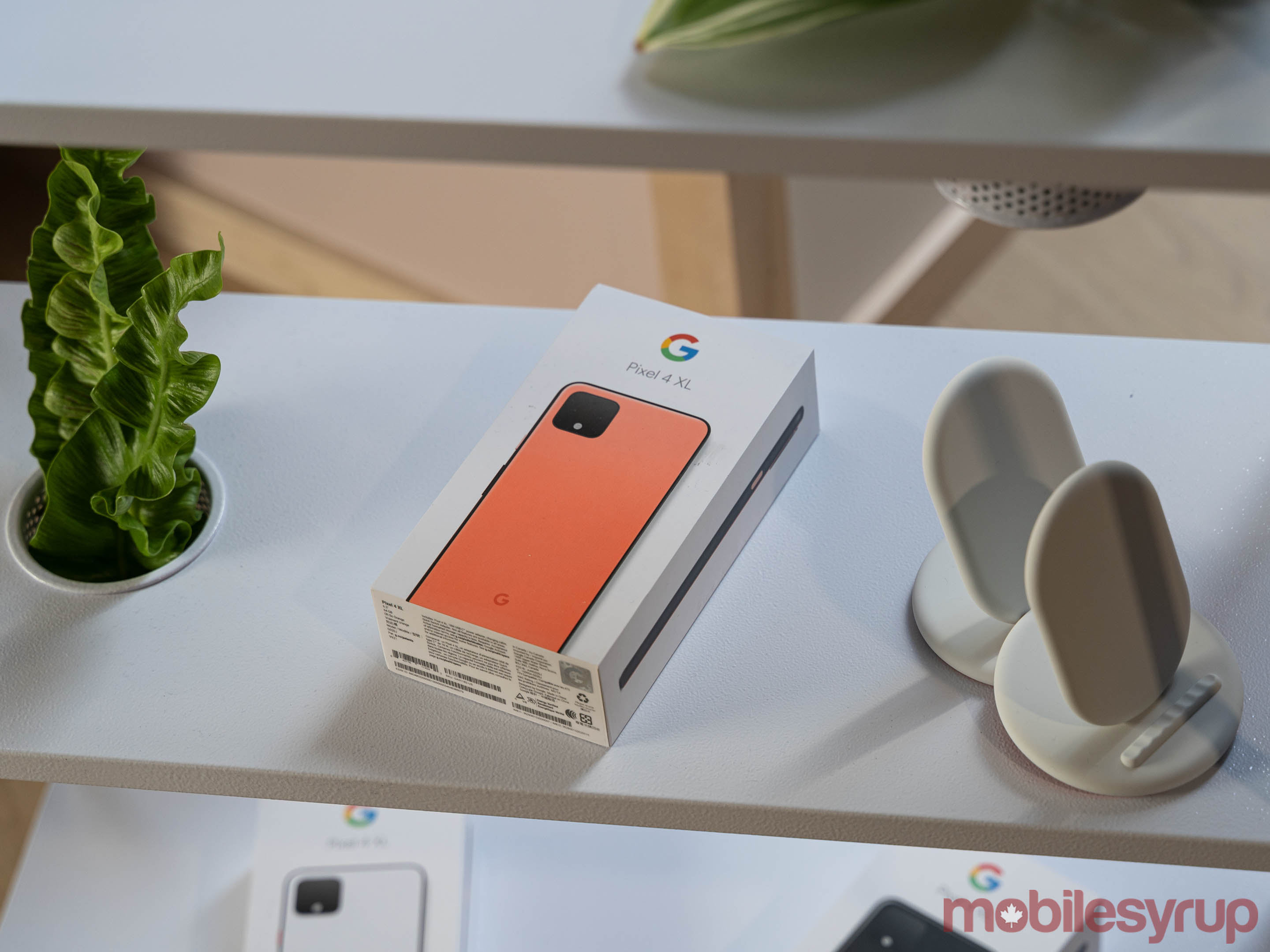 Google has done a lot of work with both the front-facing and rear-facing shooters.

One of the highlights of the camera is the ability to quickly double-tap on the desired target, causing the viewfinder to instantly shift to 3x zoom. Google calls this feature ‘Super Res Zoom,’ and even though I didn’t get to test it out a lot, pictures looked good and were still detailed. After 3x zoom, the images lost a lot of their detail. While, I didn’t directly compare it to the P30 Pro, we could tell immediately that Huawei’s handset beats the Pixel in the zoom department.

But that might be the only place where Huawei’s phone excels.

The Pixel 4 series can adjust exposure in two points. There are now two sliders that allow users to change the highlights and the shadows featured in an image. This is typically a problem with most smartphones when you attempt to adjust exposure. They often make dark skin brighter, but overexpose the background lighting, and vice versa. 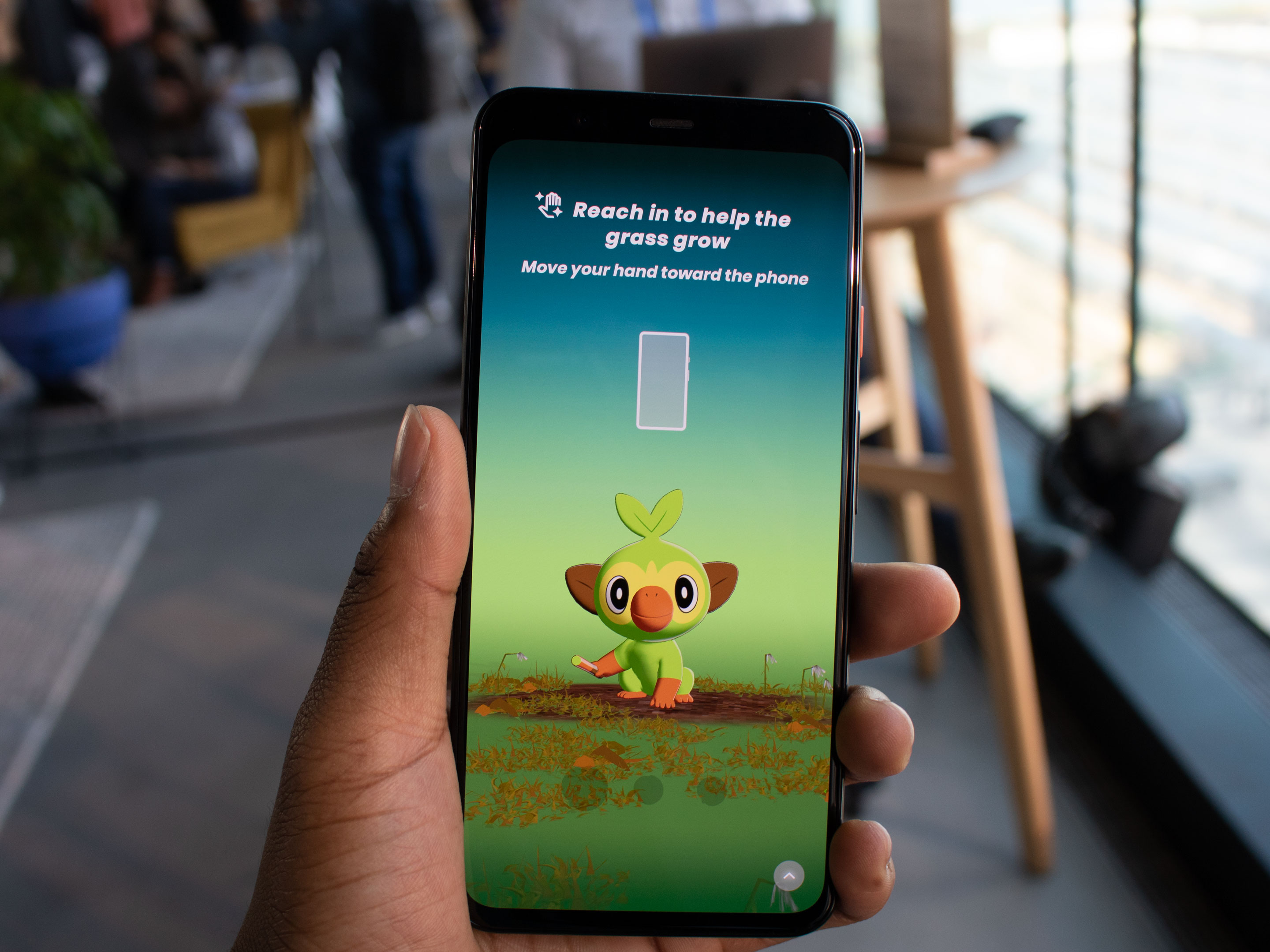 The Pixel 4’s double exposure should fix this problem, at least in theory. We tested it out a bit, and it seemed like the feature worked well. We need to spend more time with the functionality before passing final judgment, but Google might have made the best phone camera for people of colour and bright lighting conditions.

There’s also an astrophotography feature that we got to see pictures of but were unable to test out ourselves. Astrophotography seems cool, especially if you’re camping or live in a more rural area. Since I live in Toronto the feature probably won’t work well due to the city’s light pollution.

It’s important to note that Google’s HDR+ camera feature seems to be always on by default. It’s unclear if there is a way to turn off the feature in the Pixel 4’s camera settings. Although, this can be remidied by using the multiple exposure controls to make pictures appear like they wearn’t shot in HDR. This time around Google has even made its viewfinder screen reflect what the picture will look like when you take it. This means that it shows you the HDR output so you have more control over your shots.

On the front, Google got rid of the Pixel 3’s secondary camera, and now the device only features a lone 8-megapixel shooter. Thankfully, it comes equipped with a wide 90-degree lens to help capture pictures of you and your friends. The selfies shot with it looked spectacular, though we couldn’t tell if they were much better than the Pixel 3’s. This isn’t necessarily a bad thing given that the Pixel 3 delivered excellent selfies.

Change songs without touching your phone 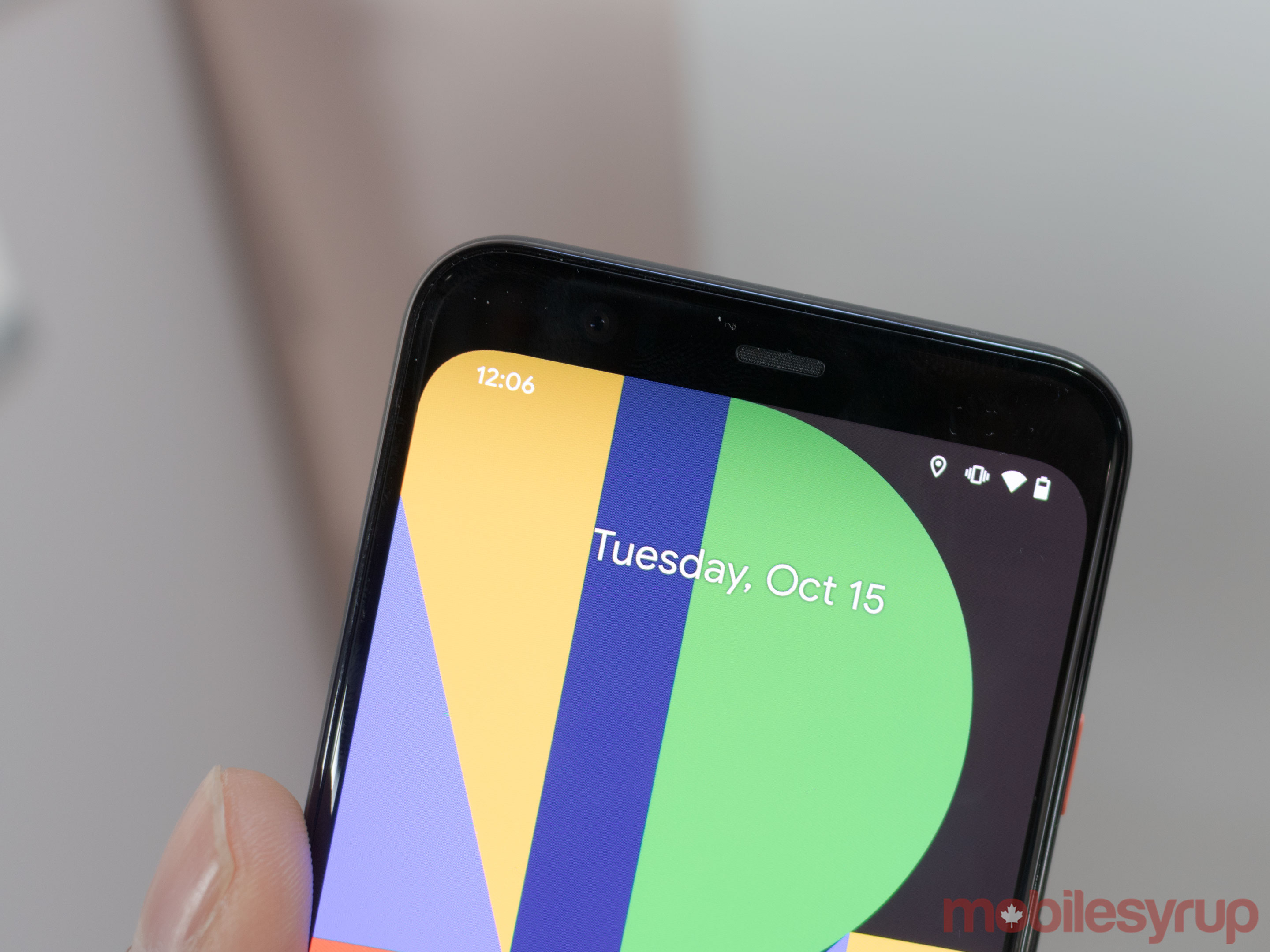 Motion Sense is Google’s new feature that lets users perform gestures without touching the device. We watched a live demo of this, and it worked seamlessly. The Google representative quickly change songs on Spotify and YouTube with a few simple swipes of her hand. The feature performed smoothly and flowed well. When we tried it, on the other hand, we could barely get it to work right away.

With a few more tries, we got it up and running not as quickly or smoothly. However, we think this will likely improve with more practice. What’s good about Motion Sense is the little white/blue bar that appears at the top of the screen to inform the user that Motion Sense is in-use. Users can also swipe away a timer and reminder with the functionality.

After using the LG G8 ThinQ’s Hand ID and Air Motion, it seems like LG did more with touchless gestures, but Google’s might be smoother. Similar to other Pixel 4 features, we need to perform more testing before coming to any conclusions.

Google got rid of the fingerprint scanner 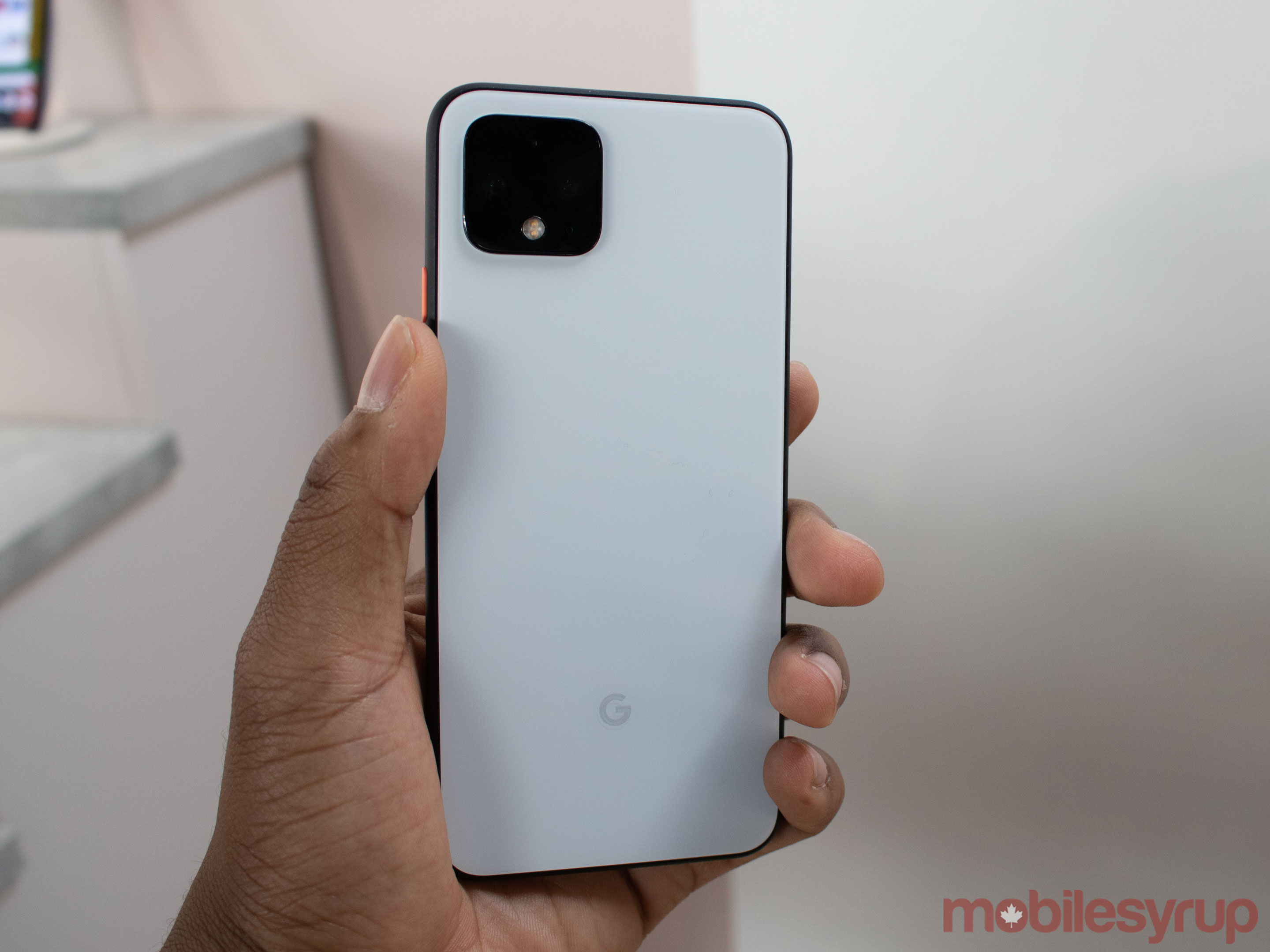 What’s likely the strangest thing about the Pixel 4 is the smartphone’s lack of a rear-facing fingerprint sensor. Instead, Google took a page out of Apple’s playbook and now only features facial recognition in the smartphone. First, we watched a live demo of face unlock and the Google representative was able to glance at the phone on the desk and the device quickly unlocked.

We also set up the feature and it unlocked faster than any Android device we have ever used. This includes the LG G8 ThinQ and the Mate 20 Pro. Those two handsets feature 3D depth-sensing technology in their bezels to work with facial recognition, so this is impressive on Google’s part.

Dean wasn’t able to get the phone to unlock from his desk. However, he believed it could be because of any number of reasons, including lighting, where he placed the phone, his positioning and more. Even skin colour could be a factor as the initial iPhone X reportedly suffered from issues with people of a darker colour. Jon had no issues getting the face unlock feature to work.

New Assistant not coming to Canada at launch 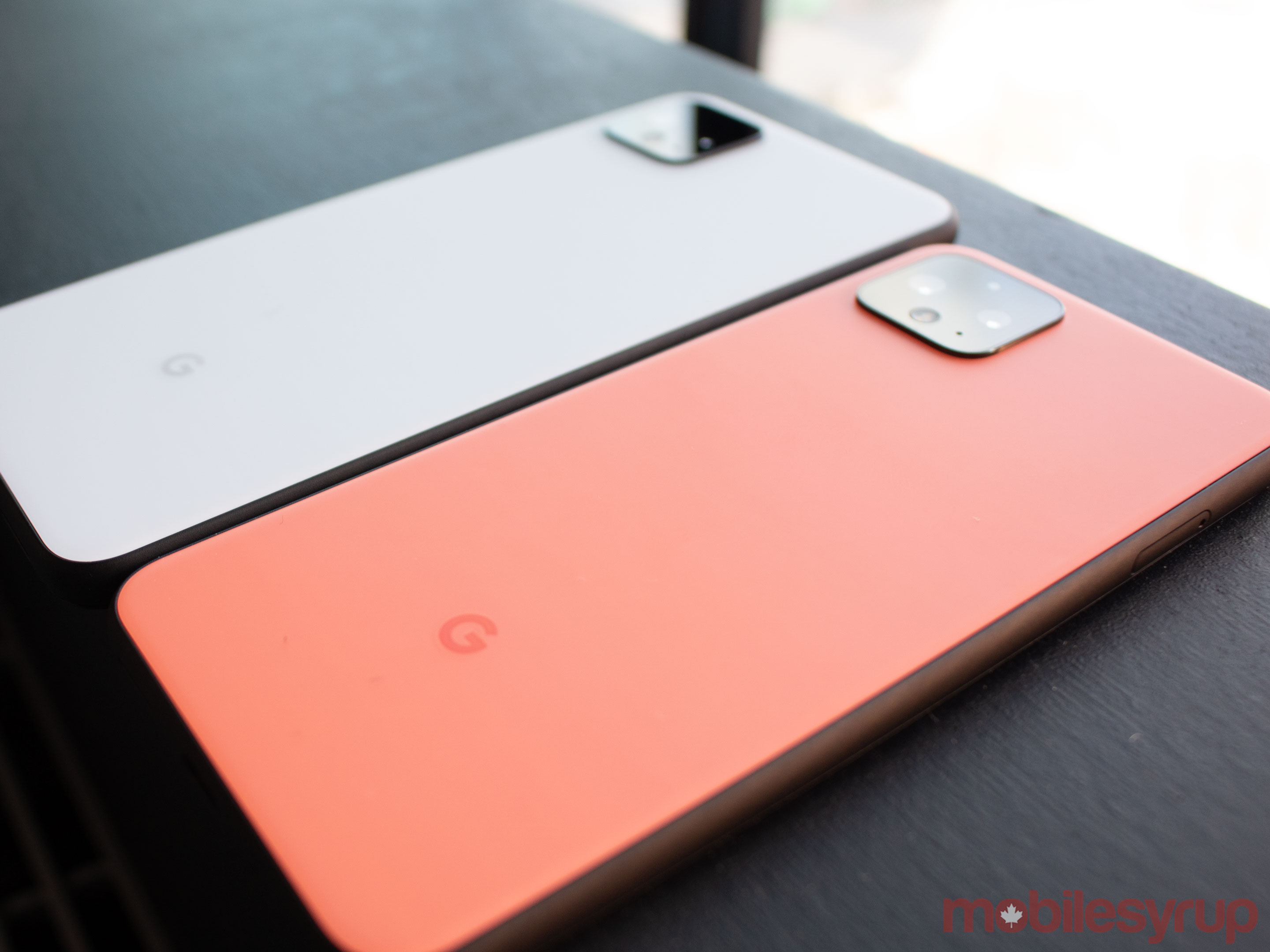 One of the best features that the Google representative showed off was ‘New Assistant.’ Unfortunately, the new version of Google Assistant will not be coming to Canada at launch. The New Assistant works quickly, allowing users to barrage it with questions and commands rapidly. The New Assistant accomplishes this through the combination of on-device machine learning and the ‘Continued Conversations’ feature. With Assistant on-device, it works a lot faster as it doesn’t need the information from the Cloud.

So far, Google’s Pixel 4 and 4 XL are excellent devices. We’ll put features like the battery, the camera, face unlock, Motion Sense, and the Qualcomm Snapdragon 855 processor through their paces before our final review. In the future, we’re also looking to compare the Pixel 4 to the iPhone 11 Pro’s cameras, so stay tuned for a direct camera comparison.

The ‘Just Black’ and ‘Clearly White’ Pixel 4 devices are now available for pre-order, with Google releasing both versions of the smartphone in Canada on October 24th.