Give it a little time to grow

Throughout my time at MobileSyrup, I’ve become the designated reporter that reviews Samsung’s slate of smartwatches, ranging from the Gear S3 to the Galaxy Watch Active 2.

However, I’ve never tried my hand at any other smartwatch brand until now. After almost three years of reviewing Huawei smartphones, when I had the opportunity to start reviewing Huawei’s smartwatches, I jumped at the chance.

Similar to the company’s most recently launched phones that don’t feature access to Google’s Play Store, the Huawei Watch GT 2 is a solid wearable, but it lacks what it needs to match Samsung’s and Apple’s smartwatches. 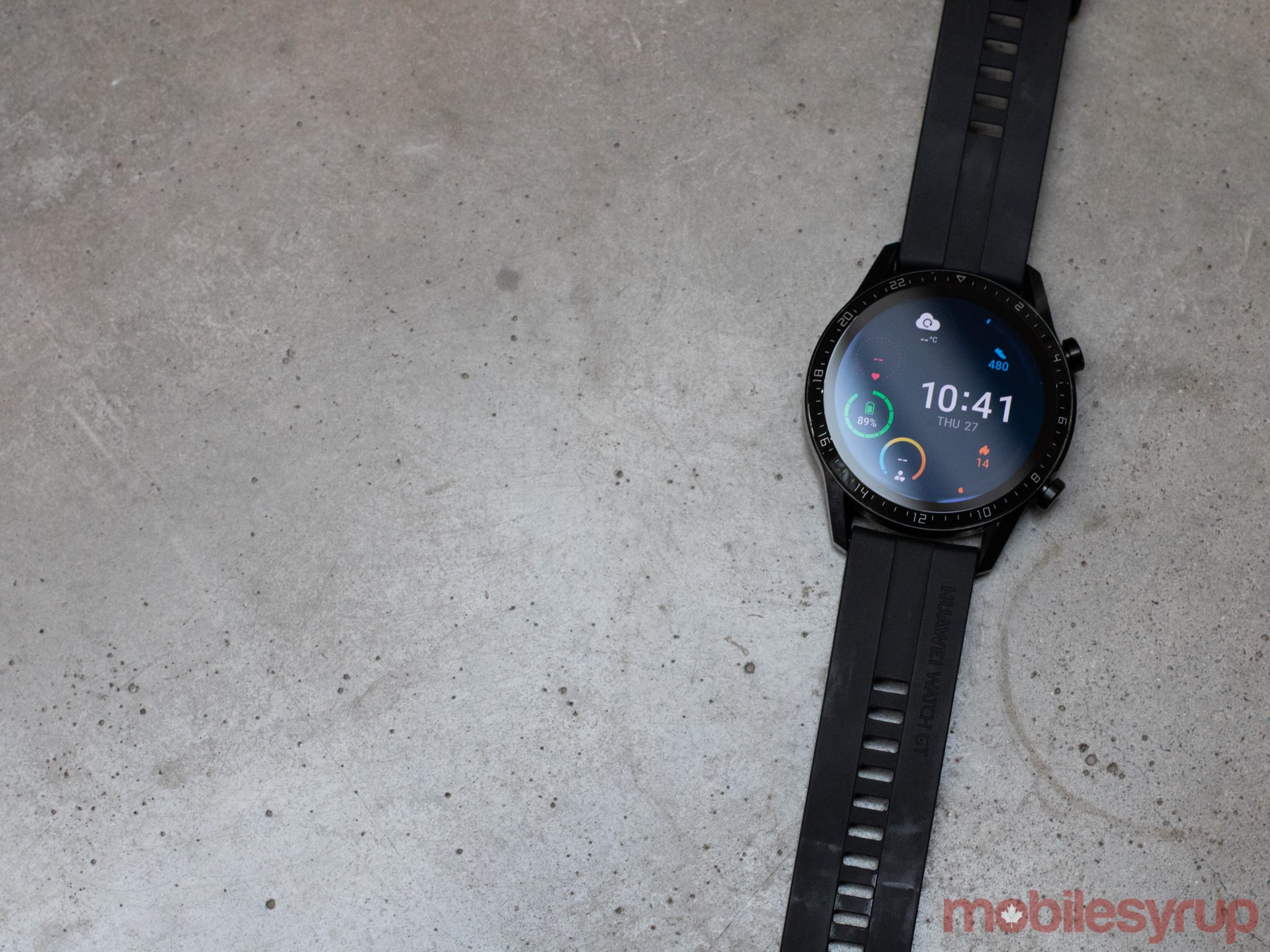 I used the 46mm Huawei Watch GT 2, and though it felt like a thick boy, in reality, it’s smaller than the other smartwatches out there. I prefer the lighter watches, but the Watch GT 2 is impressive; though it has a 46mm frame, it only weighs 41g. To compare, the 44mm Apple Watch Series 5 weighs 47.8g, and the 44mm Galaxy Watch Active 2 comes in at 44g. The watch looks fine, but I personally prefer the look and elegance of slimmer watches.

So while I found the Watch GT 2 bulky and not my style, I appreciated that it didn’t necessarily feel as heavy as the Gear S3 Frontier that I tried out a couple of years ago.

The 46mm Watch GT 2 features a 1.39-inch AMOLED display with a 454 x 454-pixel resolution. Everything on its screen looks fine because it’s a watch and no one is trying to watch videos or swipe through Tinder on a wearable.

The GT 2 looks like a run-of-the-mill sports watch with a circular display. It also has a selection of watchbands, as well as a customizable bottom button and a home button. 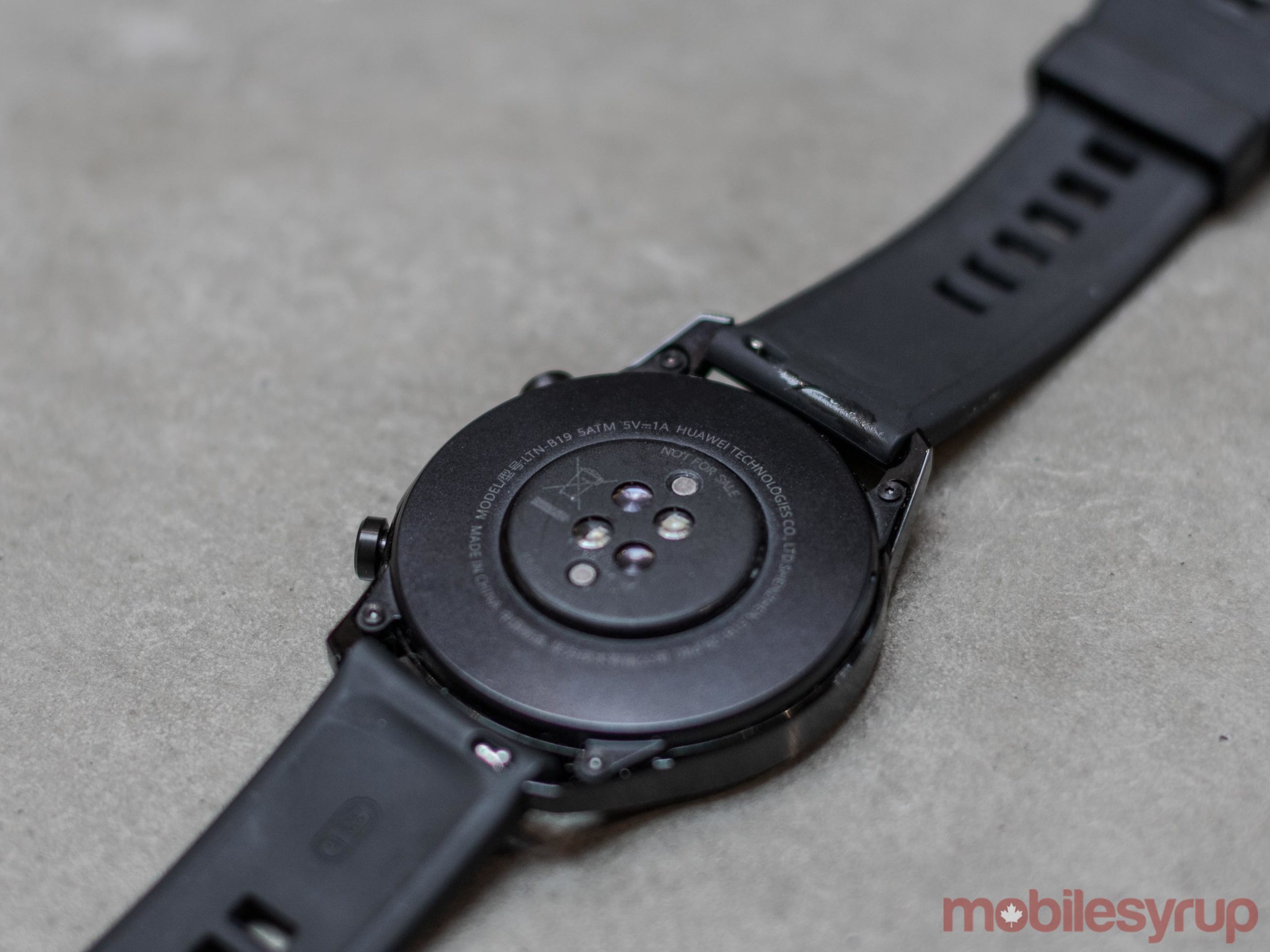 Other than its simple appearance, the best thing about the watch is its battery. The Watch GT 2 features a 455mAh power source that can survive at least five days with heart and stress monitoring turned on.

The Watch GT 2 featured the best battery life of any smartwatch I’ve ever used. There was a day where I had left the watch in my bag with less than five percent battery (I forgot to charge it overnight) and it still made it through the entire workday in my backpack while connected to my phone.

Unfortunately, the rest of my experience with the GT 2 wasn’t as stellar. 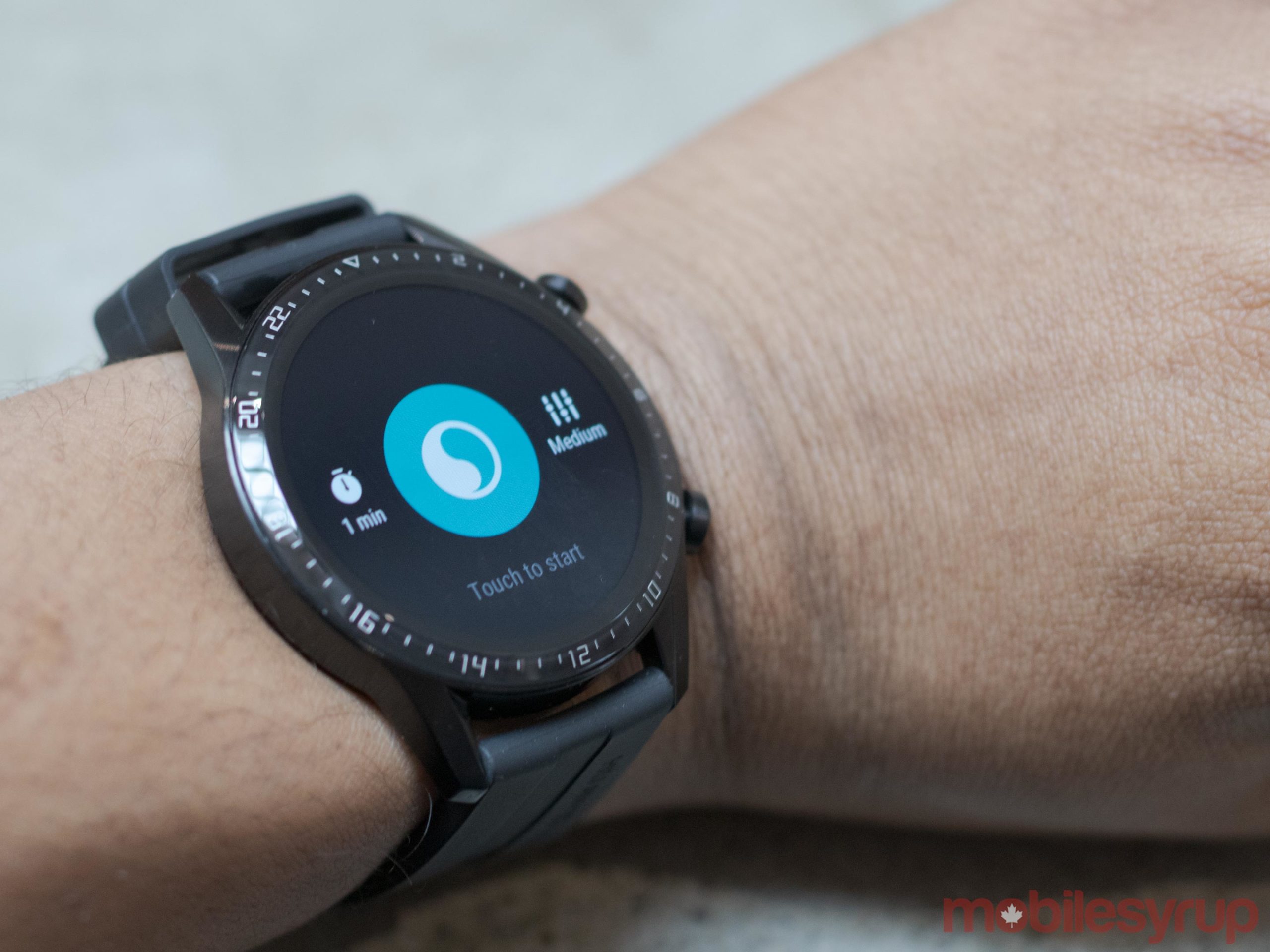 Huawei’s Watch GT 2 doesn’t use Wear OS, TizenOS or Apple’s watchOS, but instead features the company’s proprietary ‘LiteOS.’ For context, Huawei stopped using Google’s Wear OS back in 2018. The China-based company then moved to develop its own very basic wearable operating system.

The platform features everything you’d find on a typical smartwatch, including a heart rate tracker, weather, music, sleep and stress monitoring, the ability to track your workouts, and more. These features all seemed to work well, except for the sleep tracking. I spoke to Huawei and an update was needed before it started working. After the update and resetting my watch, the sleep tracking worked like a charm.

All you need to get the health monitoring setup is the Huawei Health app on your smartphone, and it’s a lot easier to set up the GT 2 than the assortment of apps you need to download for Samsung smartwatches. 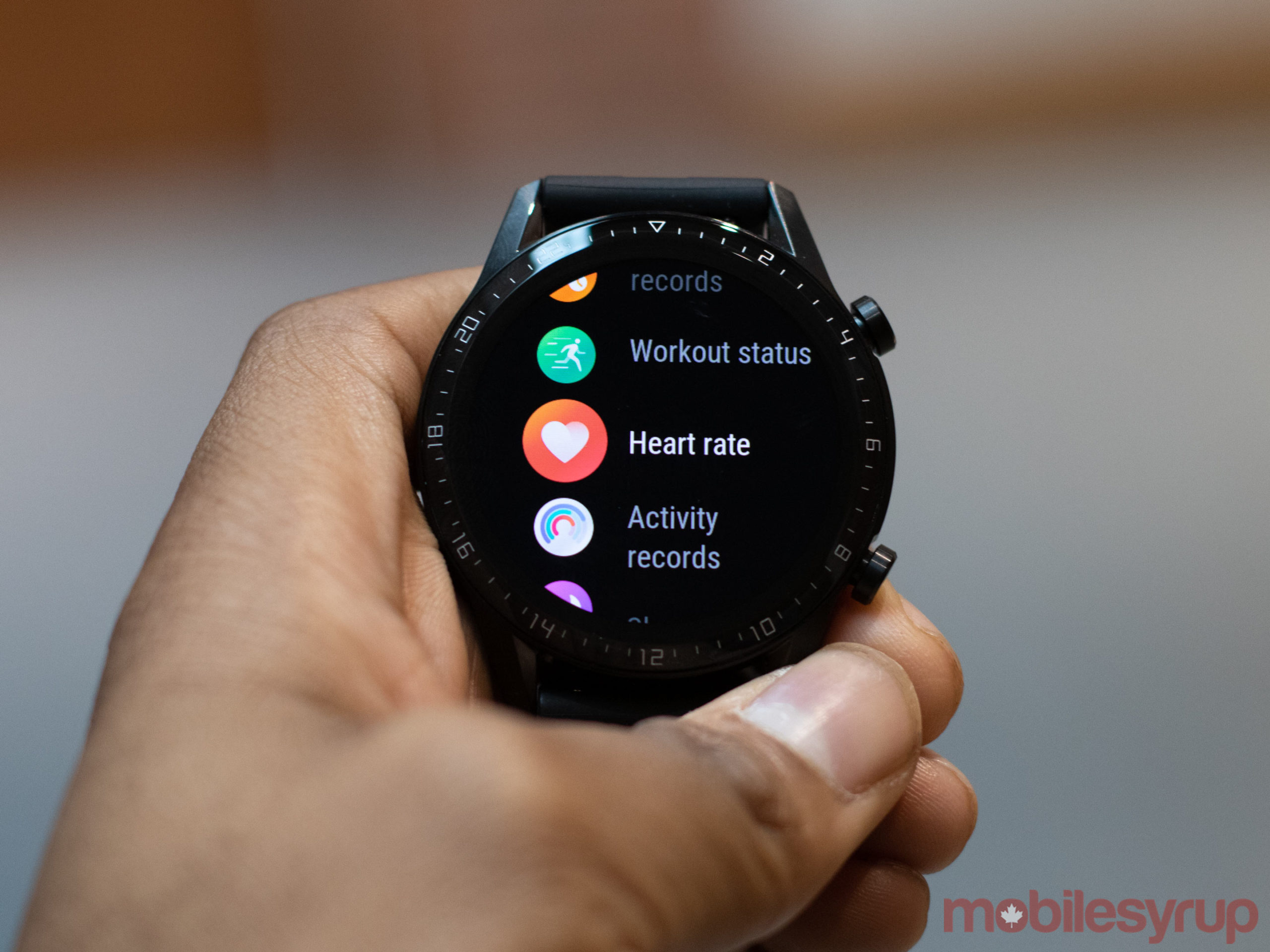 The most significant issue the Watch GT 2 suffers from is the lack of an app store. While I typically don’t download third-party apps on Samsung smartwatches, at least they’re available. The same can be said about the Apple Watch. Huawei’s LiteOS doesn’t offer any additional apps, and that might be a big issue for many smartwatch users.

In Canada, the Watch GT 2 also lacks NFC, which means you still need to take out your phone or wallet to make purchases.

Huawei’s wearable operating system is probably good enough for some people, but if you have any interest in downloading additional apps, you definitely won’t be happy with it. This is unfortunate because Huawei’s Kirin A1 processor keeps the watch at a speedy pace.

There’s also a lack of customization with the GT 2. Users are only able to select from a few watch faces and the ability to select what the bottom button does.

Needs some time to grow 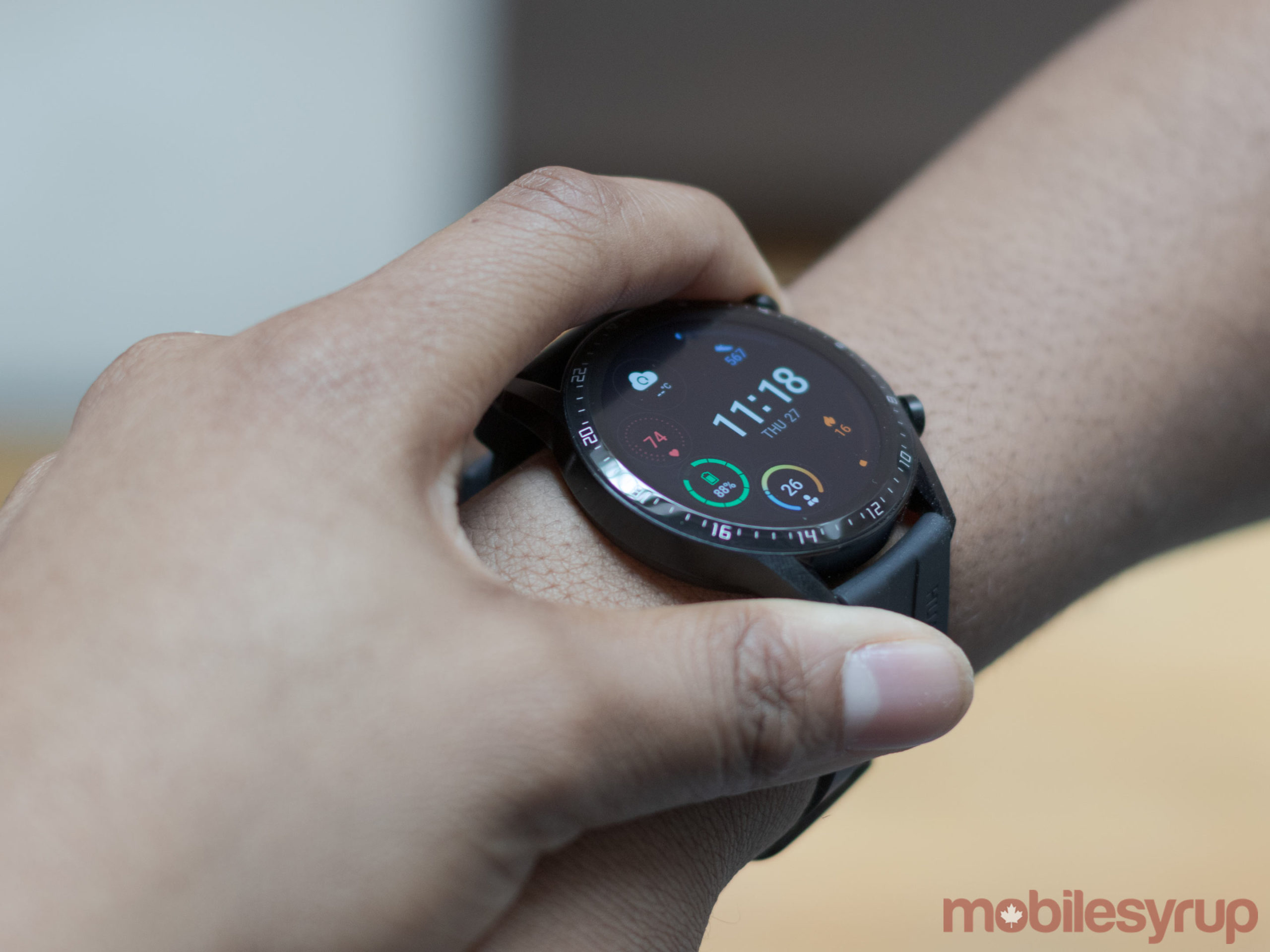 The Watch GT 2 isn’t a lousy smartwatch by any means, and I appreciate the design and usability, including being able to take surprisingly clear calls on the watch. Its fitness tracking is good, and its battery is superb. But I don’t see this being a top-pick for many users because of the limitations of LiteOS.

As the operating system evolves, hopefully there will be more customization options and a third-party app ecosystem. Until then, you might want to think before dropping $299 CAD on the Watch GT 2.