Huawei Mate 30 Pro Review: Great smartphone, but not for everyone

The phone that was cheated by the U.S.

The Mate 30 Pro — which was first revealed back in October of 2019 — features impressive hardware but lacks Google Play Services, which is why it took Huawei several months to bring this device to Canada.

Now that the company is poised to release the Mate 30 Pro here sometime in May, the question at hand is if the smartphone is still worth buying given it doesn’t have access to the Google Play Store and subsequently, several important Android apps.

I spent a week with the Mate 30 Pro and I can confirm that the lack of Play Store access is a serious issue most users will likely have a problem with.

So while I found the Mate 30 Pro to be a solid device, without access to Google Play Services, it’s difficult to recommend anyone purchase it. 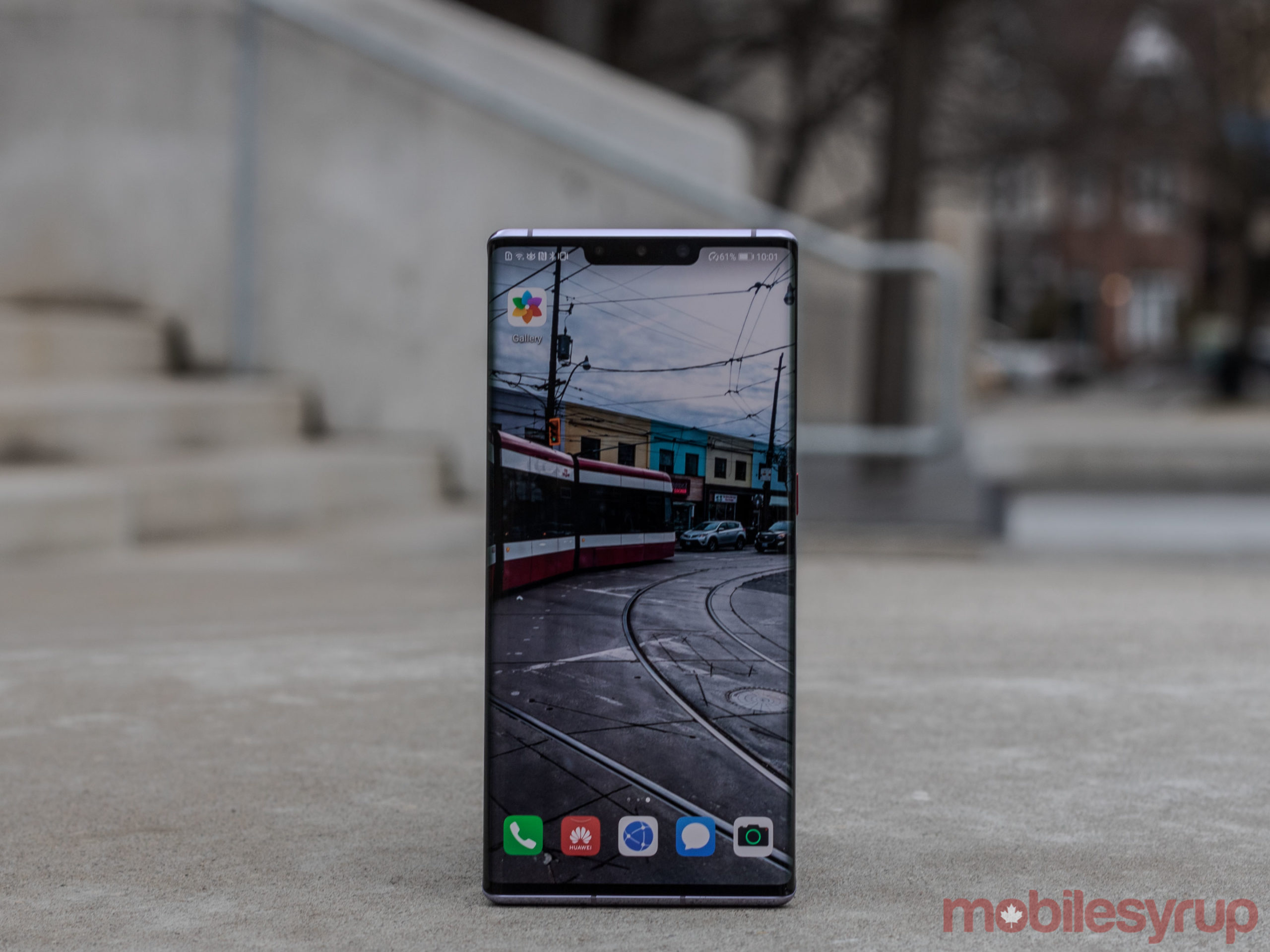 The Mate 30 Pro features a 6.53-inch curved waterfall screen with an 1176 x 2400 pixel resolution. I like the look of the curved display, as it provides an immersive and bezel-free experience that gives the phone a unique 3D vibe.

Even with a resolution lower than other high-end Android flagships, the display is still vibrant and detailed. Some phones on the market like the Galaxy S20 and the iPhone 11 Pro feature better, more vibrant displays that offer a wider range of colours, but the Mate 30 Pro is still a top contender.

That said, the curved display is intense, and I can see that being an issue for some people. And while I didn’t experience any accidental touches, I did have problems with some navigation gestures. For example, swiping from the right or left edge to go back didn’t always work.

Due to the edges extending to the back of the phone, Huawei removed the volume rocker. Instead, users control the volume by tapping the left or right side of the handset and then sliding their finger up and down the edge of the smartphone.

For me, this worked well, but on occasion, I experienced issues where I couldn’t get it to function reliably. And unlike most phones, turning the volume up or down in your pocket is more complicated than I’d like.

As for the rest of the design, the Mate 30 Pro features a rectangular-shape similar to the Galaxy Note 10 series. The smartphone has tiny top and bottom bezels as well as a wide iPhone X-style notch with three sensors.

Additionally, there’s an infrared sensor at the top, which I found useful and a feature more smartphones should include as it allows the handset to work as a TV remote. On the right-hand side, the device has a red power button — the only button on the handset. 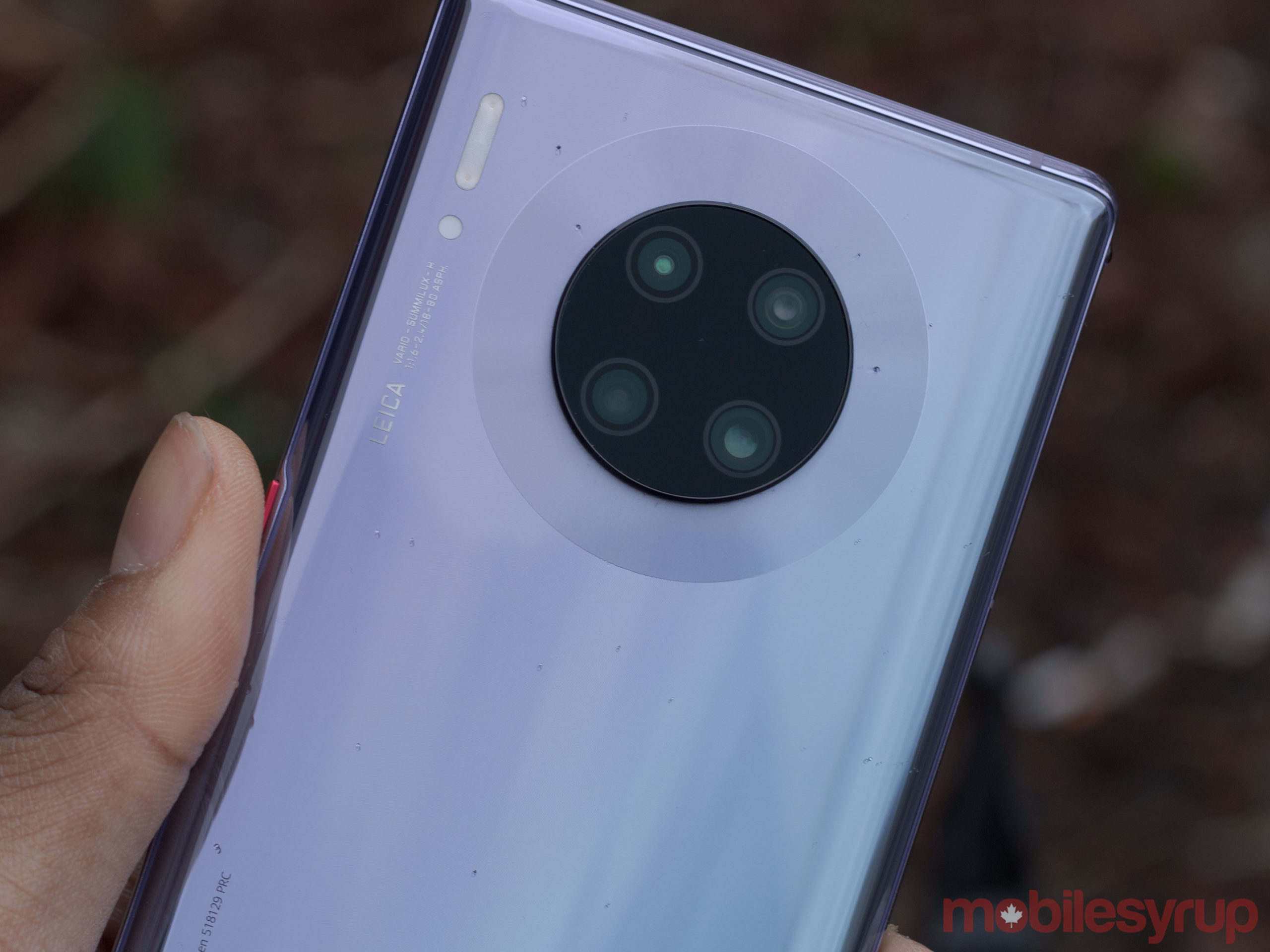 The camera isn’t perfect, but it gets the job done. Low-light shots capture an impressive amount of light, and when you turn on Night Mode, it completely changes the scene to look like it was shot in daylight. While it may not be an accurate depiction, I like it, and it definitely helps make pictures clear.

Comparing the same picture I took with the S20+, the Mate 30 Pro features nearly the same level of brightness, but the image’s focus is softer. However, it does offer a more dynamic range of colours.

The wide-angle 40-megapixel camera is capable of taking some of the best shots I’ve seen a wide-angle camera snap. In fact, the difference in quality between the primary and ultrawide cameras is barely noticeable. I did notice that some of the pictures taken by the ultrawide camera feature a slightly green hue, though this is only noticeable when place the photos beside one another.

Generally, the quad setup captures crisp, detailed and vibrant shots, but it’s important to point out that the Mate 30 Pro still automatically brushes and lightens skin, but it’s improved over previous Huawei handsets. And while as a black person I typically hate this, the Mate 30 Pro does a good job at retaining skin colour. There’s also a vibrant mode on this handset similar to previous Huawei phones that make pictures slightly more saturated.

Generally, images feature a great sense of depth and the background isn’t blurred in a way that seems artificial. These shots look good and are comparable in terms of quality and the sense of depth offered by the Pixel 4 series. The Mate 30 Pro also has excellent edge detection that’s great at making sure the subject in the photo isn’t blurry.

Huawei did a superb job with its 32-megapixel front-facing camera as well. I find the device slightly over-exposes images, but it’s a lot better than previous models and features significant detail. 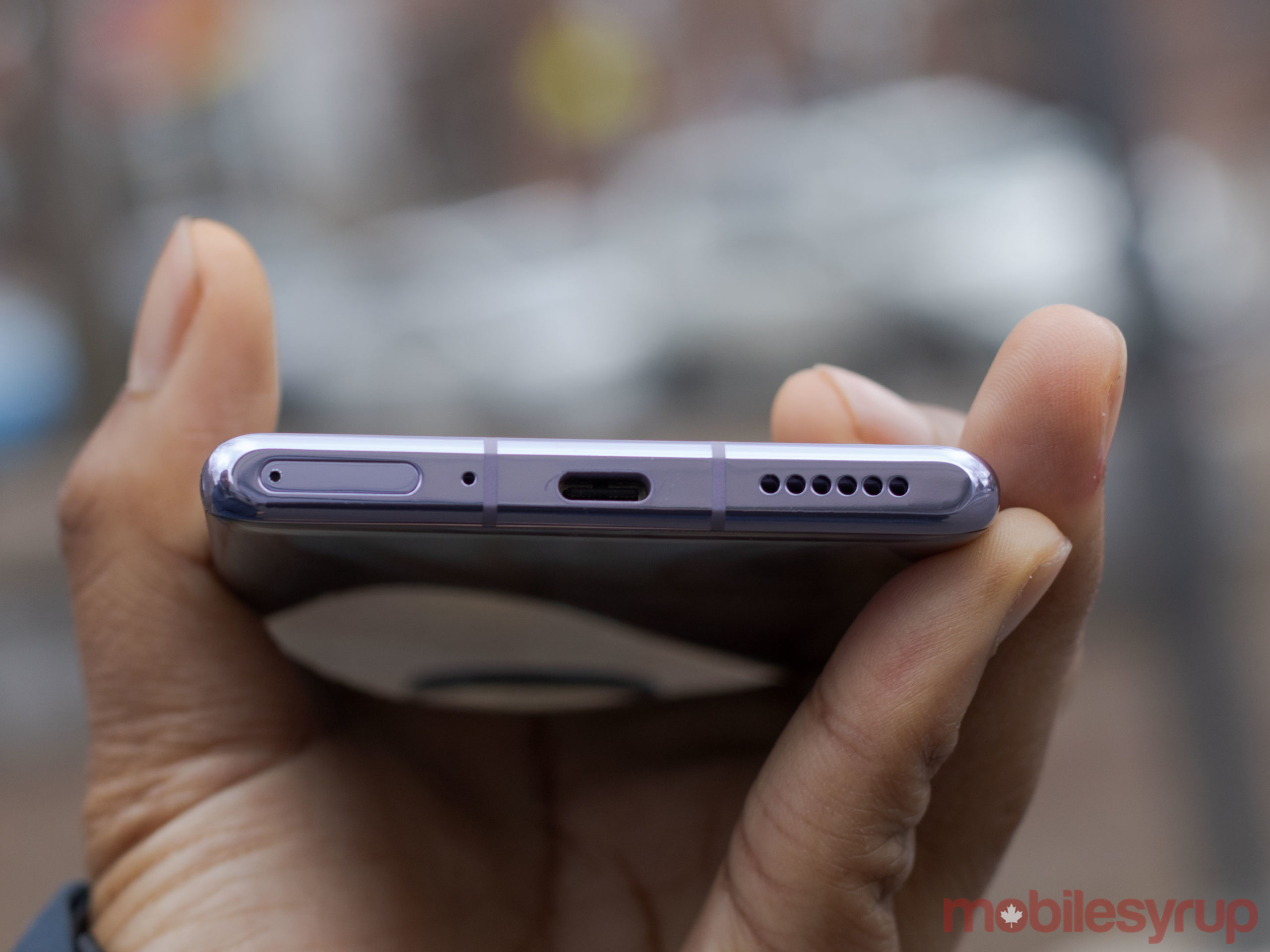 Huawei’s Mate 30 Pro sports a 4,500mAh battery that can last surprisingly long. With average usage, which includes periodically checking Instagram, surfing the web, using YouTube, and more, the device can make it through nearly two days. And with a 40W wired charger, I found that the smartphone is capable of charging to full in less than 80 minutes.

Other hardware specs the Mate 30 Pro offers include 8GB of RAM, 128GB of storage and a Kirin 990 chipset. I found the device was speedy, quick and able to handle any task I threw at it.

EMUI 10, which is based on Android 10, isn’t that bad, either. The UI was first available on the P30 Pro. The experience is fluid and runs together cohesively; additionally, the interface is quick and quite smooth. There’s also a lot less congestion and Huawei did an excellent job at making the experience more straightforward compared to EMUI 9 by cutting down on menus. While it’s still not as good as stock Pixel, it’s catching up and has pulled ahead of some of its competitors.

The elephant in the room 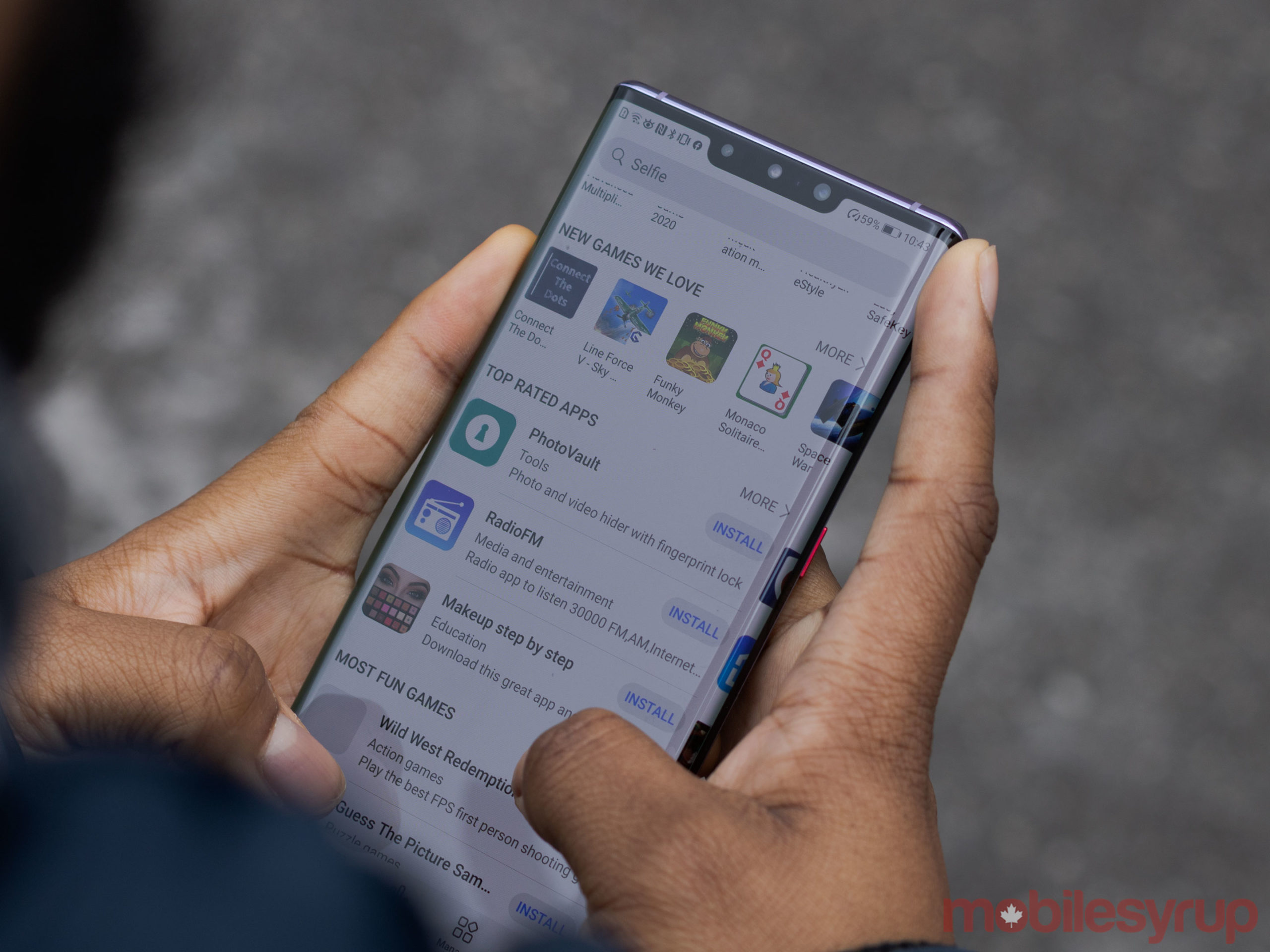 Huawei says that globally, the App Gallery is the third-best app store in the world and that 5,000 new apps are added weekly. However, most Canadians will likely find the App Gallery storefront to be disappointing.

For example, the app store lacks crucial apps like Facebook, Instagram, Uber, YouTube, banking apps, Google Pay, streaming apps like Netflix, Crave and Disney+, and so much more. The App Gallery has tons of apps you can choose from, like TikTok, the Weather Network app and Wattpad, but none of the essentials.

For example, without 1password, I couldn’t easily get into my accounts. So right off the bat, I was in trouble. And until the App Gallery catches up with the Play Store and the App Store, which will be nearly impossible considering the head start those app stores have, this phone isn’t for most users. 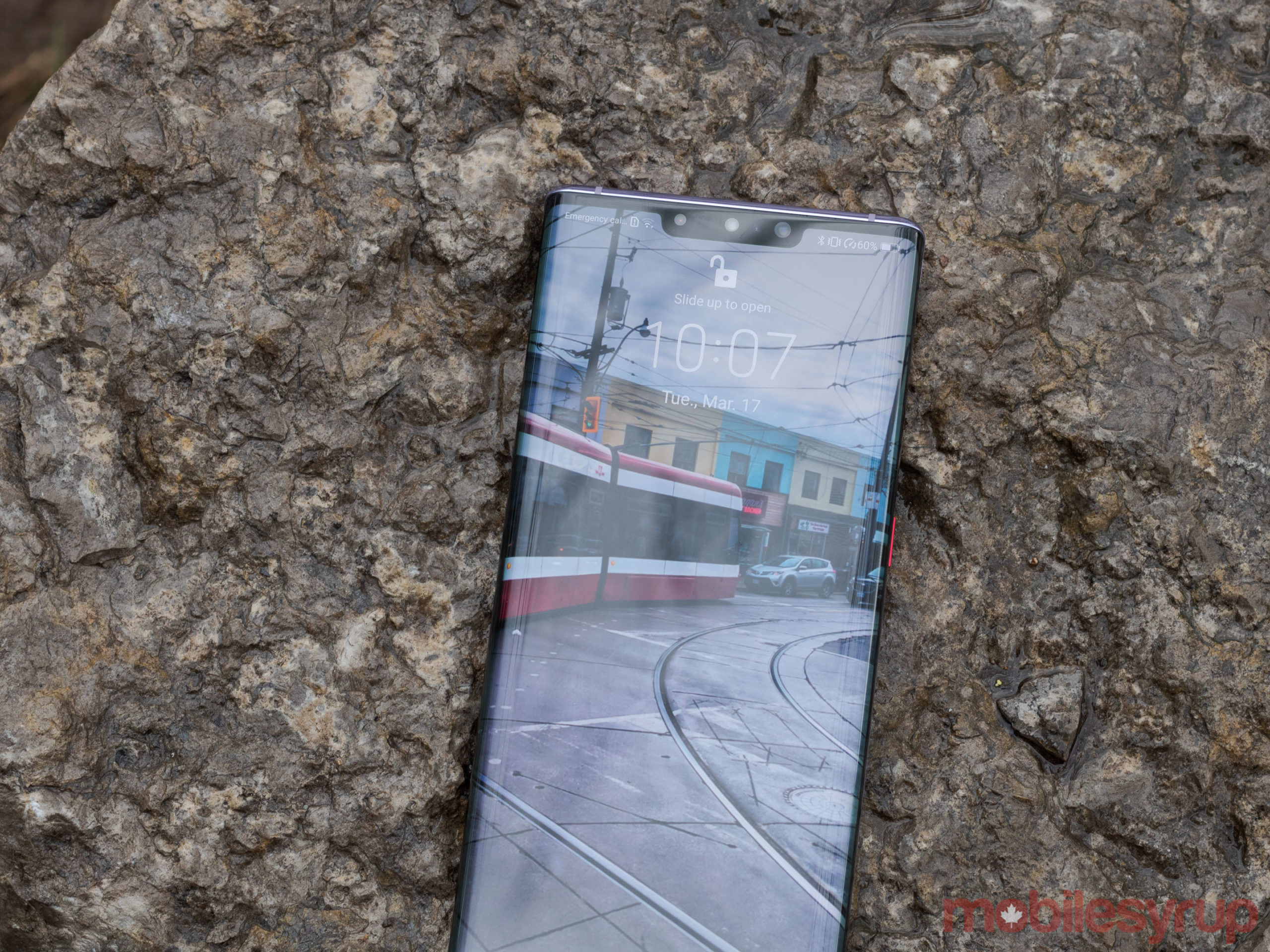 Huawei knows this, though, and claims it isn’t selling its new flagship to the average smartphone user. Instead, the company says it’s targeting those who really want to use the company’s hardware, “tech-hungry people who can’t wait any longer,” to be exact.

For those willing to give the Mate 30 Pro a shot, you can still get your apps in a variety of ways. Facebook and WhatsApp provide their own dedicated APKs, you can head to other APK websites, and for myself, I used a Huawei-dedicated app called Phone Clone. Phone Clone copied all my apps from my previous handset — even those not available in the App Gallery — to the Mate 30 Pro.

This comes with stipulations because some apps still don’t work without Google Play Services. I couldn’t get Uber to function, and while the Starbucks app works, it kept reminding me that the Play Store is not installed. I wasn’t able to download Netflix with Phone Clone and its APK didn’t work, either.

Further, what’s potentially dangerous about this is that these apps won’t receive important updates, leaving them open to security vulnerabilities.

Huawei advises users to download apps from its App Gallery and not the other methods.

We're also still missing several important details regarding the Huawei Mate 30 Pro. Huawei is bringing the phone to Canada in May, but it's unclear exactly when. Further, we don’t know if it is launching with carriers or how much it will cost.

The Mate 30 Pro is a hard sell. Huawei did everything right: the camera is solid, the handset feels and looks premium and the battery is excellent, but without Google Play Services the device won’t be worth it for most Canadians.

While the Mate 30 Pro is a great premium phone, if you're not a Huawei enthusiast or someone who's crazy about tech, you might want to dodge this handset.

"Huawei did everything right"