Huawei overtakes Samsung with most smartphones shipped in Q2: report

Huawei shipped more smartphones worldwide than any other manufacturer for the first time in Q2 2020, according to a new report from analytics firm Canalys.

The report notes that this is the first quarter in nine years that a company other than Samsung or Apple has led the market.

Canalys notes that since Huawei is still subject to U.S. government restrictions, its business outside of mainland China has shifted. For instance, its overseas shipments fell 27 percent in the quarter.

However, it’s dominating its domestic market, and the company boosted its Chinese shipments by eight percent. Huawei now sells over 70 percent of its smartphones in mainland China. 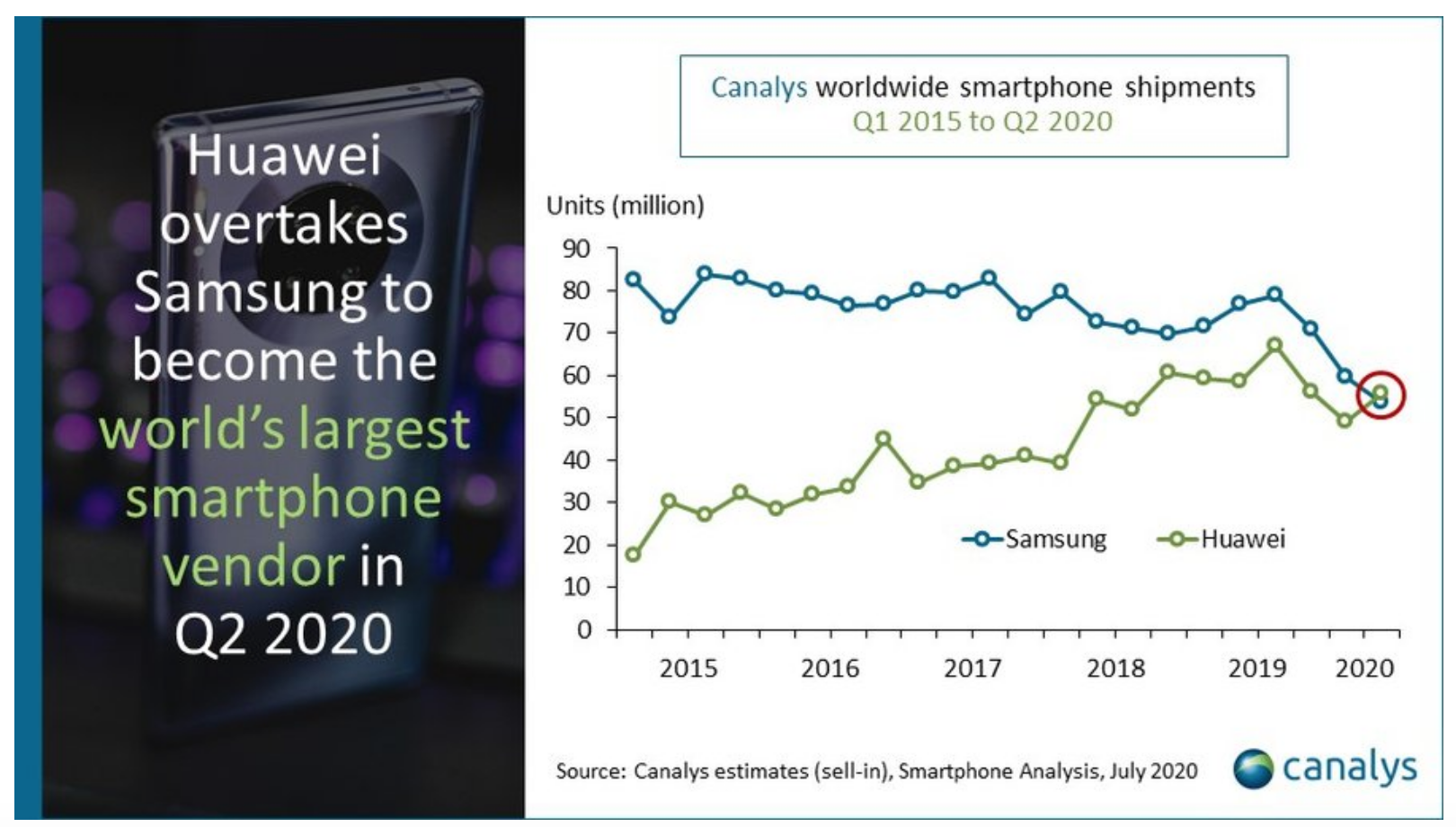 “Samsung has a very small presence in China, with less than one percent market share, and has seen its core markets, such as Brazil, India, the United States and Europe, ravaged by outbreaks and subsequent lockdowns.”

This report comes as Huawei settled a patent dispute with Qualcomm, which means that it can still build chips. It’s interesting to note that although Huawei seems to be doing well this quarter, it may not be the same in the next quarter.

Samsung has stated in its recent earnings report that it expects mobile sales to rebound this quarter due to its upcoming new device launches at its Unpacked event on August 5th.